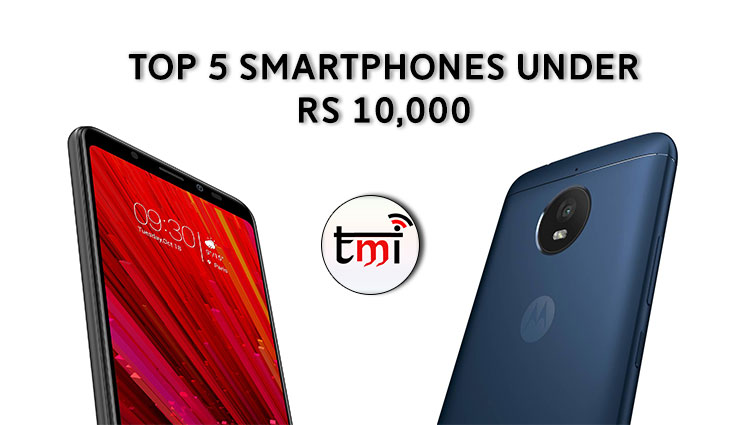 If Rs 10,000 is probably where your budget ends, here are our top 5 picks for the month of September.

Budget Smartphones are no longer thick, ugly looking, smart-less piece of tech which use to attract a lot of customers with their price but often ended up in the disappointment bin. Companies like Xiaomi and Motorola have changed the entire plot which surrounds the sub 10K category. Not only you get some decent specifications out of the box, companies are also not compromising on the design and build quality. Well, these are obviously nowhere near the flagship devices which takes most of the glamour, however, we cannot deny the fact that majority of the Indian smartphone audience basket takes in value for money proposition very seriously. If you are one of those, these are our top 5 smartphones under Rs 10,000 for this month. Let’s break it down.

Note: This list is in no order of preference. 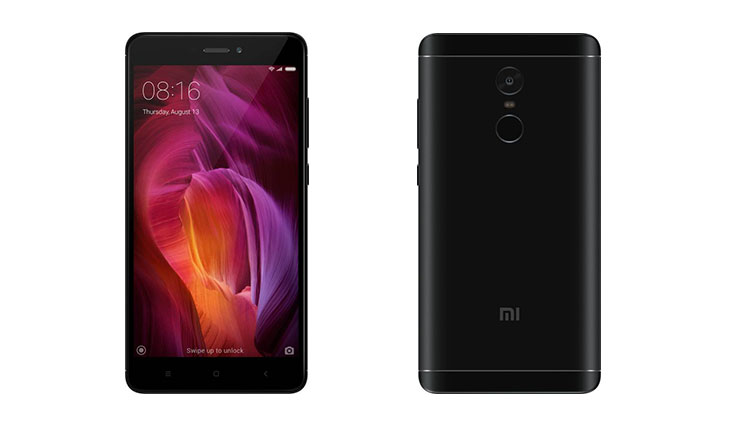 We could have gone for the Redmi 4 and no doubt, it is one of the best-selling devices from Xiaomi at the moment, however, the Redmi Note series have been kind of a semi-flagship lineup from the Chinese giant. At Rs 9,999, Xiaomi Redmi Note 4 is probably the most balanced choice especially when we consider Qualcomm’s Snapdragon 625 chipset along with a behemoth 4000 battery. Yes! You might be disappointed with a sub-standard 2GB RAM and 32GB of internal storage and if that is the case you better go with the Redmi 4 (3GB RAM or 4GB RAM model) but if you are in for a top-notch performance vs battery balance – Redmi Note 4 is an ideal choice. There is nothing new design but it the Note 4 is certainly not a cheap feeling or bad looking handset. In fact, we actually like the fact the Xiaomi didn’t try something out of the way rather just added a bunch of tweaks here and there from last year’s Redmi Note 3 design. The Matte Black variant is our favourite but the device is also available in silver and gold colour options. 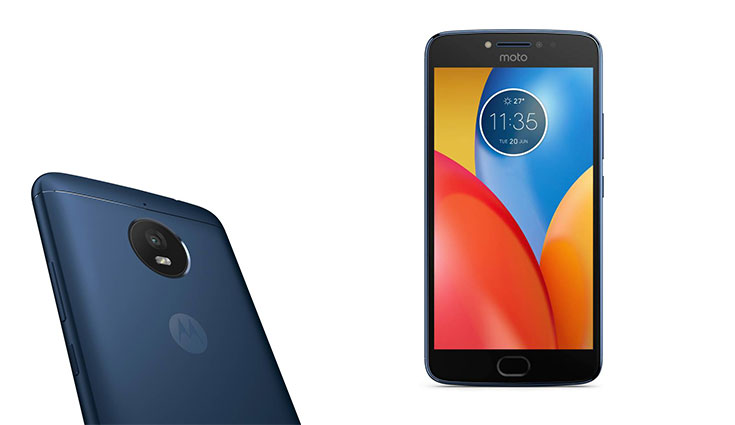 Apart from its Moto G series, Motorola has been exploring a lot of other options especially after it was acquired by Lenovo in 2014. Moto E series, which is also known for its massive battery capacity smartphones, has its new iteration in the name of Moto E4 Plus. The USP here is again battery. The device comes with a huge 5000 mAh battery which does take up some time to juice up but once there you can easily vouch on the Moto E4 Plus for an easy 2-day trip. Apart from this, we really like how Motorola managed to bring the same aesthetics as seen on the Moto G or Moto X series smartphones. Besides the battery, Moto E4 Plus also runs on near-Stock Android UI with minor tweaks and additions here and there. However, we are yet to get any confirmation for the Oreo update for this device. As a bonus, there is a dedicated microSD card slot as well, so two SIMs and a microSD card won’t be a problem on the E4 Plus. 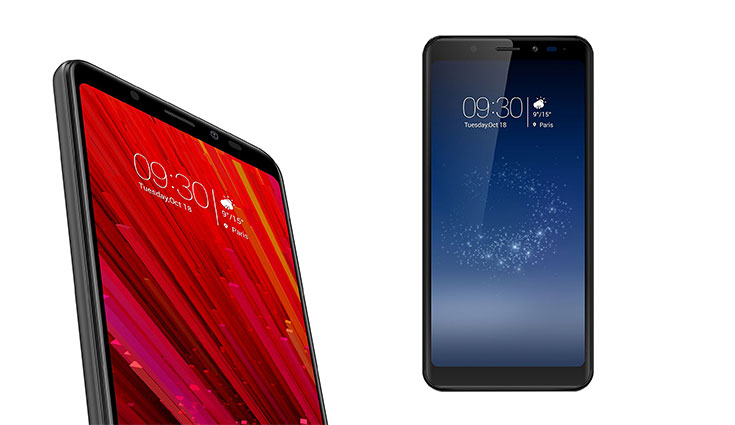 If you love the new edge-to-edge display on the LG G6 or the Galaxy and isn’t that heavy on smartphones, Micromax Canvas Infinity is a worthy consideration. Yes, the device sports a 5.7-inch (1440 x 720 pixel resolution) display with 18:9 aspect ratio. Although we still have bezels, they are extremely thin making the device extremely comfortable to hold even if its has a 5.7-inch display. The design here surely resembles a lot to the Redmi Note 4 and Redmi 4 and unlike the LG Q6, the Canvas Infinity does come with a fingerprint scanner at the back. We really wished Micromax bumped up the specifications a bit, but the near bezel-less display and a decent camera sensor at the back make up for it. For the record, the Canvas Infinity sports a Snapdragon 425 chipset which is the same processor found on the Redmi 4A. 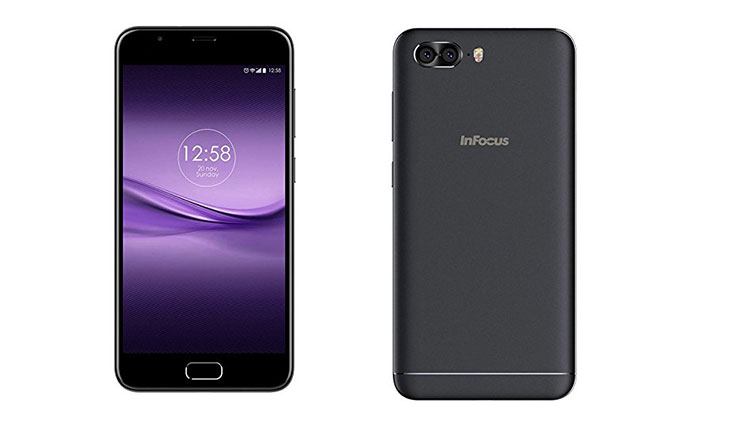 Compared to other players in the list, Infocus is yet to make a name for it in the smartphone industry in India. There have been a bunch of devices in the past from the company which did pretty well on the sales chart. Launched earlier this month, the Infocus Turbo 5 Plus might be one of the next big selling devices from the company. Apart from a 4850 mAh battery the Turbo 5 Plus comes with the latest Android 7.1.1 Nougat, a Mediatek 6750 chipset, 3 GB RAM at just Rs 8,999. Further, we also have a fingerprint scanner mounted at the front. Further, the highlighting feature is that dual-camera setup at the back which kind of resembles the one found on the Lenovo K8 Plus. Hardware is certainly not an issue here while software might be not that exciting. Perhaps, the major problem with most of the new smartphone players has been the software and timely updates. Nevertheless, the dual-cameras along with that massive battery pack inside helped the Turbo 5 Plus made it to our today’s list 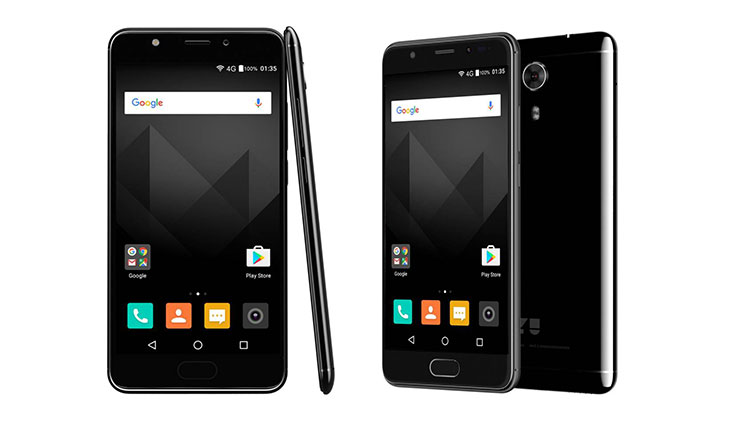 Micromax’s sub-brand Yu started off pretty well but was soon witnessed a downfall so steep that rumours claimed that the company might ditch the Yu brand. Scuffing off these rumours, the company brought in its new Yu Yureka Black in June 2017 which for the price, looks to be up there at least when we talk about specifications. Starting with the display, the Yu Yureka Black comes with a full HD display which is something that only Redmi Note 4 has it on today’s list. Further, we have 4GB RAM and a decent Snapdragon 430 chipset inside. Probably the only downside here was the dated Android 6.0 Marshmallow but the company has already released the Nougat update so we are good to go here. Besides, the Yu Yureka Black looks promising both on paper and in real life so if you are someone who likes to boycott the famous Chinese counterparts, Yu Yureka Black could be a considerable option.