Got big pockets? If yes these smartphones will offer the best of the best for you.

When it comes to flagship devices, no matter which brand they come from they always carry a big price tag. However, at that price they surely offer a good set of hardware and, more importantly, an impressive set of features to woo users and make their lives simpler.

So if you are looking to buy a device that goes above and beyond the Rs 30,000 price bracket we have a few suggestions here that you can consider before you make that purchase.

Although Apple has announced the new Apple iPhone 5S, the iPhone 5 is still king of the hill for Apple fans here in India. Featuring a lighter, thinner body the Apple iPhone 5 is faster compared to its predecessor model, the iPhone 4S. In short, it is in every sense better and improved. The iPhone 5 features a bigger 4 inch Retina display that comes with 1136 x 640 pixel resolution and 326 pixel per inch density. This Retina display is based on IPS panel technology and supports multi-touch. It also comes with finger-resistant oleophobic coating.

The new iPhone 5 is 18 per cent slimmer and 20 per cent lighter compared to the iPhone 4S. Sporting a new design, the iPhone 5 is 7.6 mm thin and weighs a mere 112 grams. Inside the chassis, it packs a new Apple A6 quad core mobile processor comprising of ARM Cortex A15 core architecture.

Apple has used the new iSight camera that features an 8 megapixel image sensor that is 25 per cent smaller than the iPhone 4S’s sensor. Apple has also introduced a Panorama mode, which will allow users to capture images in up to 28 megapixel resolution.

Apple has added three high density microphones to enhanced video recording in full 1080p HD video resolution. The front facing camera has been bumped to 1.2 megapixel and it can now offer 720p HD video resolution for Apple’s FaceTime video chat feature. Now users can use FaceTime even over cellular networks though it was previously limited to WiFi networks.

The flagship Windows Phone 8 device Nokia Lumia 1020 has a 4.5 inch Amoled display protected by Corning Gorilla Glass 3. Its standout feature is a 41 megapixel rear camera for capturing high definition images. It is by far the biggest ever camera in terms of megapixels on a smartphone, after Nokia PureView 808.

The phone is powered by a 1.5 GHz dual core Snapdragon S4 processor, which is supported by 2 GB RAM, 32 GB internal memory and 7 GB free SkyDrive cloud storage as well. 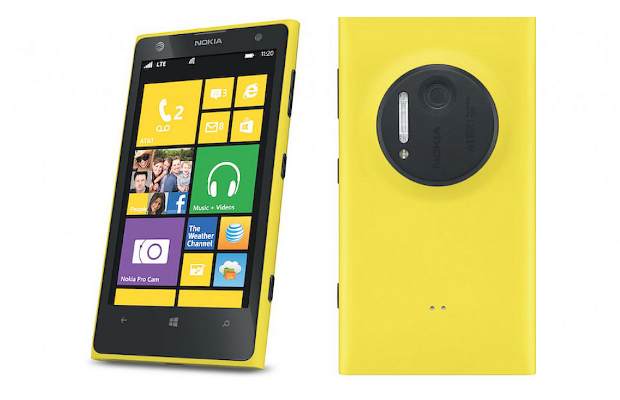 Lumia 1020’s 41 megapixel sensor features Zeiss optics with six physical lenses and optical image stabilization. For illumination the Nokia Lumia 1020 has Xenon flash for still photography while there is an LED flash for video recording.

Though it has only 16 GB internal storage it comes with a memory card slot for up to a 64 GB micro SD card. The phone also comes with a removable back panel to insert the dual SIM cards and the micro SD card. Of the two SIMs, one supports 3G while the other can only operate on 2G network. 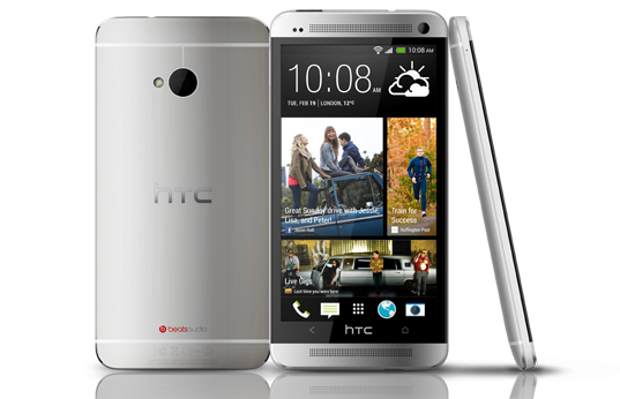 HTC One Dual SIM also packs the UltraPixel camera with HTC Zoe feature to click nice photos and edit them as per requirements. This camera has a dedicated HTC ImageSense 2 chip and is capable of recording full 1080p HD videos. The HTC One Dual SIM will also have a front facing 2.1 megapixel camera for video chat and calling.

Samsung Galaxy Note 3 packs 3 GB RAM and comes in 32 GB or 64 GB storage variants, but which one of these two will be launched in India is not clear right now. Both variants though have a memory card slot to support up to a 64 GB micro SD card. At the back, the phone has a stereo speaker and a 13 megapixel BSI sensor clad camera with auto focus and LED flash. This camera sensor possesses zero shutter lag. The camera is capable of recording ultra high definition video at 30 frames per second and smooth motion full HD videos at 60 frames per second. Also, users can experiment with slow motion HD videos at 120 frames per second. 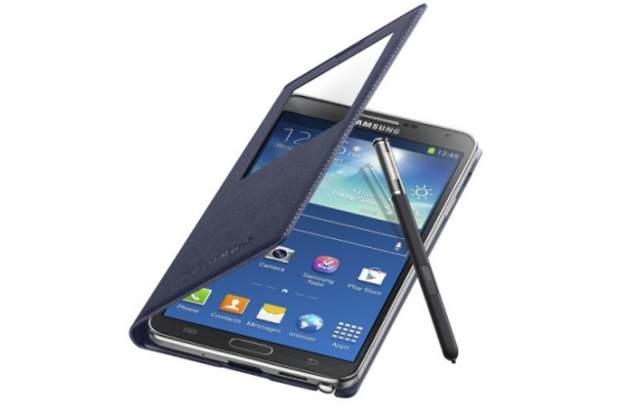 Samsung has layered the Nature UX over Android 4.3 Jelly Bean update to run smoothly on the powerful hardware. Along with this for wireless connectivity the Samsung Galaxy Note 3 offers WiFi (802.11 a/b/g/n/ac), Near Field Communication, Bluetooth 4.0 low energy, IR LED blaster, MHL 2.0 and GPS with GLONASS support.

For those who wish for something smaller the Samsung Galaxy S4 offers similar features at a lower price and smaller screen size of 5 inches.

The BlackBerry Q10 smartphone features a physical Qwerty keyboard along with a touchscreen display and is the perfect phone for those who love the comfort of a physical keypad with the convenience of a touchscreen. The BlackBerry Q10 has a 3.1 inch Super Amoled touchscreen display that packs 720 x 720 pixel resolution. Besides offering 328 pixels per inch pixel density, the screen also supports multi-touch and under it rests a four row Qwerty keyboard.

The BlackBerry Q10 smartphone has a dual core 1.5 GHz Texas Instruments OMAP 4470 mobile processor inside along with 2 GB RAM and 16 GB on-board storage. There is also a hot swappable memory card slot that can accommodate up to a 32 GB micro SD card. 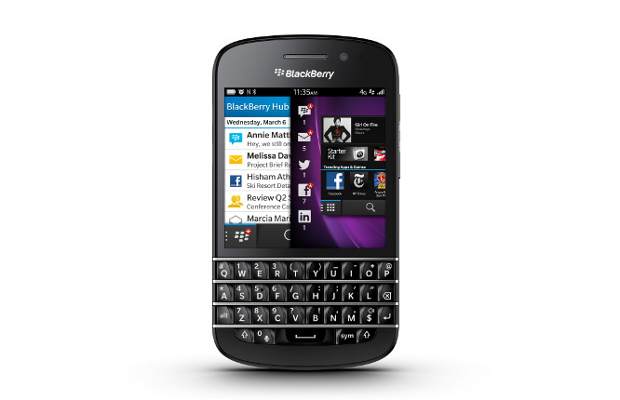 At the back the BlackBerry Q10 flaunts an 8 megapixel auto focus camera and LED flash with the capability to record full 1080p HD videos. Along with this there’s a 2 megapixel camera in the front capable of 720p HD video recording and 3X digital zoom.