If budget is not a constraint for you, then you must own one of these handsets which are crafted to impress others both with their beauty and brains.

Today the smartphone market is filled with many refined handsets that would even make the ultrabooks look slower with their performance. So if budget is not a constraint for you, then you must own one of these handsets which are crafted to impress others both with their beauty and brains.

Here we have carefully selected five best Android smartphones which are priced above Rs 30,000.

Those who want a simple user interface must first check out he Nexus 5. Being a Nexus device, it has the plain Android operating system without any customisation that often make the use of the smartphone very complicated. Also with Nexus 5 be sure that you will get the latest Android build sooner than others. But it is not the promise of latest Android operating system that propelled us to consider this handset; it has all the features that one would look for in a high-end smartphone.

To start with, the LG made Google Nexus 5 has a 4.95 inch touchscreen which comes with full HD resolution. This display has Corning Gorilla Glass 3 protection and comes with wide angle viewing facility. It is also said to have less glare thus reading journals won’t strain your eyes. 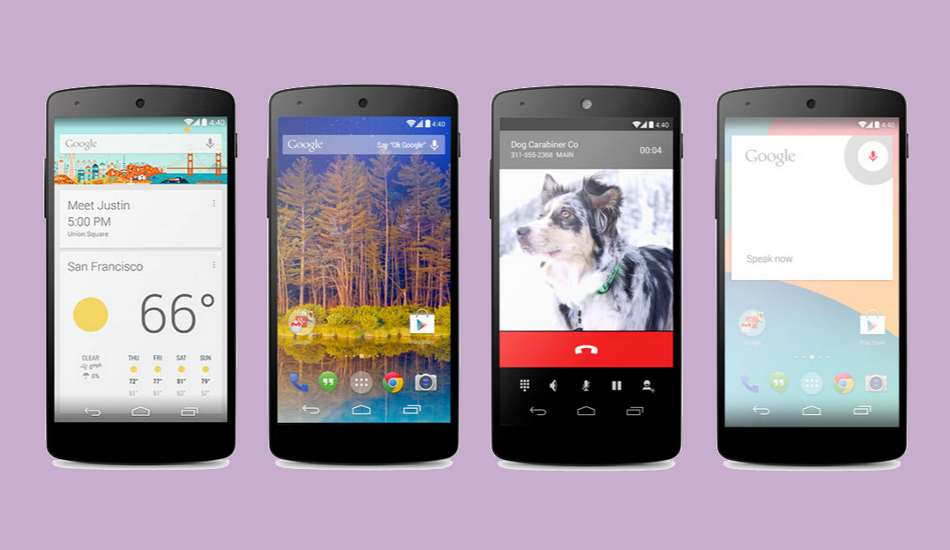 The Google Nexus 5 has got a very powerful 2.3 GHz Snapdragon 800 processor along with Adreno 330 GPU and the latest Android 4.4 KitKat operating system. It has also 2 GB RAM which is enough for multitasking. This model of Nexus 5 has 32 GB of ROM but there is no expandable storage slot which is perhaps its only lacunae.

The Nexus 5 has an 8 megapixel rear auto focus camera which is assisted by an LED flash in low light. It comes with several high end camera features including Optical Image Stabilisation, HDR+ Mode, Burst mode etc. In its front lies a 1.3 megapixel camera for selfies and video calling. The Nexus 5 is armed with a 2300 mAh battery which promises 17 hours of 2G talktime. Despite having such a huge battery, the phone is just 8.59 mm thick and weighs 130 grams.

The Nexus 5 has a single SIM slot only. It though is quite rich when it comes to connectivity including WiFi (a/b/g/n/ac), Bluetooth 4.0, 3.5 mm jack, NFC and micro USB port.

We recently reviewed this phone and were amazed by its quality. The highlight of LG G2 is the placement of volume and power buttons at its rear panel, below the camera panel, which allows one handed operation quite easy. Also, in LG G2 you need not to press the power button to unlock it; you just needs a knock on its display to unlock it.

The LG G2 comes with a 5.2 inch IPS display with full HD resolution. It has a 13 megapixel camera. With the help of 9 auto focus points and optical image stabilisation feature, the camera able to provide shake-free images. Besides, it comes with “Audio Zoom” that lets you zero in on a specific audio source by zooming in on your subject while recording video. It also comes with dual recording mode that lets you activate the front and rear cameras simultaneously, so you can record yourself and your subject at the same time. It can record full HD videos at 60 frames per second. In the front, LG G2 has a 2.1 megapixel camera which supports HD video calling. 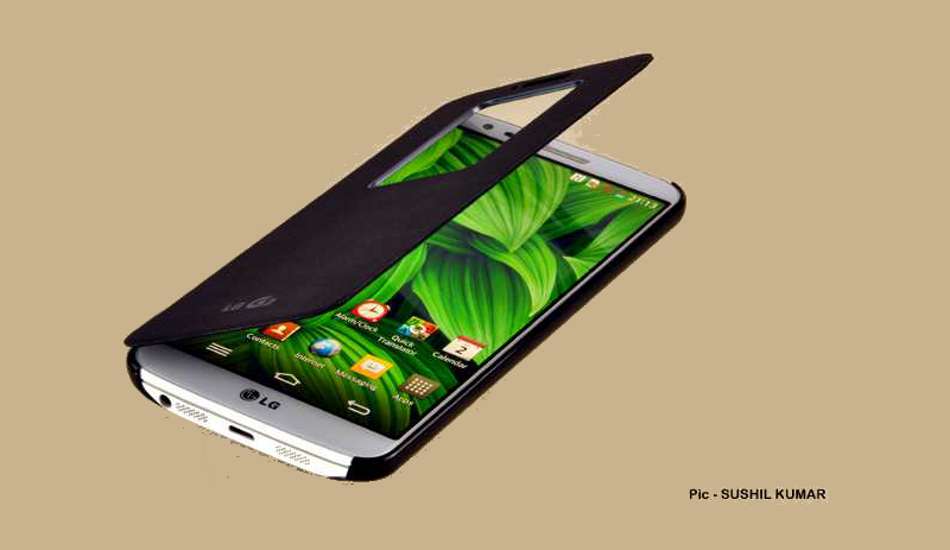 The LG G2 is also truly a high end smartphone with its 2.2 GHz quad core Snapdragon 800 chipset, 2 GB DDR3 RAM, and Adreno 330 GPU. It is currently based on Android 4.2.2 Jelly Bean operating system. Another highlight of LG G2 is its 3000 Li-Po battery that claims to offer about 17 hours of 3G talktime. It is also quite rich in terms of connectivity with WiFi, WiFi hotspot, WiFi Direct, DLNA, Bluetooth 4.0, NFC, Infrared Port and micro USB port.

To know about its performance, please read our review of LG G2.

If you are one of those who tend to drop their handsets in water, then Sony Xperia Z1 is an ideal handset for you. Besides, it is also regarded as one of the best camera handsets at present. Moreover, it is a beauty in every sense with its glass covered surface. 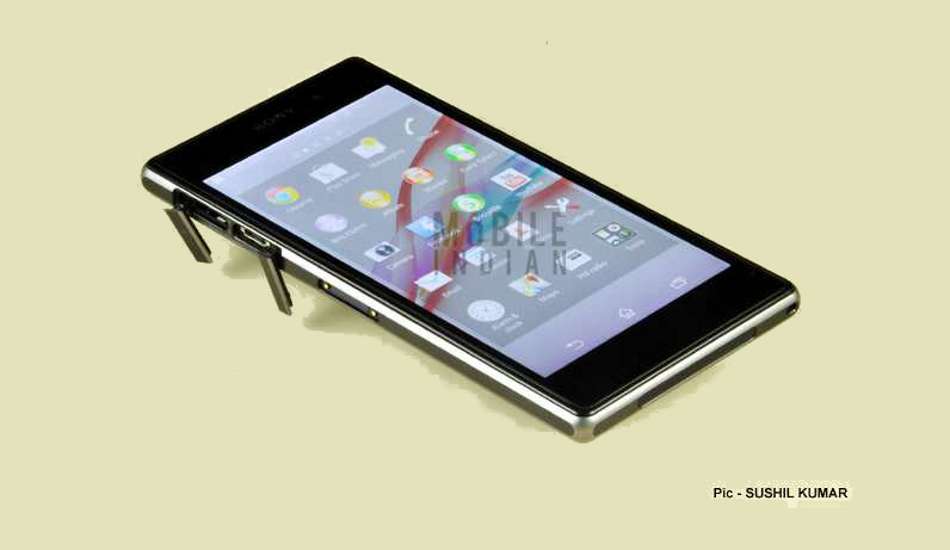 As I said before, the Xperia Z1 is water proof; it also comes with dust resistance capability. The USP of the phone is its camera capability. The Sony Xperia Z1 has a 20.7 megapixel auto focus rear camera with BIONZ mobile processor engine and Exmor RS image lens. This camera is armed with Sony’s G lens and a host of high end featurs like image stabiliser, HDR mode, 8X digital zoom, burst mode etc. Its 2 megapixel camera can also capture full HD video.

To read the review of Sony Xperia Z1, click here.

The first version of HTC One had a single SIM only which was later withdrawn from the market by HTC in favour of its dual SIM version. Other than that there are no differences between the two phones.

The HTC One is hailed for its beautiful uni-body metallic body. It has a 4.68 inch Super LCD 3 capacitive touchscreen with full HD resolution. Besides, the display has got Corning Gorilla Glass 2 coating which protects the display from normal wear and tear. 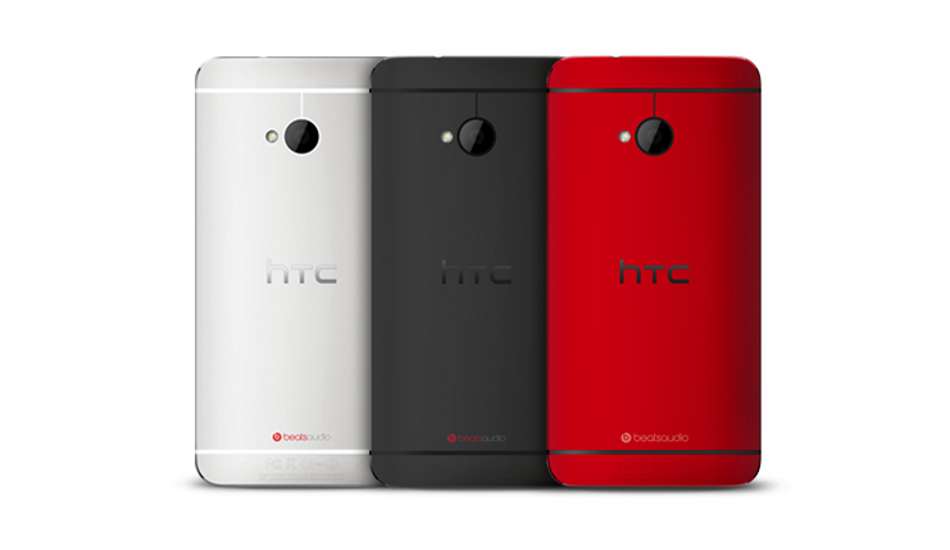 Besides its design, the HTC One is renowned for its camera capability. Its 4 megapixel autofocus UltraPixel camera comes with 1/3 inch sensor. This camera is said to be better than that of iPhone 5 and even Nokia Lumia 920. The HTC One boasts a 2.1 megapixel camera in the front which too can capture full HD videos at 30 frames per second.

The HTC One is based Android 4.2 Jelly Bean operating system (it has recently received the Android 4.4 KitKat update). Its Snapdragon 600 chipset comprising 1.7 GHz Krait 300 processor and Adreno 320 GPU may be a bit underpowered than the Snapdragon 800 but it is still one of the best performing handsets in the world. The HTC One comes with 2 GB RAM, 32 GB internal storage, and 64 GB micro SD card slot as well.

Besides, the HTC One has WiFi, Bluetooth, MHL, DLNA, GPS, and FM radio etc. Its 2300 mAh battery claims to provide 18 hours of 3G talktime as well. If you want a bigger display bearing alternative of HTC One, then you can consider the HTC One Max.

Samsung Galaxy Note 3 features a 5.7 inch full HD Super Amoled display and a 1.9 GHz Samsung Exynos 5 Octa processor. The processor has four Cortex-A15 processing cores clocked at 1.9 GHz to take care of heavy processing while the other four Cortex-A7 cores are clocked at 1.3 GHz to take care of low end computing, offering battery savings and performance at the same time. Galaxy Note 3 comes packed with 3 GB RAM and 32 GB internal storage. It also features a memory card slot to support up to a 64 GB micro SD card. At the back it has stereo speakers and a 13 megapixel BSI sensor based camera with auto focus and LED flash. 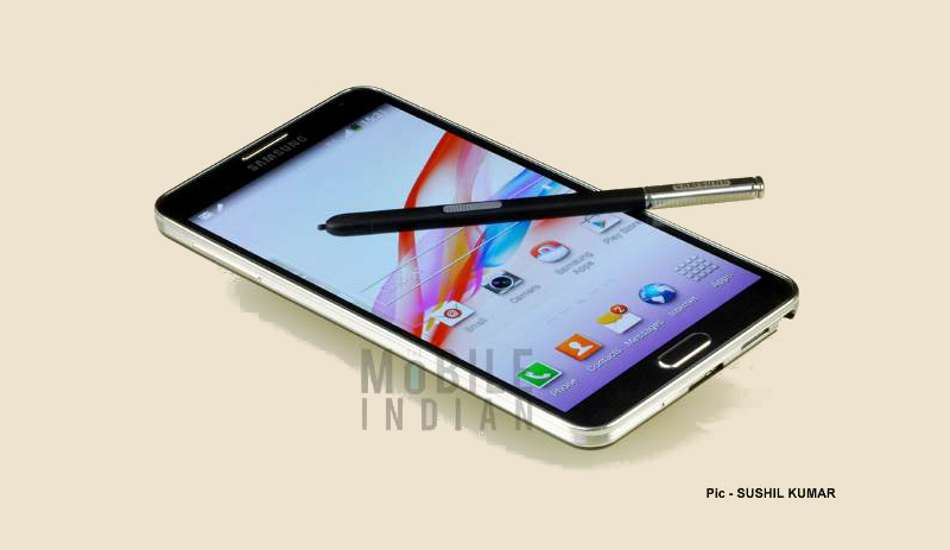