Display is sharp and visible outdoorsBattery Life is InsaneThe device feels premium in hands: Build QualityCall Quality is decent with VoLTE supportCustomisable User InterfaceSelfie Camera is good for the price

The moment you hold the Redmi Note 4, you will see the family connection with the Redmi Note 3 in terms of the design. From the camera placement at the back to the button placements on the sides, everything is identical. The device is slightly curved at the back but not up till the front bezel. Unlike the Redmi Note 3, the side edges on the Redmi Note 4 are flat which definitely helps towards a sturdier grip. However, we still reckon a grippy case at the back wouldn’t hurt to prevent occasional slips. The Power Button and Volume Rockers sit on the right side with the SIM tray on the left. At the top, we get the 3.5 mm headphone jack, secondary microphone and the once trendy infrared blaster. At the bottom, we get two speaker grills of which the left one acts as a microphone. We also have a micro USB port for data syncing and charging. At the back, we have the primary camera, dual-tone LED flash and the fingerprint sensor lined vertically along the centre line below which you can find some MI branding. Moving on to the front, we see the earpiece at the top along with some sensors and the front-camera. Below the screen are the three touch-capacitive buttons which are backlit, however, the light coming out of these buttons is spread way beyond the buttons which steal that premium aesthetics from the decent looking Redmi Note 4, in our opinion. However, another addition in the name of 2.5D curved display which helps facilitate the edge swipes. Apart from that, the device is a bit thinner at 8.4 mm. To summarise, the Redmi Note 4 in no way feels like a budget smartphone and in terms of design, Xiaomi followed the famous thumb rule – If it ain’t broke, don’t fix it. 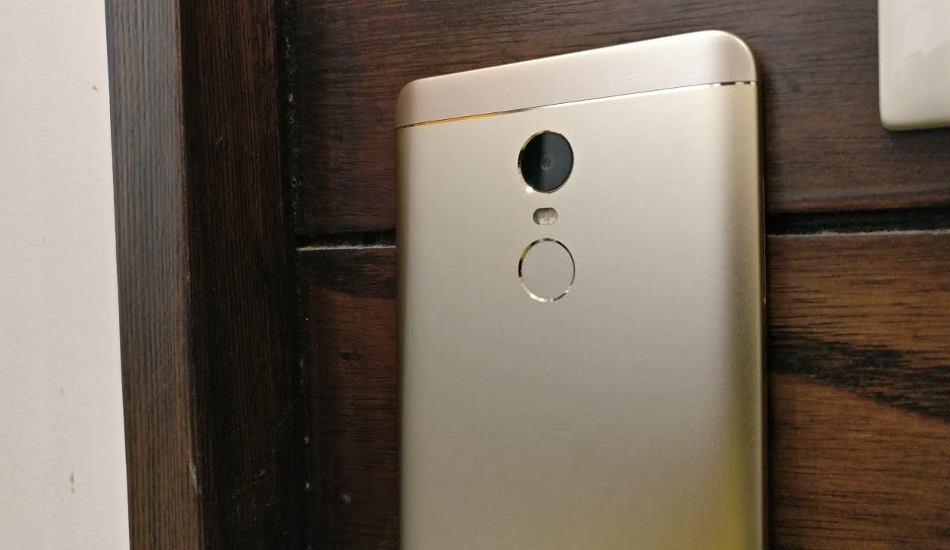 Regarding the display, there is no difference as the Redmi Note 4 also comes with a 5.5-inch 1920 x 1080 IPS LCD display. We don’t know if we have Gorilla Glass protection but the screen did get a couple of scratches in our testing. Other than that, there are no compromises on the quality and the touch response was seamless as well. The display gets bright enough to be visible in direct sunlight and it also gets super dim making easy for the eye at night. There is also a ‘Reading Mode’ in the display settings which eliminates all the blue light making it even more comfortable to use the device at night. We also liked how we can actually adjust the degree of strength of this Reading Mode. Moreover, you can also adjust the colour temperature if you don’t like the default settings. 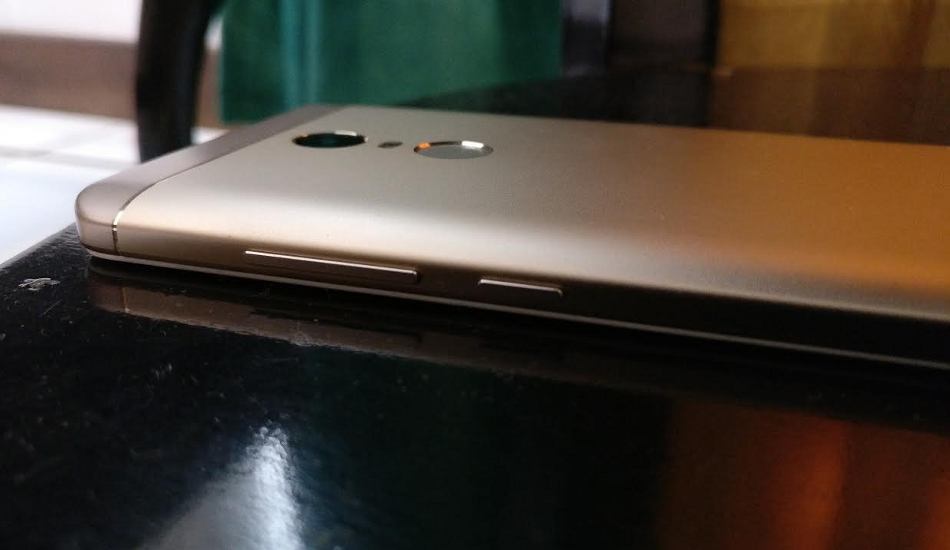 This is where the real choice pops up. As strange as it may sound, Xiaomi went for Qualcomm Snapdragon 625 for the Redmi Note 4 coupled with Adreno 506 GPU. To compare, the Redmi Note 3 has Snapdragon 650 chipset. Apart from this, the device comes in 2GB RAM + 32GB internal storage, 3GB RAM + 32GB internal storage and 4GB RAM + 64GB of internal storage variants. The internal storage is expandable (up to 128GB) via hybrid Dual SIM slot and can hold a Nano + Micro SIM or Nano + micro SD card. In the 64GB variant we tested, we get about 56GB of user accessible storage. For the performance, you will not witness much of a difference in day-to-day usage. Further, based on our testing, the device was smooth and didn’t lag while multi-tasking or performing other heavy tasks. The gaming performance was also decent most of the time with all the graphic intensive games such as Asphalt 8, Nova 3, Modern Combat 5 running smoothly apart from a few frame drops. Importantly, it did not heat up even after about half an hour of continuous gaming. However, you will notice a slight difference in app load duration. Compared to Snapdragon 652 or 653, the 625 SoC takes a little longer to load up apps and games. On the positive side, this chipset is one of the most battery friendly SoCs from Qualcomm. In short, MIUI 8 runs like a charm on this chipset. We experienced no lags or hiccups or app crashes and were really surprised on how smooth was the software experience on the Redmi Note 4. 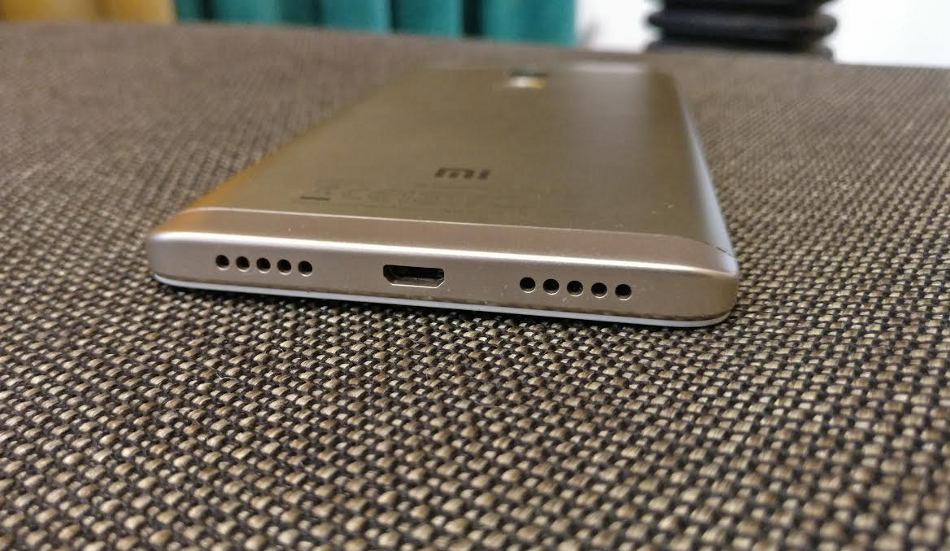 Continuing from the previous heading, the Redmi Note 4 comes with MIUI 8 running on Android 6.0.1 Marshmallow. Although, we don’t get the latest Android Nougat with the device, barring that, the UI on the Redmi Note 4 is pretty neat. We get a bunch of customizations, the most prominent of them all being the ability to download and load up themes available online. There is no app drawer as used to be the case with every other version of MIUI version. Although you don’t get to choose between the on-screen and off-screen buttons, you do still get the option to swap their functions. You also get features like App Lock and Dual Apps. Further, another much-needed addition in the MIUI 8 is something called the ‘Second Space’. Second Space basically allows you to create a second profile for your device with the adequate amount of privacy. In other words, Second Space allows one to use your device as two different devices. Navigating to and fro between the two Spaces requires entering the password if any. The fingerprint further adds up to the level of security. For instance, the device will automatically recognise the fingerprint and enter the space corresponding to that particular fingerprint. There are also other customizations available including One-hand mode for those who have small hands and Light-mode which basically simplifies the whole interface and will be ideal for using for senior citizens. The UI constantly reminds you to clean junk and cache files for better performance. On the negative side, we do get some bloatware even though most of it is removable.

Coming to the optics, the Redmi Note 4 comes with a 13-megapixel primary camera with f/2.0, phase detection autofocus, dual-LED (dual tone) flash while on the front we get a 5-megapixel f/2.0 selfie camera. The camera interface on the Redmi Note 4 is neat and quick. You get a bunch of modes such as Panorama, Manual Mode, HHT (hand held twilight) mode, beautify mode and other various filters. The camera is slow to focus but a snappy shutter speed makes up for it. Talking about the performance, images from the primary camera came out decently but nothing to write home about, in good lighting conditions. The video shooting capabilities of the Redmi Note 4 is decent, however, the camera doesn’t come with auto-focus functionality while in the video mode. Also it can only record video upto 1080p. 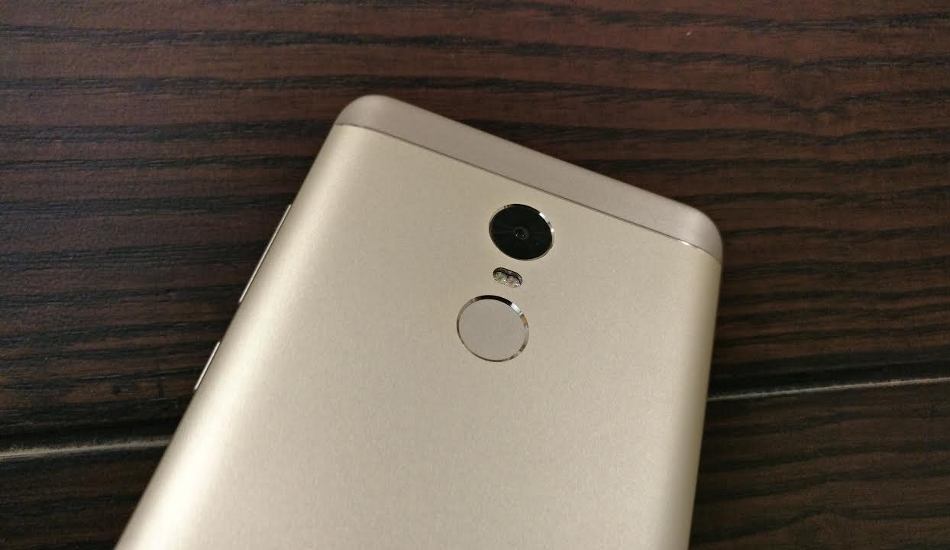 Colour reproduction is accurate and most of the images in daylight or artificial lighting capture good amount of detail. HDR is a little aggressive in our opinion but it does handle the exposure pretty well. However, HDR also solves the otherwise average dynamic range most of the times. Moving to the low-light conditions is where this camera is really exposed. Though it does a good job of colour reproduction here as well, the amount of detail in all the images is reduced drastically. The camera is slow to focus for obvious reasons and it also struggles to handle glare in some situations. Same is the case with exposure as well. The performance on the selfie camera is a bit better. Similar to the primary camera, the front-facing 5-megapixel shooter is quick to capture and the photos come out to be decent as long as it is taken under good lighting conditions. However, it struggles when we move into low lighting conditions. 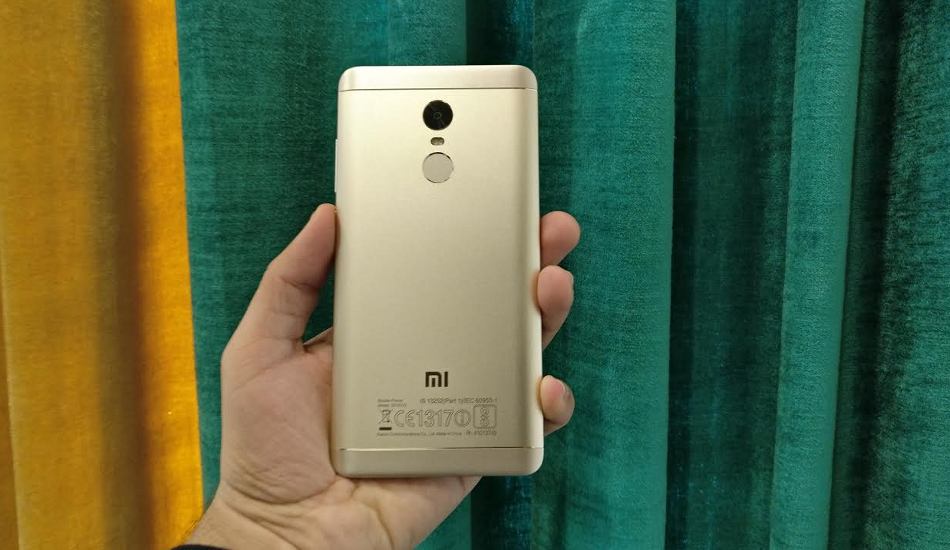 As mentioned before, Xiaomi went for the Snapdragon 625 for one reason, to extract maximum juice from the device. The device houses a 4100 mAh battery and the battery optimisations which come with the SD 625 resulted in some insane battery results. In some instances, we got as much as 10 hours of SOT (Screen-On-Time) with Reliance Jio network and more than 2 days of usage. On average the SOT ranged somewhere between 7-8 hours with comfortable 2 days of usage. Further, the standby performance was pretty impressive as well with the device losing only 1% of battery at max over night. The battery life on the Redmi Note 4, in our opinion, is one of the best you will see this year. And it is something that will vindicate the faith of loyalists like nothing else possibly. 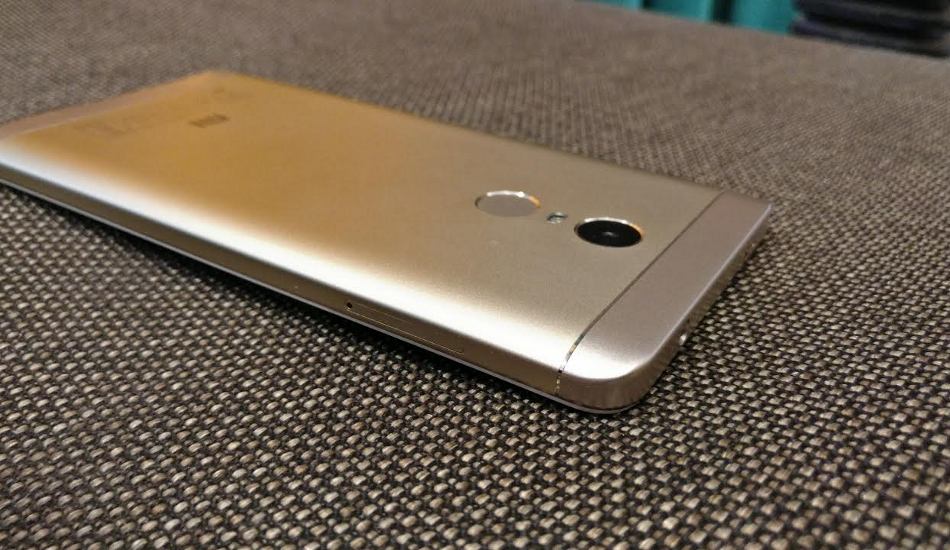 Coming to the connectivity, the Redmi Note 4 comes with all the necessary options such as built-in Wi-Fi 802.11 a/b/g/n/ac, micro USB, Bluetooth v4.2, GPS etc. The call quality is average in our opinion and while we are on Reliance Jio network, the device often switched off the VoLTE function by itself. Other than that, we didn’t face any major issues. The device also boasts a fingerprint scanner at the back of the device which is fairly quick if unlocked from a lock screen. However, if done when the device is on standby, it does take a second to unlock the device.

Audio is not a forte of this device, especially when it comes to the audio output from the Speaker Grill at the bottom. We are still not in for a bottom firing speakers and the overall quality of music coming out of it, though extremely loud, but is below average. Plugging in some good quality earphones/headphones does help.

Xiaomi played a gamble by going in with a slightly lower-end chip given that Redmi Note 4 already had a pretty high bar to clear, thanks to the outstanding success Xiaomi's Redmi Note 3 tasted last year. In our opinion, this phone does a pretty competent job of building on the success of the Note 3. The performance of this device is not a let down by any means except slightly slow app load timings. Apart from that, Redmi Note 4 lived up to our expectations and even surpassed them in the battery department. If you can compromise a bit on the processor for a stress relieving battery, then this phone will not let you down.