Will it prove to be the Ace of Spades for the company? Or will it be just another addition in the budget segment

Xiaomi is one such brand that disrupted the budget segment of the Indian smartphone industry with a slew of interesting launches in the past. The company has a strong presence in this segment and it has further strengthened with the launch of the Redmi 7 smartphone.

The phone comes with a price tag of Rs 7,999 for the 2GB RAM + 32GB internal storage, while the 3GB RAM + 32GB storage option is priced at Rs 8,999.It will be available for purchase from the company’s official online store, Mi Stores and online platforms starting from April 29, 2019. With this, Xiaomi is relooking at the budget segment by offering some upgraded specifications along with a new design language, which was particularly missing on the company’s older models. So, will it prove to be the Ace of Spades for the company? Or will it be just another addition in the budget segment? We spent some time with the device and this is what we think of it.

Xiaomi has finally opted for bold colours with the Redmi 7 smartphone. We got the Blue colour option for the review and it certainly looked quite flashy but in a good sense. The back panel features a gradient finish that comes with the top half featuring a dark blue colour, which turns into a more bright blue at the bottom of the back panel. This makes it look beautiful and surely gives a premium feel to the device. 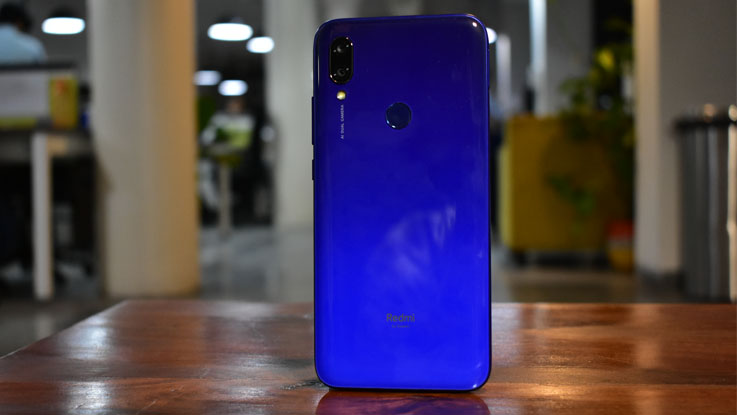 Talking about ports, the front features a dewdrop notch and the earpiece sits just above the notch. The right houses volume rockers and power on/off button, while the left features a SIM slot that houses two SIMs and a dedicated microSD card slot. The top of the device is loaded with a 3.5mm audio jack along with an IR blaster and microphone, while at the base, you will find micro USB port flanked between two speaker grilles.

The back panel features a vertically-aligned dual-camera setup, which is surrounded by a silver outline. The fingerprint sensor is positioned at the top-centre position and it is quite easy to reach. That said, the phone features a design language, which makes it stand tall as compared to the other models from Xiaomi in this price range. 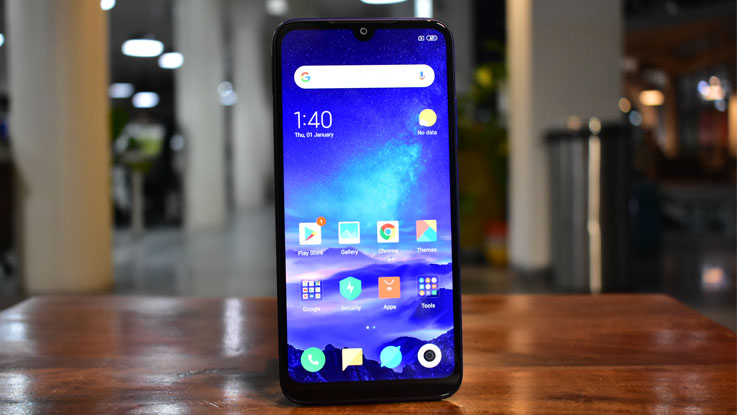 Coming to the display, the Xiaomi Redmi 7 features a 6.26-inch HD+ display with a screen resolution of 1520 x 720 pixels. The phone screen looks bright and the viewing angles are quite decent in nature. It is also equipped with Corning Gorilla Glass 5 protection, which should ideally provides some sturdiness. The display looks decent as compared to the price point it is targeting. We will update you about the display performance in our upcoming review.

The Xiaomi Redmi 7 is powered by an octa-core Qualcomm Snapdragon 632 processor along with Adreno 506 GPU. The phone is available in different memory configurations including 3GB RAM + 32GB storage and 4GB RAM + 64GB storage. Although it is too early to comment on the performance of the latest smartphone, but looking at the sheer specifications, it will face a tough competition from the Asus Zenfone Max M2, Nokia 5.1 Plus and Realme U1. 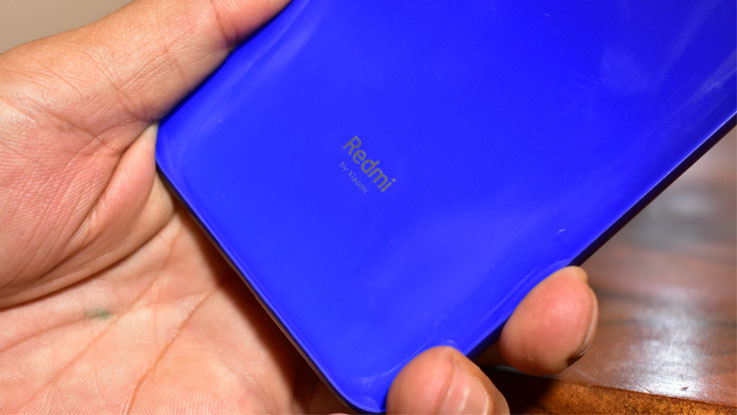 On the software front, the phone is equipped with MIUI 10, which is based on Android 9.0 Pie.  The company has added a host of interesting features including second space, gesture support and more. However, the user interface comes with a host of bloatware apps, which has been one major drawback of MIUI interface. But you can delete most of the applications to free up some storage on your smartphone.

The smartphone is equipped with a dual-camera setup with a combination of 12-megapixel primary lens and a 2-megapixel secondary shooter. For the front, there is a 8-megapixel selfie shooter with AI Beauty and AI face unlock. Starting with the camera UI, it is pretty simple to use. You get different modes like Short Video, Photo, Video, Square, Portrait and Pro mode. The company has also given an option to on/off AI mode. 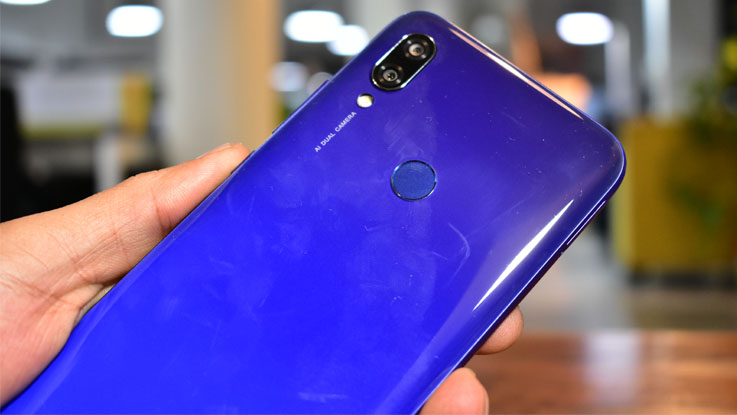 In our brief testing, we found out that the camera does a decent job when it comes to clicking photos in broad daylight conditions. The phone was fast to focus on the subject and the photos came out to be pretty good as well. The low light conditions are yet to be tested, so we suggest you stay tuned with us for the detailed review.

On the battery front, the Redmi 7 is juiced up by a 4000mAh battery. The company claims that the battery backup should be enough to last almost a day under normal usage. However, the claims are yet to be tested in the real world. On the connectivity front, it supports dual 4G VoLTE, WiFi 802.11 b/g/n, Bluetooth 5.0, GPS + GLONASS.

To conclude, the Redmi 7 is a refined smartphone as compared to its predecessor. The phone features a new design language, which looks premium and is more appealing in nature. The display looks good and the cameras are quite decent in our opinion. However, when it comes to the performance, looking at the sheer specifications, it will face stiff competition with the likes of Asus Zenfone Max M2, Infinix Smart 3 Plus and more.