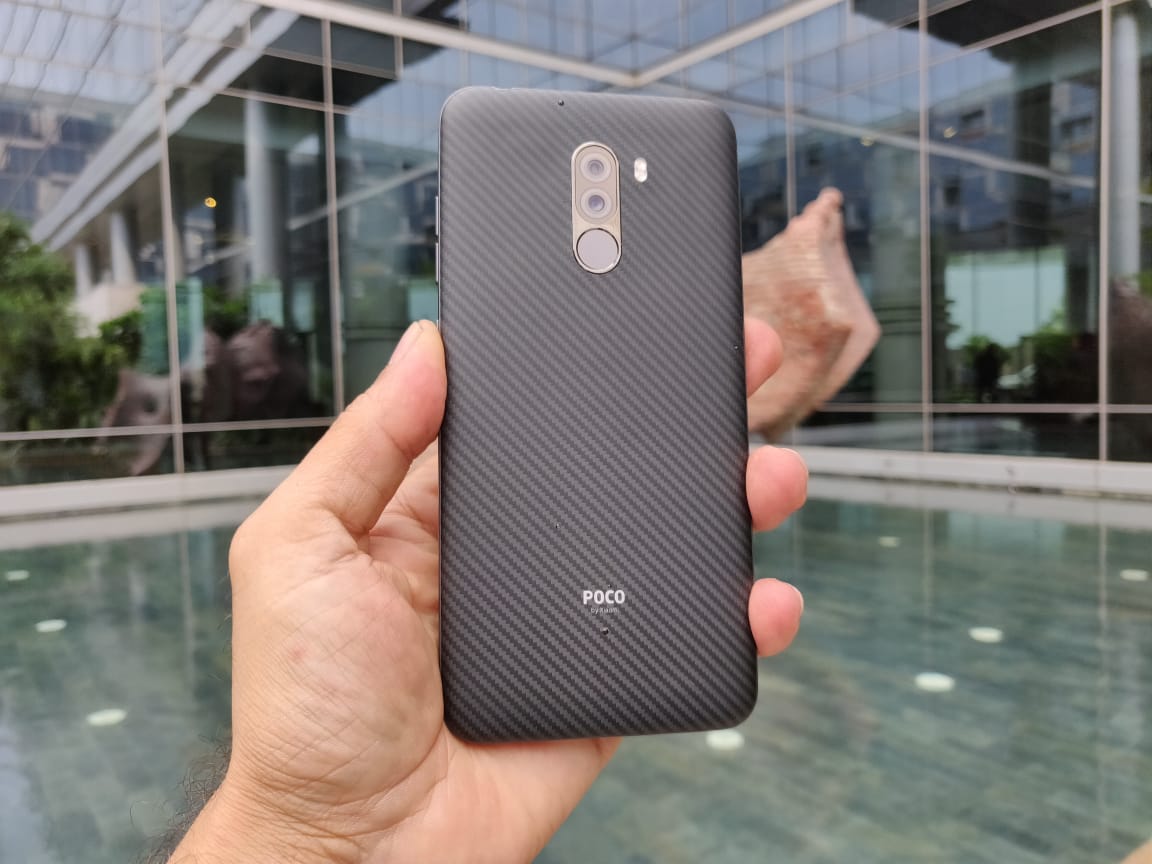 The smartphone is all set to create a rift in the mid-budget segment, which was earlier dominated by the likes of Vivo, Samsung and Oppo. The phone comes with pretty insane specifications and with this price range, will it be the King of all smartphones? Let’s find out.

Xiaomi recently introduced its new sub-brand, Poco, which in turn raised eyebrows in the tech industry by launching the cheapest Qualcomm Snapdragon 845-powered smartphone, the Poco F1. The phone comes with a starting price of Rs 20,999 and the top-end model; the Armoured Edition is priced at Rs 29,999.

With this, the smartphone is all set to create a rift in the mid-budget segment, which was earlier dominated by the likes of Vivo, OnePlus and Oppo. The phone comes with top-notch specifications and with this price range, will it be the King of all mid-end smartphones? Let’s find out.

Why you should you buy Poco F1

For its flagship performance

Poco F1 by Xiaomi is powered by top-of-the-line Qualcomm Snapdragon 845 chipset along with Adreno 630 GPU. The phone is available in different configurations starting from 6GB + 64GB, 6GB + 128GB and 8GB + 256GB. We got the Armoured Edition for the review, which comes with an 8GB of RAM and 256GB of internal storage. 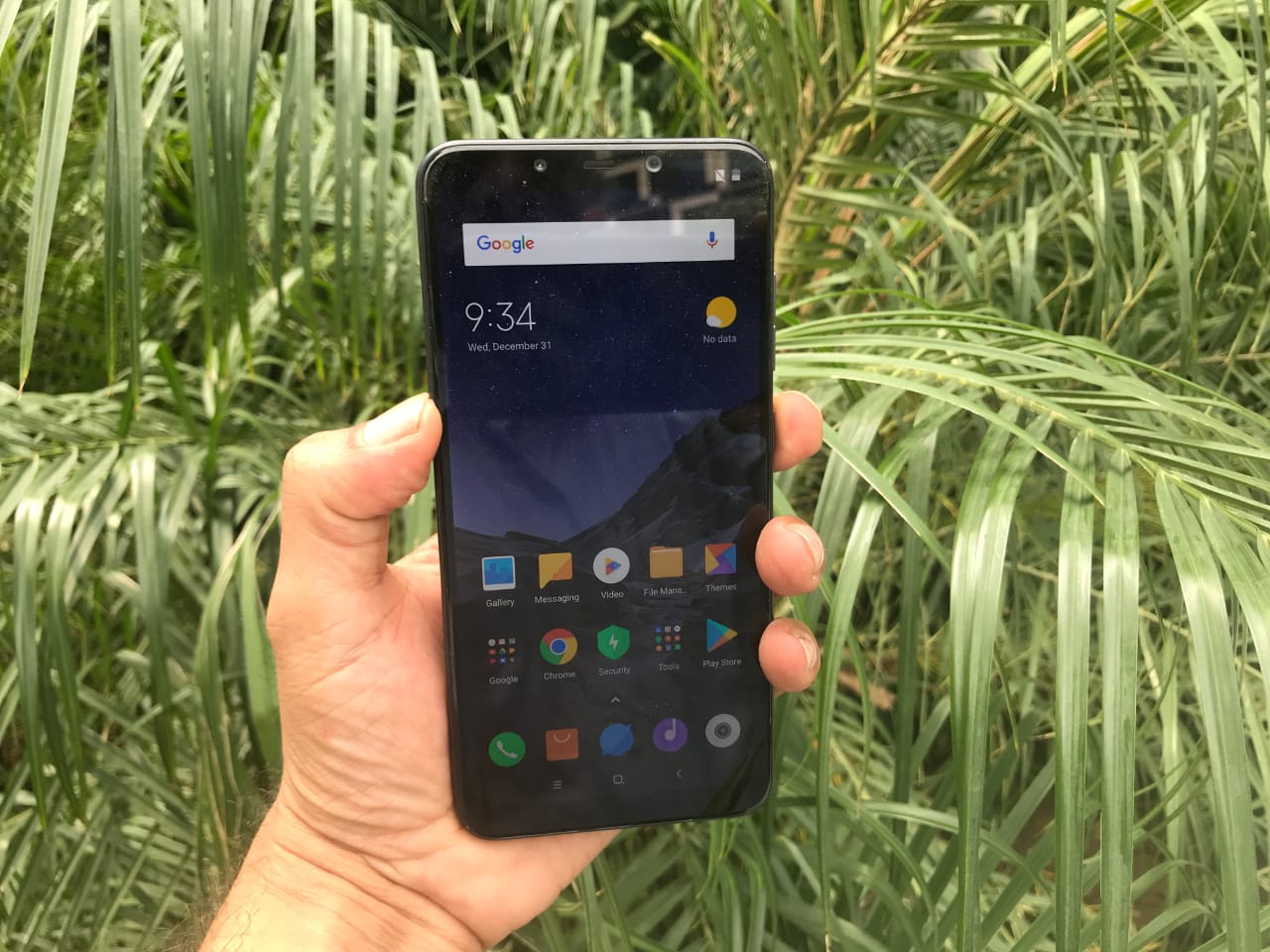 That said, the performance of the device is fluid, power-packed and smooth. With such kind of RAM coupled with the flagship processor, gone are the days when you experience laggy performance. Whether be it multi-tasking between apps or using it as a primary communication driver, the phone is a performer. Not once, did we faced any kind of lag while using the Poco F1.

F1 handles most of casual games Temple Run 2, Hungry Shark Evolution, or Space Frontier 2 like a piece of cake. Coming to the high-end games like Asphalt 9 or Hitman Sniper, we faced no lag either. As far as, PUBG Mobile game experience is concerned the phone was able to handle it without any lag. During different rounds of PUBG, we didn’t facedand delays or frame drops and thus were thoroughly impressed with its performance.

For its dependable battery life 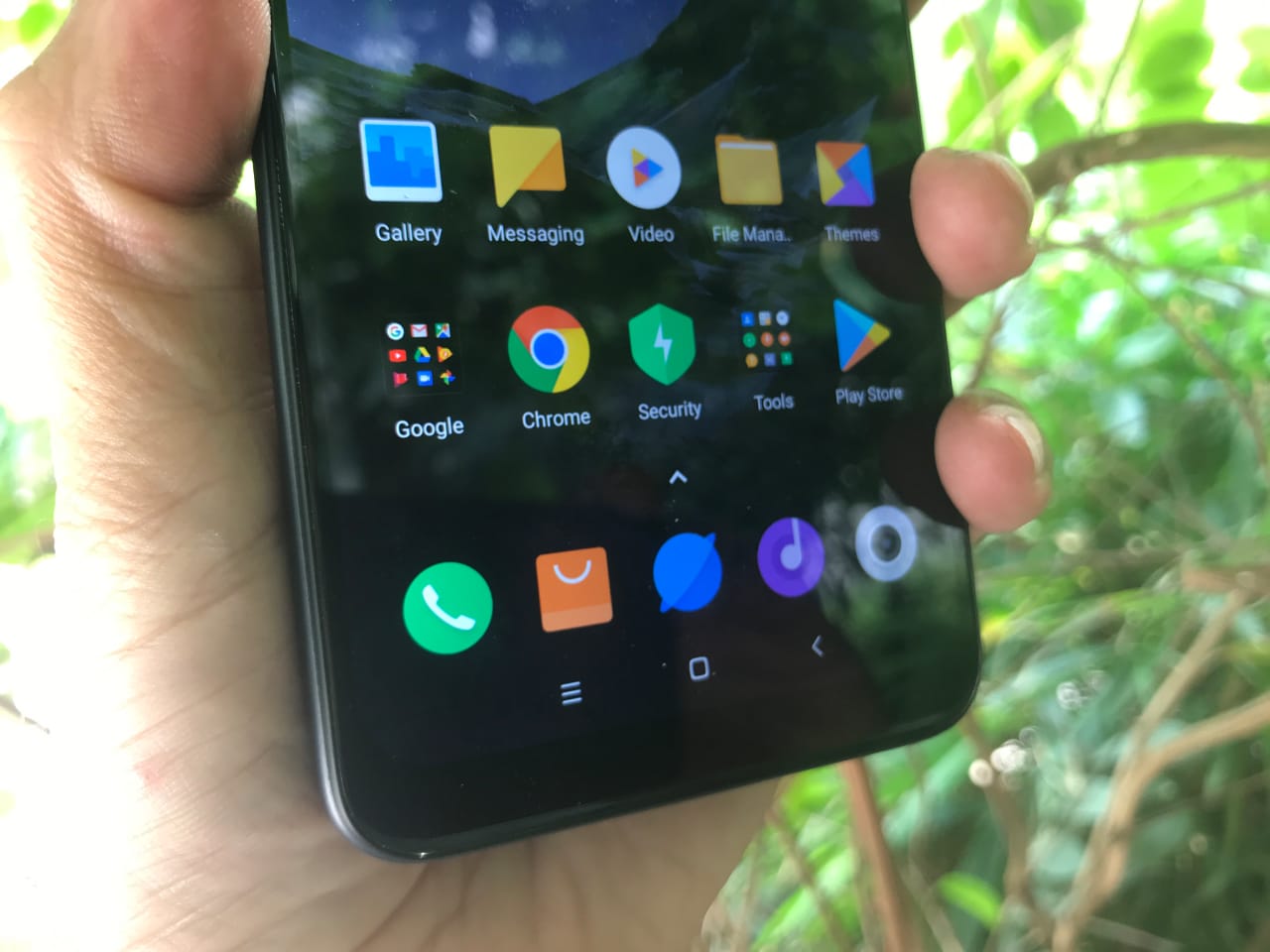 The Poco F1 comes loaded with a 4000mAh battery with Quick Charge 3.0 support. In the testing period, we found out that the battery life was better than what we had expected. Under normal usage that includes some occasional checking of emails, listening to music sometimes or calling, the battery lasted more than one day. However, you when you started pushing it with some long sessions of gameplay, streaming videos on-the-go and using Maps during our commute, the phone comfortably lasted a full day with around 20 per cent juice still left in it.

For its daylight camera performance

The smartphone is equipped with a dual camera set up at the back, which comes with a combination of a 12-megapixel lens with Sony IMX363 sensor and a 5-megapixel secondary lens. For the front, there is a 20-megapixel shooter with a selfie flash. Let’s be honest here, the camera performance of this device is not perfect, but it sure delivers some good results when the light is good. The phone was pretty fast to lock focus on a subject and the photo came out to be crisp with colours being close to a source. 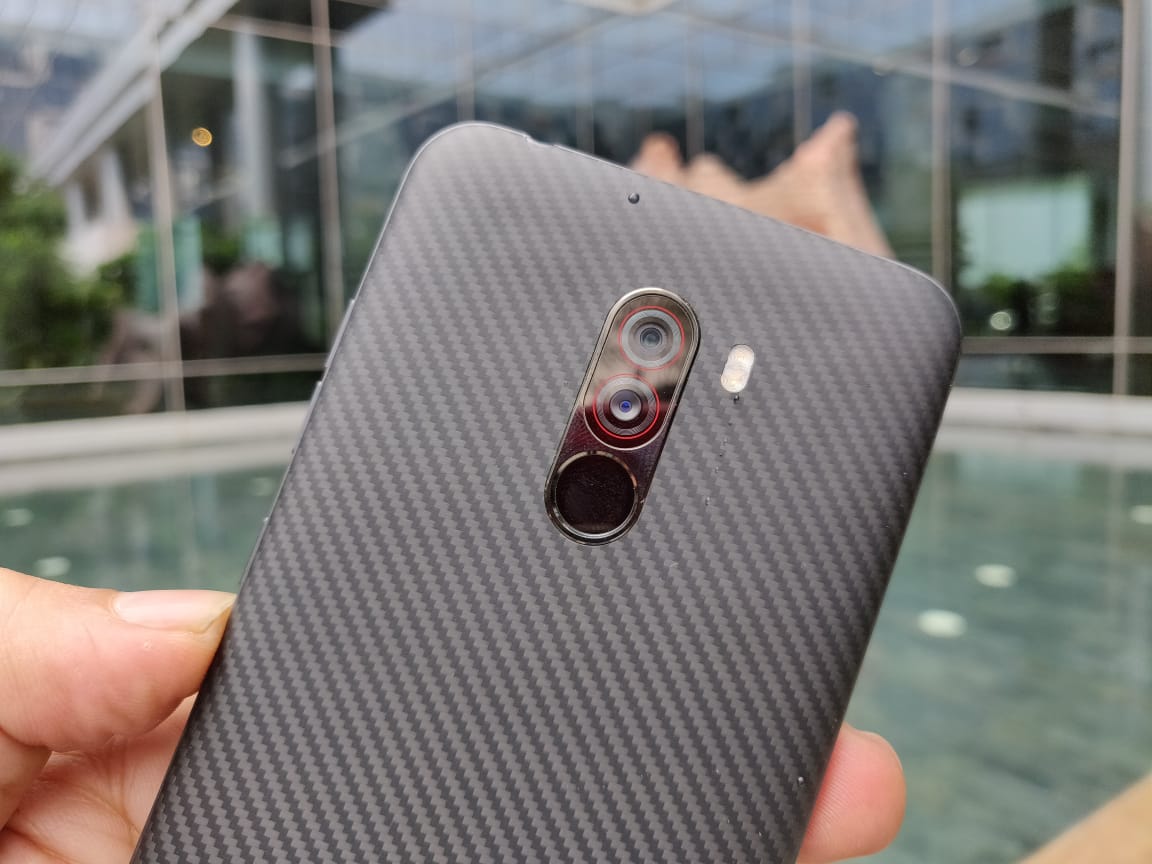 The phone took some good macro shots as well, which is again a good thing. Xiaomi has employed some AI in camera, which automatically tweaks photos without making any abrupt changes. Coming to the selfie camera, the phone was able to capture good detailed shots in ideal lighting condition. We also liked the portrait mode as it was able to naturally blur the background.

For its Fast Face Unlock

Another thing we liked about the Poco F1 is the face unlock feature. The company has employed infrared emitter and front-facing camera to scan your face. In our testing, we were thoroughly impressed with its performance. The phone took less than a second to unlock the device using the Face Unlock feature. Plus point here is that it works well when the lighting condition is not good, a thing which most of the smartphones at this price range lacks. The company has also given a fingerprint sensor at the back in case the Face Unlock fails to recognise.

Why should you not buy Poco F1 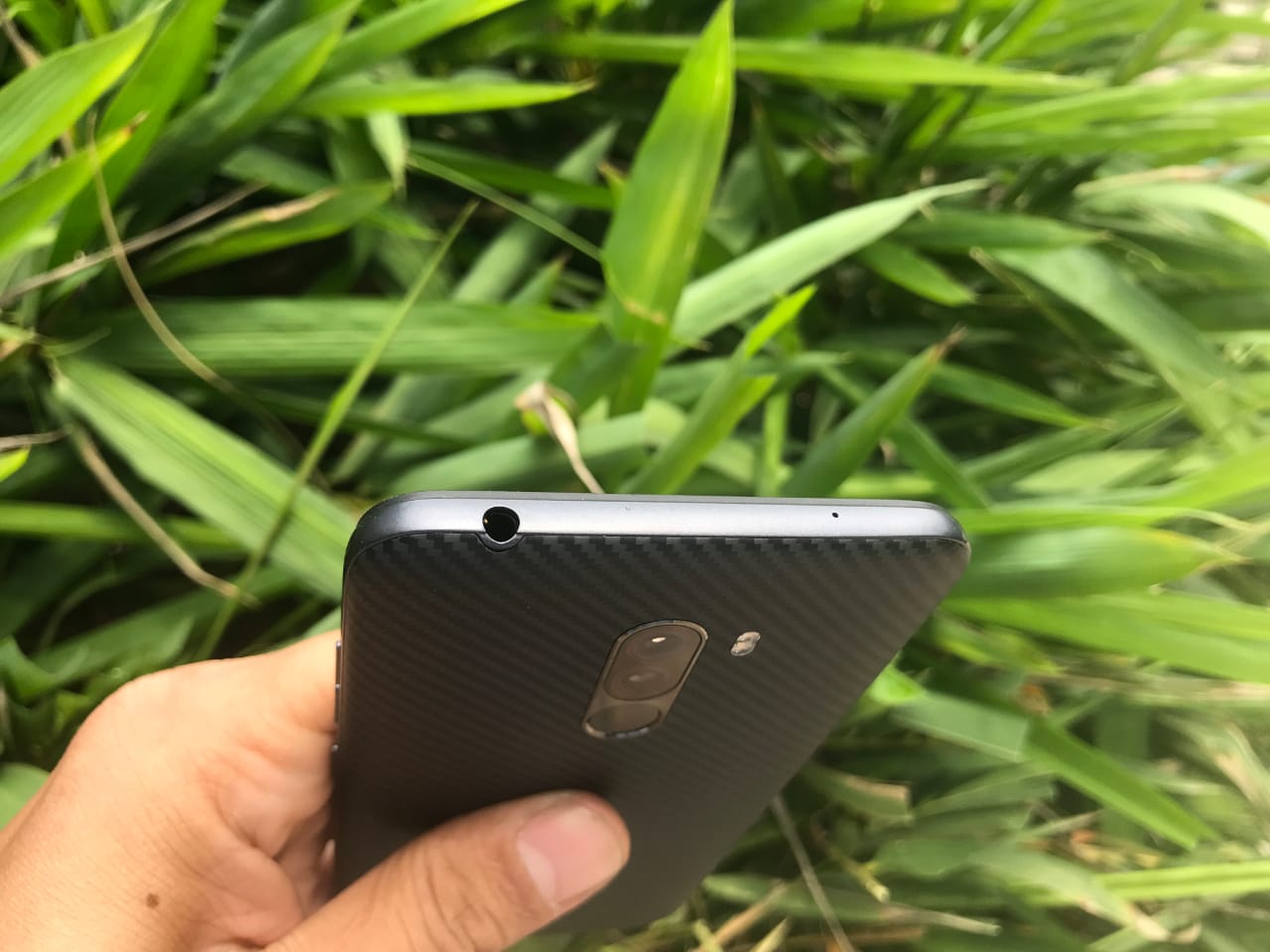 The only area where Xiaomi has done the cost-cutting is the design front. At a time when most of the competition is offering unibody design with either metal or glass back, Xiaomi has opted for a polycarbonate body. However, the polycarbonate body is surely more durable than glass, and it could manage the heating issue better as compared to its metal counterparts, but it does not look that premium as compared to the likes of Asus Zenfone 5Z, OnePlus 6 or even some Huawei smartphones. But clearly, the company is not targeting those people who require a beautiful looking smartphone.

Although the rest of the specifications looks pretty insane, the display is one area that the phone lags a bit behind its competition. It has a 6.18-inch Full HD+ display with a screen resolution of 2246 x 1080 pixels. The display is bright, and you thank 500nits brightness for that, but it was emitting a yellowish tint, which kinds of spoils the whole mood. This is a problem that Xiaomi needs to look in its smartphone as it is not the only device that comes with a similar problem. Comparatively, we have Asus Zenfone 5Z sporting a better display, while the AMOLED screen in OnePlus 6 looks much sharper and crisp as compared to this one. But then again, Poco F1 comes with a pretty attractive price.

For its low light camera performance 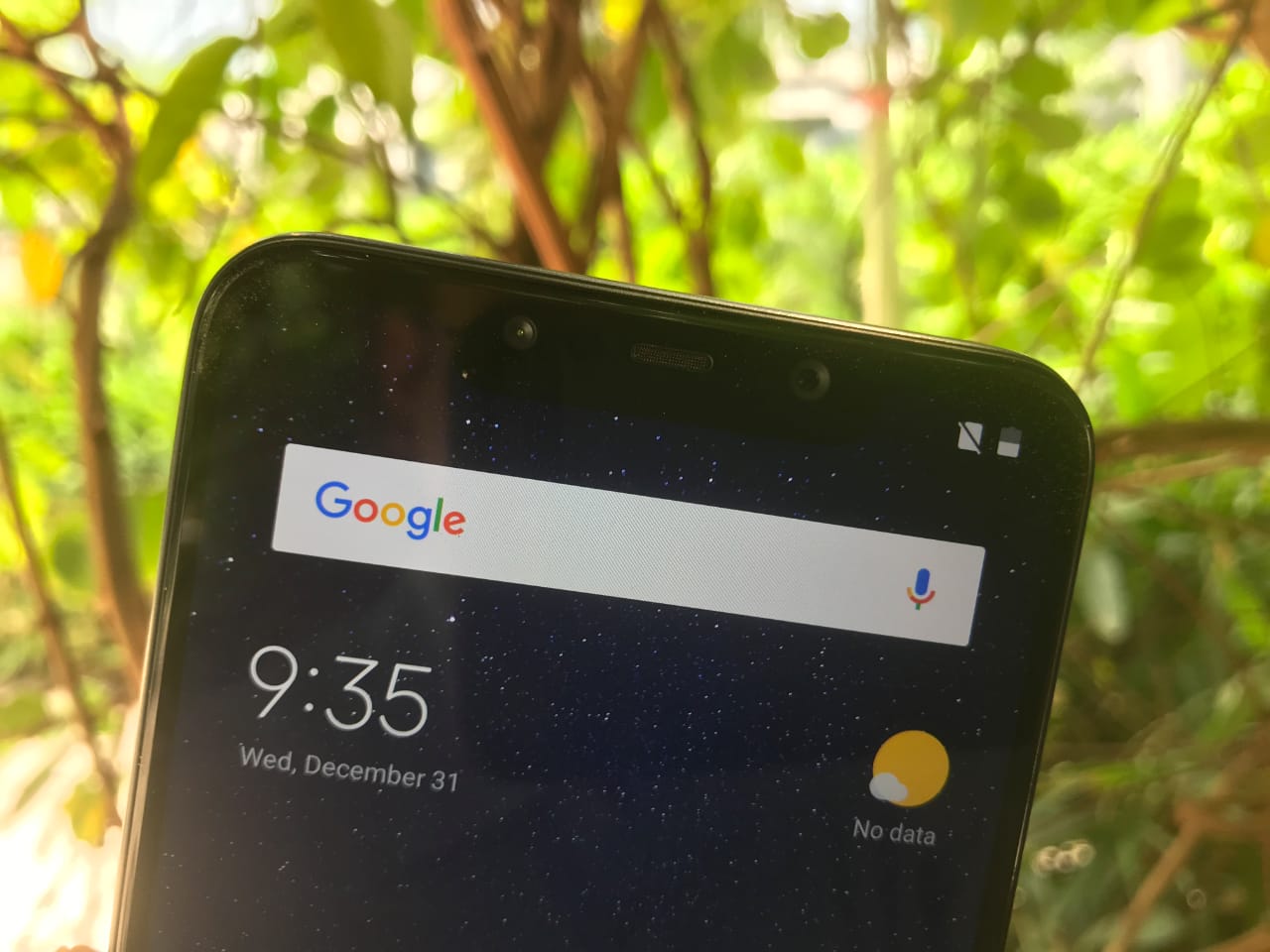 Let’s admit it, the low light performance of the Poco F1 is not that great. We took multiple shots in indoor and outdoor conditions and found out that the detailing was notably missing in the photos. Further, there were some noticeable grains as well. In this regard, the Mi A2 does a better job and so does the Zenfone 5Z and OnePlus 6. Talking about selfies, the photo came out to be a bit grainy. Another thing we didn’t like about the rear camera was the portrait mode. The phone was not able to properly blur the subject, and we could see some bleeding around the edges of the subject.

Poco did a good thing by introducing a new launcher on its smartphone over Xiaomi’s MIUI 9.6. The main highlight of the launcher is that you get an app drawer, which ismissing in Xiaomi’s user interface. The app drawer is handy in this smartphone, and you get a universal search button at the base, while the apps are sorted into a different genre like Communication, Entertainment, Tools and more.

However, apart from this, the bloatware issue remains the same. You get a host of third-party apps like Facebook, Amazon, Netflix, Microsoft App Suite, PhonePe, UC Browser and more. Then there are Xiaomi’s applications, which are aplenty. That said, we would have liked if the company could have toned down the bloatware in its user interface.

The Poco F1 by Xiaomi has made its place to the top spot with the kind of specifications it offers coupled with the dependable battery life and super fast face unlock feature. The camera looks promising in daylight, though the low light is not that great. The display is another area the phone lags behind its competition coupled with loads of bloatware. That said, if you are ready to ignore some of its cons then this is the device you should go for without giving a second thought.