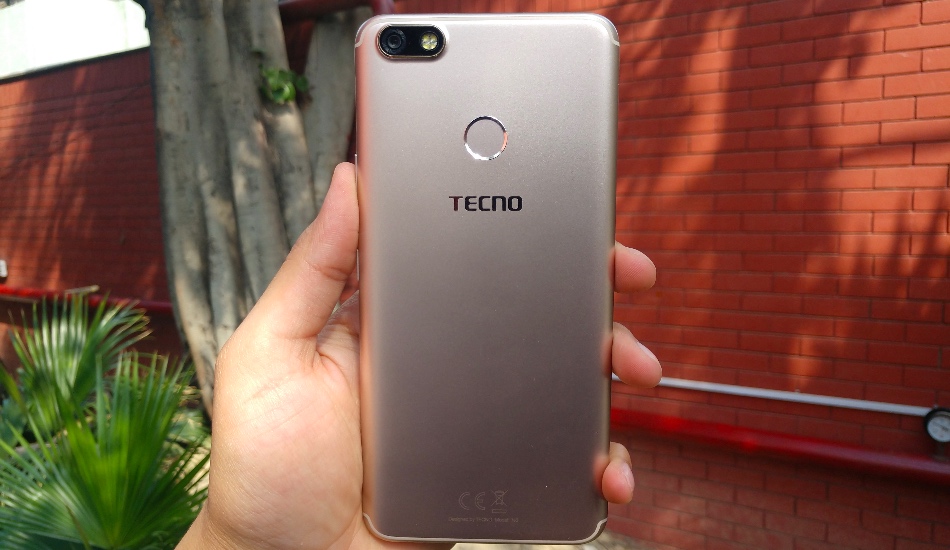 The Tecno Camon iClick features a 6-inch HD+ display with a screen resolution of 1440 x 720 pixels. The device is powered by a MediaTek Helio P23 octa-core processor clocked at up to 2.0GHz along with 4GB of RAM and 64GB internal storage. The memory can be further expanded via micro SD card slot.

Tecno has recently unveiled its Camon iClick selfie-centric smartphone for the Indian market at a price tag of Rs 13,999. The device features a 20-megapixel front-facing camera with f/2.0 aperture, dual-LED flash, AI Beauty mode and more. While for the rear, there is a 16-megapixel sensor with 4X flash and f/1.8 aperture.

For Vodafone users, the brand announced to offer cashback coupon worth Rs 2,200 along with free subscription of Vodafone Play for 3 months. Other than this, one will get 100 days’ replacement warranty, one-time screen replacement, and one-month extended warranty on the Camon iClick.

Recollecting some specifications, it is powered by a 2.0GHz MediaTek Helio P23 octa-core processor and Mali-G71 GPU. It is backed up by 4GB of RAM and 64GB internal storage, which is further expanded via microSD card. The iClick features a 6-inch HD+ display with a screen resolution of 1440 x 720 pixels. With that being said, here is our review of the Tecno Camon iClick (Picture Gallery).

Things we liked about the Tecno Camon iClick 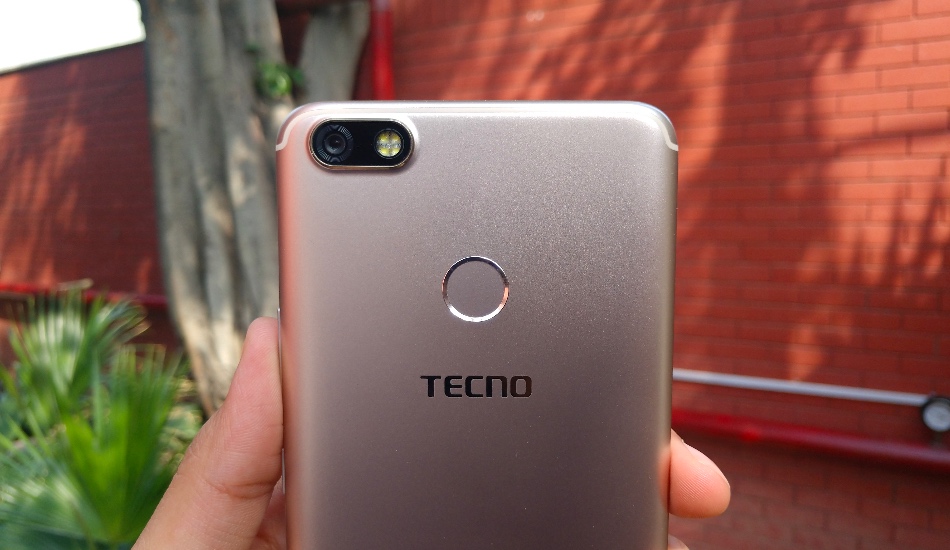 Starting with the Tecno’s major highlight, being a camera-centric smartphone, it is able to capture some good quality selfies in different lighting conditions. Though the smartphone comes with the single camera sensor, it can still capture the pictures in portrait effect by blurring out the background and highlighting the subject in the image.

Further, it comes with the AI Beautify mode, which offers various kind of options to enhance the quality of captured pictures. As far as the rear camera is concerned, the iClick’s low-light performance is not that great with noticeable grains and faded contrast. However, if the images were click using its superpixel mode, the photos definitely look sharper and had offer actual colours. 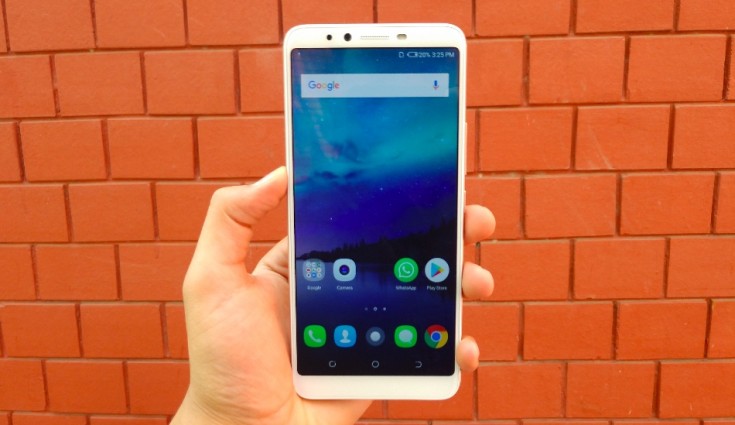 The iClick’s is a sleek and an amazing looking smartphone, which comes with the all metallic unibody design finish. Further, at this price range, the handset surely looks premium and elegant with those slim bezels and the tall display (18:9 ratio) makes it look like a much more premium device at the front. With that being said, the phone is a bit slippery in nature and due to its reinforced-plastic build, the device was easily able to get scratches in the lower section after a week of use, so a protective case is a must with this one. To know more about the device physical appliance don’t forget to check out the first impression.

iClick comes with a 3750 mAh battery, which is again a plus point after the cameras. In our testing after normal use, the smartphone was easily able to deliver backup more than a day (nearly 1.5 days), which includes music streaming, surfing the net, using social media, chatting on WhatsApp and taking calls. Further, heavy user can surely leave their power banks and charger at home, as it easily provides full day battery backup. In our experience, the phone took around 2.5 hours to charge completely from zero to 100 per cent with its wall charger.

Things we did not like about the Tecno Camon iClick 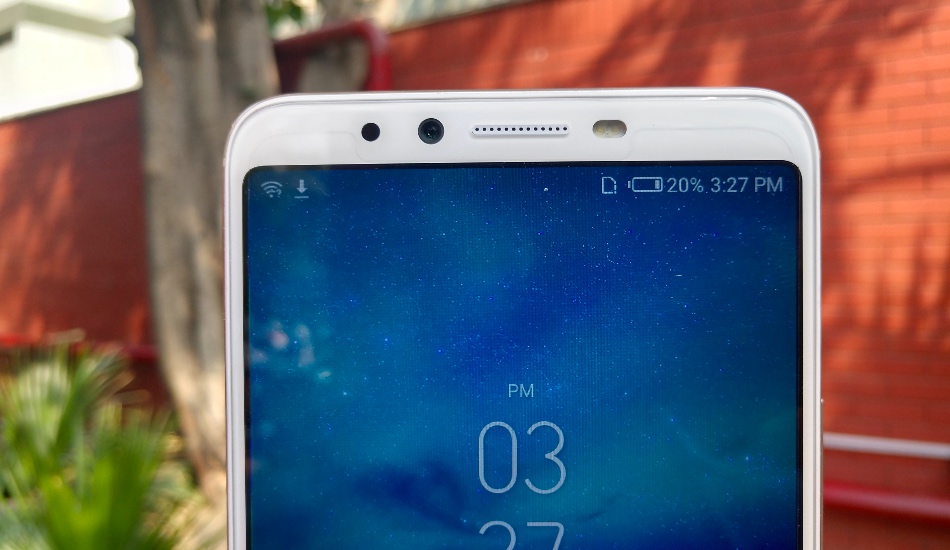 The Tecno Camon iClick features a 6.0-inch HD+ LCD display with a screen resolution of 1440×720 pixels. Though the display comes with some narrow bezels, the contrast ratio and colour output is an issue. When other smartphone manufacturers, like Asus and Xiaomi, are offering a better Full HD+ display at this price range, the Tecno decides to feature a lower resolution display. Further, the reflective nature of the screen and lower brightness of the display hampers the outdoor visibility.

Coming to the performance, the iClick is powered by 2.0 GHz MediaTek Helio P23 octa-core processor. The phone packs in 4GB of RAM and 64GB of internal storage, which can be further expandable via micro SD card slot. Since the smartphone comes with an impressive specs sheet, it was easily able to run the day to day tasks. However, when it comes to the multitasking part, the device showed some noticeable lag. On the gaming front, the phone was easily able to handle most of the casual games, while heavy games like PUBG Mobile was leaving some trails behind, with lower-level graphics and after clearing out the RAM. Further, the overheating issue was minimal in our testing.

The Tecno Camon iClick is powered by the latest Android 8.1 Operating System, and still, the device was not able to impress us, and that is because of its customized HiOS 3.3 skin. Like any other UI, the HIOS skin features a section of recent used/favourite application in the app drawer which really comes in handy. However, every time the user visits the app drawer, one will find an advertisement on the menu, which every single time suggests to download a particular application, which may often irritate the customer. 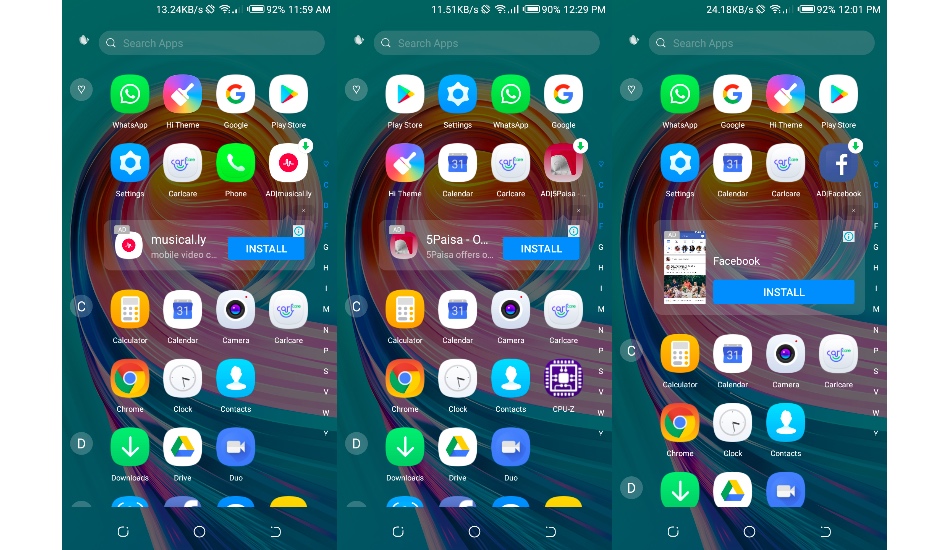 Further, the suggested application changes every time the user visits the app drawer and sometimes displays apps which are already downloaded in the smartphone. The UI is highly animated and comes with a dozen of bloatware applications, which has definitely surpassed the Xiaomi’s MIUI, the list includes – Carlcare, Hi Theme, Phone Master, PHX Browser, Face ID, WhatsApp, Facebook, Instagram, Messenger and more.

To conclude, the Tecno Camon iClick has an impressive set of cameras, decent battery life, latest Android 8.1 Oreo and a great design with 18:9 screen aspect ratio. However, the smartphone does not bring anything new to the table, it lacks in performance and comes with an annoying OS Skin. While on the other hand other smartphone makers like Xiaomi (Redmi 5, 4GB RAM) and Asus ( Zenfone Max Pro M1) already offering a better deal in the same price category.