The Spice Stellar Mi-360 seems to be a phone for touch and type lovers. It has got attractive looks and offers decent performance for the price of Rs 4,799.

Spice has introduced yet another affordable handset. The new Spice Stellar Mi-360 is special, especially on one count - it comes with a QWERTY keypad along with a capacitive touchscreen. The device has been released for Rs 4,799, much less than the Moto E - the current fad in the affordable segment. 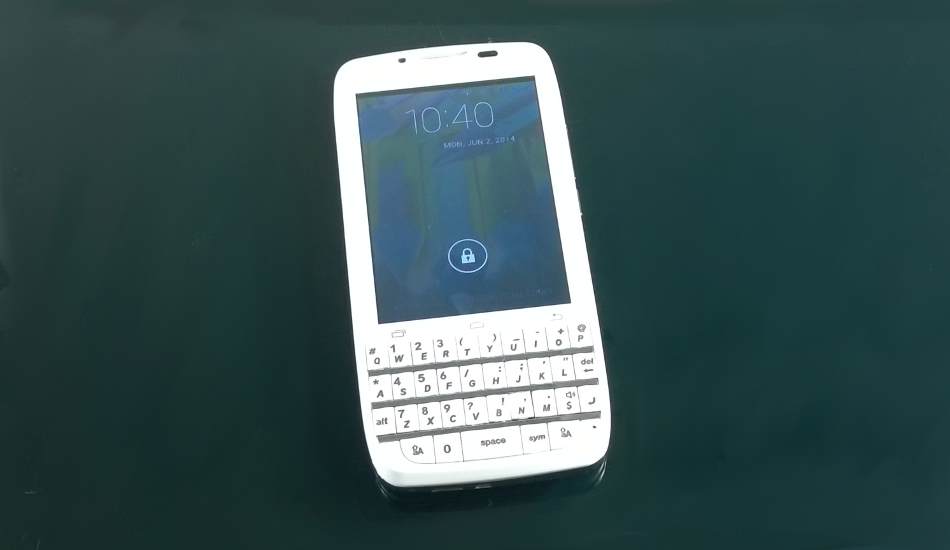 Here is an exclusive first cut of the Spice Stellar Mi-360 and let's see whether it has the muscle to counter Motorola Moto E and become the favourite in the sub-Rs 5,000 segment.

The handset features a 3.5 inch touchscreen and a full QWERTY keypad. The screen has 480x320 pixels resolution. There are three touch buttons below the screen as well like usual Android device have, namely -Recent, Home, Return. The handset has Android 4.2 Jelly Bean operating system and a 1.3 GHz dual core processor. There is 512 MB RAM, 4 GB ROM and an expandable storage slot in the Mi-360 as well that can accommodate a micro SD card of upto 32 GB capacity. 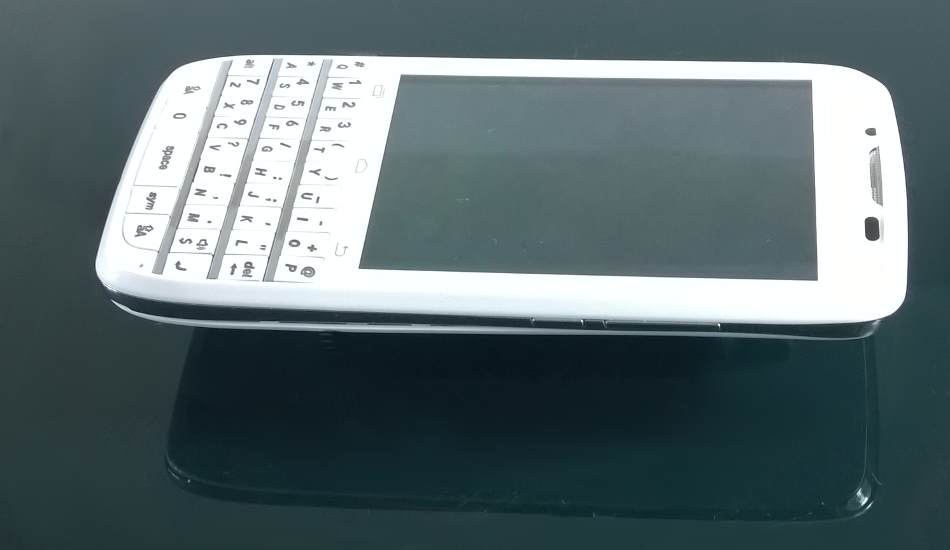 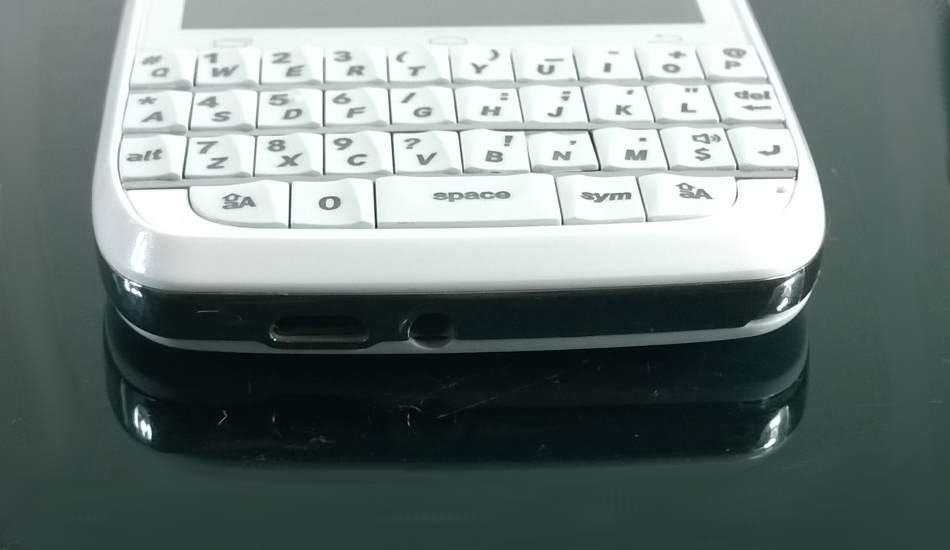 The Spice Stellar Mi-360 has a 3.2 megapixel rear camera and 1.3 megapixel front camera. It has a 1500 mAh battery which said to offer 5 hours of 2G talktime. Besides, it comes with FM radio, WiFi, WiFi teetering, Bluetooth, 3.5 mm jack, and LED flash. It has two SIM slots of which one is capable of accommodating a 3G SIM card.

The Mi-360 comes in white colour only as of now. The monotony of white is broken by the metal thread on its sides and the QWERTY keypad. Spice has given it a shiny finishing but the phone is not slippery. The phone is quite light weight as well as very thin and thus fits the palm. 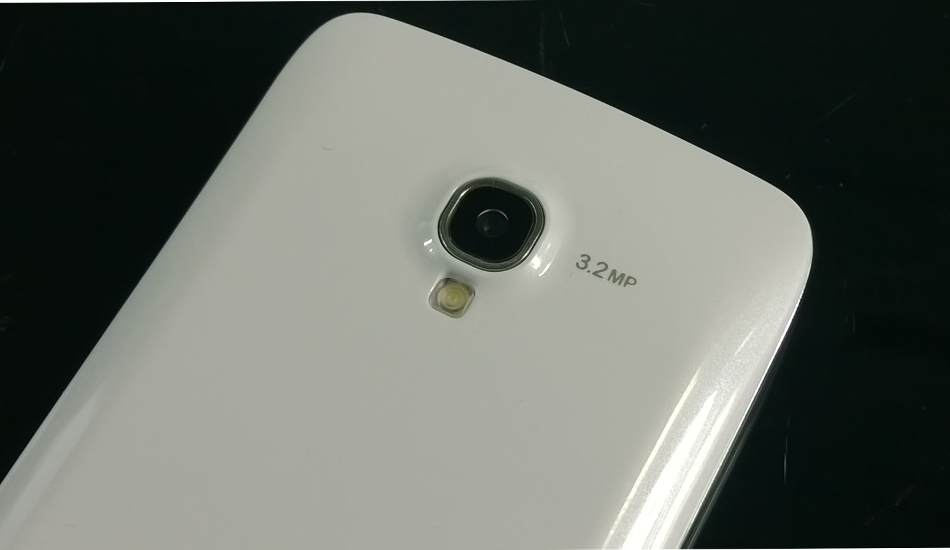 In the handset, there is a 3.2 megapixel camera in the rear, below which lies an LED flash. There is a speaker grill at the bottom of the rear panel, above which the brand name - Spice - is printed. The volume rocker and the power button are closely placed, but with enough space, in the right hand side. The 3.5 mm jack and the micro USB ports are at the bottom. 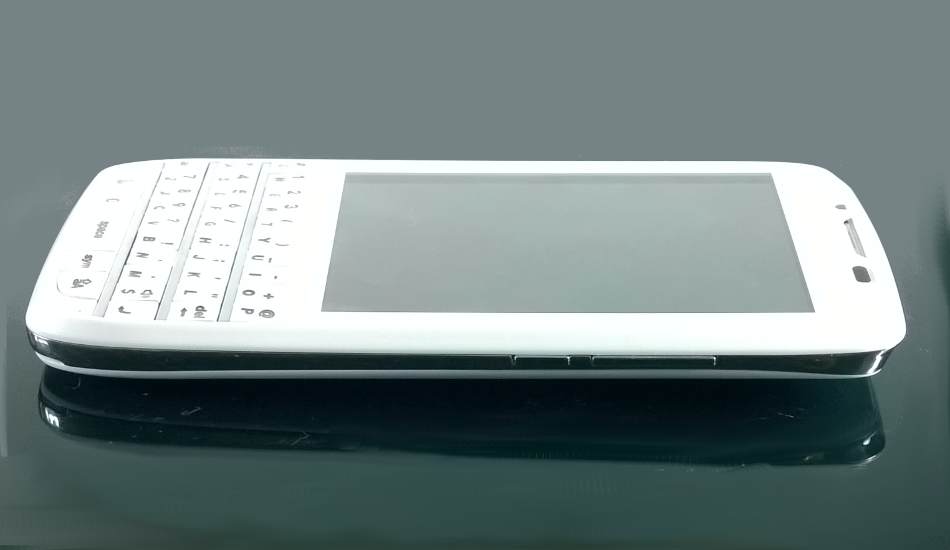 The highlight of the phone is its QWERTY keypad. The buttons though tightly placed but each one of them come with a slightly erased portion that means you will only press one button at a time. Anyway, it has a 3.5 inch touchscreen and hence you can use its on-screen keypad as well. The capacitive touchscreen has good response as well. However, the screen has poor viewing angle but brightness seems decent. 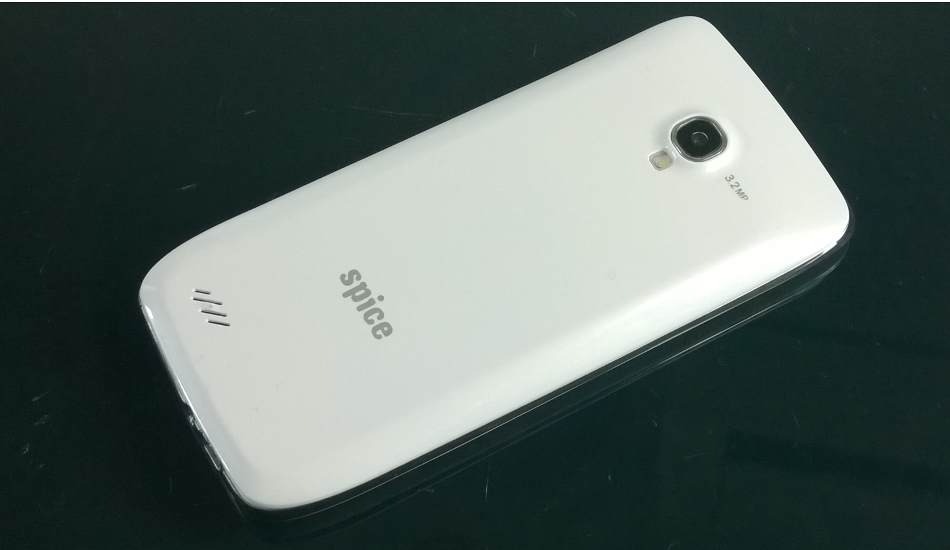 The combination of 1.3 GHz dual core Mediatek MT6572 processor, Mali 400 MP GPU and 512 MB RAM, the Spice Stellar Mi-360 did offer decent performance. Not only it managed to open apps quite fast but it managed to run the Temple Run 2 with ease. It has got decent 9812 score on Antutu as well. 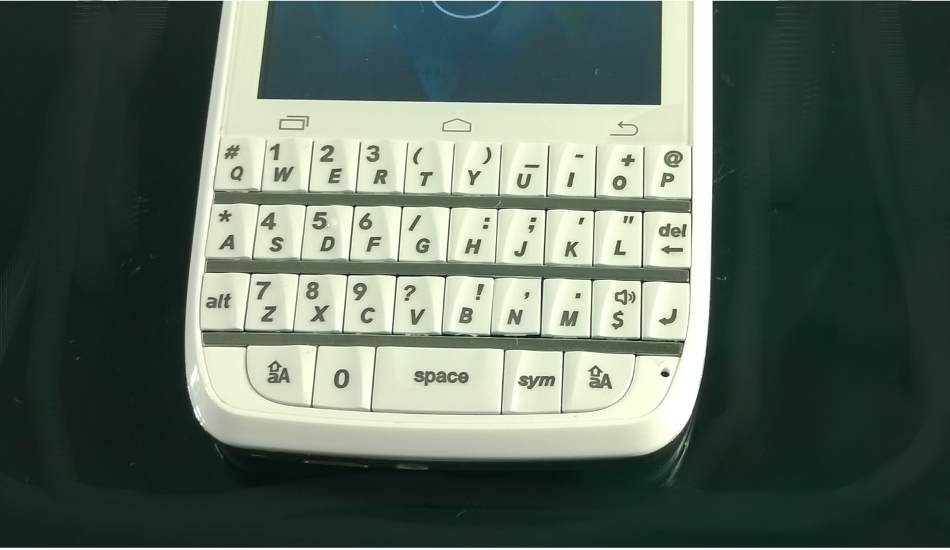 The device currently comes with Android 4.2 Jelly Bean operating system and not Android KitKat which could go against it considering that few newly launched devices like Moto E, Micromax Canvas Engage and Unite 2, and Lava Iris X1 come with latest Android 4.4 version. 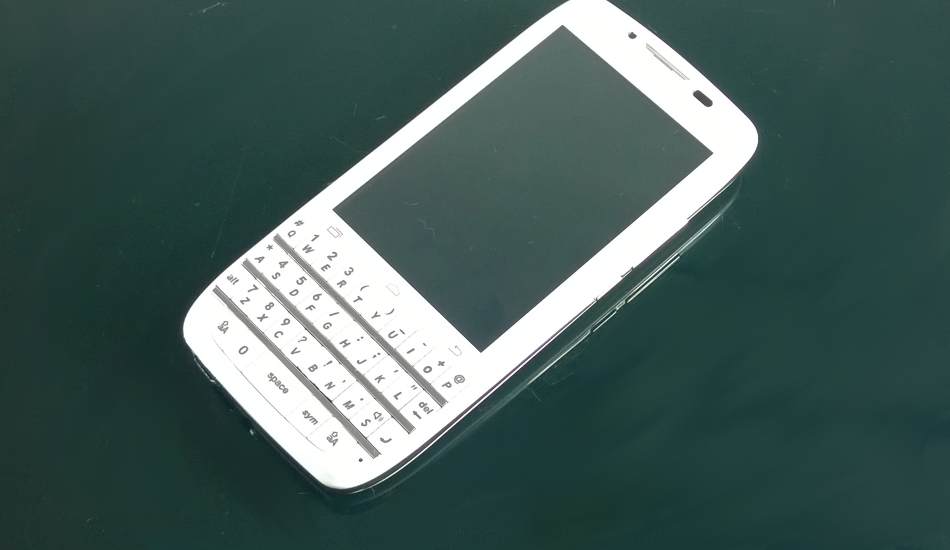 Memory wise, it is like all other its competitors with 4 GB internal storage and 32 GB expandable storage slot. It has also two SIM slots offering 3G connectivity as well as WiFi, WiFi teetering, Bluetooth, and micro USB port for connectivity. Besides, the phone has FM radio and GPS. All the features worked nicely during our short interaction. 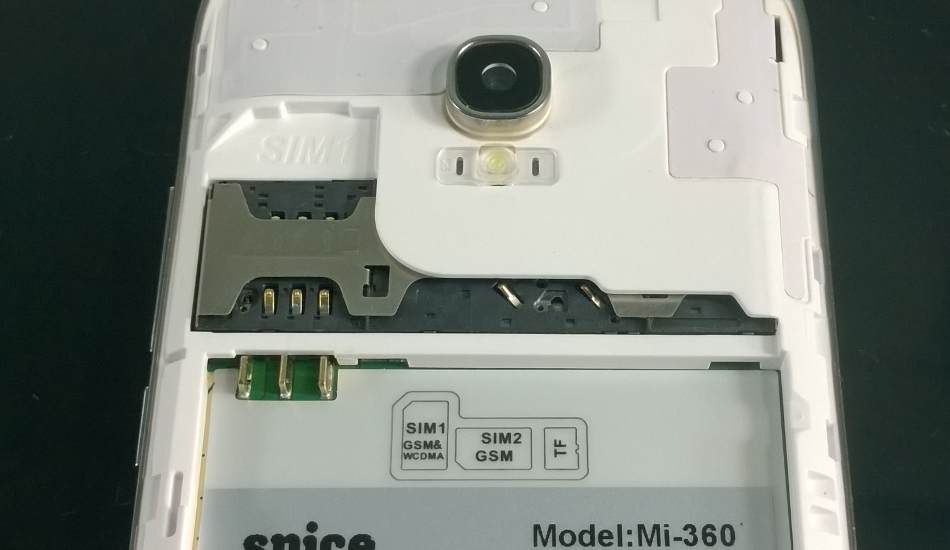 The Spice Stellar Mi-360 has a decent 1500 mAh battery but as per the company it offers only 5 hours of 3G talktime which is quite strange. A handset with a 3.5 inch touchscreen and 1500 mAh battery should have offered about 8-10 hours of 2G talktime but that is not seems to be the case. We will talk more about the battery back up of Mi 360 during our full length review. 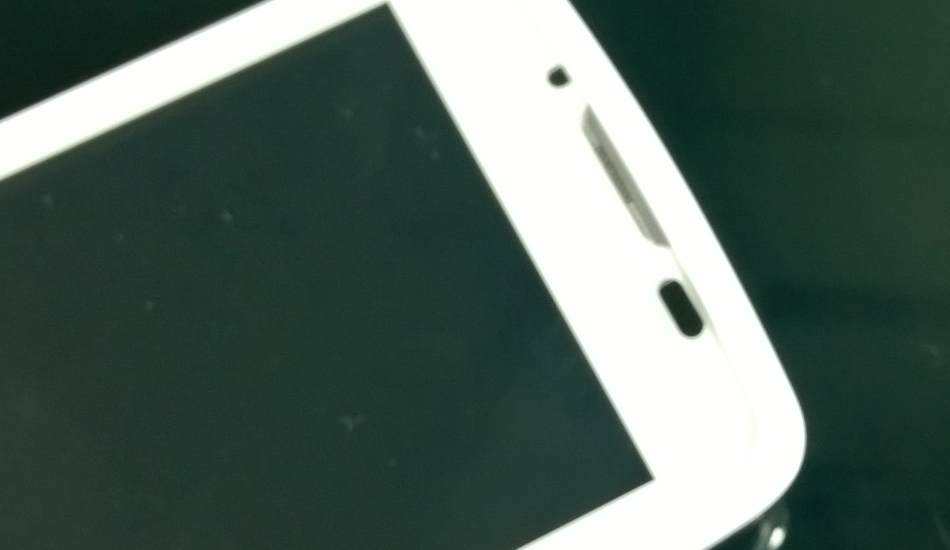 Another contentious issue about the phone is its camera. A 3.2 megapixel rear camera isn't attractive these days. As far as our first interaction goes, both the rear and front camera didn't deliver decent images and should be used on emergencies only.

The Spice Stellar Mi-360 seems to be a phone for touch and type lovers. It has got attractive looks and offers decent performance for the price of Rs 4,799. We will do more tests to check out its processing capability, battery back up, connectivity, and camera performance. So keep checking The Mobile Indian for a full length review of the phone.