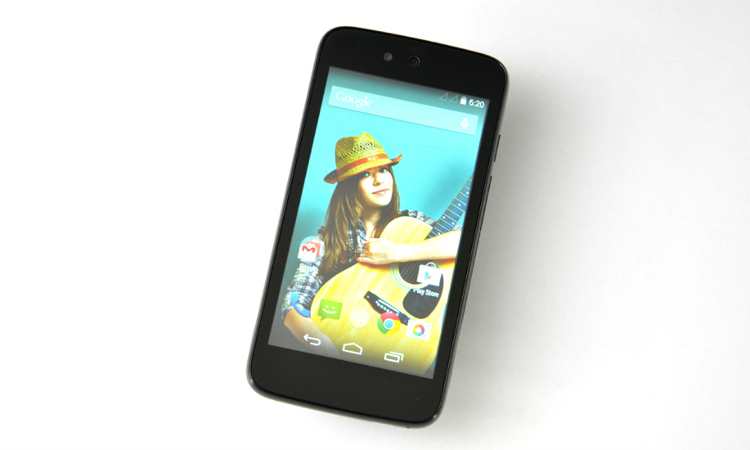 The advantage of Dream Uno is that being an Android One series handset, it is already eligible for the next Android update. However, it has nothing more to offer over the current market leaders like Redmi 1S and Moto E.

Camera could have been better Offers average battery life

Spice is the third handset maker, besides Karbonn and Micromax, to launch a smartphone under the Android One programme of Google. The Spice Android One Dream Uno Mi 498 comes with a 4.5 inch display with 480×854 pixels resolution. The phone is powered by a 1.3GHz MediaTek quad-core processor, Mali-400MP graphics and 1GB RAM. The phone has 4GB internal storage and has an expandable storage slot that can accommodate a micro SD card of up to 32GB capacity. The phone will also come with 10GB Spice Cloud cloud storage space and 35GB Google Drive space. 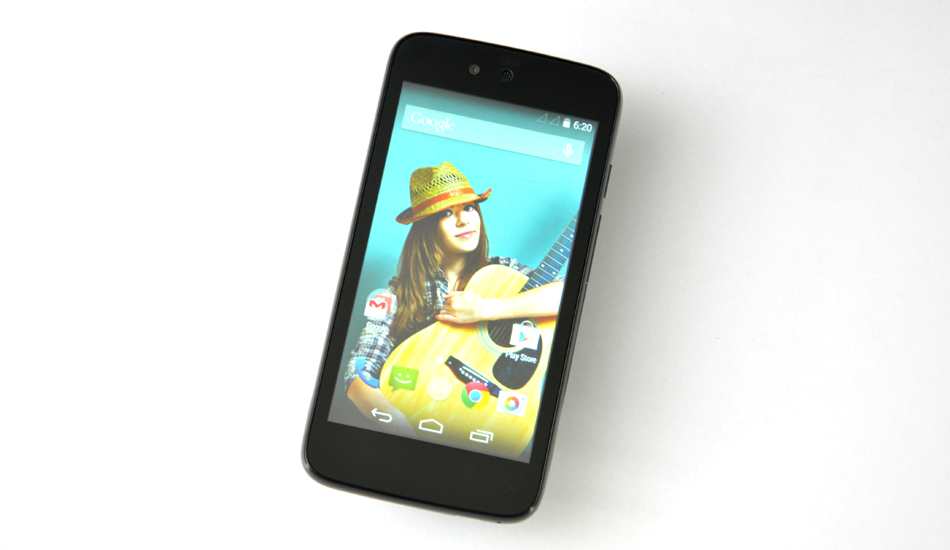 Being an Android One device, the Spice Dream UNO runs on the latest Android 4.4.4 KitKat operating system and will get future Android updates too. It sports a 5 megapixel rear camera with LED flash and 2 megapixel front-facing camera. The phone has a 1700mAh battery. For connectivity, the dual-SIM Spice Android One phone supports Bluetooth 4.0, 3G, WiFi and A-GPS. Flipkart is also said to be offering few e-books with the phone. 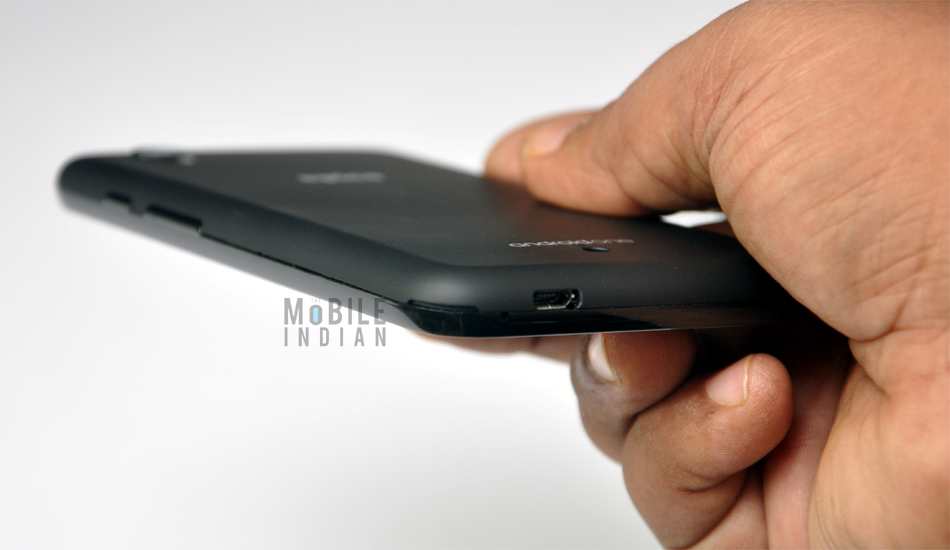 Spice was kind enough to let us review the smartphone for about three weeks and here is what we had found about the device during the period.

Like the other two Android One devices – Micromax Canvas A1 and Karbonn Sparkle V – the Dream Uno too has a rubberised finish back panel. Infact, from the front, it is very difficult to distinguish among the three. Only the finishing of the back panel – primarily the rear camera unit – distinguish the three from each other. 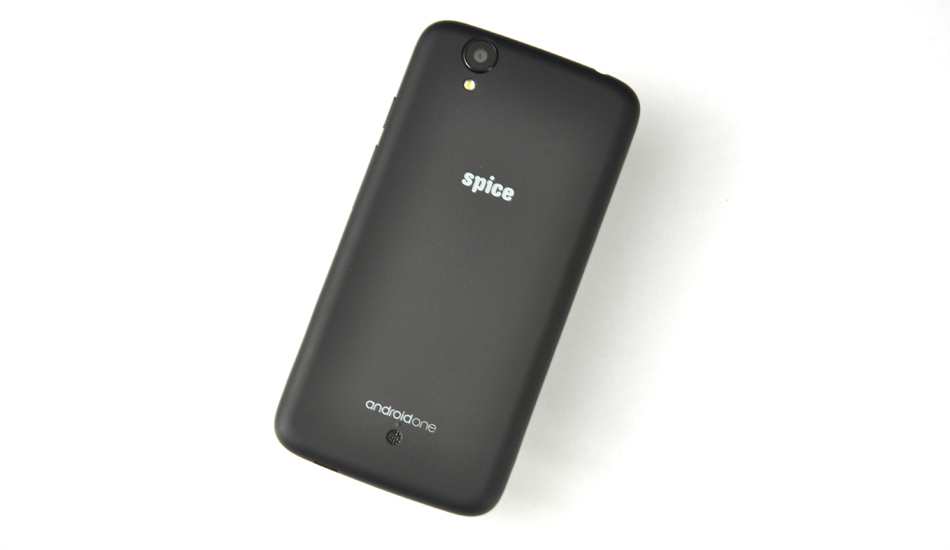 For instance, the rear camer unit of Canvas A1 is contained in a big circular metal plate; the one in Sparkle V comes in rectangular shape. The one in Spice Android One is rather unobtrusive. But still, like the other Android One devices, its camera unit peeps out of the back panel. Now this sort of design though looks attractive at the first instance but if you keep the phone with its back panel facing the surface, there is every chance that you might get the lens scratched while dragging it on the surface. 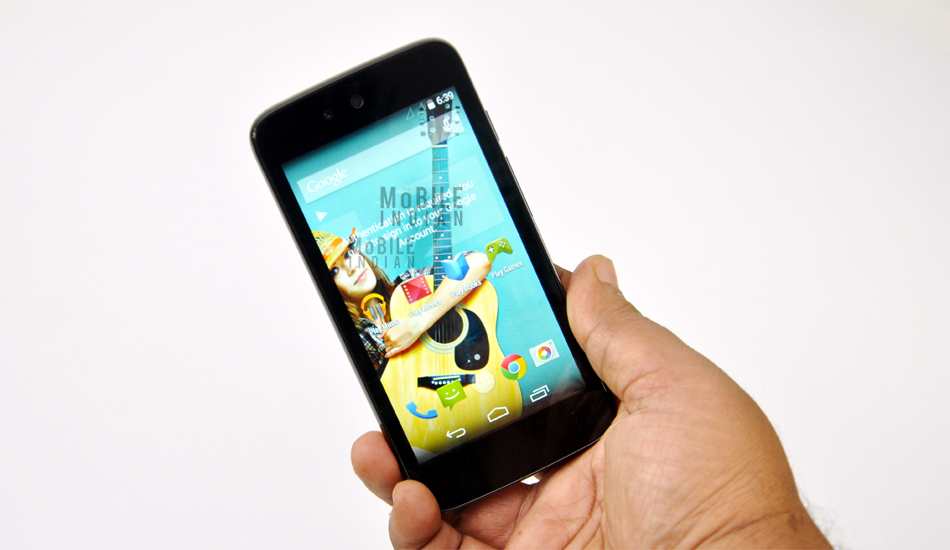 Other than that, there is hardly any flaw in the Spice Android One’s design. Due to its curved sides, it is quite easy to hold as compared to other Android One devices. The phone is quite light and feels sturdy. The power and volume button are placed on the right hand side with ample gape and the keys itself look sturdy. The micro USB port is at the bottom while the 3.5 mm jack (audio port) is at the top. There are two circular speaker grills, one at the top of the front display while the other at the bottom of the back panel. The front camera is just at the right position for taking selfies.

The Spice Dream Uno has a 4.5 inch LCD display with 854×480 pixels resolution, just like the other two Android One devices. Note that the Motorola Moto E (qHD) and the Redmi 1S (HD), both of which are priced closely to the Spice Android One handset have much better display resolution. However, I never felt that it is a non-HD display; it looks as good as any HD display. 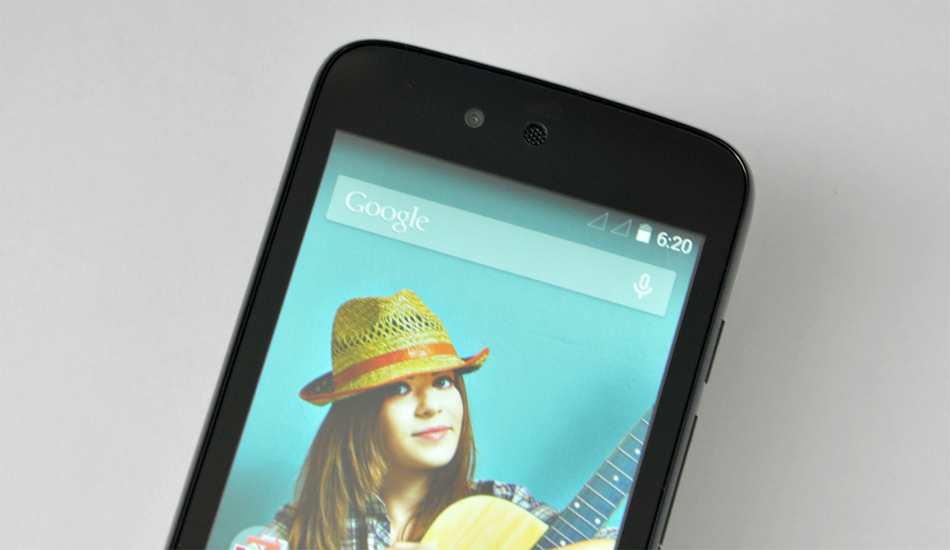 The display is quite responsive but has not enough brightness for sunny outdoors. Thus I had to keep the brightness at maximum all the time. Its display has no Gorilla Glass protection, you must use a screen protector.

The Spice Android One has a 5 megapixel auto focus camera and an LED flash in its back panel. In the front, it has a 2 megapixel unit. Note that it comes with Google camera app and does not have the normal Android camera application. The Google camera app does not let anyone click pictures unless there is an external SD card. 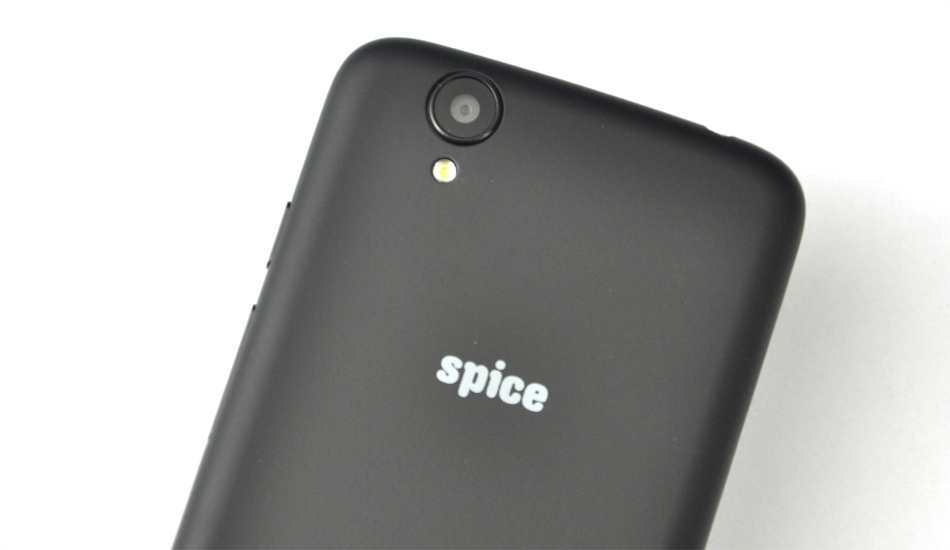 The camera app is also a lot different than the traditional Android app. To access camera features (Panorama, Lens Blur, Photo Sphere, Video, camera etc), you have to swipe from the left edge of the screen. There is a settings icon on the right hand side to let you change from rear to front camera, and to turn on/off HDR, flash, and timer. 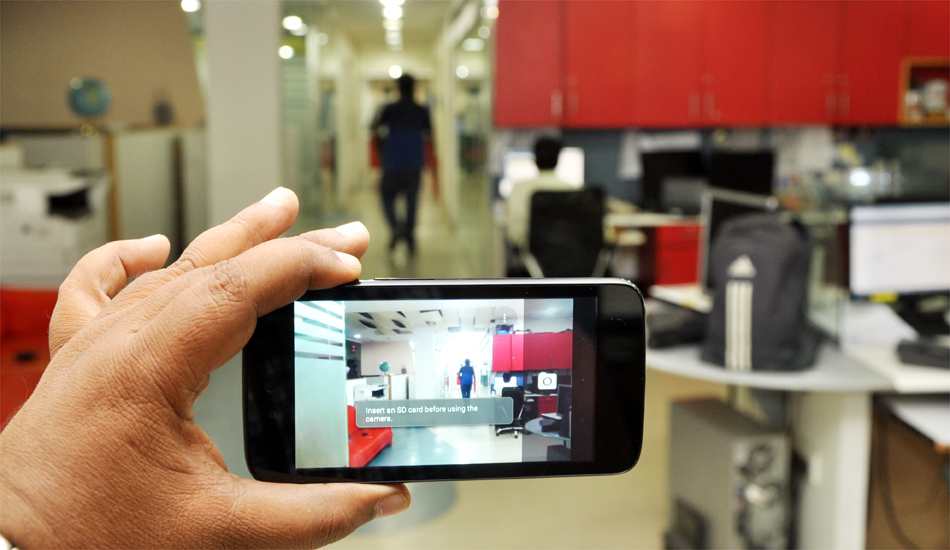 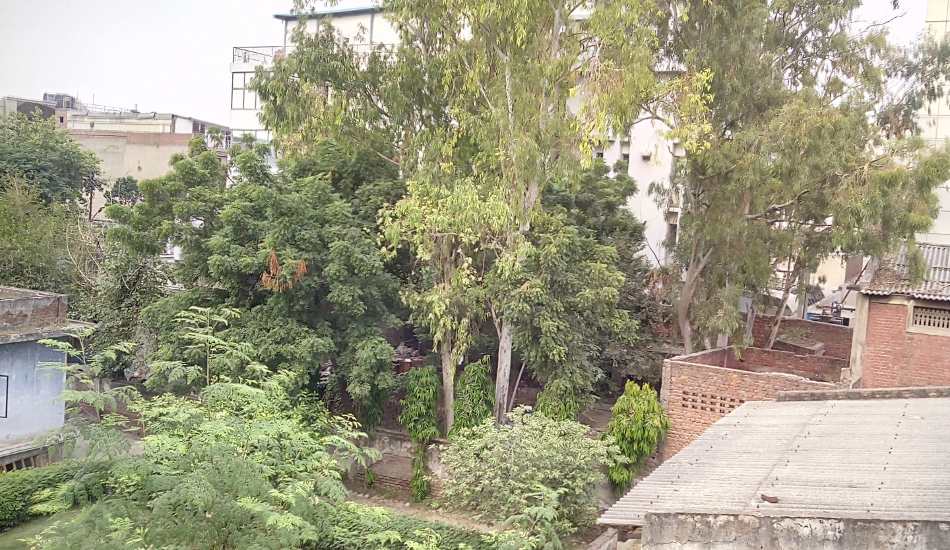 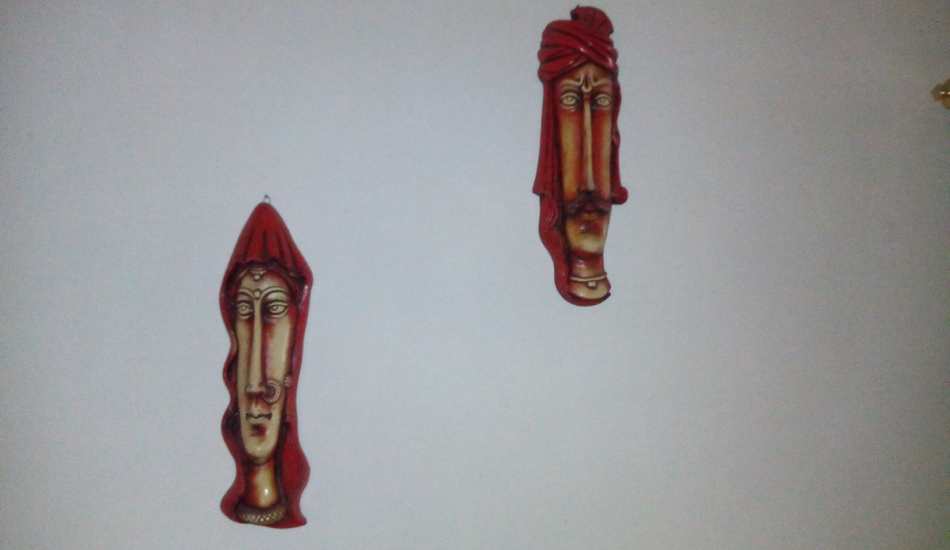 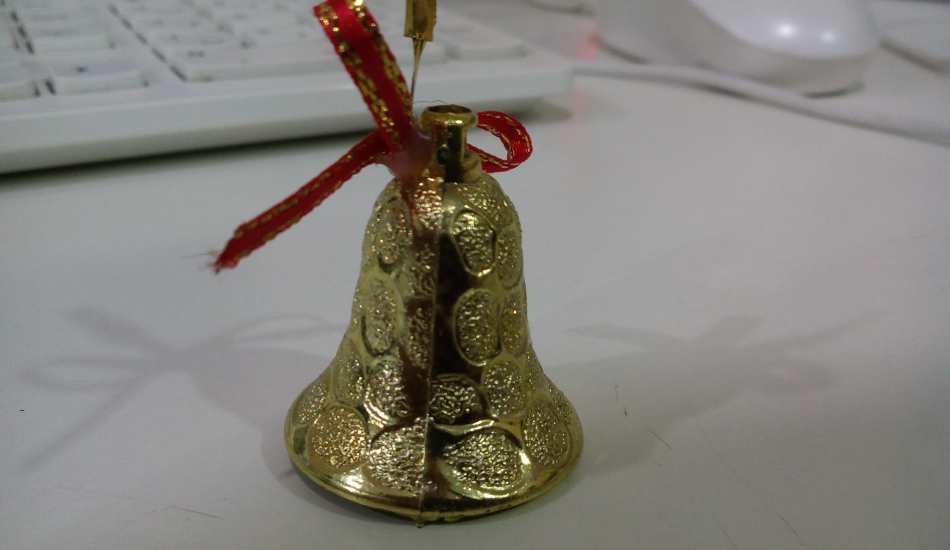 As far as the camera quality goes, you will find the front camera satisfactory for selfies and video calls. The rear camera is decent in good lighting. In low light, the captured images have lot of noise but the flash comes to the rescue. However, do not expect this 5 megapixel camera to do wonders but the images are sharable over social networks nonetheless.

The Spice Android One has a 1.3 GHz quad core processor (Mediatek MT6582), 1 GB RAM, and Mali 400 GPU -the same as the Karbonn and Micromax Android One smartphones. The phone thus gave a very fluid performance, it never froze or hanged during normal day to day functions. Also, it managed to run games like Beach Buggy Racing with ease. 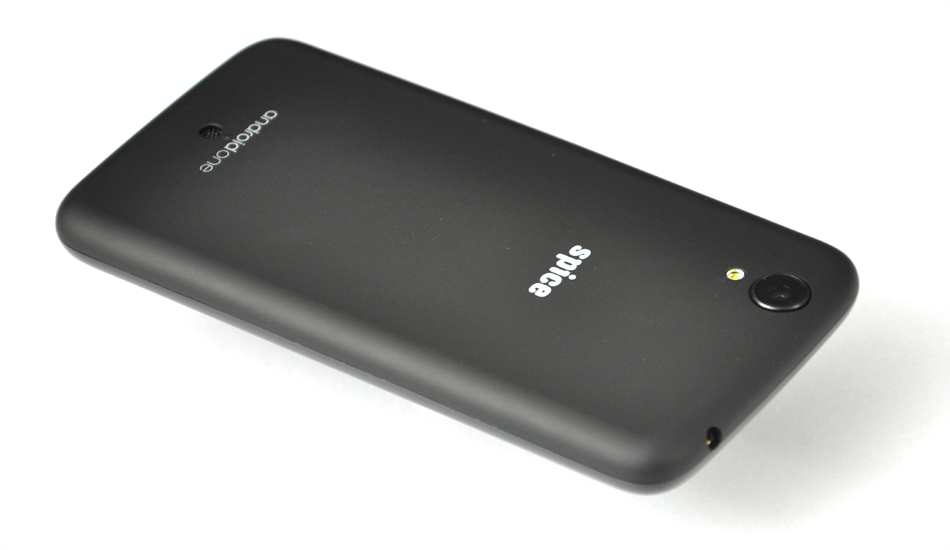 The phone has two SIM slots, both of which are capable of connecting to 3G networks. I had used 3G as well as its WiFi connectivity, and in both the cases it provided good speed. Call reception was good too. Besides, it has Bluetooth 4.0 and a micro USB port for transferring files. 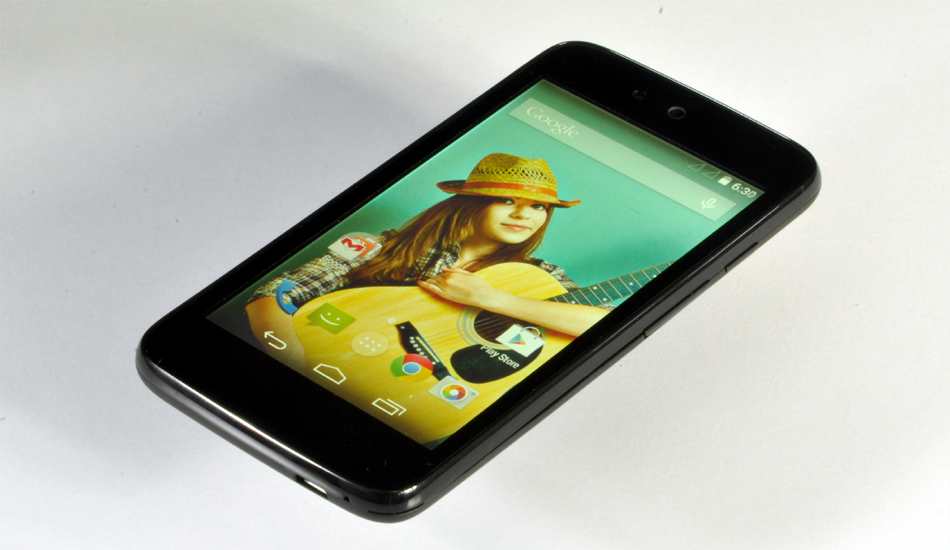 The Spice Dream Uno has a 1700 mAh battery which again does not look spectacular on paper but offers decent battery back up. Once charged, it can last the whole day if you keep the brightness in auto mode. In my case, I used to keep it at highest brightness thoughout the day along with WiFi or 3G but it managed to stay alive atleast for 12 hours. But if you are one of those who wants to play game for about one hour, apart from making few calls and use internet like me then the phone won’t give you must keep the charger handy. 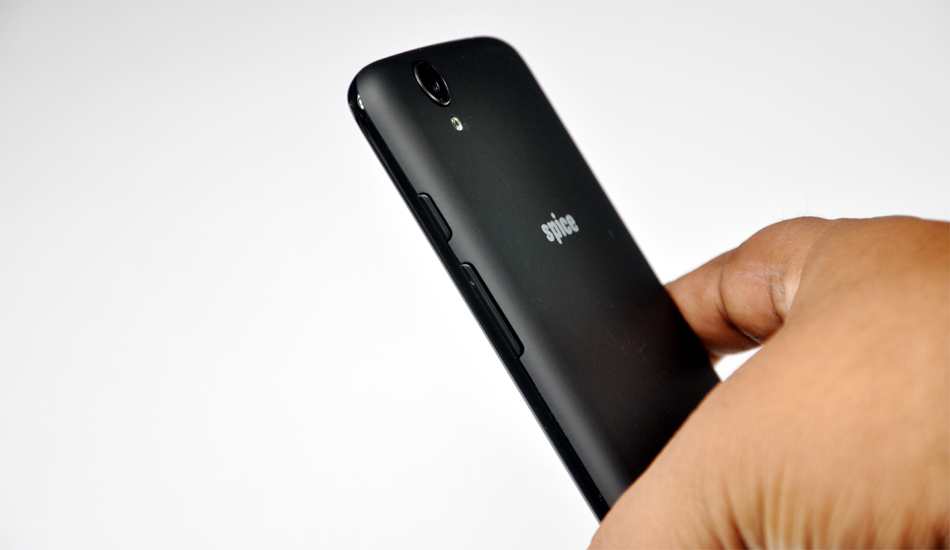 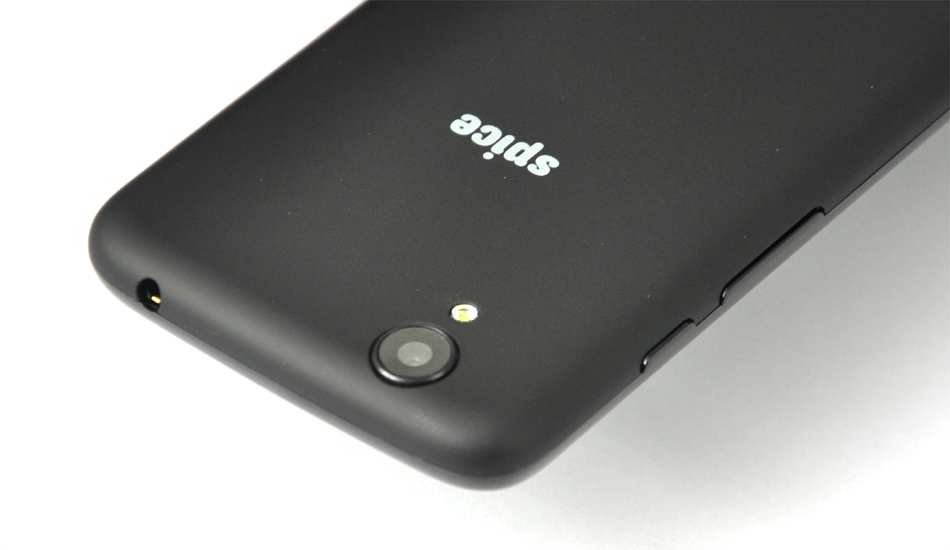 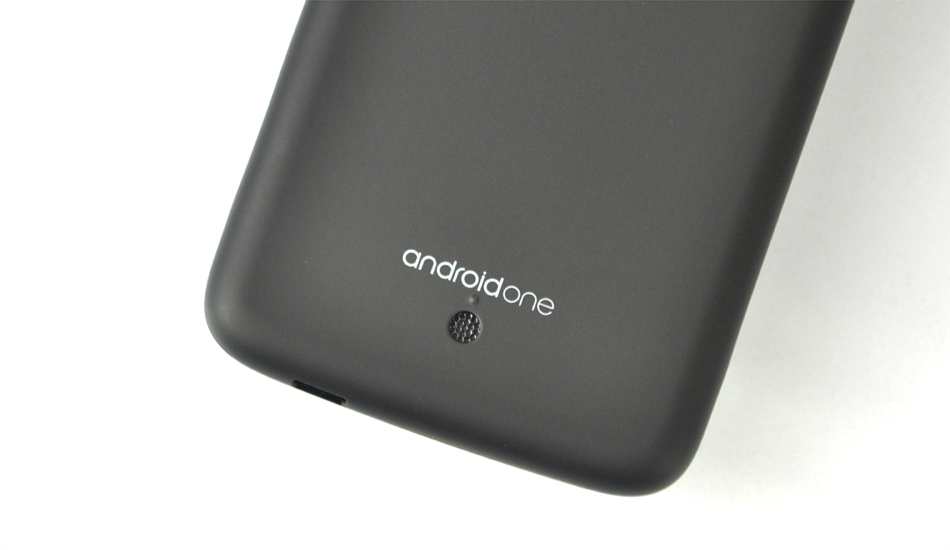 The Spice Android One has only 4 GB of internal storage and has the regular 32 GB expandable storage slot. It does not support external storage devices either. Ofcourse, Spice offers 25 GB of cloud storage for free with the Dream Uno but I wouldn’t fret about it too much. There are several Cloud service provider for Android devices.

At Rs 6,299, the Spice Dream Uno Android One is definitely an attractive option. True, the Redmi 1S offers much more for quite less but the advantage of Dream Uno is that being an Android One series handset, it is already eligible for the next Android update. Apart from the Android update though it has nothing more to offer over the popular Redmi 1S. Ofcourse the unavailibility of Redmi 1S tilts the balance towards Spice Dream Uno. Now the big question is that should you go for the Spice Dream Uno or the Micromax Canvas A1 or Karbonn Sparkle V (the other two Android One phones)? Here I want to clarify that all the three Android One handsets have the same set of features; the difference lies only in their design (as stated in the Design segment above). We have already talked about the Micromax Canvas A1 (click here to read) and will soon publish the review of Karbonn Sparkle V to clear the air further.