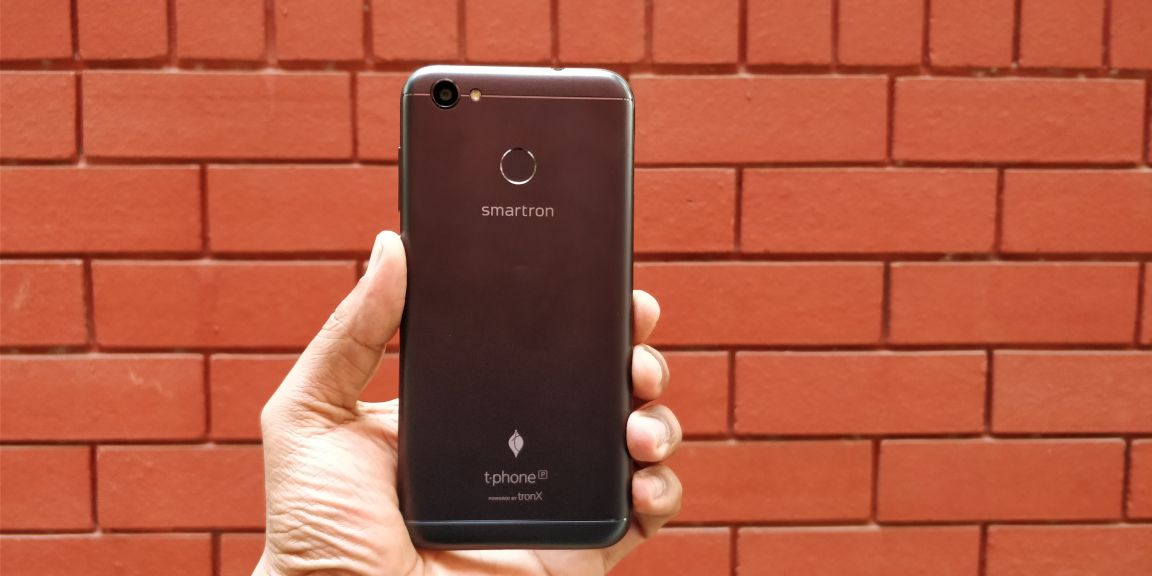 The smartphone does have some interesting specs to offer and the major highlight of the phone is the massive 5000mAh battery. But is it enough to make a long-lasting impression?

Smartron made its debut in the Indian smartphone market with the launch of t.phone in India in 2016. The smartphone got some mixed reviews from both the tech community and consumers. After that, the brand launched yet another smartphone in association with Sachin Tendulkar, known as srt.phone, in May 2017. The phone got some positive response from the consumers.

Last year, firm was also in the news for making handsets for Flipkart, called the Billion Capture plus.

Now, the brand haslaunched their third smartphone, the t.phone P. The smartphone comes with a price tag of Rs 7,999 and it is exclusively available on Flipkart. The smartphone does have some interesting specs to offer and the major highlight of the phone is the massive 5000mAh battery. But is it enough to make a long-lasting impression? We take a closer look. 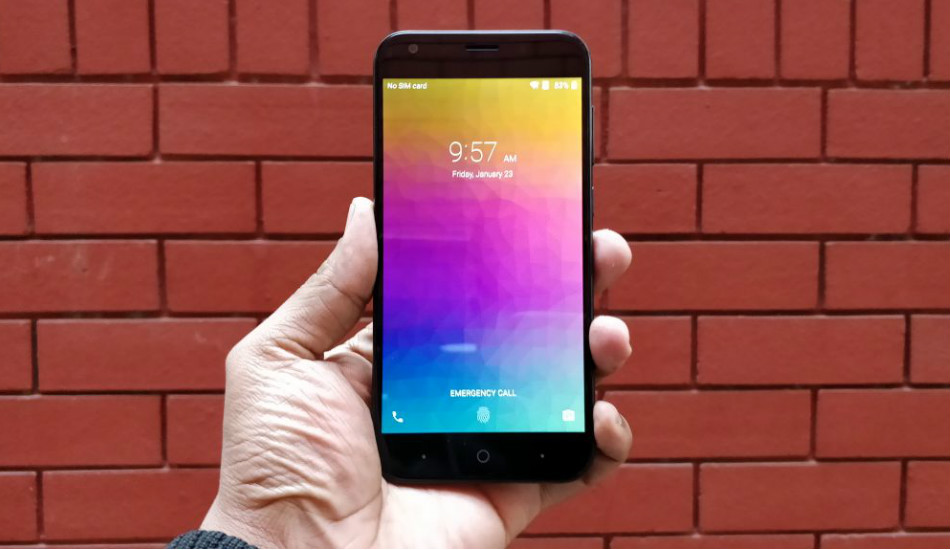 Starting with the major highlight, the 5000mAh battery does give some impressive battery backup. Under normal usage, the phone tends to last more than 2 days, while with power usage, one could expect a battery life of more than 1 day. Plus point here is the OTG support, which means you can also charge other devices with this one as well. The low-resolution display and less power-hungry processor helps the phone to deliver some really good battery backup.

Coming to the camera, the Smartron t.phone P comes with a 13-megapixel rear camera with f/2.2 aperture, PDAF and LED flash. For the front, there is a 5-megapixel shooter for selfies and video calling. The camera UI is pretty clean and yes, there is a manual mode, through which you can control exposure, aperture, shutter speed and more. The front camera does a decent job in broad daylight as the photos came out to be pretty decent in our review. The colours were close to the source and the sharpness was respectable as well. 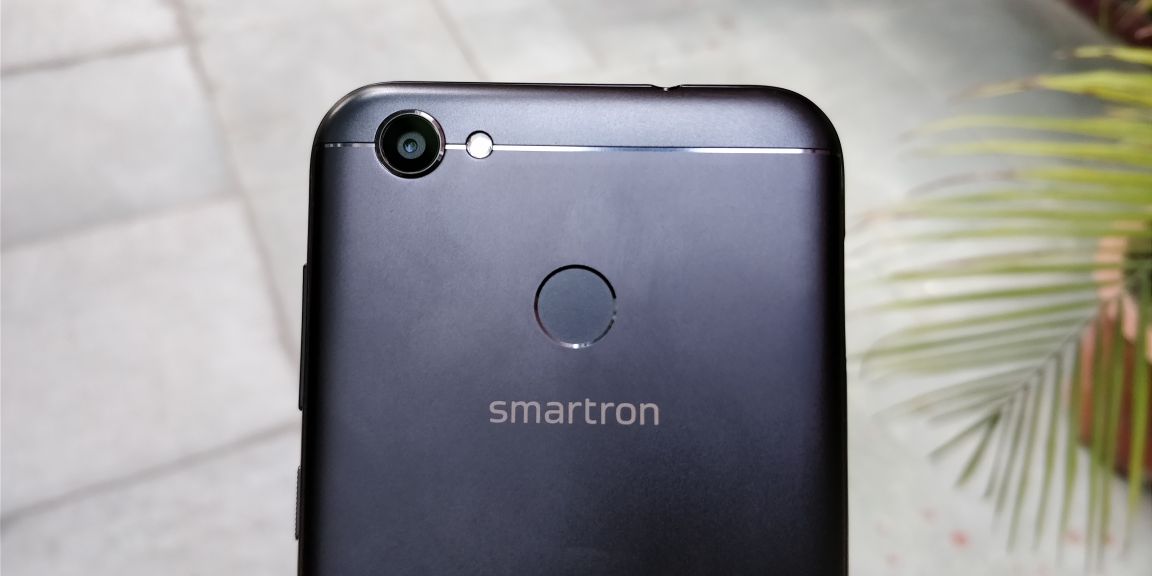 Moving on to the core hardware, the smartphone is powered by a Qualcomm Snapdragon 435 quad-core processor clocked at 1.4GHz. The device is backed by a 3GB of RAM and 32GB of internal storage, which can be further expanded up to 128GB via micro SD card slot. The smartphone is able to handle individual tasks without any problems. The daily apps like Facebook, WhatsApp and more ran without much trouble. On the gaming front, the phone is able to handle casual games like Candy Crush, Subway Surfers and more without showing any sign of lag.

It is a sad truth that smartphone these days, especially in the budget segment, have become so identical that one simply cannot distinguish between two devices if we remove the branding. And to some extent, this one follows the same trend. The smartphone does give a pretty standard look and resembles other smartphones like Xiaomi Redmi 5A or more. 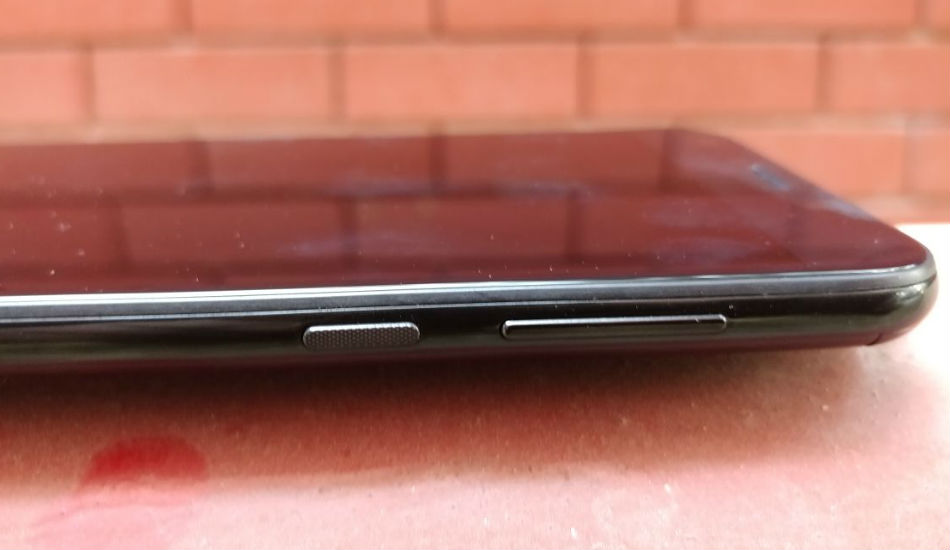 On the display front, the 5.2-inch HD display is par fo the course in this category. We already have players like Honor in India that offers the new display trend of 18:9 in the budget segment as well. And now, leader Xiaomi has also caught up. Coming to the display on this, we noted that the device gives some bluish and yellowish tint when viewed from different angles, which is not a good thing. However, it does deliver some good colour output.

Another area where the phone lags really bad is when you push it a bit further. During the review period, we found out the device shimmers a lot even when you jumping from one app to another. Further, the phone clearly struggles to handle graphics-intense games like Asphalt 8: Airborne and more. The phone’s rear camera is not that great either. During the review, we found out the phone sometimes does not properly focus the object and the low-light performance is pretty average as well.

To conclude, the Smartron t.phone P performance is a mixed bag . On one hand, the phone delivers some really good battery backup and the front camera does a decent. The display and inability to multi-task properly is a serious mood spoiler. Which is a real bummer, because only a heavy user would need a big battery as in this case. Xiaomi Redmi 5A seems to be a better option at this price point.