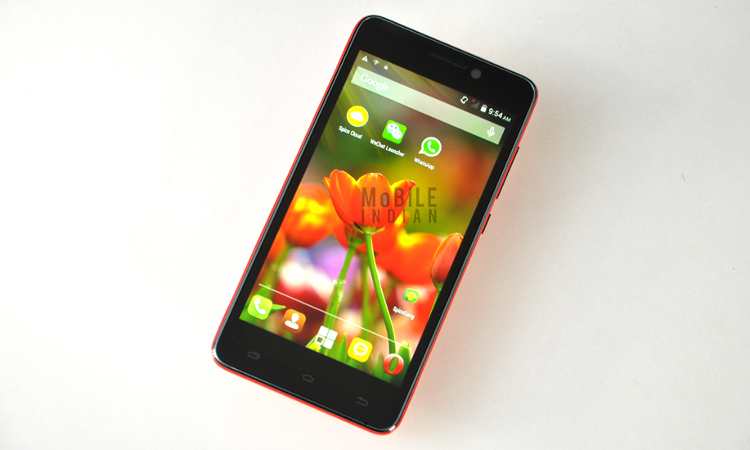 Leading Indian handset manufacturer, Spice has in the past came out with several Android KitKat based smartphones including the Mi 520 which is available for around Rs 8,500 these days. The handset features a 5 inch touchscreen, quad core processor, 1 GB RAM, 8 megapixel auto focus rear camera, 2 megapixel front camera etc.

The Spice Mi 520 comes in black, yellow and red colours; we have the blood-red version which is quite spectacular and is definitely an eye-candy. Note that the phone comes in all black front while the rear is painted in three different colours mentioned above. The back panel has glossy finish but isn’t slippery. The Mi 520 is quite lightweight as well. 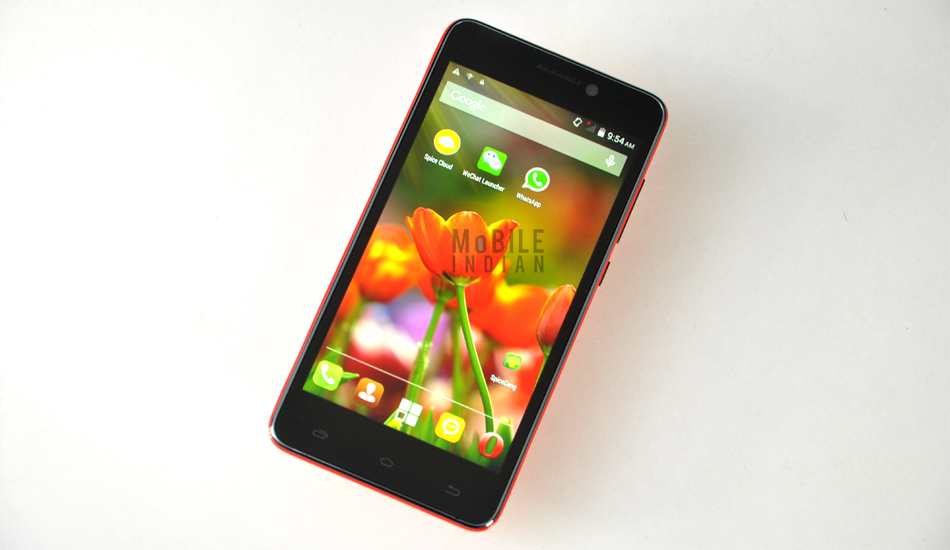 In the handset, the volume and power button are placed side by side, with ample space in between, in the right hand side while the 3.5 mm jack rests along with the micro USB port at the top. In the back, the rear camera rests along with an LED flash while a speaker grill is located at the bottom. In the front, there are three touch buttons below the display. 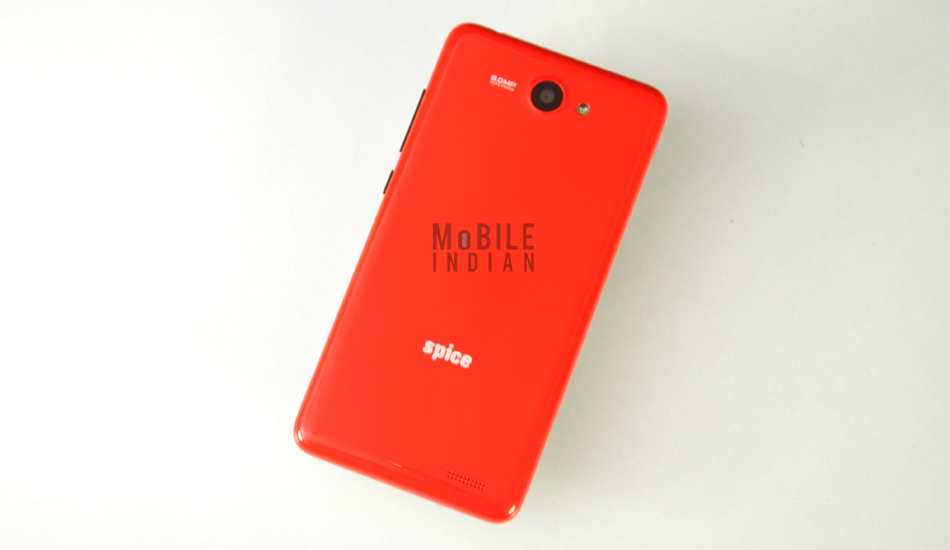 The 5 inch display is a fingerprint resistance but does not get scratches easily. This screen has high definition resolution and has decent touch input. The display has also decent brightness for outdoor operations. Being an IPS LCD display, it offers good viewing angles as well. 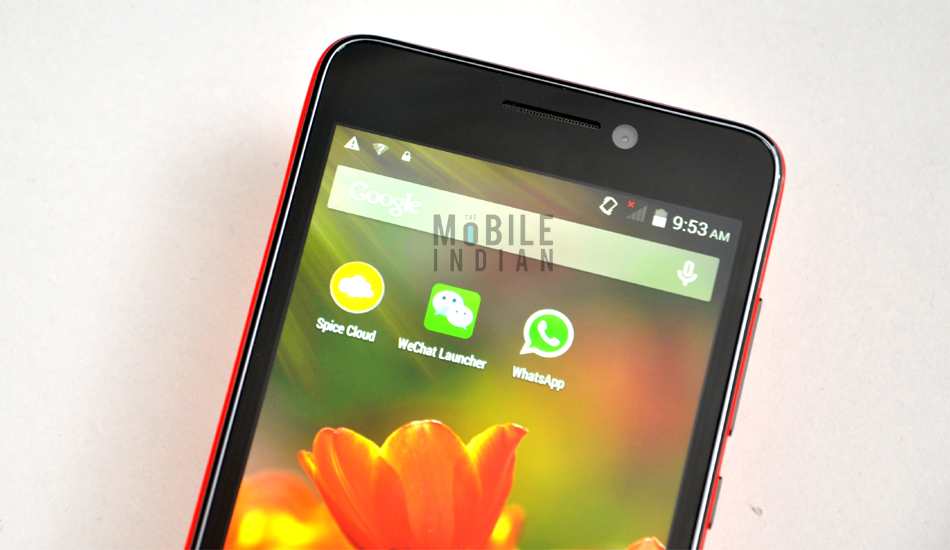 Spice is offering a flip cover with the phone for free. Besides, the phone comes with a travel charger and a headset.

The Spice Mi 520 is one of the few phones to come with the latest Android KitKat operating system and it uses the vanilla Android interface. To run the operating system, there is 1 GB RAM and a 1.3 GHz quad core processor. This combination is decent enough for most games and apps available in the Google Play store. 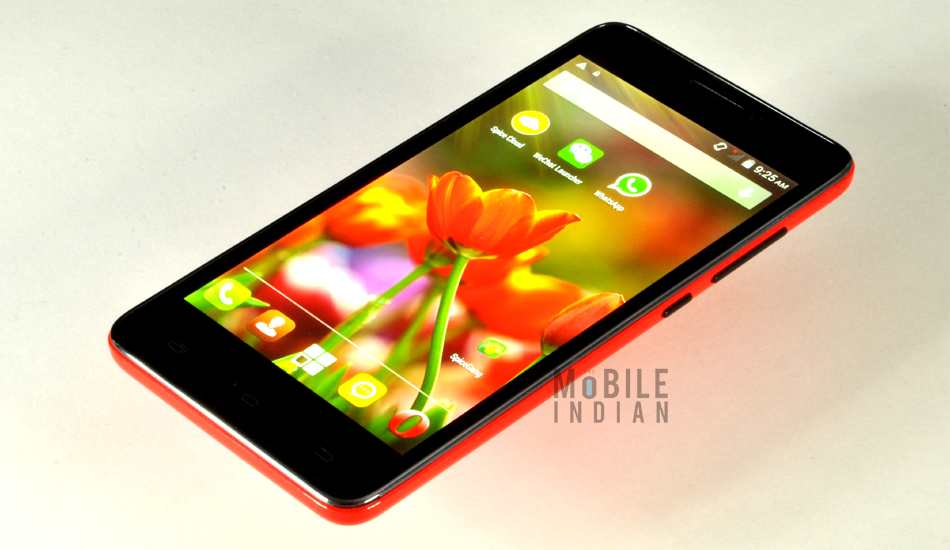 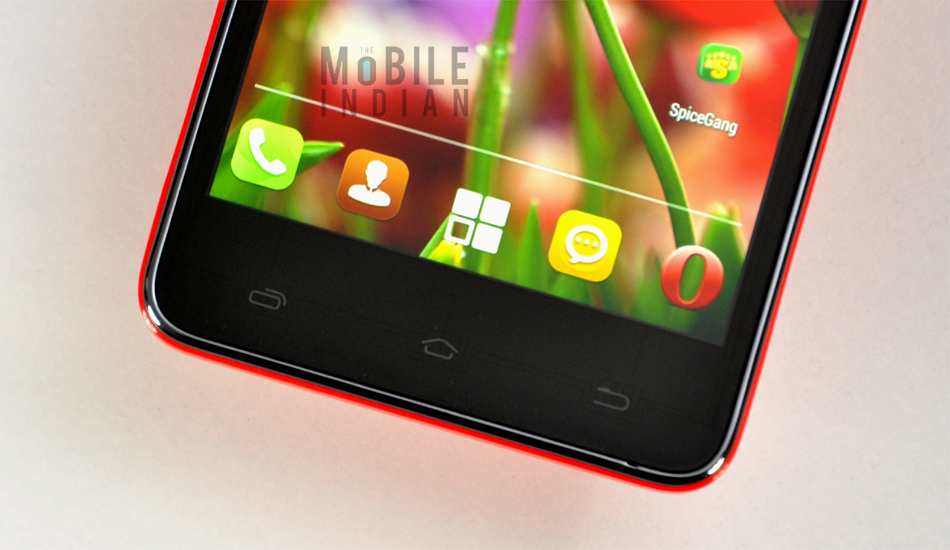 Like most devices in the sub-Rs 10,000 category, it too has 4 GB ROM and a 32 GB micro SD card slot. Of 4 GB ROM, 1.5 GB was allocated as internal storage while 895 was available as phone storage. It does not have USB OTG functionality either. 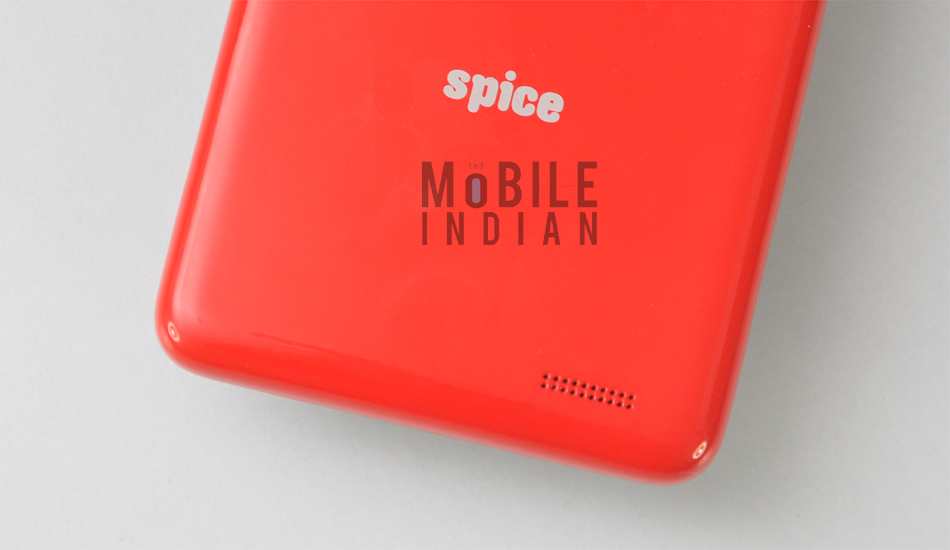 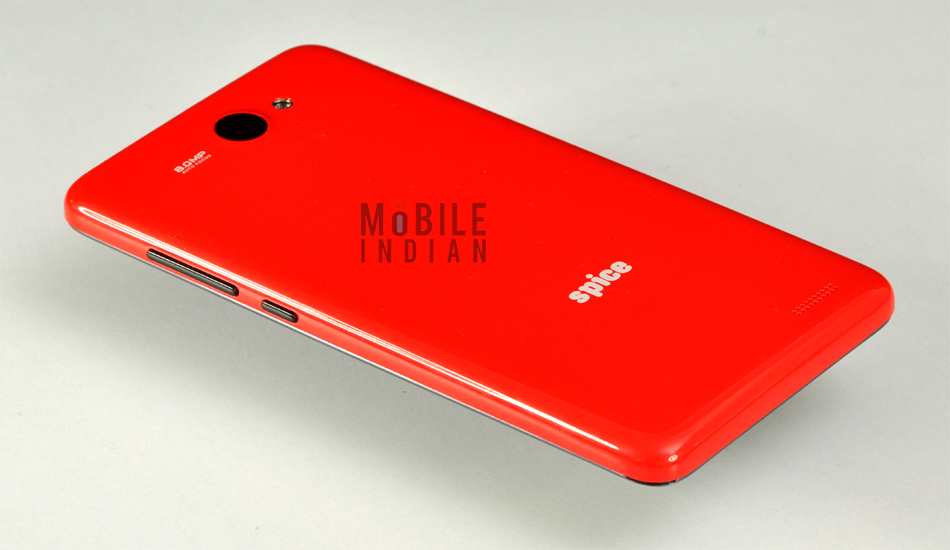 The Spice Mi 520 comes with a 2000 mAh battery which offers decent back up. Users with low and medium usage would get about a day’s back up but if you use 3G/WiFi browsing all day and listen songs for half an hour or so, the phone would need charging after about 7-8 hours. The phone has though good standby of about 2-3 days.

The Spice Mi 520 has an 8 megapixel auto focus rear camera and a 2 megapixel front camera. The rear camera comes with 4X digital zoom facility which though you should avoid at all cost as like in any other phone, using digital zoom deteriorates the picture quality to a great extent. The handset also has HDR and Panorama modes which are quite useful. 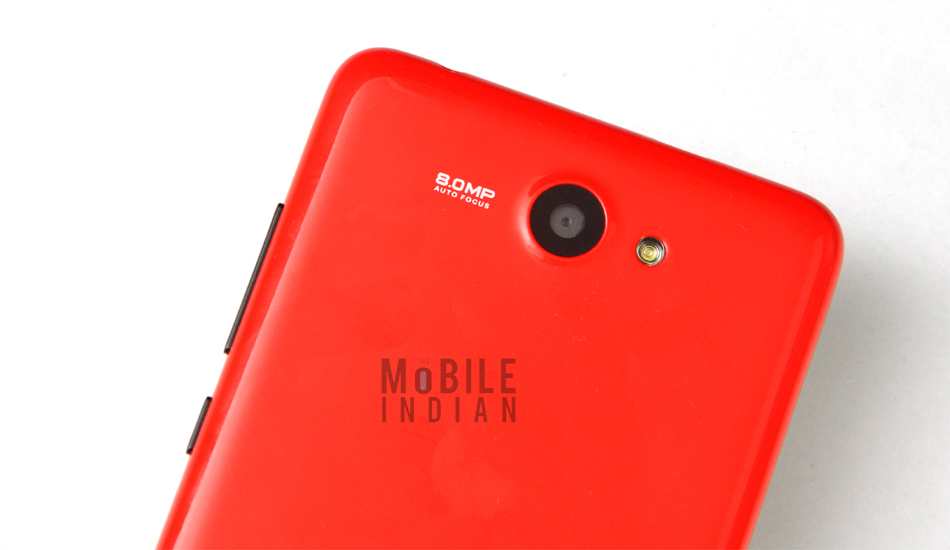 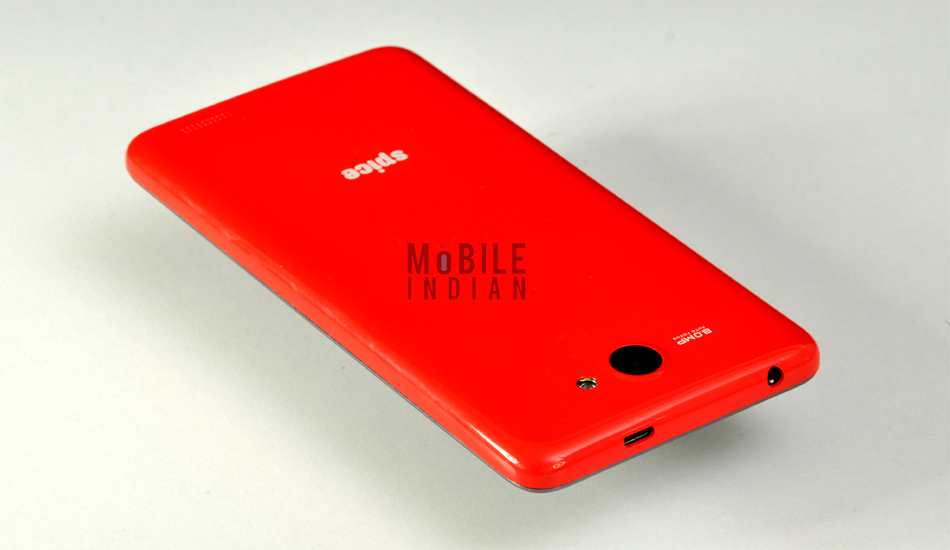 As far as the quality of the 8 megapixel rear camera is concerned, it manages to capture decent pictures in good lighting and in HDR mode. It is quite quick to focus on objects as well. However, in low lighting, the picture quality goes for a toss. If you are capturing images from close distance, use its flash light but don’t expect too much improvement. The front 2 megapixel camera is okay for video calling but is quite average when it comes to selfies.

The Spice Mi 520 comes with two SIM slots with dual standby feature. Note that you can use 3G SIM cards in both the slots unlike 2G+3G combination in most Android devices. It has WiFi (b/g/n) as well for internet access. You can also use it to create a WiFi hotspot. 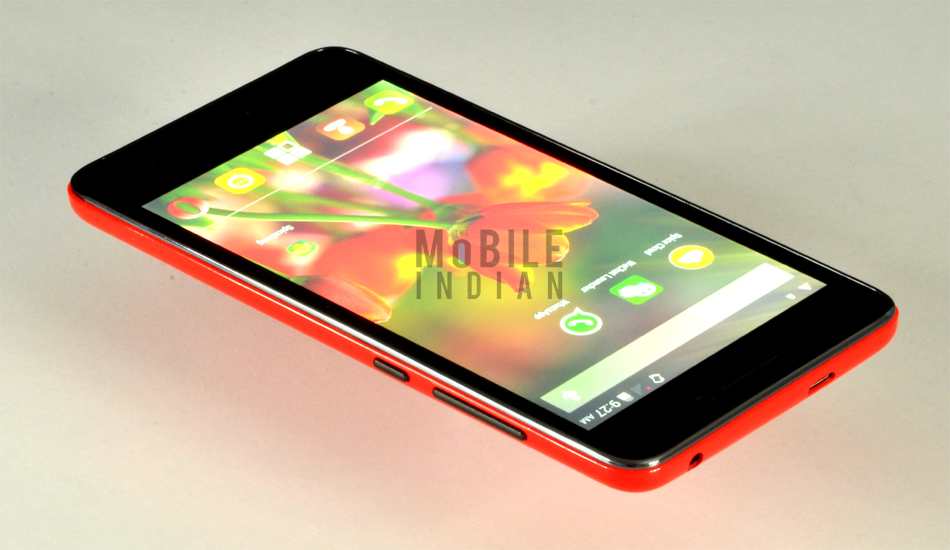 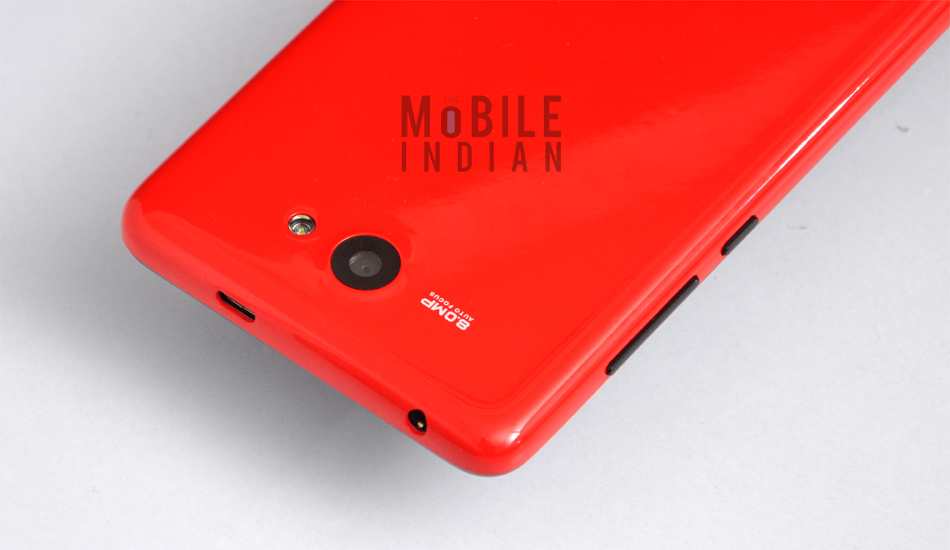 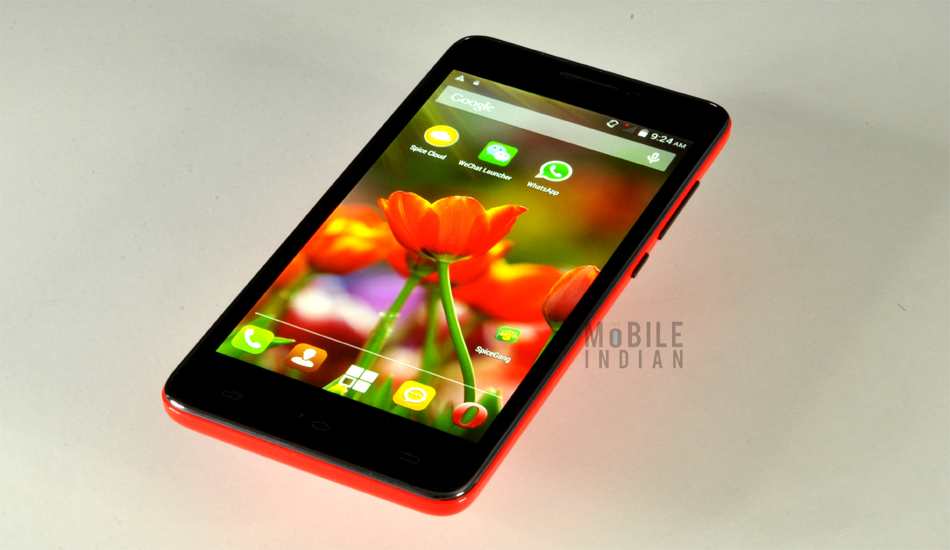 For transferring files, there is a micro USB 2.0 port in the Mi 520 which also has Bluetooth.

The Spice Mi 520 is currently available for around Rs 8,500 which is a bit on the higher side considering phones like Asus Zenfone 4, Motorola Moto E, and the new Mi Redmi 1S are priced below Rs 7,000. The Mi 520 has decent features and offers an appreciable performance but its price puts it on a disadvantageous position.