Does it make any sense to invest your hard-earned money in this tablet? Let's find out.

Samsung recently introduced its new tablet for the Indian market with the launch of Galaxy Tab S5e. With this, the company is trying to mark its dominance in the tablet market, which currently favours Apple iPad lineup. As for the pricing is concerned, the tablet comes with a price tag of Rs 35,999 for the WiFi model, while the WiFi + LTE variant is priced at Rs 39,999. The company is giving you some sleek design language couple some interesting features and more. So, does it make sense to invest your hard-earned money in this tablet? Let’s find out. 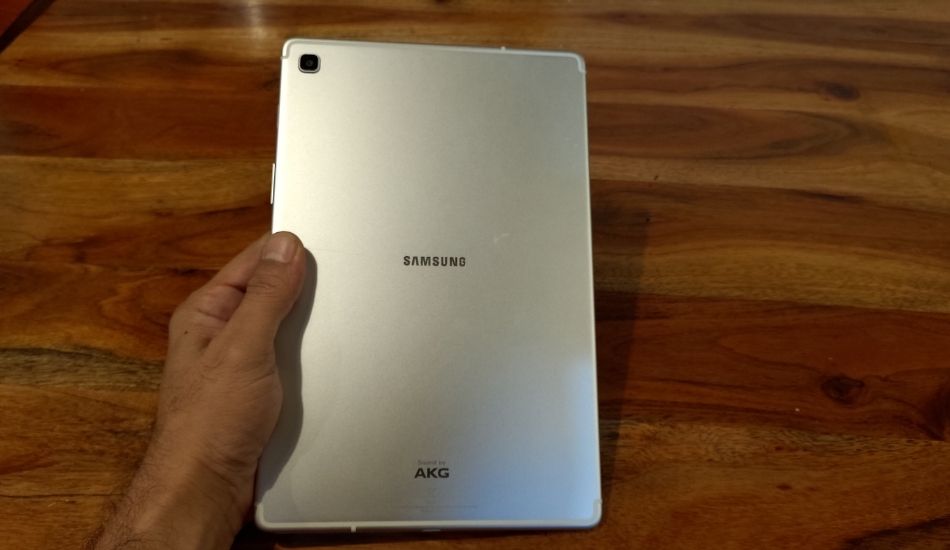 The major highlight of the Galaxy Tab S5e is the design language. It is one of the slimmest and lightest tablets made by Samsung. With just 5.5mm thickness, you can easily carry it around wherever you go. Furthermore, it is quite lightweight at just 400 grams, which makes it easier to hold for an extended period. The metal unibody design gives a premium look and feel.

However, the tablet lacks a 3.5mm audio jack, but the company has given an adapter with the box. We also felt that the power button was a bit harder to press, which sometimes makes it an uncomfortable experience. That said, the Galaxy Tab S5e is surely one of the best-designed tablets from Samsung. 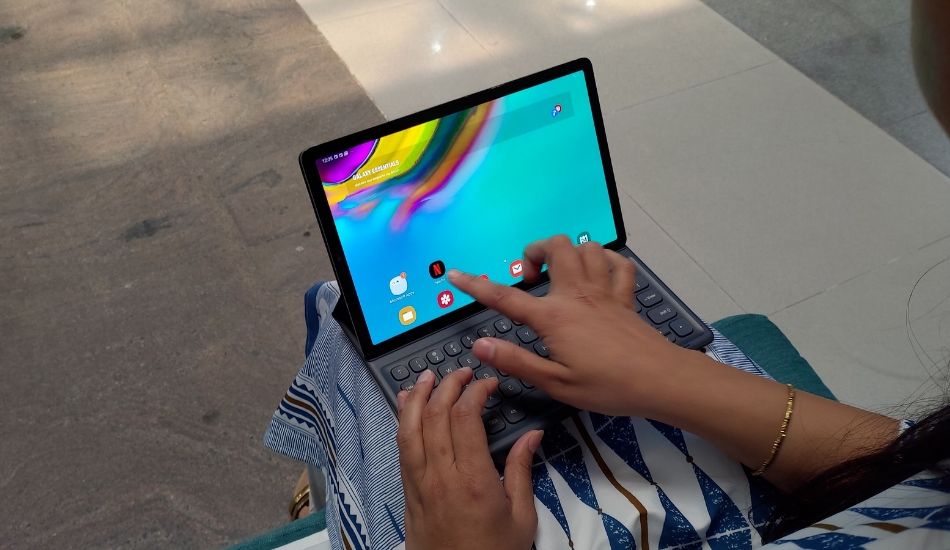 Coming to the display, the tablet features 10.5-inch WQXGA Super AMOLED display with a screen resolution of 2560 x 1600 pixels, 16:10 aspect ratio and 288 ppi pixel density. The large screen comes with minimal bezels around the corner. The display features vibrant colours along with viewing angles. It is bright enough to watch content in outdoor lighting conditions. We watched a couple of episodes of Stranger Things, Hanna etc and was quite impressed with the colour reproduction and overall viewing experience. The only drawback here is the support for HDR, as the Galaxy Tab S4 came with HDR support.

On the software front, the Galaxy Tab S5e runs on Android 9.0 Pie, which is based on OneUI. The user interface is familiar to those who have used it in Samsung smartphones. You get quite interesting features like Digital Wellbeing and more. The user interface is quite smooth in our experience and you will notice no lags or shutters in the animations. Furthermore, there is a Kids mode, which allows kids to access apps and data allowed by parents. One can also set a time limit in this mode. 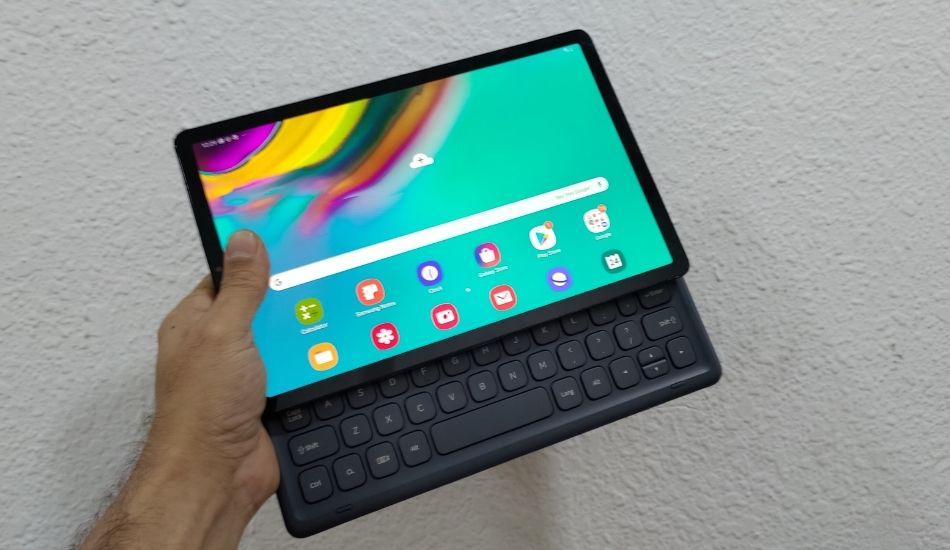 Coming to its most important feature, Samsung DeX. The tablet comes loaded with in-built DeX support and thanks to the large display, you don’t require any external display to use the DeX. The mode can be easily switched on by either connecting the Samsung Book Cover Keyboard or turning it on from the notification panel. When switched on, it gives you a PC-like experience. Using the DeX was a good experience and the apps opened in window format and not full screen.

However, some applications cannot be used in Windows mode including Netflix and Amazon Prime Videos. However, you can expand other apps like Google Docs, Microsoft Office and more. Thanks to the large display, you will notice no lag while multitasking. So, can it replace your laptop? The answer is obviously No. The DeX support still lacks the punch required for a stable laptop. We will discuss more this in the next section. 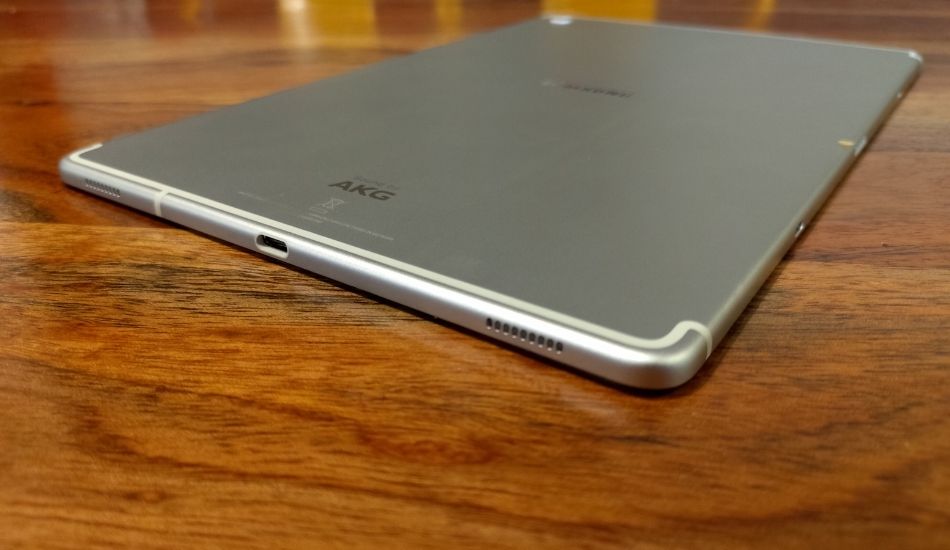 The Samsung Galaxy Tab S5e is backed by a 7040mAh battery and it has also bundled an 18W fast charger. The battery performance is good as well. During our review period, we got almost 2 days of battery backup under normal usage. In power usage, which includes streaming content on Netflix, playing some games, using DeX mode for typing some stories and more, the tablet lasted till the end of the day with some battery juice still left in it.

The Samsung Galaxy Tab S5e is powered by an octa-core Qualcomm Snapdragon 670 processor. The tablet is equipped with 4GB of RAM and 64Gb of internal storage. That said, using the tablet for daily tasks like browsing the internet, streaming videos, listening to music and checking for mail, social media apps and more, you will not face any trouble. All thanks to the large screen, the multi-tasking is a bit easier and you will not notice any particular lag or shutter. 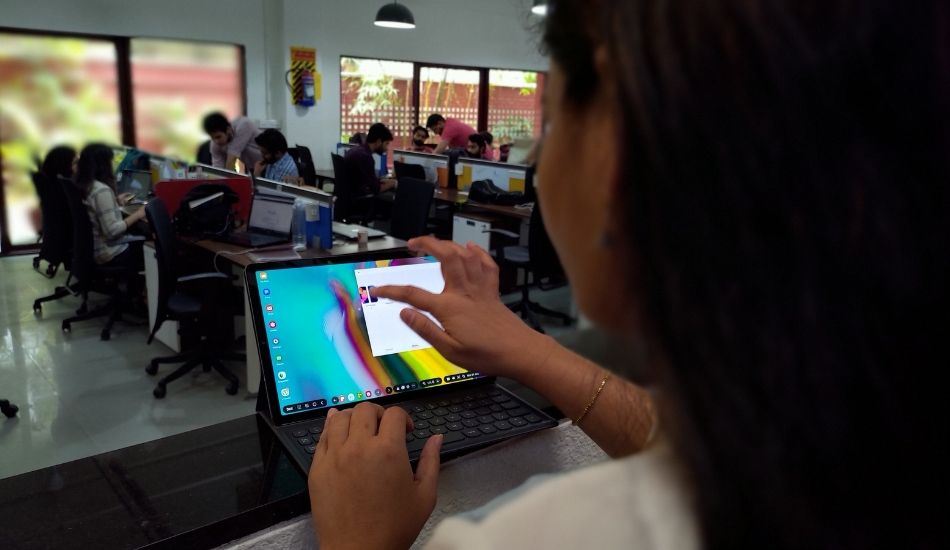 On the gaming front, the tablet can handle most of the casual games like a piece of cake, though when it comes to high-graphics games, it shimmers a bit. For starters, we played PUBG Mobile on the tablet and we noticed some lag or shutter. Furthermore, there isn’t much overheating problem with the latest device.

That said, when you switch it to the Samsung DeX mode, things took a different turn. Although, it can handle some basic apps quite easily and if you are a normal user who just wants to use this feature for some last-minute mails or something, then you will not face any trouble. However, if you are one of those who like to do a lot of multi-tasking and heavy work, the tablet has its limit. Once you start filling up space and use it for heavy purchase, the tablet starts to hang a bit. This is where we thought the addition of 6GB RAM could have come in handy. 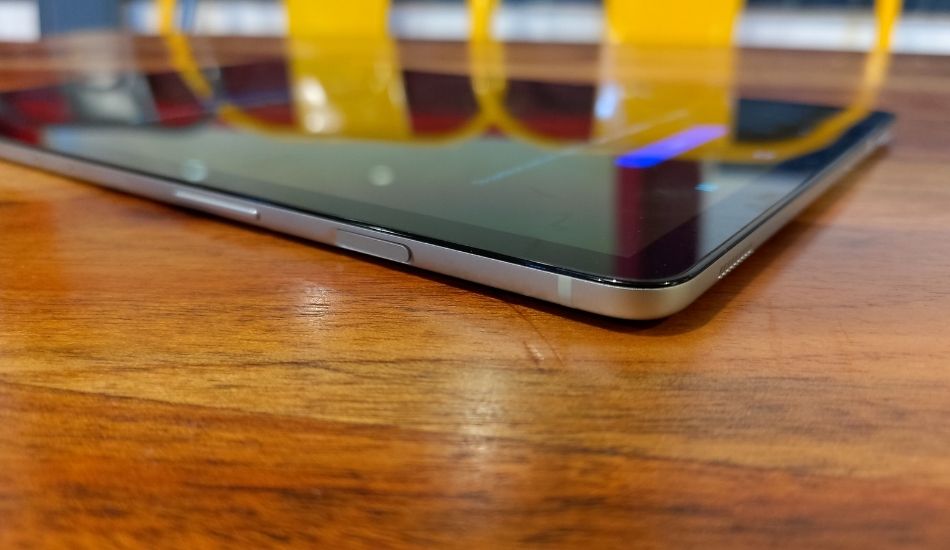 Coming to the audio performance, which is also one of the major highlights of the Samsung Galaxy Tab S5e, it comes with quad speakers. There two speakers situated at the top and two at the bottom. The speakers are further AKG-tuned. That said, the results are quite impressive as the speakers are loud enough with clean and crisp audio. The speakers can change the direction of sound based on portrait or landscape orientation, which is a smart addition. Furthermore, it comes with Dolby Atmos, which adds some icing on the top.

The Samsung Galaxy Tab S5e is probably one of the most interesting tablets launched by Samsung. The tablet is the slimmest and lightest we have seen so far and the display looks crisp in nature. The in-built Samsung DeX works fine, though it is not yet ready to replace your laptop. The speaker performance is quite excellent and the software experience is smooth as well. The performance is one area of the tablet, so don’t expect too much from it. That said, the tablet still makes sense if you are one of those who like to consume lots of content on a large screen.