Realme X Review: Is it a flagship for the budget segment? 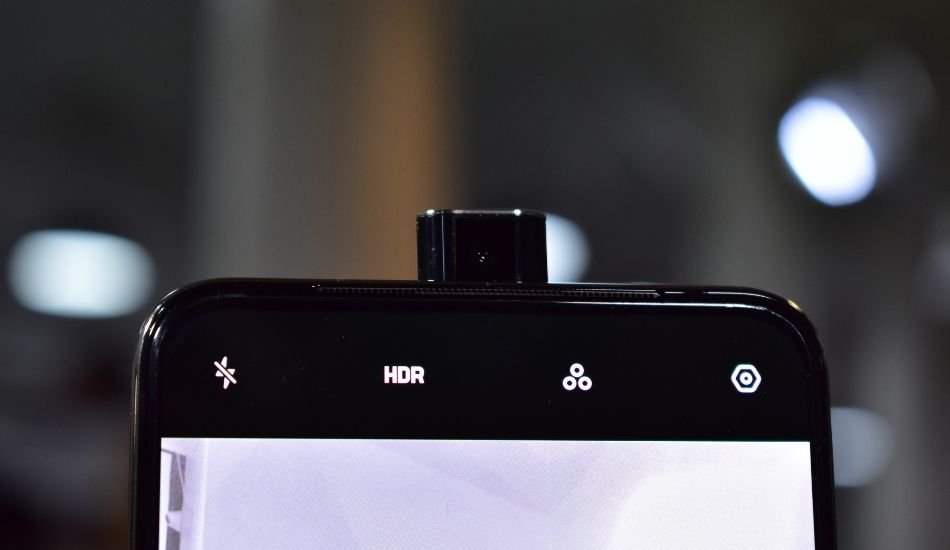 The company has left no stones unturned in terms of design and other specifications. However, does it do an impressive job? Let’s find out.

Realme recently introduced its latest mid-range smartphone, the Realme X, in India. The smartphone comes with a price tag of Rs 17,999 for the 4GB RAM + 128GB internal storage variant, while the 8GB RAM + 128GB variant is priced at Rs 19,999. The phone is available for purchase from Flipkart.

With this, Realme is all set to dominate the segment by introducing some top-of-the-line features at an affordable price point. The phone is a first from Realme to feature an in-display fingerprint sensor, pop-up selfie camera and AMOLED screen. The company has left no stones unturned in terms of design and other specifications. However, does it do an impressive job? Let’s find out. 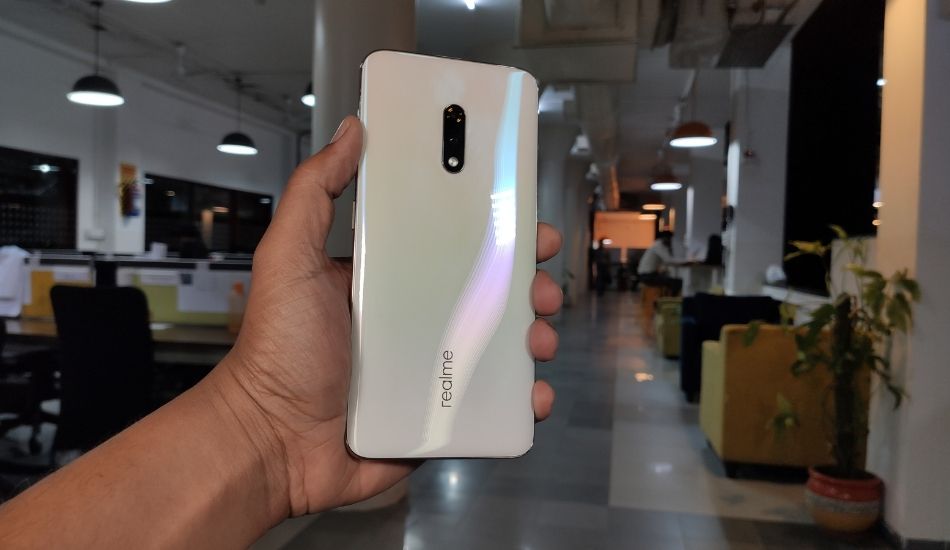 Let’s admit it. Realme X is probably one of the best-designed smartphones present in this price range. The phone is available in Blue and White colour options. We got the white colour option for review and it certainly looks premium from all angles. The back panel comes with a gradient finish that forms S-shaped patterns when light falls on it. The edges are chrome-plated, which adds some brownie points to the device. That said, the phone gives a certain resemblance to the OnePlus 7 Pro, but that’s okay as long as it gives a distinct look.

The white colour also hides the smudges, which is a good thing as it becomes an optional choice to put it in a cover. However, the front panel is quite to scratches and smudges, so a protective layer is important on this smartphone. The front bears a no-notch display, al thanks to the pop-up selfie camera. This gives better screen-to-body ratio and makes it more immersive while watching movies or playing games. On the downside, we noticed that the phone is a bit slippery, meaning that you need to be careful when you hold it in your hand. 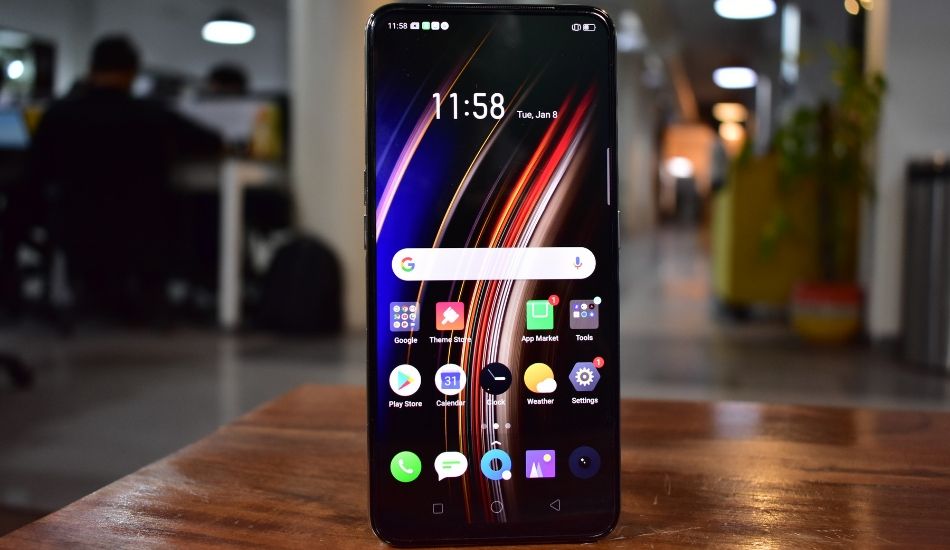 Coming to the display, the Realme X features a 6.53-inch Full HD+ AMOLED display with a screen resolution of 2340 x 1080 pixels. The screen looks crisp and the viewing angles are quite decent in this smartphone. Thanks to the AMOLED display, it features Ambient Display, though the feature only shows time and date along with notifications from the company’s apps and not from other third-party apps.

As we mentioned there is no notch at the top, which means you get no interruptions when you watch your favourite content. The colour reproduction is quite good in this smartphone and colours looks punchy. The only drawback here is the lack of Widevine L1 support meaning that you cannot stream HD content on Netflix and Amazon Prime Videos. This is quite odd given the usage of AMOLED screen on Realme X. 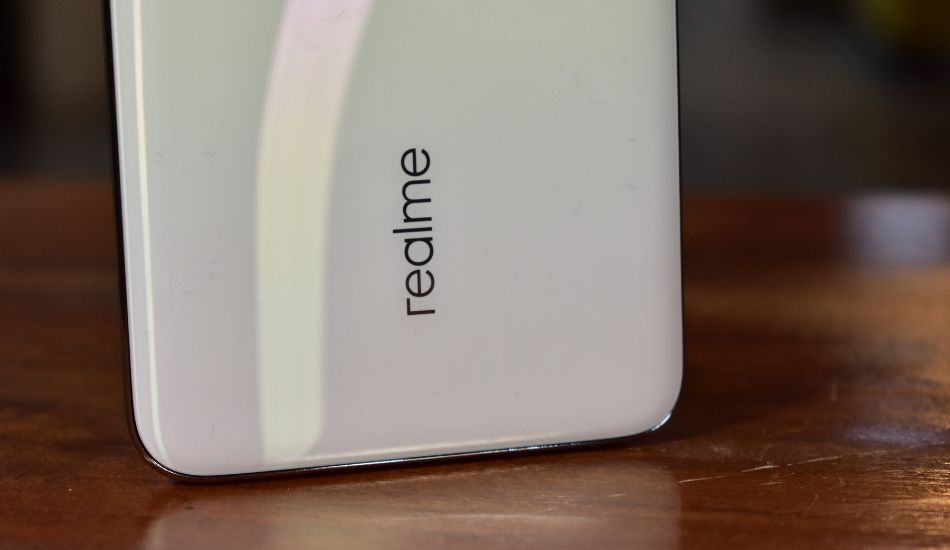 The Realme X is powered by an octa-core Qualcomm Snapdragon 710 processor, which is also present in the Realme 3 Pro. The phone is backed by a 4GB of RAM along with 128GB of internal storage. The performance of the Realme X is quite dependable. Whether it be using it as a daily driver or multitasking different apps, you will not notice much lag or shutter. The app load time has been optimised and overall performance feels zippy in this device.

On the gaming front, the phone handles most of the graphic-intensive games like PUBG Mobile without breaking a sweat. We ran the game at High graphics settings and the results were quite satisfactory. The company has added a new type of gel cooling technique, which helps in maintaining the temperature during an extensive gaming session.

Moving on, the phone is a first from the company to be loaded with an in-display fingerprint sensor. The sensor is quite fast to unlock the smartphone. It is also loaded with face unlock feature, which works fine in our testing period. In daylight conditions, the feature unlocks the smartphone in a matter of less than a second and the pop-up mechanism is faster as compared to the Redmi K20. However, in low light conditions, the phone takes some time to unlock the phone. 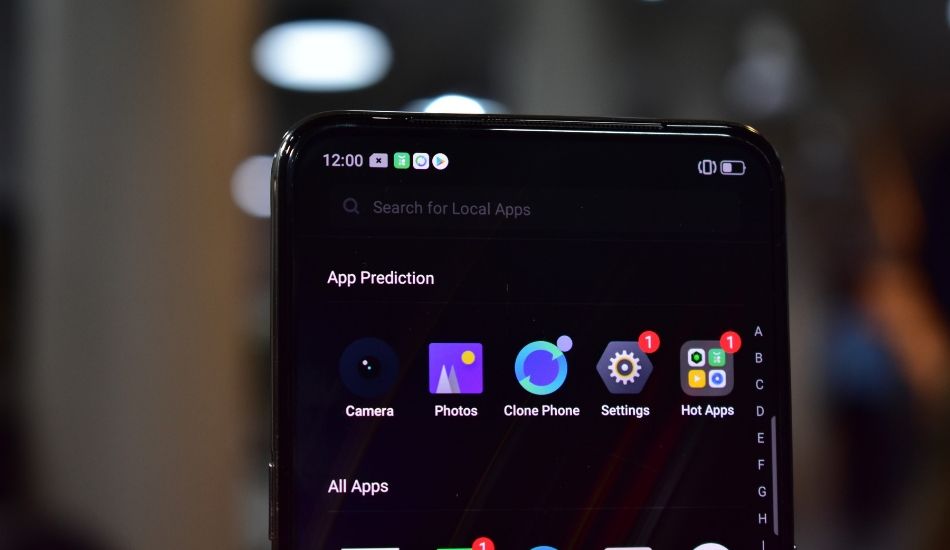 In terms of audio output, the Realme X features a Dolby Atmos, which is applicable for both the speakers and headphones. Although you cannot turn off the feature for the bottom speaker, you can do the same while using headphones. The company has given different sound modes as per one’s convenience. The sound output is loud and you will not face much trouble with it.

Next in line is the software. The Realme X runs on ColorOS 6.0, which is based on Android 9.0 Pie. The user interface is similar to the one present in other Realme or Oppo smartphones. You get the same set of features like the Smart Assistant, Driving Mode and Riding Mode. You also get the same gesture-based navigation controls. 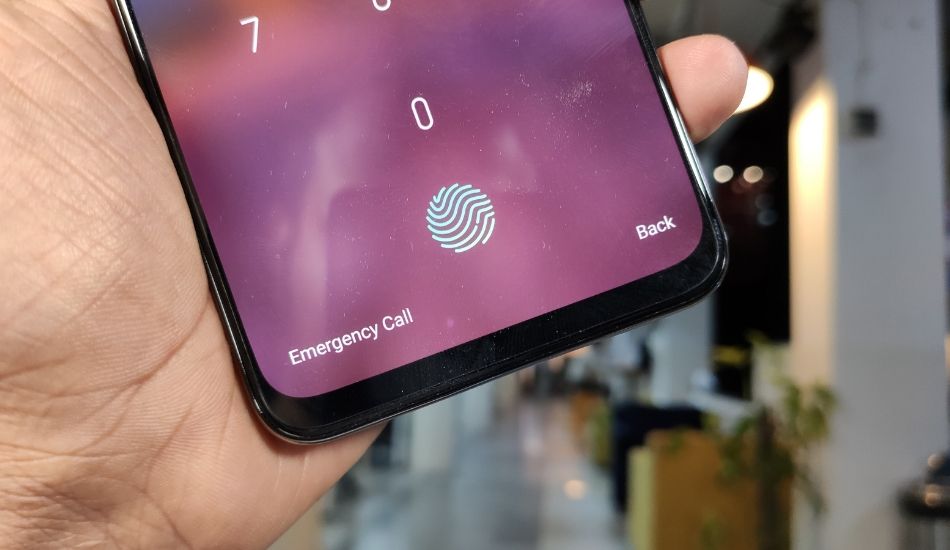 The ColorOS also features a global search bar, which can be accessed with a simple swipe down from the home screen. However, there is some noticeable amount of bloatware present on the phone. You get a host of company-owned applications like Music, Video, Phone Manager, Game Space, Game Center and more.

Then there are third-party apps like WPS Office, Dailyhunt, Facebook, Webnovel, NewPoint, UC Browser, ShareChat and Paytm. Moving on, there are two folders by the name Hot Apps and Hot Games, which shows advertised apps. This certainly spoils the experience. Furthermore, we noticed that NewsPoint and Dailyhunt bombard you with spam notifications, though you can easily get rid of these apps. However, it is the company’s App Market that also spams you with notifications. The sad thing here is that you cannot uninstall the application. 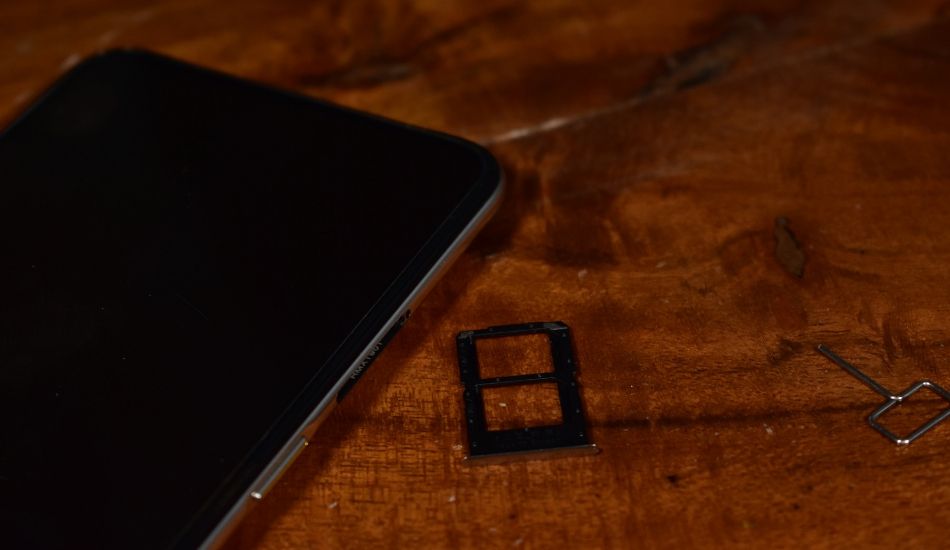 On the battery front, the Realme X features a 3765mAh battery and it comes bundled with VOOC 3.0 flash charge technology. Although one will find the battery backup is less, but its performance is up to the mark. We got close to one day of battery backup in our usage test. This included a mix of video streaming, using it for GPS navigation, camera, gaming, using social media apps and more. The good thing here is the inclusion of VOOC 3.0 along with USB Type-C port. In our testing, we found out it managed to charge from zero to almost 90 per cent in an hour.

Camera performance is a mixed bag

Coming to the camera performance of the Realme X, it is the first smartphone from the brand to feature a 48-megapixel rear camera at the back panel. The phone comes with a combination of a 48-megapixel Sony IMX586 sensor with f/1.7 aperture along with a 5-megapixel secondary shooter with f/2.4 aperture. For the front, there is a 16-megapixel front camera for selfies and video calling. 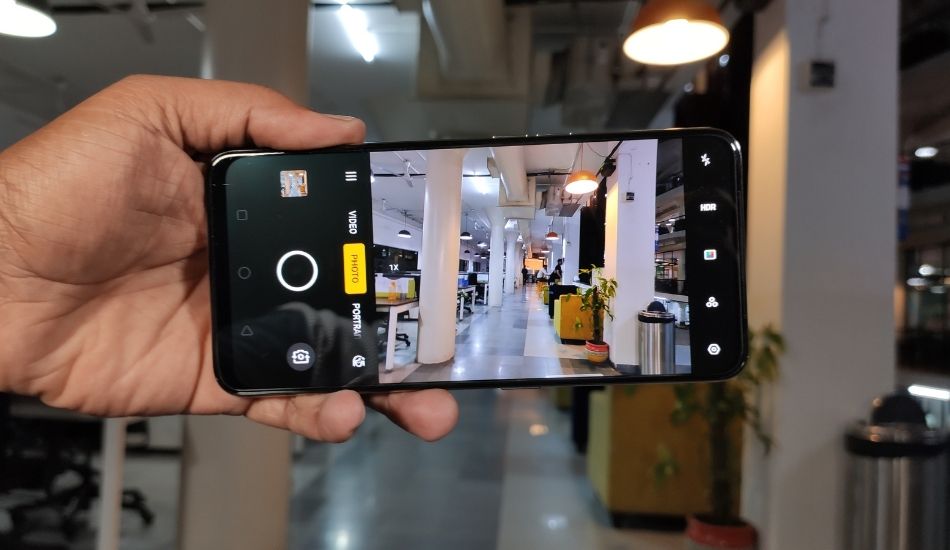 Coming to the camera performance, the phone does a good job in capturing photos in the broad daylight conditions. The photos came out to be well-detailed and the dynamic range was quite good as well. The device was fast to focus on macro shots and the colour reproduction came out to be pretty close to the source. However, we felt that the phone sometimes struggles to focus on the macro subjects. There is a Chroma Boost mode through which you can further enhance the quality of the image, though we felt that it was sometime over-saturating the colours. The portrait shots came out to be good as well

Coming to the low light performance, the phone certainly shimmers. We took multiple photos in low light and the results were average as compared to the broad daylight conditions. The detailing was not that great and the colour reproduction was quite average. Furthermore, the Nightscape mode does add some more details, though most of it looks artificially enhanced. We also felt that the macro shots were quite average as most of the time, we noticed some blurs. 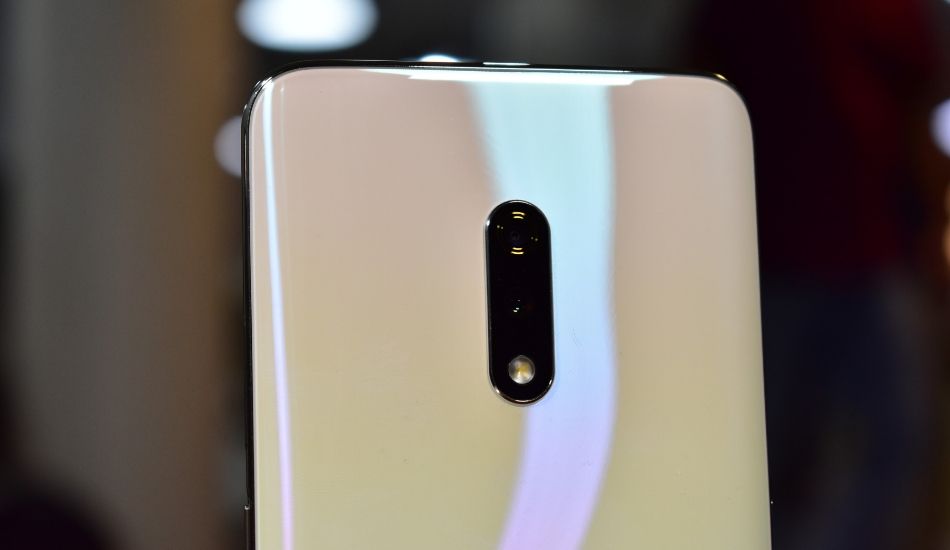 Moving to the front camera, it does a good job as well. The selfie taken in broad daylight came out to be well-detailed and the AI Beauty mode was not that aggressive. The portrait photos looked pleasing to the eyes, though colours came out to be a bit washed out in nature. Furthermore, selfies taken in low light condition delivered average results as one could notice some grains and noises. Coming to video recording, the phone supports 4K recording but there is no image stabilisation. This means that a simple shake will be noticeable when you are recording a video.

Realme X is a good attempt from the brand to give some good value-for-money proposition to its potential buyers. The smartphone comes loaded with a premium design and the AMOLED display is a good addition, though it lacks HD streaming support. You will not face any trouble when it comes to the performance, though the user interface is still loaded with a noticeable amount of bloatware. The camera performance in daylight condition is quite good, though in low light it shimmers a bit. That said, when you look at the price point, it sure looks like a deal you simply cannot resist.