Realme C1 Review: Can it be the next budget King? 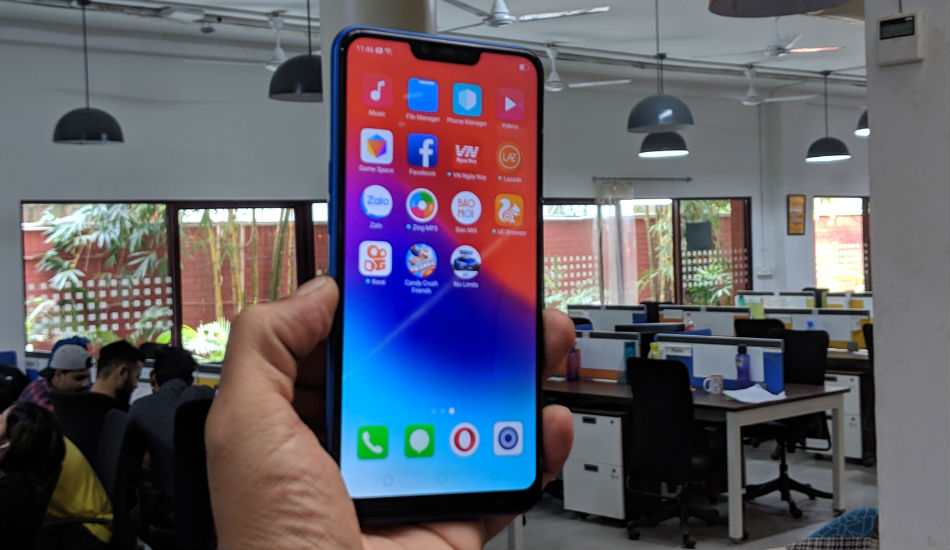 Does it have all the arsenal to be the next crowned King in the budget segment? Let’s find out.

Realme has introduced its budget-centric smartphone, the Realme C1, in India along with Realme 2 Pro. The smartphone comes with a price tag of Rs 6,999 and it is available on Flipkart for purchase.

Realme has once again disrupted the budget segment, which was once dominated with Xiaomi products. The company is marketing it as the first smartphone with a notched display, Snapdragon 450 processor and dual rear cameras in the entry-level segment. However, does it have all the arsenal to be the next crowned King in the budget segment? Let’s find out. 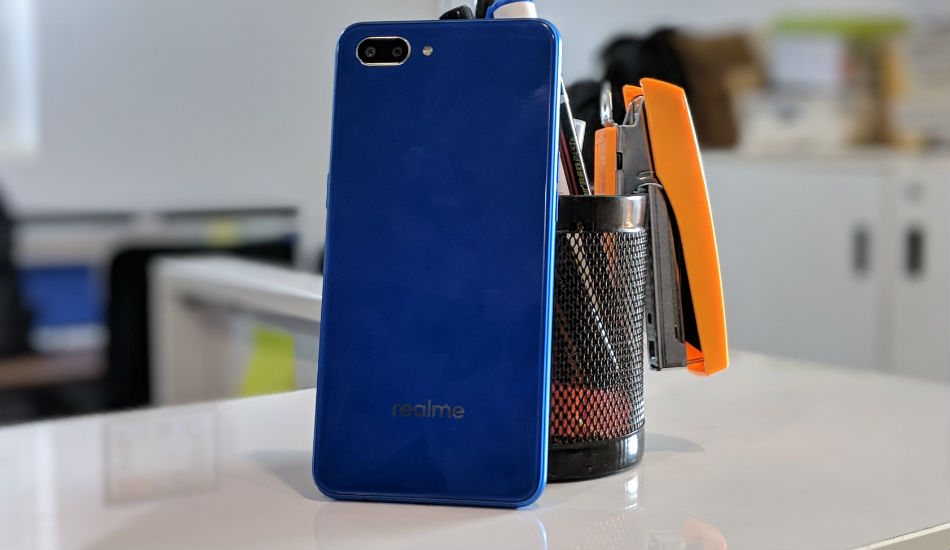 To start with the design first, the smartphone comes loaded with a premium look and it is possible due to the glass design at the back. It is true that most of the smartphones at this price range are not good looking, however, Realme has been able to break this monotony by introducing a premium-looking smartphone.

The phone looks beautiful and it is available in Blue and Black colour option. We quite liked the design of this smartphone, although you cannot simply ignore the smudges that take over the entire smartphone. So, a case is required with this one. Moving on, the phone is comfortable to hold in your hands and it does not feel big or slippery. That said, the Realme C1 scores some good points in the design department. 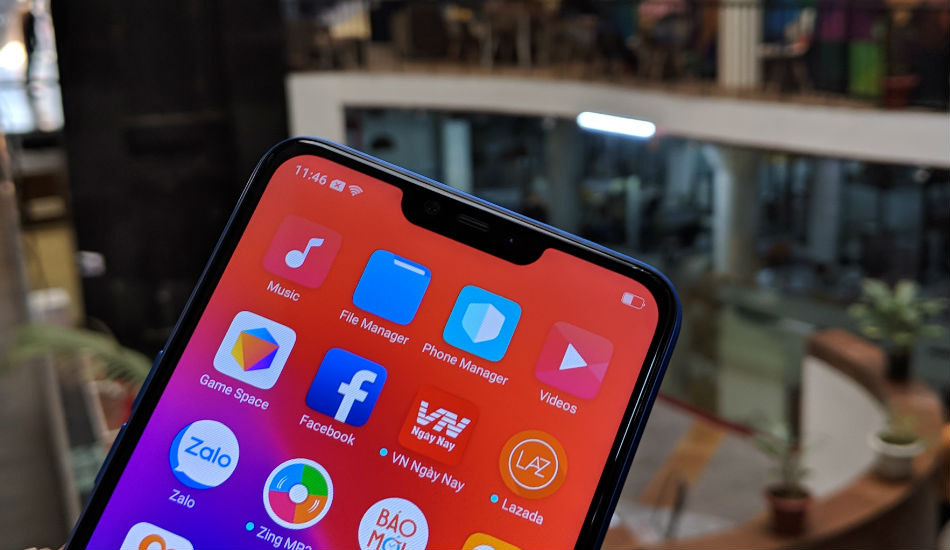 Moving to the display, the Realme C1 features a 6.2-inch HD+ fullscreen display with a screen resolution of 1440 x 720 pixels. In our testing, we found out that the display of the phone is above average. On one side, the colours look bright and the viewing angles are decent. On another side, the outdoor visibility is not that great. The screen is reflective in nature, which makes it difficult to read the text in direct sunlight. Apart from this, the screen is decent for watching videos and playing games as you get some wide colour gamut. This makes the experience somewhat decent.

However, the notched screen is not properly optimised for several apps. So, for example, when you play games like Candy Crush, most of the part is hidden in the top, which spoils the whole experience. Further, there is no option hid the notch, which might be frustrating for some. However, you can select individual apps to hide the notch on this phone. We are hopeful that the company might roll out an update that will optimise the notch area. 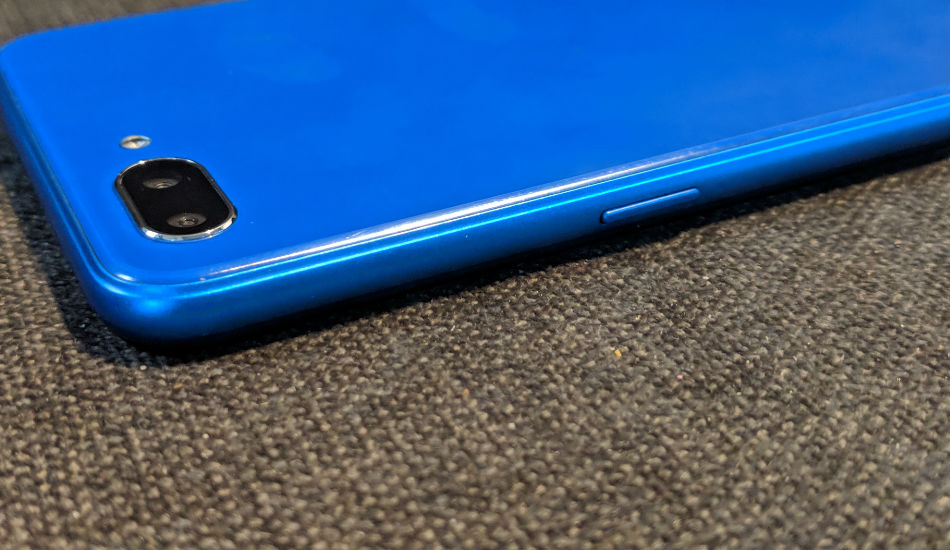 On the camera front, the Realme C1 features a dual-camera setup with a combination of 13-megapixel primary sensor and a 2-megapixel secondary sensor for depth sensing. For the front, there is a 5-megapixel shooter for selfies. Coming to the rear camera first, the results were decent. The colours were close to the source and the detailing was pretty good. However, we noticed that the phone struggles to take some macro shots and it was not able to properly focus on the subject, which was kind of disappointing. The portrait shot from the rear camera was average as well and the blurring of the background was a hit and miss. Lastly, the low light performance is quite average, to be honest. The photo came out to be grainy and noises were quite prominent when the light was low.

Moving to the selfie camera, it comes with AI beauty mode that automatically makes your face when you click a selfie. However, sometimes the mode made eyes look bigger than normal. That said, the performance of the selfie camera is good when the lights are ideal, you don’t expect too much in the low light conditions. 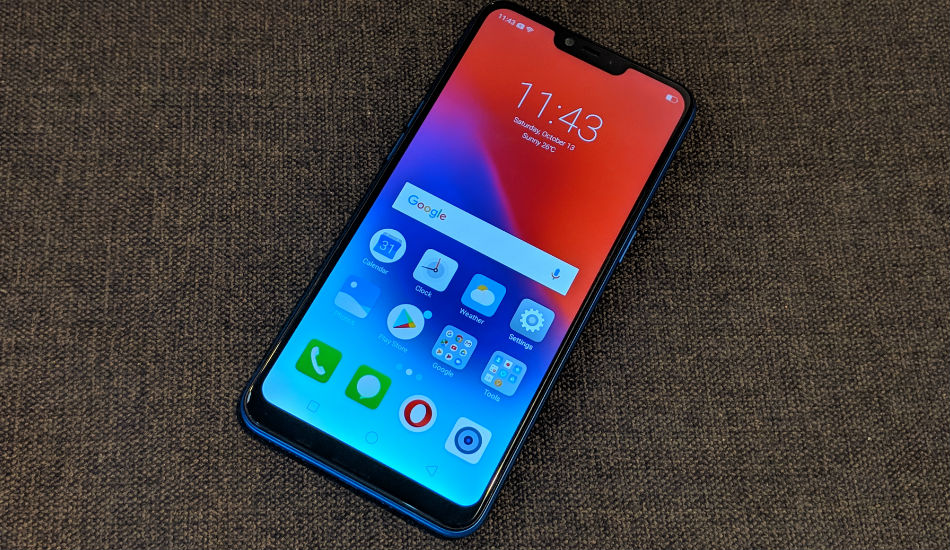 On the performance front, the Realme C1 is powered by a Qualcomm Snapdragon 450 processor along with Adreno 506 GPU. The phone is backed by a 2GB of RAM and 16GB of internal storage, which can be further expanded up to 256GB via microSD card slot. The Snapdragon 450 is definitely a plus point of this device as most of its competitor comes with a lesser powerful processor. We faced no issue when it comes to handling daily tasks like WhatsApp, Facebook, streaming music or watching a video. However, due to low 2GB of RAM, we faced slight lag when started multitasking.

Coming to the gaming front, the phone handles most of the casual games like Candy Crush Friends, Subway Surfers and Temple Run 2 without breaking any sweet. And it does a good job when we played games like Need for Speed No Limits, though there was a slight lag, but is not a big deal at this price point. Further, it is not able to handle heavy games like PUBG Mobile or more, but it is not targeted to be a gaming smartphone as well. 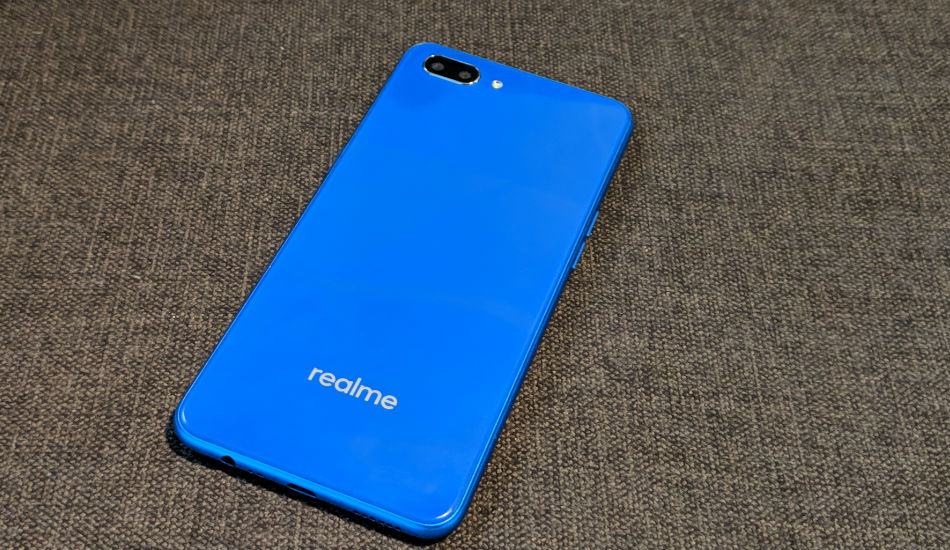 Coming to the user interface, the smartphone runs on ColorOS 5.2, which is based on Android 8.1 Oreo. This is one area where Realme has to work really hard. The user interface has its fair share of drawbacks. First of all, the gesture controls do not work properly and it makes it tad difficult using gesture navigation.

Secondly, the transition animation is not smooth and you will a bit jitter when switching from one app to another application. There is no option to customise the smartphone as our review unit does not come with the Theme application. Further, you cannot tap and hold home screen to open quick settings like Wallpaper, widgets and more options. This makes it a tad difficult thing to change even a simple thing like wallpaper directly from the home screen. The company really need to improve the user interface to make it more user-friendly. 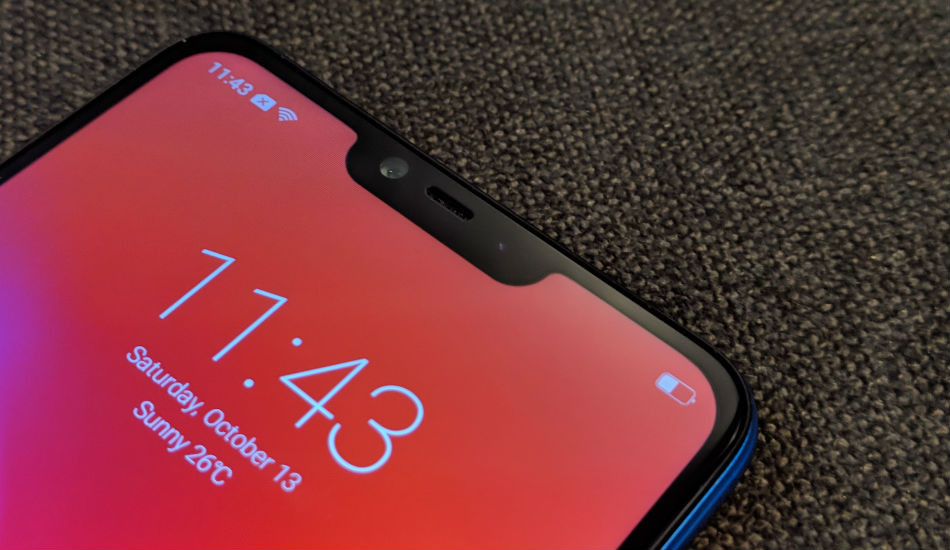 On the battery front, the Realme C1 is equipped with a 4230mAh battery. In our testing, the battery lasted almost one and half day under normal usage. However, when you stretch it, you can still get enough juice to last almost a day. Apart from this, we faced no noticeable call drops in this smartphone, however, the Jio SIM was not working on our device as it was a Twainese review unit. The company has said that the Indian retail units will come with Jio support. Coming to the sound of the device, the speaker is good enough and produces a loud sound, which is enough for a small room. However, the bass and mids are not so great in this one.

The Realme C1 is surely one of the most premium-looking smartphones in the under Rs 8,000 price segment. The display looks good in indoor lighting, though the reflective nature of the screen makes it a bit difficult to read the text in broad daylight. The camera performance is a hit and miss in different lighting condition, although the performance is pretty satisfactory. The user interface still needs a lot of polishing. That said, the Realme C1 does look like an interesting smartphone and it will surely give a stiff competition to the likes of Xiaomi Redmi 6A, Infinix Smart 2 and more.