Does it give a stiff competition to its arch-rivals? Let’s out in this first impression.

Realme has today announced the launch of the new budget-centric smartphone, the Realme 3i, in India. The smartphone comes with a price tag of Rs 7,999 for the 3GB RAM + 32GB storage option, while the 4GB RAM + 64GB internal storage is priced at Rs 9,999. The smartphone will go on sale on July 23 starting at 12:00 PM on Flipkart.

The latest smartphone from Realme comes loaded with an interesting design language coupled with decent hardware and battery life. The company has brought back the Diamond-cut finish with the latest smartphone. So, does it give a stiff competition to its arch-rivals? Let’s out in this first impression. 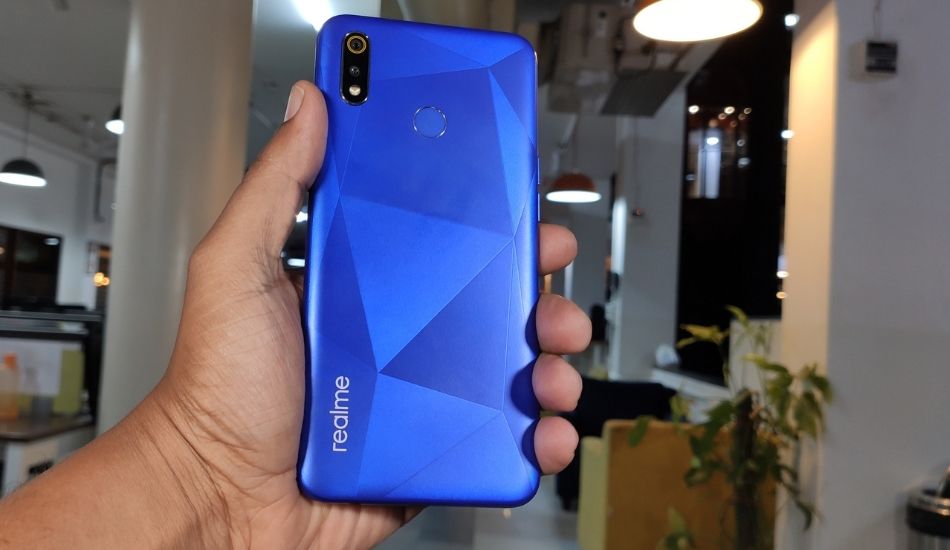 Starting with the design first, the Realme 3i is available in three colour options, Diamond Blue, Diamond Black and Diamond Red colour option. With the latest smartphone, Realme has brought back the Diamond-cut finish, which it introduced with the Realme 1 smartphone. However, there is a little twist this time. Unlike the glossy finish at the back of Realme 1, the company has added a matte finish on the back of Realme 3i with laser carving. The pattern gives a different colour when light falls on it with a 3D diamond finish. We quite liked the design language of the Realme 3i and it sure looks distinct as compared to other smartphones present in this price range. Check out the pictures of the Realme 3i.

Talking about key ports placement, the Realme 3i features a dual-camera setup at the back panel along with a fingerprint sensor. The right side features a power/off button, while the left features, volume controls and dual SIM + microSD card slot. The base of the device features a micro USB port, which is flanked between speaker grille and 3.5mm audio jack. That said, the Realme 3i is quite comfortable to hold in your hand and the texture at the back does not attract smudges as we see in other phones. 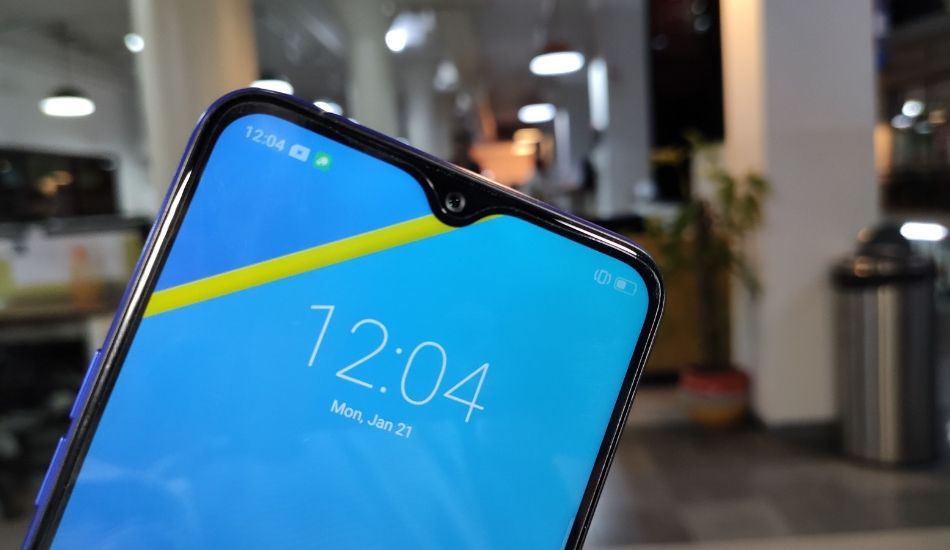 Talking about the display, the Realme 3i features a 6.2-inch HD+ Dewdrop display with a screen resolution of 1520 x 720 pixels. The side bezels are thin, though the bottom bezel is a bit thick in nature. Coming to the screen, the viewing angles are decent, though the colours are not punchy in nature. The phone is a bit reflective in nature, which makes it a difficult experience to read the text in direct sunlight.

On the hardware front, the Realme 3i is powered by a MediaTek Helio P60 processor along with Mali-G72 GPU. The phone is available in two memory variants: 3GB RAM + 32GB of internal storage and 4GB RAM + 64GB of internal storage. The memory can be further expanded up to 256GB via microSD card slot. 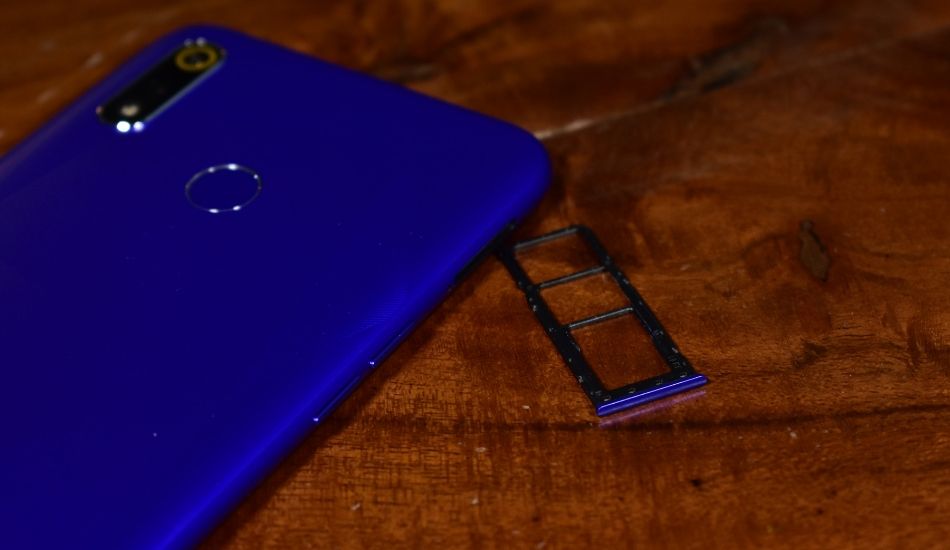 That said, the Helio P60 chipset is a tried-and-test SoC, which delivers some decent performance, however, it will be interesting to see whether it will be to match the performance of Redmi Note 7s, which comes with a better Qualcomm Snapdragon 660 processor. The phone is also loaded with a fingerprint sensor and face unlock feature. The fingerprint sensor is quite fast in unlocking the smartphone and so is the face unlock.

On the software front, the phone is loaded with ColorOS 6.0, which is based on Android 9.0 Pie. The user interface comes loaded with a host of interesting features. The notification panel comes with title-like style and it is a good thing that the company has added support for app drawer. On the downside, the phone comes with a noticeable amount of bloatware. You have third-party apps like Webnovel, NewsPoint, UC Browser, Amazon Shopping, ShareChat, Paytm and more. 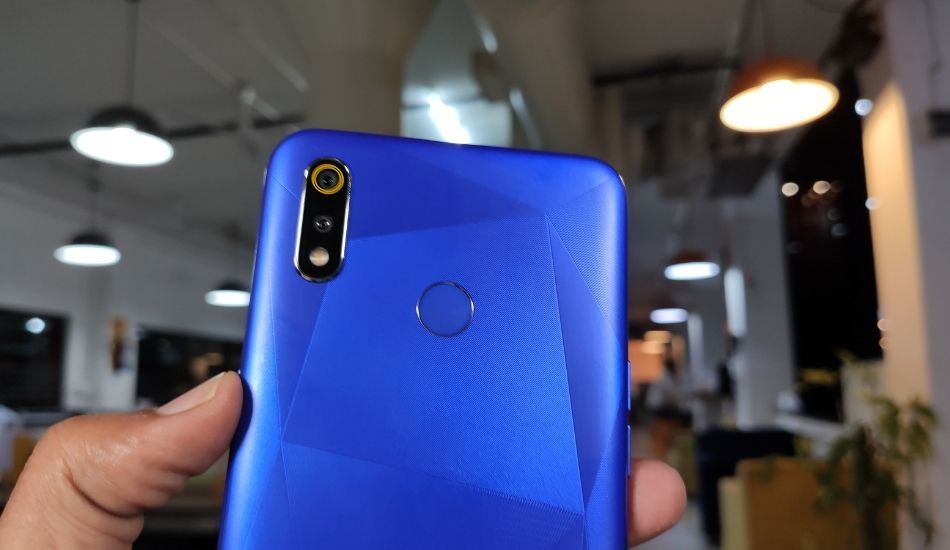 On the camera front, the phone is loaded with a dual-camera setup with a combination of 13-megapixel primary lens with PDAF, f/1.8 aperture, 5P lens and a 2-megapixel depth sensor. For the front, the company has added a 13-megapixel AI front camera with 1.12-micron pixel size and AI beautification mode.

The camera user interface is similar to what we have seen in other Realme smartphones. This means you get basic modes Portrait, Photo, Video, Expert, Time-Lapse, Slo-mo and more. We suggest you stay tuned with us for a detailed review of the Realme 3i. 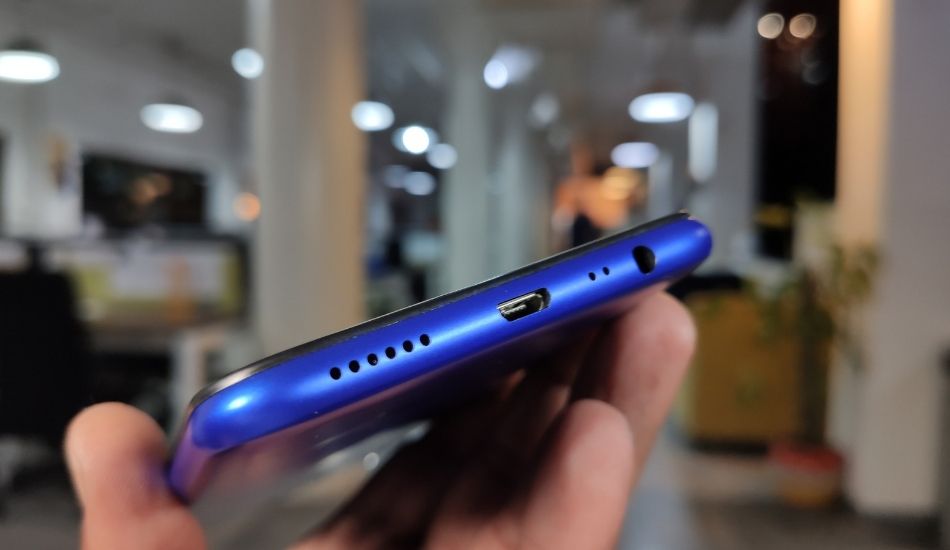 Realme 3i is backed by a 4230mAh battery and it comes with a standard charger. Considering the display and power-efficient processor, you can expect it to last more than one day of normal usage. On the connectivity front, the phone features a 4G VoLTE, Bluetooth 5.0, GPS, GLONASS, micro USB port and dual-SIM support. The phone measures 156.1 x 75.6 x 8.3mm and weighs 175 grams.

Realme 3i comes with an interesting design language. The Diamond cut finish at the back panel sure looks different from the rest of the competition. However, the rest of the specifications are pretty much standard for this price range. As for its rivals concerned, it will compete with the likes of Redmi Note 7s and more.