Moto E4 Plus First Impressions: Is it a worthy Redmi Note 4 contender? 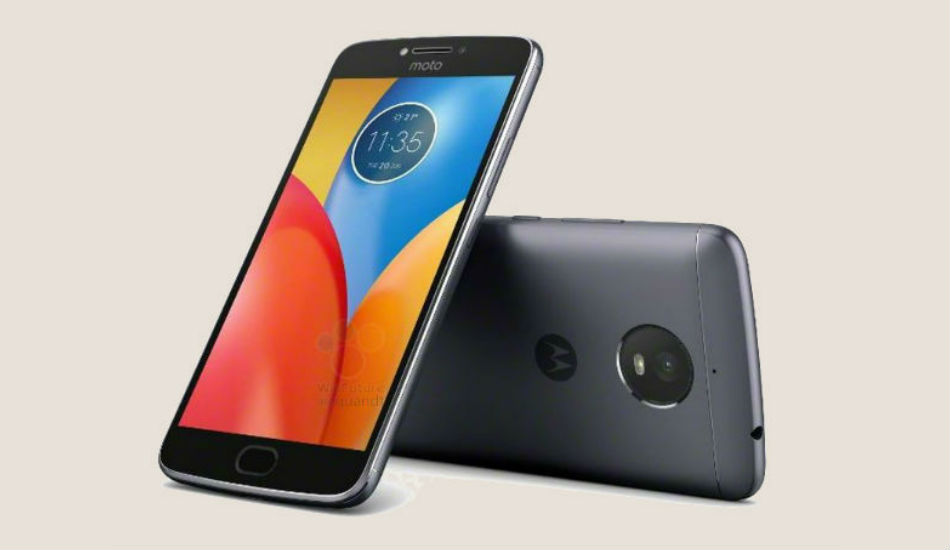 does it have enough ‘Plus(es)’ to dominate the heavily competitive market?

Motorola has introduced the fourth generation of its E series with the launch of Moto E4 Plus and Moto E4 smartphones in India. Moto E4 will be available through offline channels at a market operating price (MOP) of Rs 8,999. The Moto E4 Plus, on the hand, packs some good internals coupled with a massive battery, all at a price tag of Rs 9,999.
At this price point, the smartphone will be competing with the likes of Nokia 3, Xiaomi Redmi Note 4 and other Chinese players like Coolpad etc. So, does it have enough ‘Plus(es)’ to dominate the heavily competitive market? We got some time to spend with the device and this is what we think about the Moto E4 Plus.
Design and Display
The Moto E4 Plus has a strong resemblance with the Moto G5 Plus and Moto G5. This is the first smartphone in the Moto E series, which comes with a metal design, a welcome move indeed. The phone is a bit bulky with 9.3mm thickness and weighs 150 grammes. The front is dominated by a 5.5-inch screen along with front flash, selfie camera and earpiece on the top, while the base houses a fingerprint sensor with gesture supports, similar to what we have seen in Moto G5 and Moto G5 Plus. 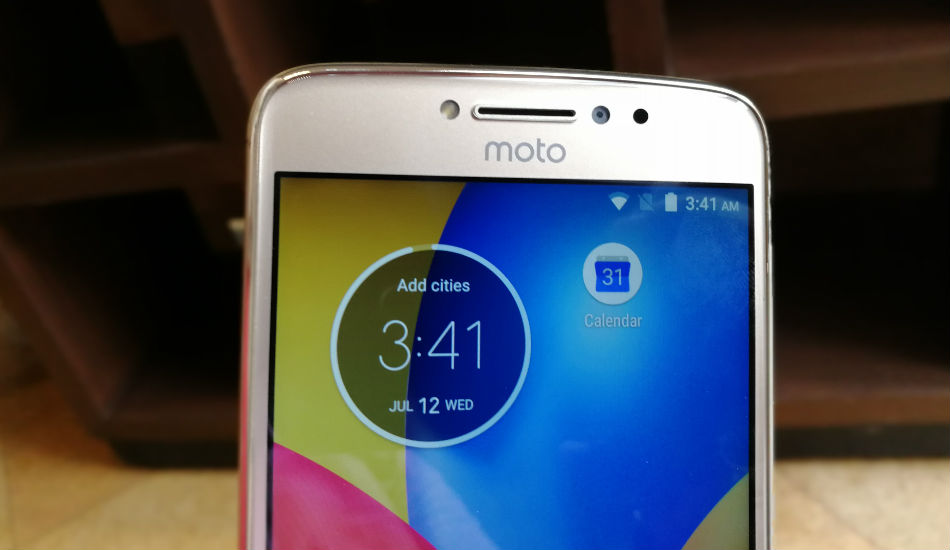 The right houses volume controls along with the power on/off button, while the left is bare. At the back, one will find a primary camera at the top centre position and just beneath it is the famous Batwing logo. The back is removable and one will find dual-SIM slot and a separate microSD card slot. Moving on, at the base, you will find speaker grille, micro USB port and a microphone, while at the top there is a headphone jack. Overall, the smartphone does give a good look, but frankly, it has been crafted from the chassis of Moto G5 Plus.
You might also like this:
On the display front, the Moto E4 Plus sports a 5.5-inch HD display with a screen resolution of 1280 x 720 pixels along with a 2.5D curved glass. The display looks good and the outdoor visibility is at par with the rest of the smartphones. Interestingly, this one also comes with Moto Display, which basically allows users to view app notifications and one can even reply to WhatsApp messages. On the downside, the screen sports HD resolution, and we have seen other smartphones likes Xiaomi Redmi Note 4, which sports a full HD display. Further, the display is a bit reflective in nature, which sometimes makes it difficult to view under direct sunlight.
Hardware and Software
On the hardware front, the smartphone is powered by a 1.3GHz quad-core MediaTek MTK6737 processor. It is backed by a 3GB of RAM and 32GB of internal storage, which can be further expanded up to 128GB via microSD card slot. That said, the phone does come with an old MediaTek processor and we expected that the company will launch the Qualcomm Snapdragon 427 variant in India. Judging by its specs sheet, it seems to be an underdog when placed against Redmi Note 4, which comes with a Snapdragon 625 processor. 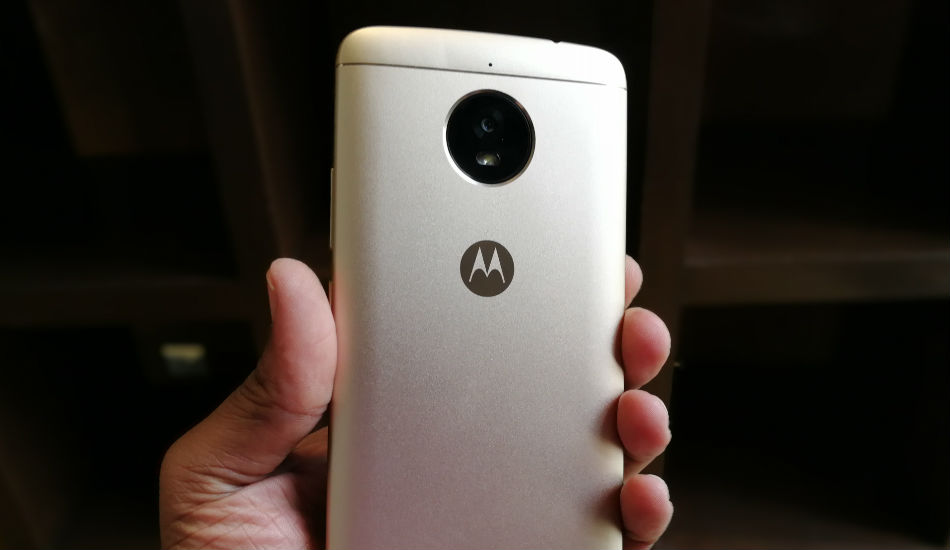 On the software front, it runs on latest Android 7.1.1 Nougat, which comes with a stock Android experience. Further, the UI comes loaded with Moto Actions. Users use the fingerprint sensor to navigate and all you have to do is swipe right to left on the sensor to go back and simple swipe from left to right will open recent apps. One can also lock the screen by touching and holding the sensor and a long touch will open Google Assistant.
Then there is chop twice to open flashlight, twist to open the camera app, swipe diagonally to shrink the screen and more, which makes it easier to use the device. Motorola is known for giving a clean and smooth user interface, though the intensity of updates has declined recently. But, still, if you are looking stock Android finish, then this can be considered as a good option.
Camera 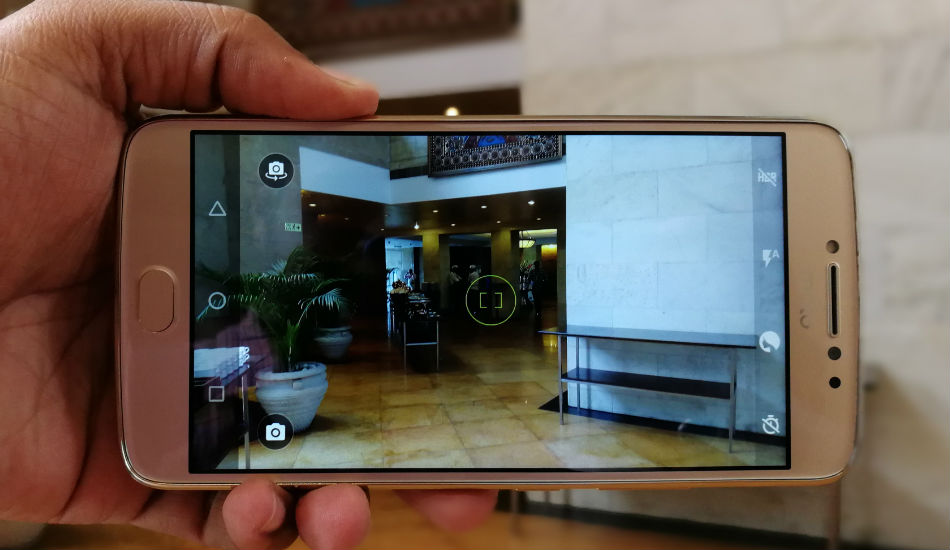 On the camera front, the Moto E4 Plus is equipped with a 13-megapixel rear camera with a 13-megapixel rear camera with LED flash, aperture f/2.0 and 5-megapixel front-facing camera with LED flash, f/2.2 aperture for selfies and video calling. During our brief testing period, we found out that the smartphone does take some good photos when the lighting condition is right. The camera UI is pretty clean and the device is fast to lock focus on the subject. However, it would be too early to comment on the camera performance of the device.
Battery and Connectivity
The major highlight of the smartphone is the massive 5000mAh battery, which the company boasts can last up to 2 days of usage. The phone also comes bundled with a 10W rapid charger, which would help for fast charging. On the connectivity front, it supports 4G VoLTE, WiFi 802.11 b/g/n, Bluetooth 4.1, GPS and micro USB port.

To wrap up, the Moto E4 Plus comes with a metal build, boast some decent cameras and the 5000mAh battery surely looks tempting. On the downside, the phone is powered by an old processor which might affect its overall performance. As for the competition is concerned, the smartphone will compete against, Xiaomi Redmi 4, Lenovo K6 Power, Coolpad Note 5, and Xiaomi Redmi 4.