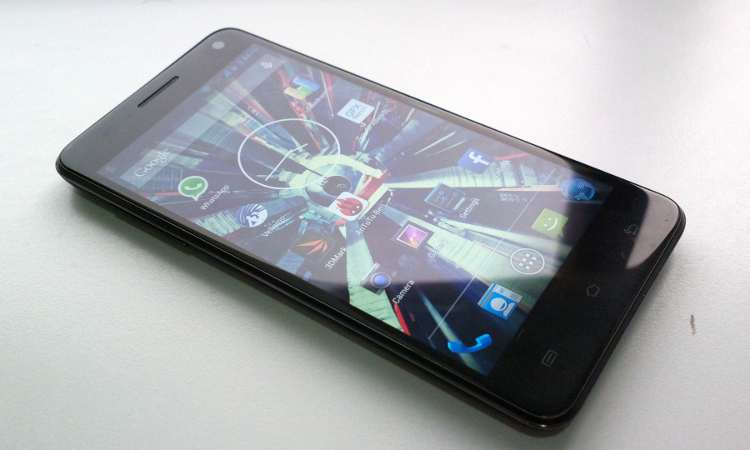 Indian mobile phone maker, Xolo has garnered accolades for offering affordable smartphones and tablets with competitive set of features. The company started with a bang with Intel chipset based handsets and had even launched few devices with Nvidia’s Tegra platform. However, soon Xolo started to offer more models packing the MediaTek chipset solutions. Xolo Q series is the classic example of quad-core MediaTek chipset packing smartphones at different price brackets. The flagship device in Xolo’s Q series is the new Xolo Q3000. 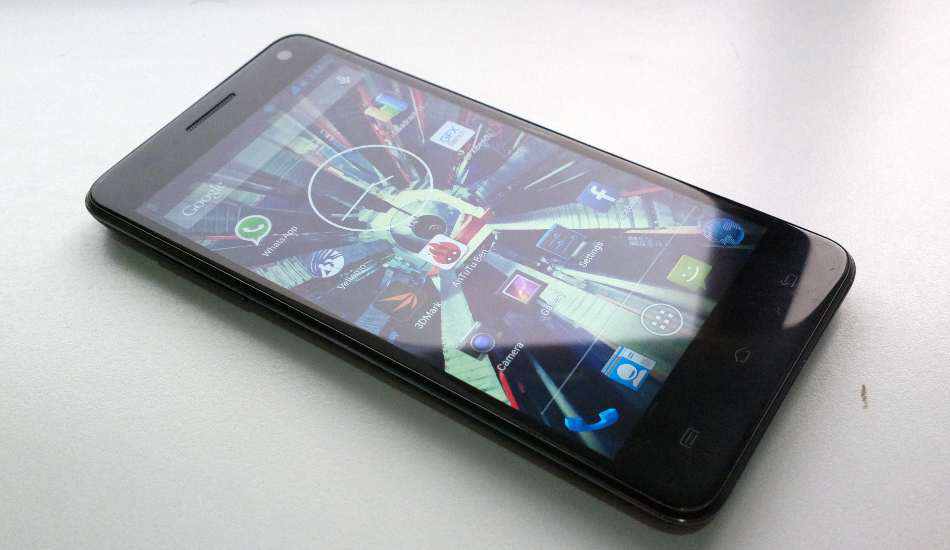 This handset offers a full HD resolution supporting large display and a massive 4000 mAh battery. However, the phone competes with the True Octa-core MediaTek chipset trotting Intex Aqua Octa and iBerry Auxus Nuclea N2. There can’t be comparision at the chipset level because of two different solutions. However, rest of the features remain almost the same. 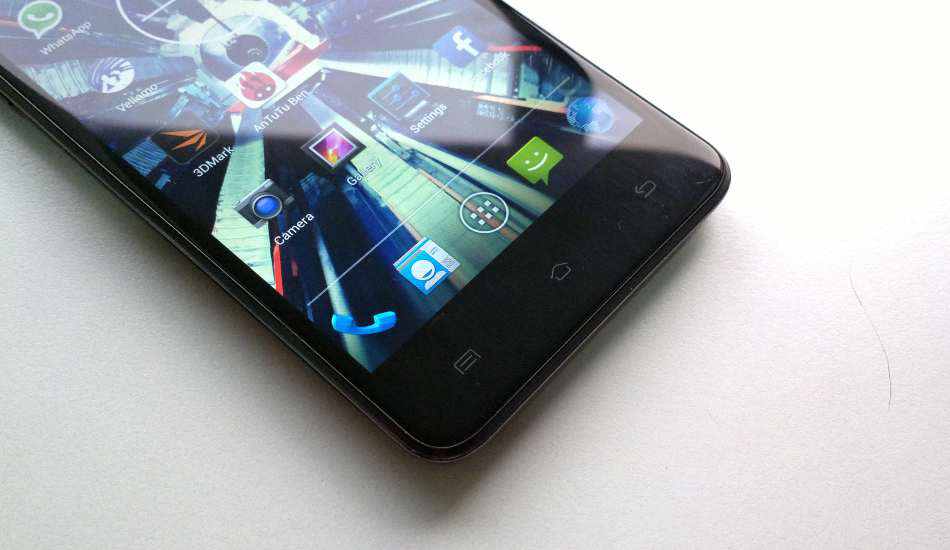 We got the Xolo Q3000 handset for review and here is out detailed account of the same.

Xolo has designed the Q3000 with pleasing looks and acceptable design. There are no sharp edges on the phone; a thin metallic rim runs around the sides, connecting the display to the rear plastic panel. The touchscreen is quite a fingerprint magnet and so is the rubberised matte feeling offering removable back panel. There is a slim chromed strip at the back that covers the camera module and the micro USB port on the top. The chromed strip also gives a mesh output for the speaker.

Even though the rubberised matte finish of the removable back cover offers a pleasant grip, the 5.7-inch display trotting phone is difficult to operate with one hand. 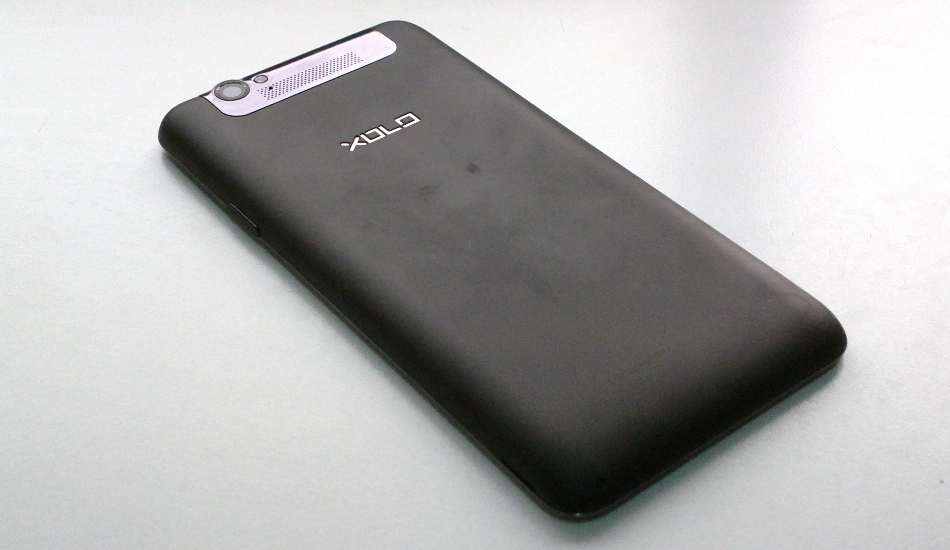 The retail box contains 4000 mAh battery, phone, charger, headset, USB on-the-go dongle and printed quick start guide. Apart from that, Xolo has packed in a complimentary scratch guard and flip cover to protect the device from usual wear and tear. 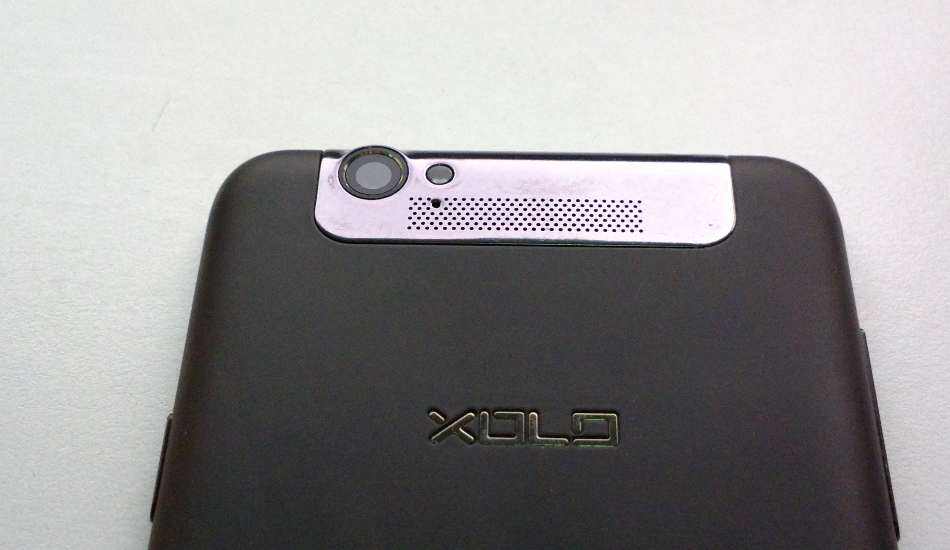 Xolo has tried to keep the packaging and design of the smartphone quite simple. There are no fancy colours on the box and all the slots for SIMs as well as micro SD card are located inside the back-cover. When it comes to looks, the Q3000 can be ranked as average which feels just fine in the hand.

Xolo has packed the 1.5 GHz MediaTek MT6589T quad-core mobile processor and the PowerVR SGX 544MP single core GPU in the Q3000. It has also 2 GB RAM and Android 4.2.1 Jelly Bean operating system. As said above, it comes with a 5.7-inch IPS LCD display that supports 1920×1080 pixel resolution and thereby pushes the pixel density to 386.5 pixels per inch. This display has 16:9 aspect ratio. The display is not very bright even when set at the highest level. So the legibility in sunlight is not great. Being glossy by nature, the display holds on to the fingerprints, smudges and dust. 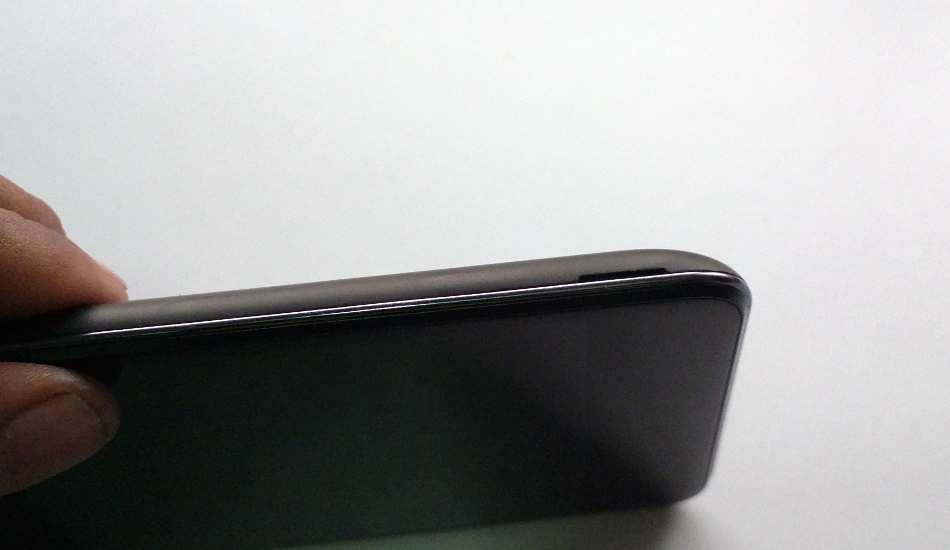 Xolo has integrated the Bluetooth 4.0 with A2DP support in Q3000 which has two SIM modules – one micro SIM and one full SIM module. One of the slot can support 3G network for faster mobile internet and clearer voice call quality. There is a microphone located at the bottom of the device. The Q3000 also offers GPS with A-GPS and GLONASS support. Music listeners can make the best of the built-in FM Radio as well.

With reference to hardware, Xolo has tried to offer the best in the stipulated price segment. The highlight would be the full HD display and the 13 megapixel camera at the back. In the front, it has a 5.1 megapixel wide-angle camera. For storage, though Xolo promises 16 GB on-board storage, the phone offers 12.7 GB as user storage and 0.98 GB as the internal storage for apps.

Xolo Q3000 comes with the Android 4.2.1 Jelly Bean operating system version. The user interface is quite simple. The SIM management menu in the Settings app allows the user to define the data usage on 3G network supporting SIM module. It has the Xolo Security app that add a blanket to easily track and locate the device in case of loss or theft. The app basically integrates with the user’s Google account. The Q3000 also comes with the Xolo Power app that aides in managing the battery and ensure longer run time with suggested settings. There is also a scheduled timer option in this app which can be used to automatically switch off the device at night or specified time. 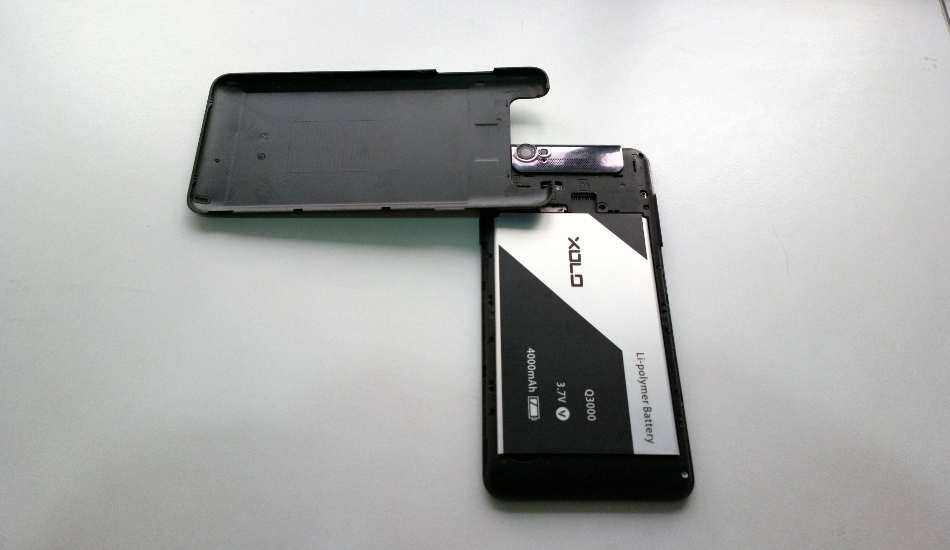 One interesting software feature we spotted was the One-hand operation mode in the Settings App. When activated it shows a square grid bearing button floating on the top of the UI. When clicked on that button, the entire User Interface goes smaller and easier to operate with single hand. Undoubtedly it looks much crisper but makes the phone a bit slower to operate. We will give it to Xolo for a good attempt but consumers may not be so merciful. The one-hand operation mode can also be launched by pressing and holding down the back capacitive key for couple of seconds.

The Q3000’s quad-core 1.5 GHz MediaTek MT6589 is based on the ARM Cortex-A7 low power processor cores. With low power, there is also a compromise on the performance if compared to high end smartphones. The phone managed to score around 15000 in the AnTuTu Benchmark Test but barely managed to pass the GFXBenchmark for high quality video as well as gaming. The GPU offers 3.4 frames per second in a full HD game benchmark in GFXBench. 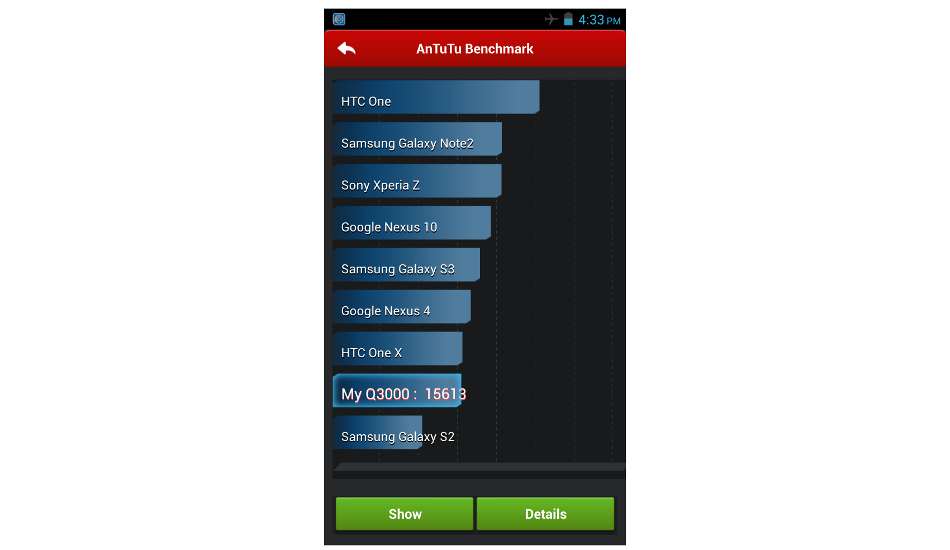 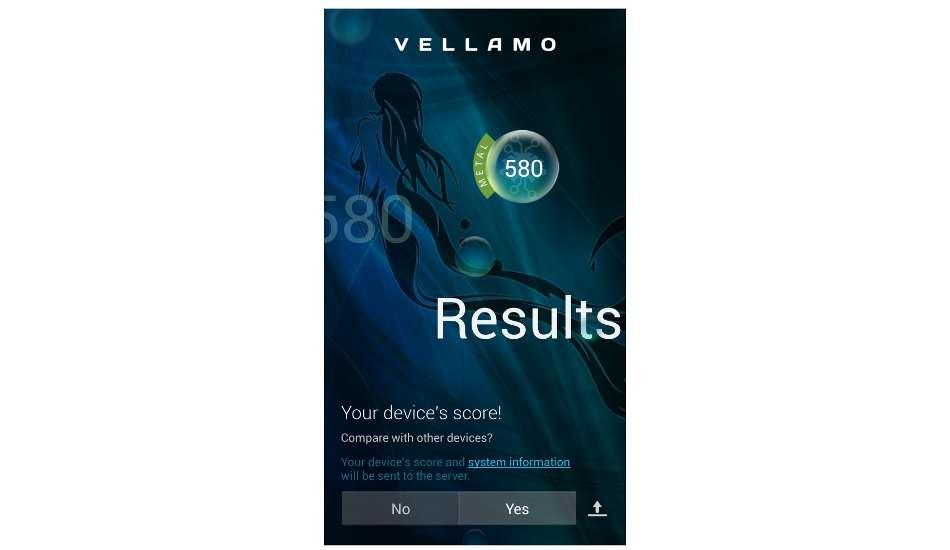 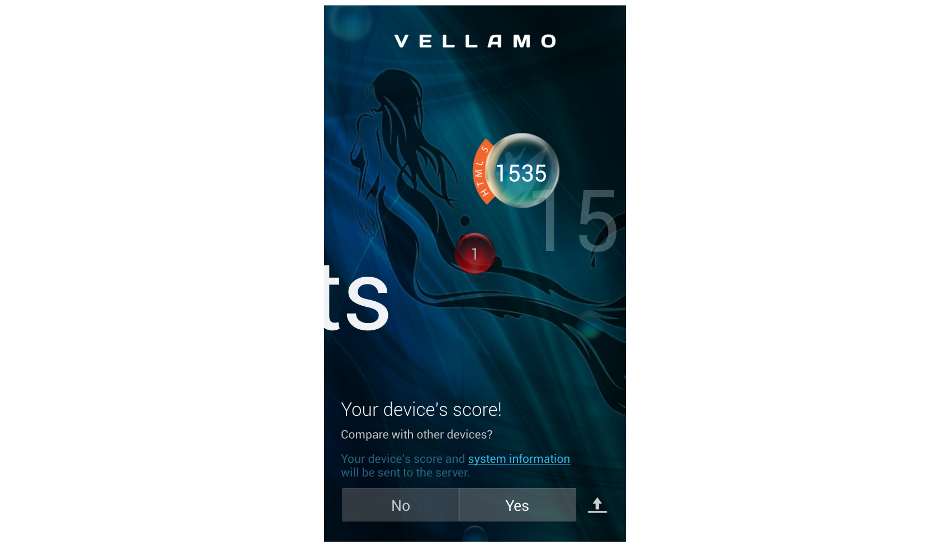 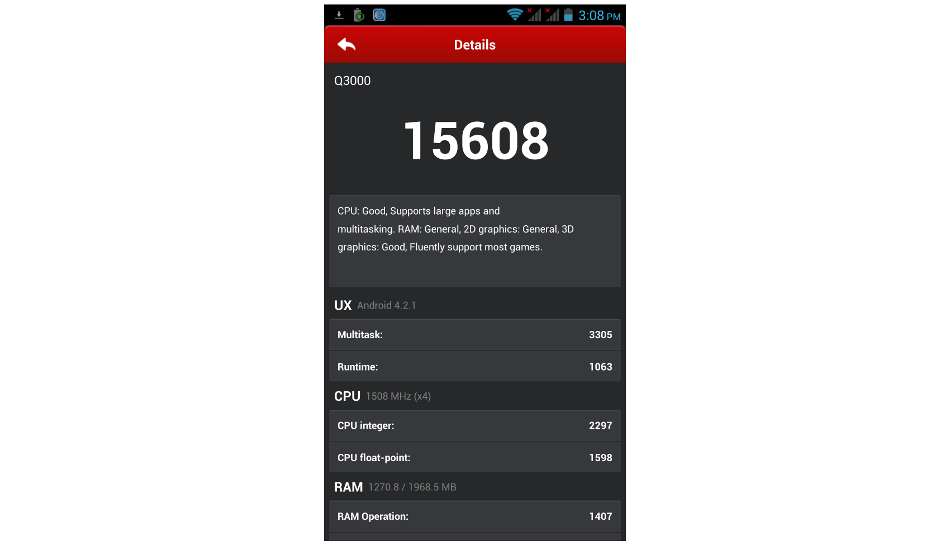 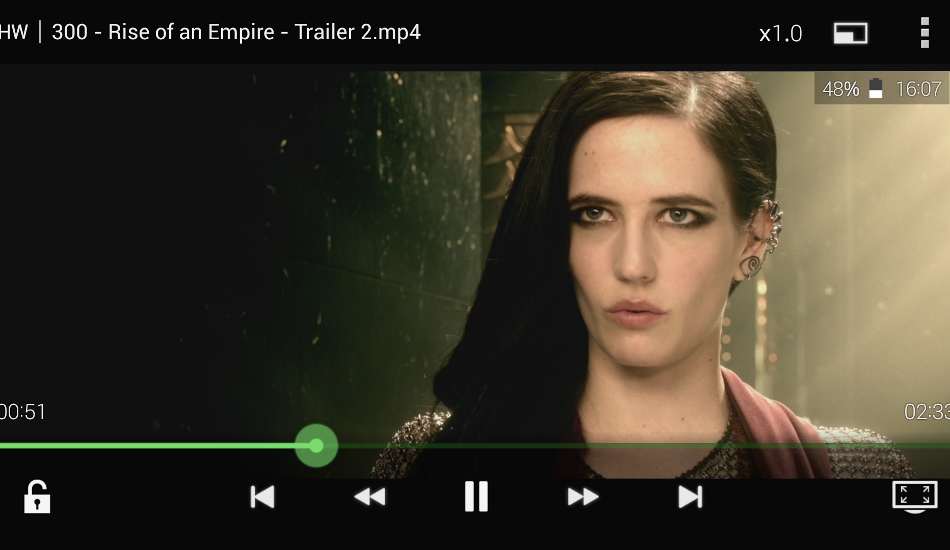 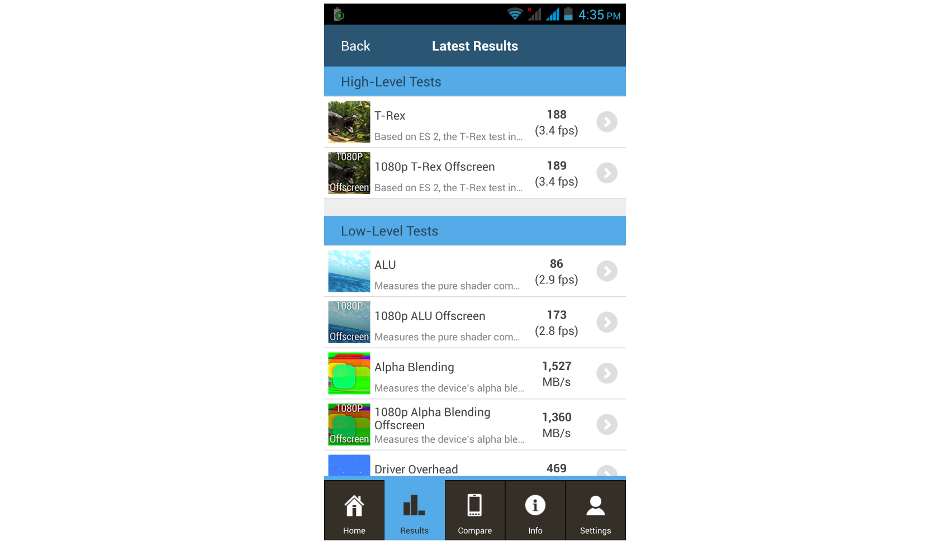 The phone manages to play HD videos quite smoothly but full HD videos managed to work but there was some jarring. However, the full HD videos recorded in 3GP file format would play just fine. The audio output from the back is fairly loud but not clear. For the location services, the accurate locking of the location using the GPS with A-GPS and GLONASS takes about good one to three minutes roughly. 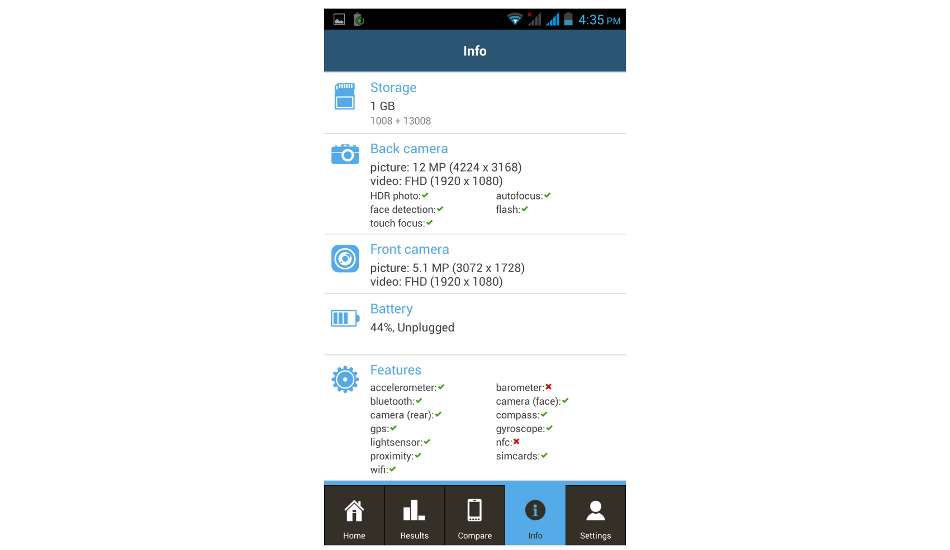 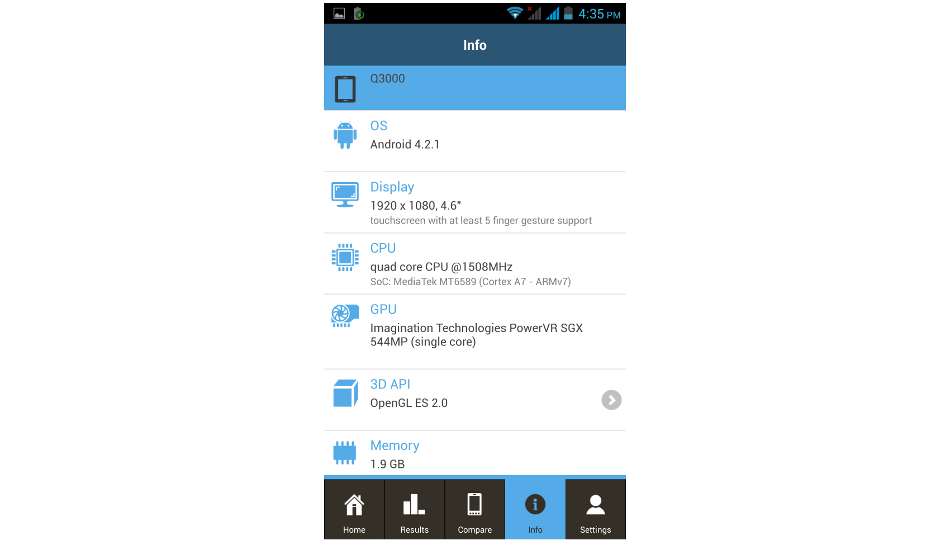 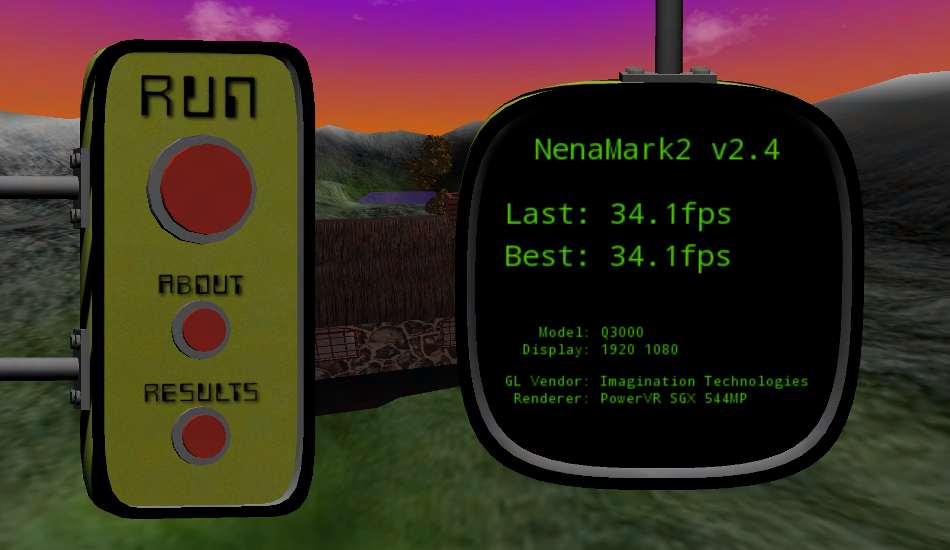 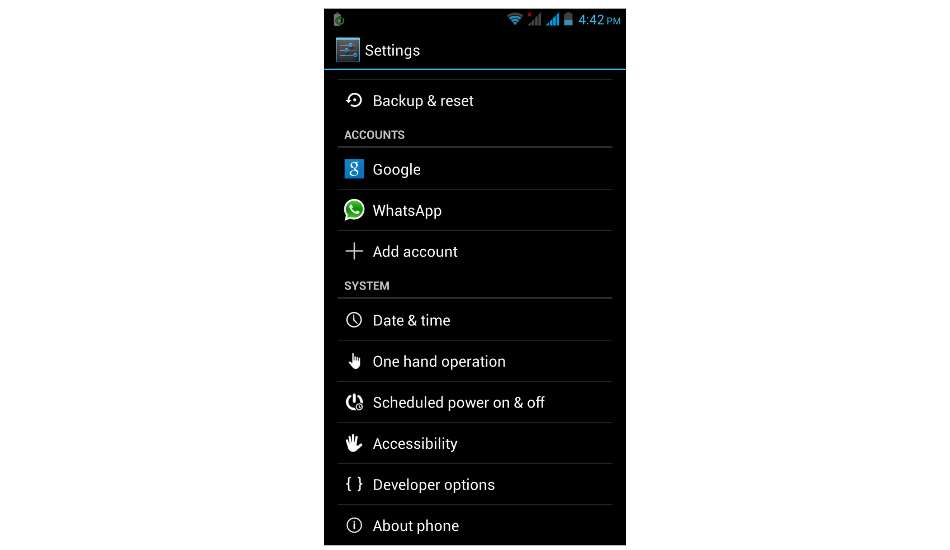 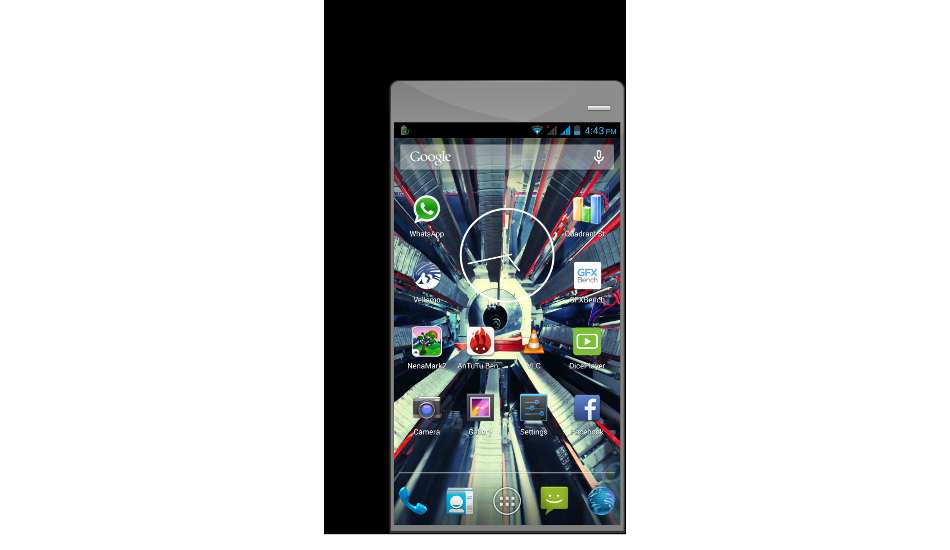 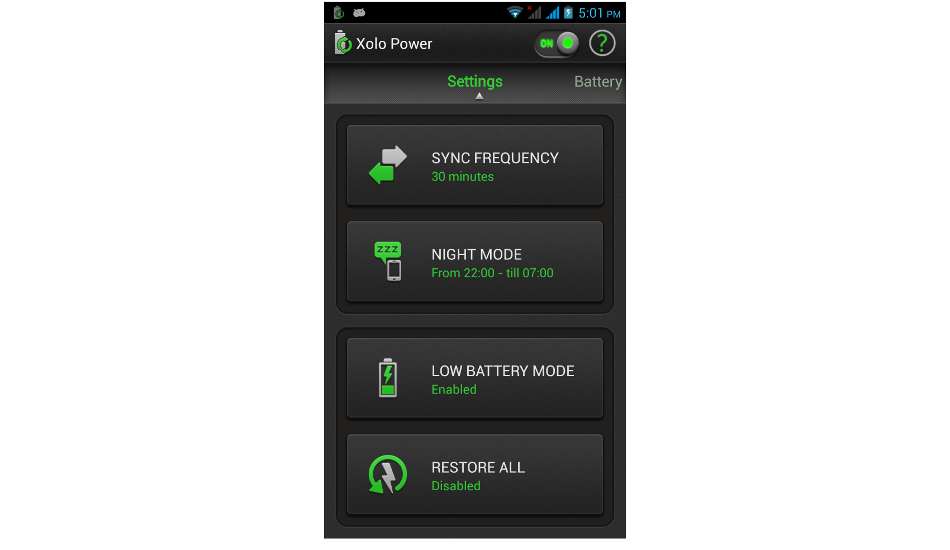 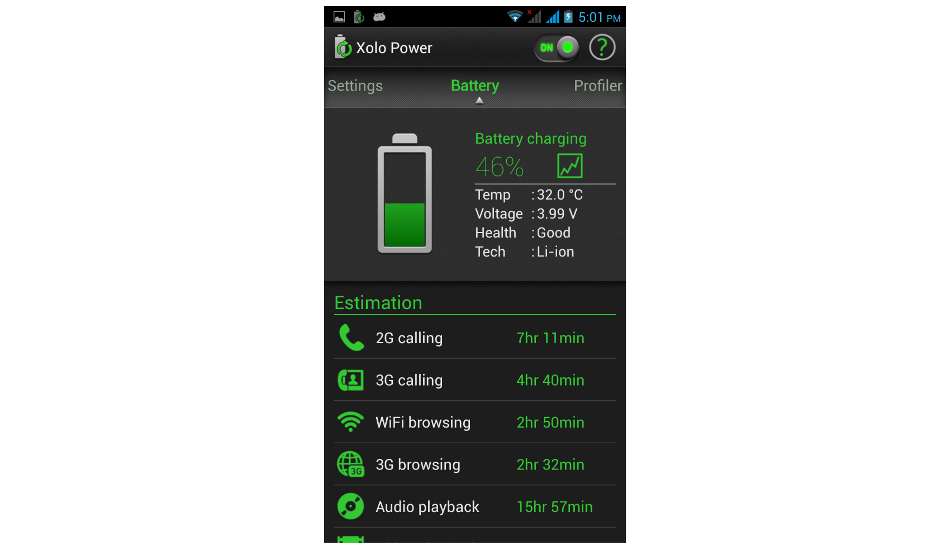 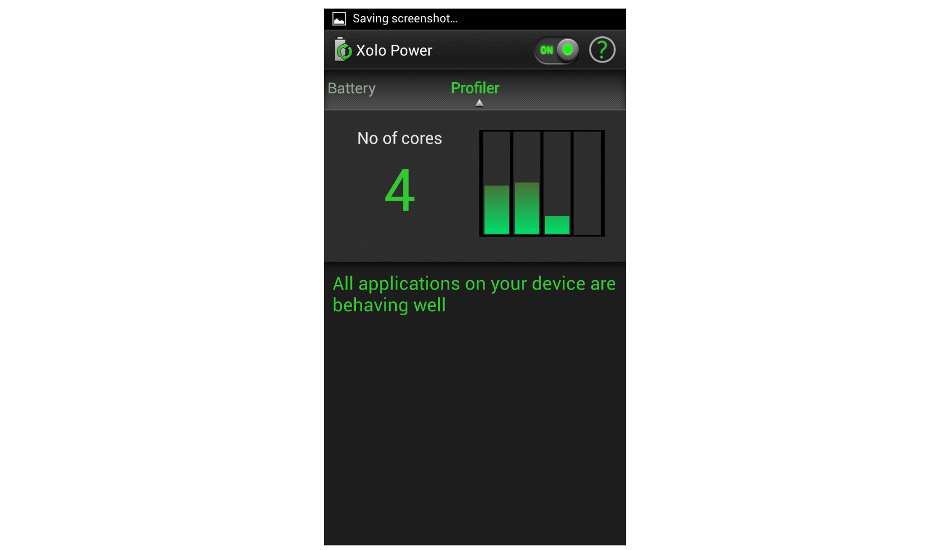 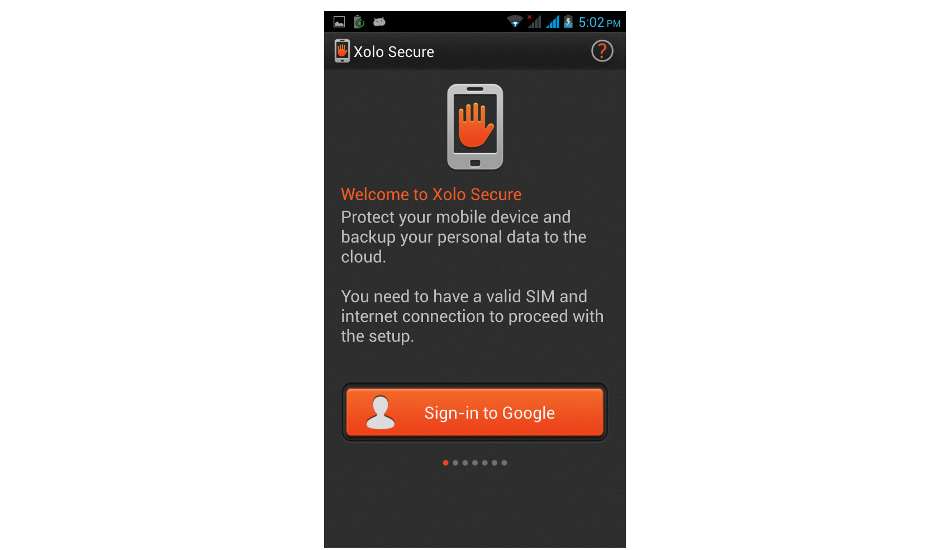 The bottom line remains that though the phone offers aspirational hardware that packs decent performance out of the box. Sure, it may not impress the hardcore gamers but will keep anyone seeking large HD display happy.

Xolo has placed a 13 megapixel camera at the back of Q3000 along with an LED flash next to it. The camera app is quite native and offers some interesting set of modes such as Face Detection, HDR and Panorama. The image quality which appears fine on the phone, shows the actual performance when zoomed in or checked on a computer display. Photos on watching closely show artefact in pixels and lack of details. Even the low luminance performance is not that great. In a nutshell, the 13 megapixel camera with BSI sensor offers a quality which is acceptable over social networks and can be enhanced with live filters. 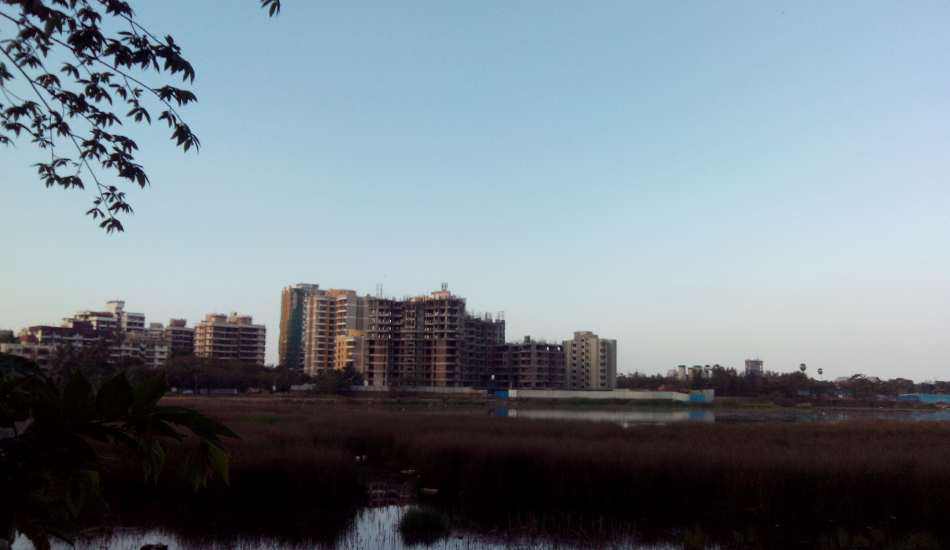 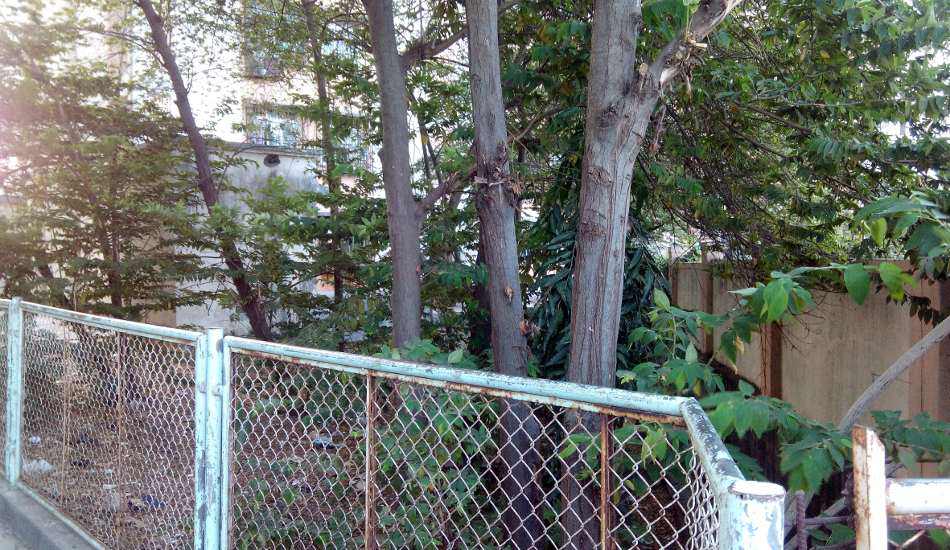 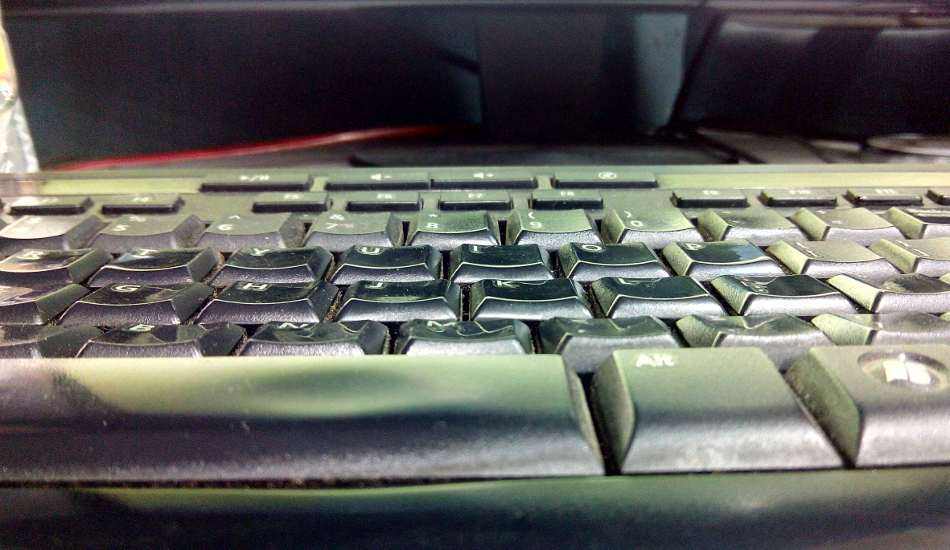 When it comes to video, surprisingly the phone records the full HD videos in 3GP file format and the focus takes a really long time to adjust. Thankfully there is a secondary microphone that aids to the audio recording for the full HD Video and makes it quite interesting to enjoy.

Xolo Q3000 is one of the few handsets under Rs 20,000 to feature a massive 4000 mAh battery. With such a massive battery, one can easily expect longer run time and that is exactly what happened with us. We managed to make the phone run for two days straight with barely half an hour of gaming, emails, using Instant Messengers (Hangout, WhatsApp), browsing web and making couple of calls. 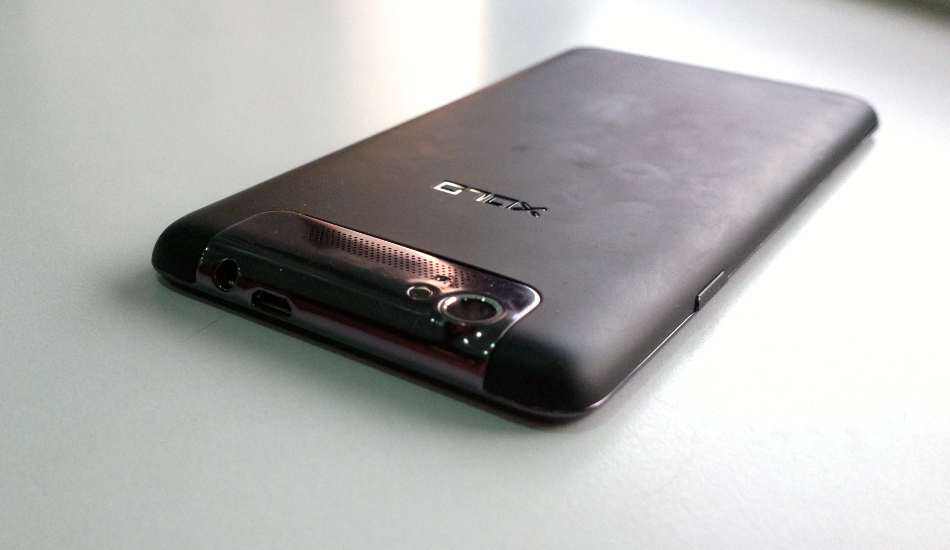 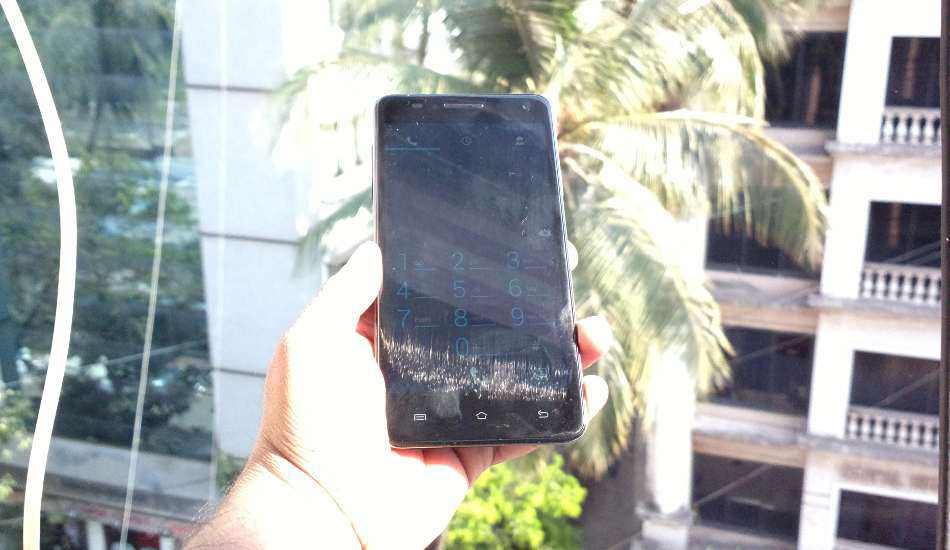 Do note that we were using just one SIM card slot. With minimal usage even with two SIMs installed, one can easily expect a day and half worth performance with moderate usage. Of course we fired up the location services, Bluetooth and WiFi on “as required: basis. During the process, the Xolo Power app was really beneficial to switch it off when the phone is not in use. In short, if you know how to make the best of an Android phone, the battery life will seldom be an issue.

Xolo did create a market for itself by delivering some really decent models since last year. The Xolo Q series mostly comprises of the MediaTek quad-core chipset housing smartphones. The Q3000 is a modest attempt by Xolo to bring in yet another iterative smartphone in the sub Rs 20,000 price range. The core hardware delivers decent performance with 2 GB RAM but there is no leapfrog of a difference in performance. Enjoy the large display and complimenting battery life which gives it an edge over other smartphones in the same price range. Xolo can gain some brownie points by promising Android 4.4 KitKat update for this smartphone formally.