Idea teases another budget device with 3G support, the capability of video calls, and packed with Android 2.3.6 Gingerbread. Idea 3G Aurus is priced at Rs 7,190.

Idea Cellular had launched its 3G Aurus smartphone in the crowded dual SIM segment last month. Aurus is meant for the budget Android segment. It offers dual SIM support and video calling. Even though video calling over cellular networks is not what any sane person would do, Idea is betting that the 3G Aurus will certainly boost its users’ confidence. 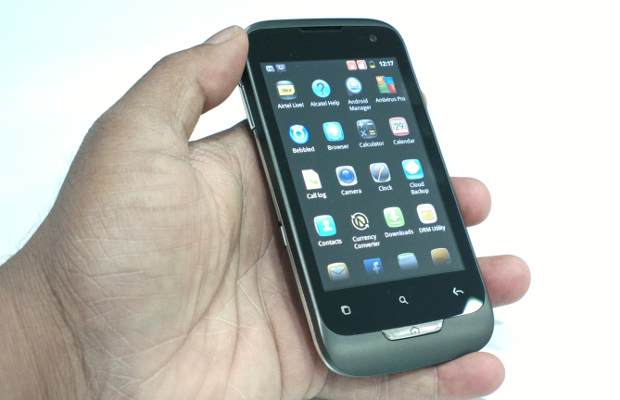 Idea has basically partnered with the handset maker Alcatel and introduced the One Touch 985n Blaze in India as the Idea 3G Aurus. The Idea Cellular folks are working closely with Alcatel to add more optimizations and updates to the Aurus smartphone. Idea 3G Aurus smartphone is already available in the Indian market at a best price of Rs 7,190 and bundles free 3G data benefits worth Rs 2,300. We got lucky to spend some time with the Idea 3G Aurus and here is our account of the experience.

Idea has taken the Alcatel One Touch 985n and it is certainly appealing at first glance. Unlike the slab-like tall smartphones, Aurus is 116 mm tall and 12.15 mm thick. It sports a metallic Home button at the center. There are hardly any sharp edges on the phone because the corners are rounded. From packaging to use, the phone has been designed to win accolades for good design.

Idea 3G Aurus has a 3.5 inch capacitive touchscreen 18 bit display that supports 320 x 480 pixel resolution. The display covers three capacitive keys at the bottom and there is a physical home key in the centre just below the screen and the chin of the smartphone. The display is apparently crisp enough for a 3.5 inch panel, just like the one found in the Samsung Galaxy Ace or Sony Xperia Miro. 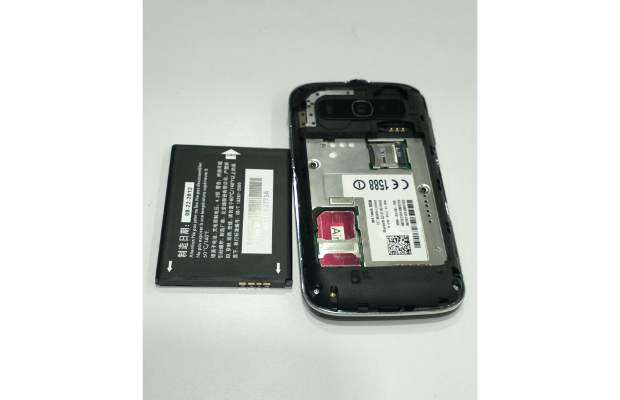 The Idea 3G Aurus has chrome finish metal casings to hold the front and back panel together. The back panel has angled scales and at the bottom is a strip where Idea’s logo is placed. The phone feels great and smooth in one hand. Due to its average screen size the display looks just fine from a distance. If you bring it closer to your face, though, you can see the icons tear. 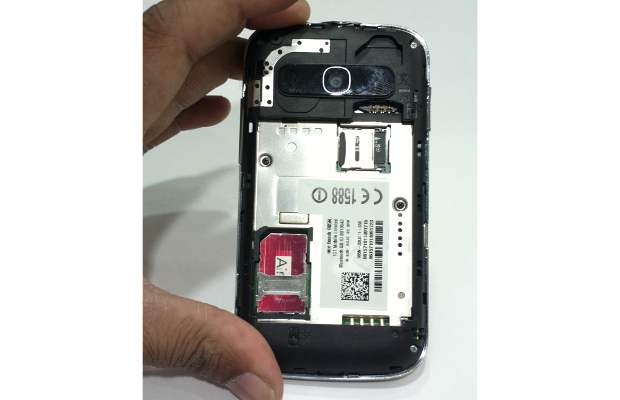 To sum up, the Idea 3G Aurus has a great design, size and form, which can easily be slipped into and out of pockets.

The Idea 3G Aurus is capable of supporting quad band (850/900/1800/1900 MHz ) GSM networks and dual band (850/2100 GHz) 3G networks in India. Offering dual SIM support in GSM+GSM configuration, one can add a 3G SIM and another that supports 2G. The phone offers a SIM settings menu option in the settings app. This SIM settings menu option will let you define the SIM that can access and use 3G networks while the other can be set to access 2G networks. At any point of time you can change and further customize these settings. However, do note that you will have to put the 3G capable SIM into the 3G SIM slot at the back of the phone under the battery. The phone supports dual standby mode, which means that as soon as you answer an incoming call on one SIM, the other module becomes inactive. 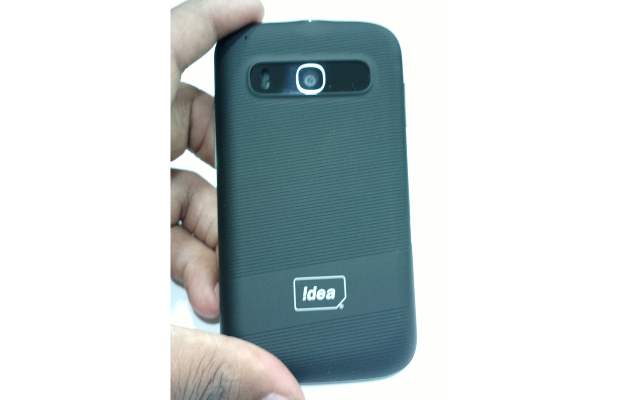 The Idea 3G Aurus sports a VGA quality front facing camera and supports video calling for Idea subscribers. Unfortunately, we did not have an Idea card to test the experience on its network. However, the Skype app works just fine on this smartphone over WiFi. 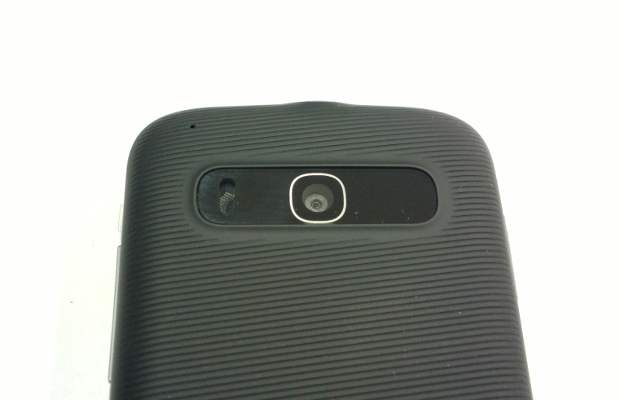 The Idea 3G Aurus packs an 800 MHz MediaTek MT6573 mobile processor coupled with PowerVR SGX531 graphics chip. It has a 256 MB RAM and 512 MB ROM for app storage. With merely 150 MB available memory, Idea has packed a 4 GB micro SD card with the phone to install and store applications, images and other multimedia. The 3.5 mm audio port rests on top next to the power/sleep and wake-up key. Metallic volume control buttons located on the right allow you to quickly control volume level.

The Idea 3G Aurus brings specific optimizations in terms of software. It comes pre-loaded with Android 2.3.6 Gingerbread update with a slight presence of customizations to support dual SIM features. For instance, the lock screen shows the status of both the SIM cards and the dial gives single tap access for choosing the SIM module to make a call. This phone features swipe down to unlock the screen. You have been warned about the existence of an orange colour in different backgrounds of the icons and other options-not sure if you would like it. 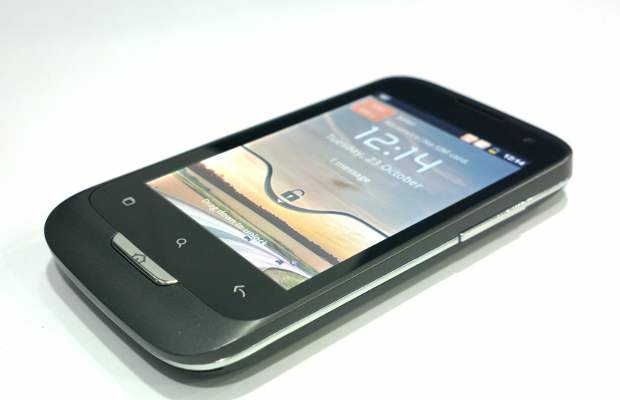 The Android 2.3.6 Gingerbread interface has convex square icons with rounded corners. There is not much eye candy packed in the phone but you can always download third party launchers and customize it. The microSD card is loaded with several useful applications that need to be installed first. These applications also bring four Idea specific apps -Idea Power, IdeaFresh, IdeaMall and Idea TV. Of these three, Idea TV brings free TV viewing with a Rs 150 pack per month for the first three months from the date of purchase, for both prepaid and postpaid subscribers. The IdeaMall leads to free and downloadable apps from the Idea App Store through a WAP site. 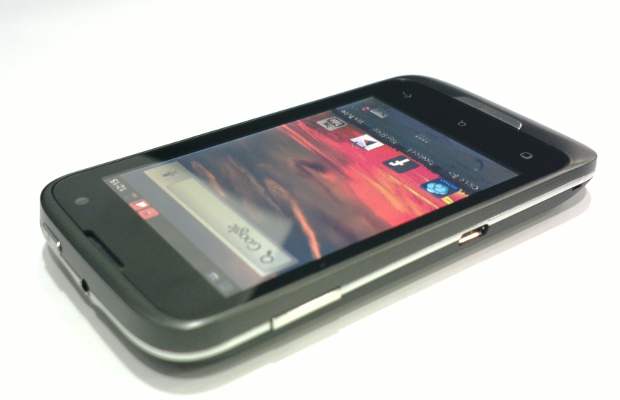 Using the phone in portrait mode seldom creates any issue and in landscape mode, at times it just acts wonky. Maybe that was due to the applications. Over all, the software interface experience was decent and reasonable until we started using memory hungry applications. Thankfully, Idea also offers 2 GB per month data free for the first three months and also 10 minutes per day of talktime free for three months as a bundled offer.

Considering the limited hardware power packed inside, there was no need to waste time trying to watch full HD videos. Apparently, the graphics chip is powerful enough to run select 720p HD videos and it is theoretically capable of capturing 720p HD video as well, but does not. We managed to start the Temple Run game but then it kept crashing for some odd reason. 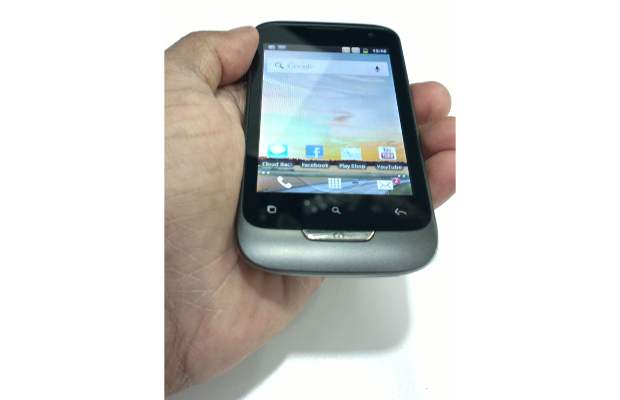 At the back, Idea 3G Aurus has a 3.15 megapixel camera without LED flash, and it uses an image interpolation technique to upscale the image quality to up to 5 megapixel. Basically, it has a 3.15 megapixel image sensor, which can upscale to capture images of up to 5 megapixel resolution. The image quality is not that pleasing for avid shutterbugs. The device lacks an LED flash to provide good illumination in low-light environments. The camera app clicks images with a loud capture sound. The sound output of this phone is just enough to make you listen to the ringtone and casual music listening is not a hassle on it. The multimedia experience on this phone will keep you happy but will not blow you away.

When it comes to dual SIM smartphones, battery life is not that great as compared to most single SIM phones. Idea has packed a 1300 mAh battery inside the 3G Aurus and we did not hope for phenomenal battery life, especially with Android running on it. Using the phone on 2G networks only made it last for about 6 hours with some gaming, watching YouTube videos, web browsing and a couple of calls. 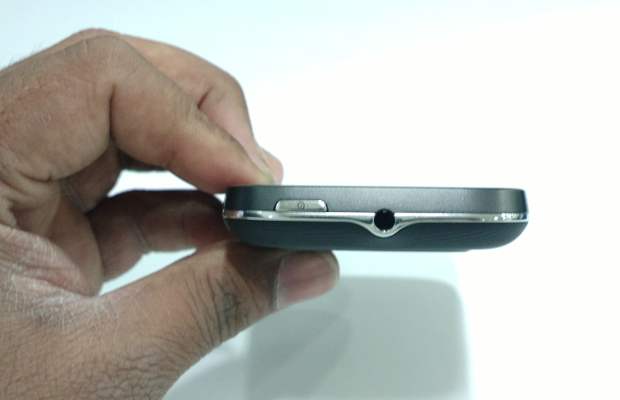 Using the phone on 3G networks continued to consume battery quickly and made it run out of juice in just about five hours with a similar usage pattern. Needless to say, you can conserve battery while using the phone’s 2G network mode and switch to 3G only when required.

Idea 3G Aurus is a perfect second device for someone who needs to stay connected with folks. You can access Gmail and other basic social networking activities on this device. Multimedia on this smartphone is decent enough to keep you engaged for a while. 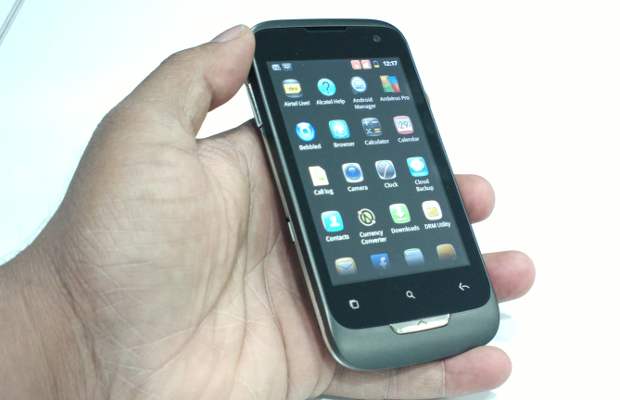 Idea 3G Aurus is available in the market for Rs 7,190 or maybe less. Video calling may be pushed around with the phone, but we recommend using third party applications like Skype over WiFi networks if you wish to keep data usage under control. This smartphone is best for those people on a limited budget who do not fancy any of the superficial features of powerful smartphones.