The Mivi Duopods F50 are the latest TWS from the brand that doesn’t burn a big hole in your pocket. Is it big on performance though? 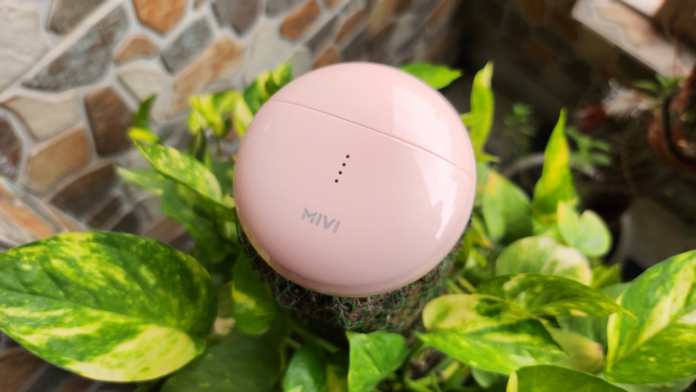 A bunch of low-cost TWS earbuds are being launched every month in India and local players have had a big role to play in the growth of this segment. One such player is Mivi who recently launched the Duopods F50 in India at a price of Rs 999 and at this price, let’s see what we can expect from the brand to offer.

The design of the Duopods F50 stays ordinary where the buds sit inside a cobble-shaped case. Everything is made of plastic with the Duopods F50 and the case has a flimsy cover which can stay open on its own, but the creaking noise does not instill confidence for rough use. Then there are four LEDs stacked vertically on the front showing you how much juice is left in the case.

There’s a USB-C port at the bottom of the case for charging it. Considering the price of the TWS, I would say this is much better than some of the earbuds we have tested in the same price range. As for the buds, they don’t have rubber tips and I am not a fan of the plastic ones because they never really fit in properly in my ear. The same was the case with the Duopods F50 as they even came out of my ear a few times.

Also, the buds with plastic tips are never really able to create a proper seal in my ear because of which a lot of background noise hampered the listening experience. There’s also an LED on the buds that glows red & blue to show the pairing status.

Now, talking about the audio quality of the Duopods F50, it relies on 13mm drivers. Equipped with Bluetooth 5.1, the device has a range of 10 meters. The Duopods F50 sounds pretty average. While there’s very little bass, the lyrics are clear for the most part but the mid-range frequencies always overpower. They do get very loud, but the overall experience, as I said, wasn’t impressive.

The battery life of the Duopods F50 is impressive, though, as they are claimed to last 50 hours with the case. The case can charge the earbuds around five times before you have to charge the case again and we were able to replicate it for the most part.

Load more
Mivi Duopods F50 ReviewThe Mivi Duopods F50 look good but audio quality could have been better. However, if you are buying them for the convenience factor, the Duopods F50 are the decent ones out of the lot.