Microsoft Lumia 532 Dual SIM Review: Could have been better

There are plenty of grey areas in the Lumia 532 Dual SIM that overshadows its pros. 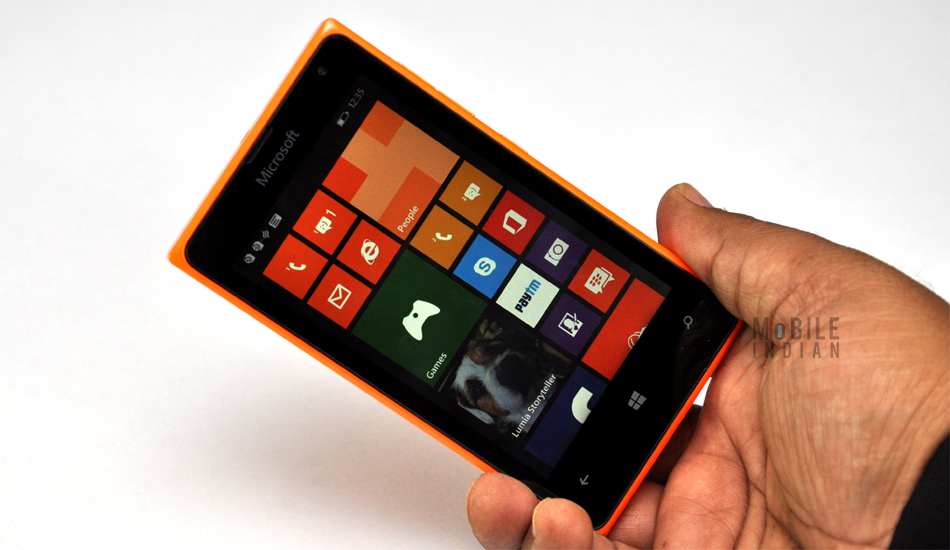 We used the phone for close to a month and here is our findings.

The Microsoft Lumia 532 is simply bulky and may not impress others with its looks. But it is definitely quite sturdy. If you want to have something slim and something "sexy", you might want to give it a pass. However, at the same time, people who hate slim phones which are often slippery and very hard to grip would love the Lumia 532. Owing to its bulky design, it fits the palm quite well. The plastic back panel is better than what I have seen in other smartphones so far. 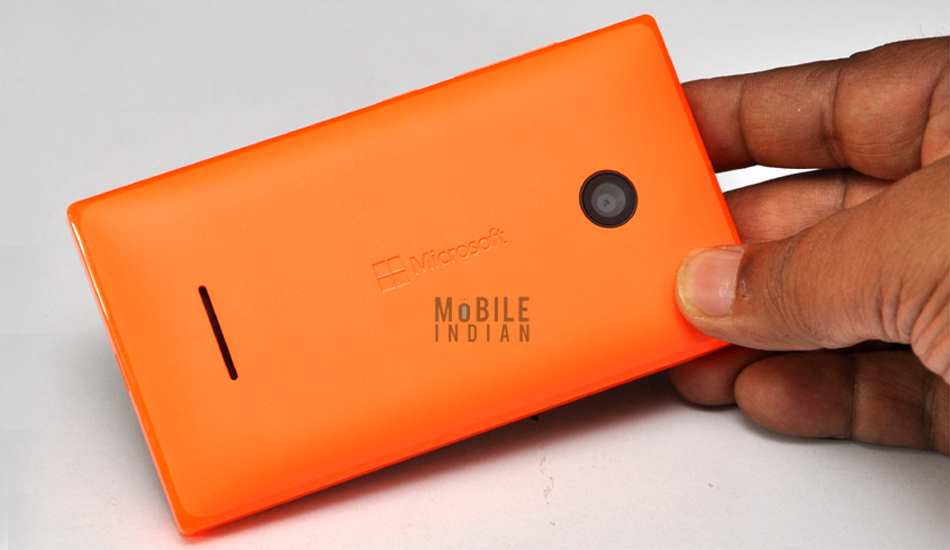 The back panel is removable;but it is tricky and you must read the instructions first how to open it (you must open it from the top and there is no groove to do the same. Hopefully, Microsoft would refine the removal technique in its upcoming devices as this one is very tricky. 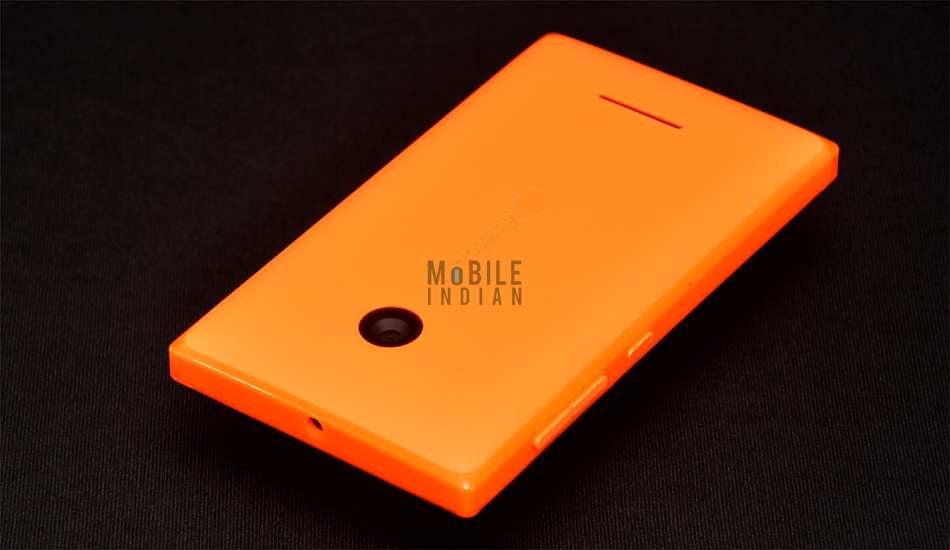 Also the power button and the volume rockers, which are located on the right hand side, are part of the plastic back cover itself. This mechanism in one way is good as unlike in devices where buttons are extensions of the main frame, there is less space for dust to get in to the system. However, such buttons are susceptible to damage if pressed with tremendous pressure or sometimes after long usage. In our case, the power button had to be adjusted once to make it work (I had to open the panel to do so) but it worked fine throughout the review process after that. 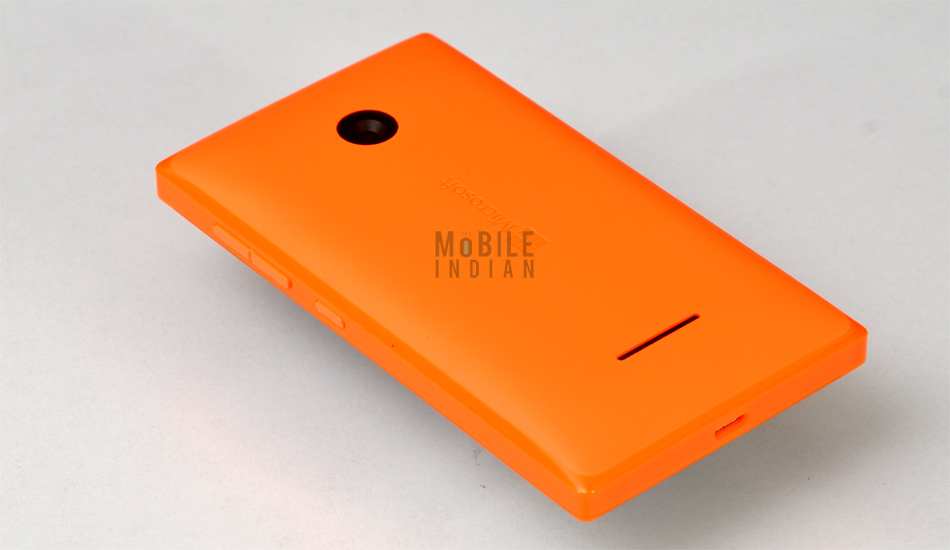 The Microsoft Lumia 532 comes in four colours - orange, green, black, and white. I would advise you to personally see the colours before purchasing. If you don't like bright colours, you should avoid the orange and green colours.

The Microsoft Lumia 532 has a 4 inch display with 480x800 pixels resolution. Thus, the display offers 233 ppi pixel density. On the other hand, its competitors like Xolo Win and Micromax Canvas Win not only have bigger displays but they also have high definition resolution. 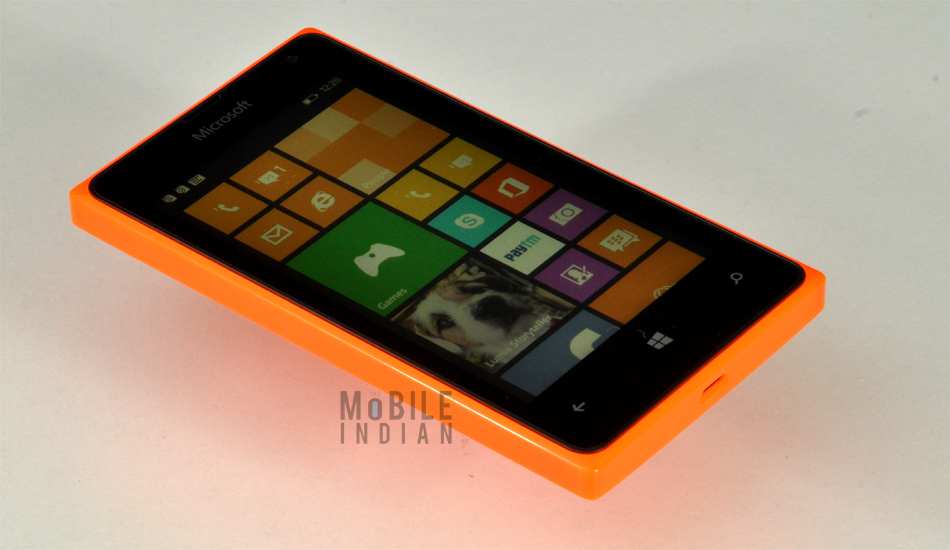 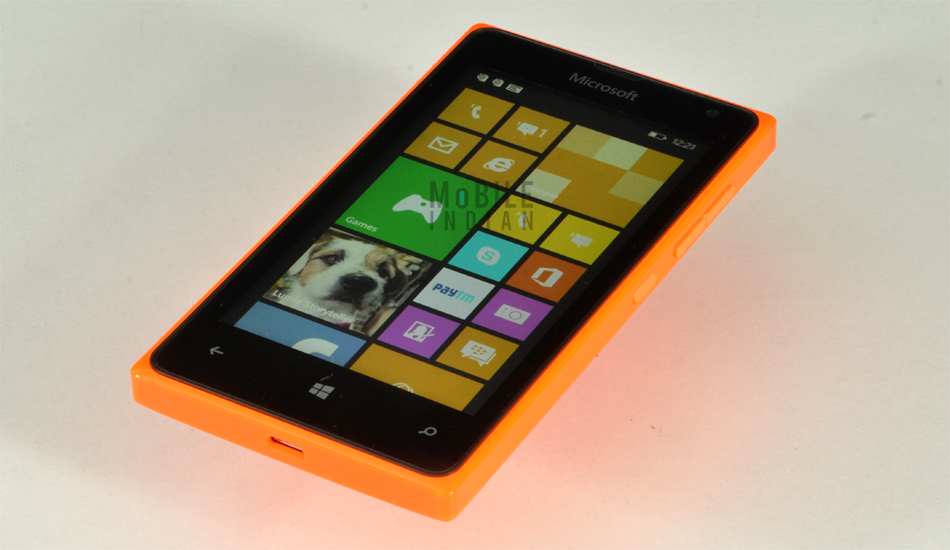 The display of Lumia 532 is quite to read in bright sunlight. The touch response is though quite good. Infact, despite having a small display screen, typing was much easier, that itself shows how good is the display. To be honest, I find typing on this phone much better than what I had felt in almost all handsets under Rs 10,000, irrespective of the screen size.

Battery back up is one of the best aspects of the Microsoft Lumia 532. With its 1560 mAh battery, the phone gives really long back up. With medium usage, I always ended up getting more than a day's back up. 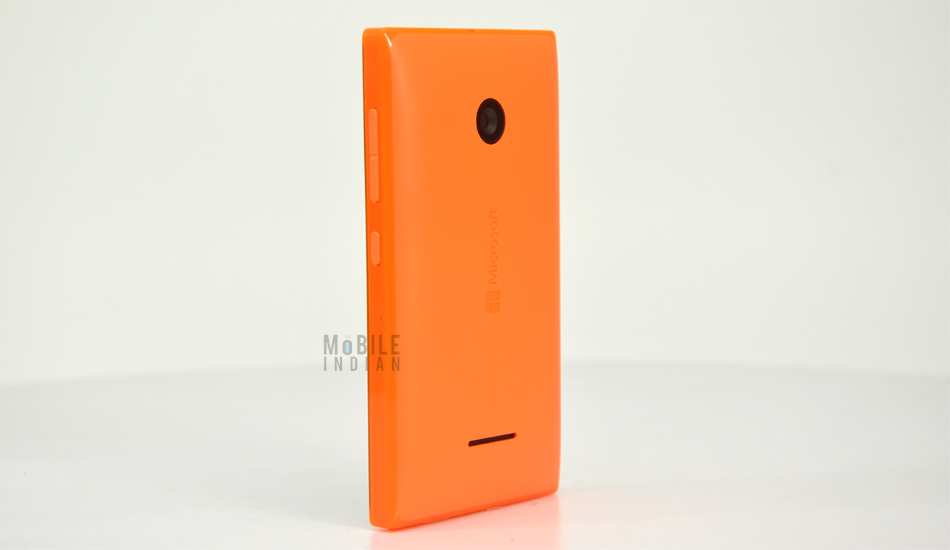 The 1 GB RAM and 1.2 GHz Snapdragon 200 quad core processor though isn't enough for heavy games like GT Racing 2, while playing which there were lots of hiccups. In normal day to day tasks like browsing, boot up, and normal apps, the phone faces no such issues and the CPU runs easily the Windows Phone 8.1 operating system.

Another highlight of Lumia 532 is its volume levels; it's really high. Infact, you cannot keep the volume at high levels while using a headset. 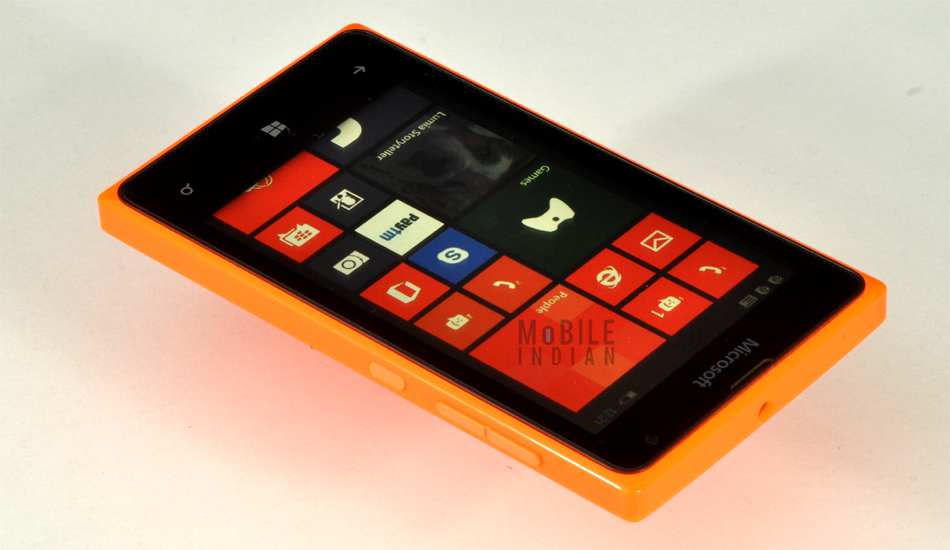 Connectivity wise it is decent with dual SIM (micro SIM), Bluetooth 4.0, WiFi with hotspot feature, and micro USB port. It has a 3.5 mm jack and FM radio for entertainment. There is GPS with A-GPS and GLONASS for navigation.

The Lumia 532 dual SIM has a 5 megapixel rear camera and a VGA front camera. There are no LED flash lights either for the front or the rear camera. Moreover, the cameras are of fixed focus in nature and hence macro photography (from close quarters) is out of the question. 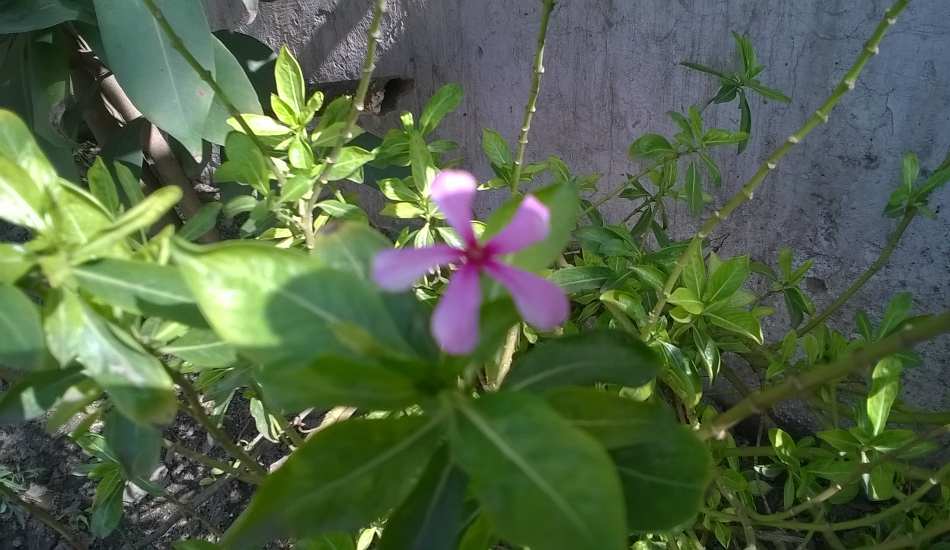 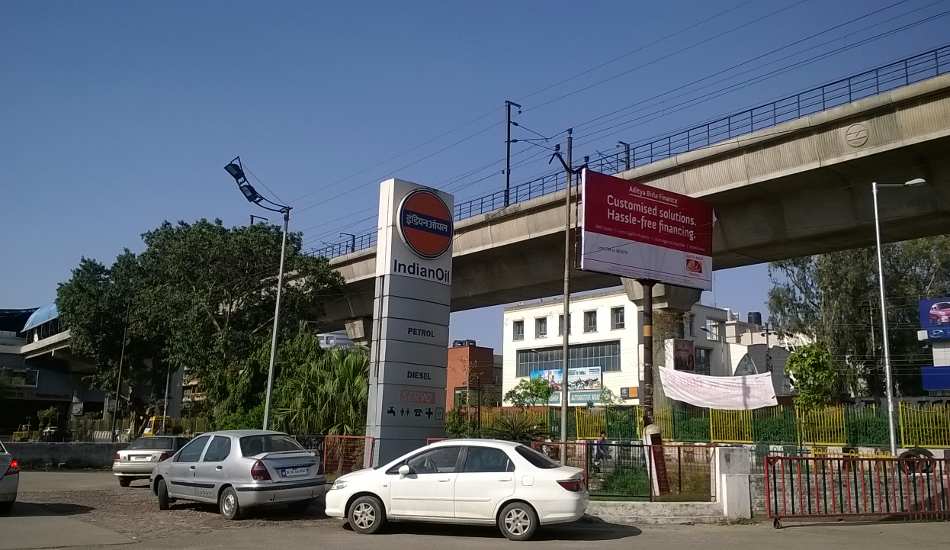 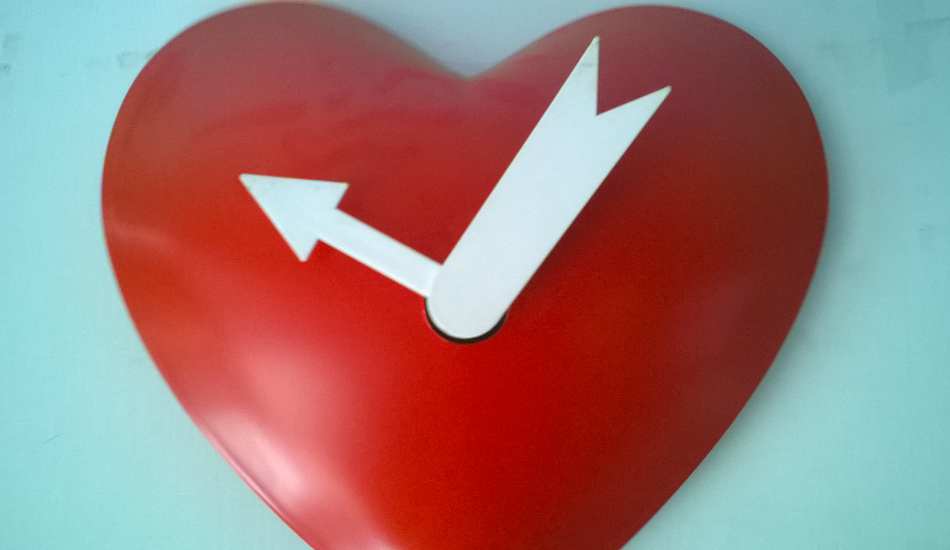 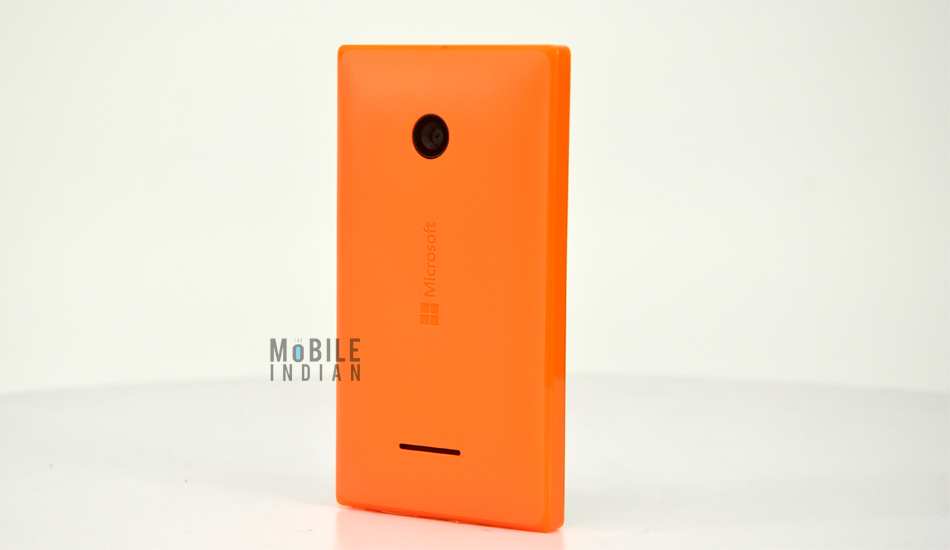 However, the rear camera offers plenty of detail and captures colours nicely. The camera app is also quite fast. Below are the pictures that we have clicked using its rear camera.

Design wise, the Microsoft Lumia 532 is lot different and in some sense better than its competitors. So if you are bored with look-alike Android phones, this will please your eyes. However, its processing power and fixed focus cameras negate its positives. Sadly, Microsoft's other offerings in the same price bracket isn't any good. So either take it or opt for Android phones.