Will it be able to stand against the competition and mark a new beginning for the homegrown brand?

Micromax has marked its debut in the online segment with the launch of a new series known as Evok. The company has launched Evok Note and Evok Power for starter and are priced at Rs 9,499 and Rs 6,999 respectively. Both the smartphones are exclusively available on Flipkart. Although, Evok Power will have less competition considering its price point, but it is Evok Note, which has entered at a price segment which faces a neck-on-neck competition with some dominate players including Xiaomi, Lenovo and Coolpad. So will it be able to stand against the competition and mark a new beginning for the homegrown brand? Let’s find out.

Micromax has tried to give a distinct look to this one. The smartphone comes with a brushed metal finish at the back, which surely gives it a premium look, though the front looks too similar to other smartphones present in the market. Further, the back has a gentle curve, which makes it easier to hold and use, a welcome addition indeed. The front is dominated by a 5.5-inch screen, sporting has some slim side bezels and the 2.5D curved glass, which adds some more brownie point to the phone’s aesthesis. The navigation buttons are on-screen and there is a fingerprint sensor at the base, which also acts as a home button. 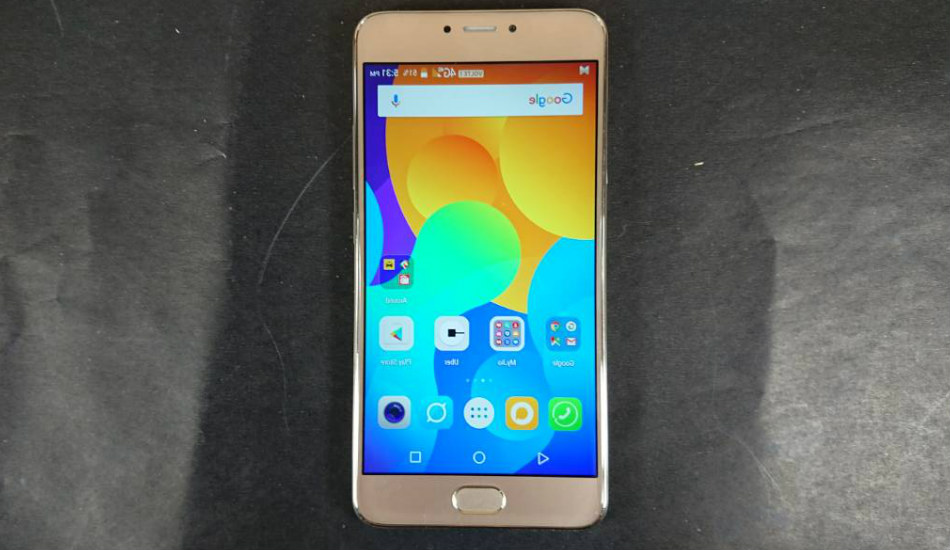 At the top you will see, secondary camera, earpiece and the usual array of sensors aligned perfectly. At the right, there are volume controls and power on/off buttons, while the left houses the hybrid dual-SIM slot, which means one can either use two SIMs at a time or one SIM and one microSD card.

At the back resides the primary camera, which is flushed into back panel along with a LED flash, while at the base there is company’s logo. The bottom of the device houses a microUSB port flanked between two speaker grille.

The major highlight of the smartphone is the large battery backup of 4000mAh. During our testing period, we got close to 1.5 days to 2 days of battery backup under normal usage, which included usage of 4G for streaming, downloading, browsing and playing some games at regular interval of time. 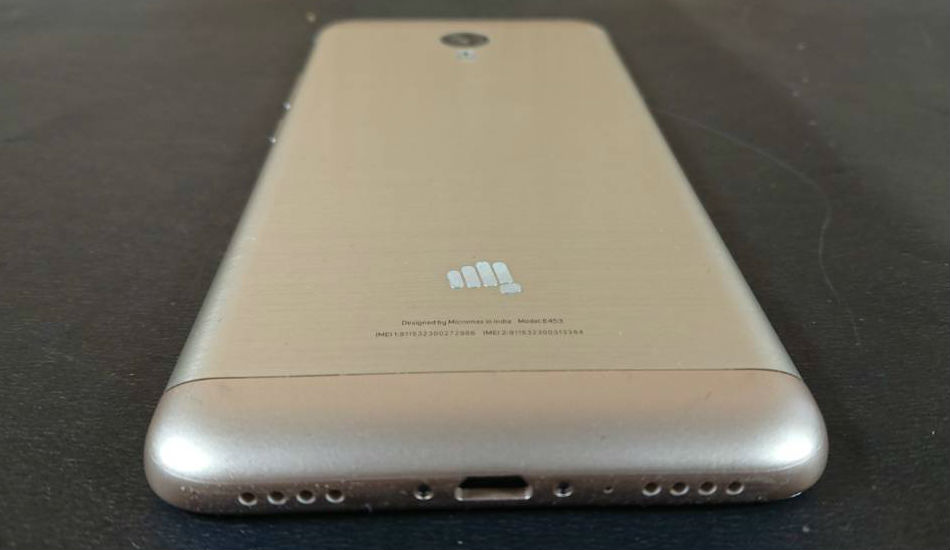 Another interesting thing about the phone is the Full HD display. The device does have some viewing angles and colours are true to its sources. We played different videos on YouTube and on other streaming apps and the result was satisfactory.

Micromax Evok Note boasts some interesting specs as well. To start with, Micromax Evok Note is powered by an octa-core MediaTek MT6753 processor along with 3GB of RAM and 32GB of internal storage, which can be further expanded up to 64GB via microSD card slot. The device handles most of the daily tasks quite effectively, which out much of a trouble.

We also liked the fact that the smartphone has borrowed some security features from Micromax Dual 5. Like Dual 5, this one also boasts a Secure Vault, which basically allows you to secure your photos and videos as well as set up app lock, which can be only opened with your fingerprint. A neat addition, indeed! Then there is Around U, which is your one-stop destination for booking a cab, finding nearest restaurants, shopping, booking hotel and more. All you need to do is swipe right from the home screen and you will see a list of curated content ranging from latest IPL updates to nearest restaurants and cabs.

The Micromax Evok Note runs on a dated Android 6.0 Marshmallow with company’s own UI running on top of it. Though the UI is close to stock Android experience, but it is in a dire need of optimisation. To start with, you will see a heck of pre-loaded apps, which certainly is a mood spoiler. Although, one can delete some of them, but it definitely takes a toll on the RAM and storage as you get more apps running in the background. At the end of the day, this plays a pivotal rolein spoiling the overall performance of the device. 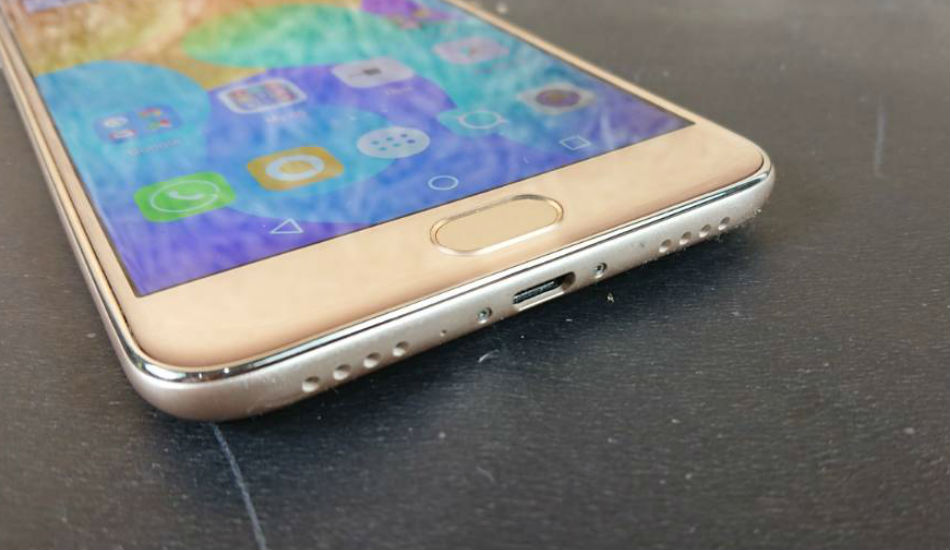 Further, there were numerous incidents during our testing period, where we encountered app crashes and the app load was way too long as compared to other devices. This is particularly noticeable when you are updating the apps to the newest version from the Google Play Store. Another bizarre thing we encountered was while connecting the phone with AUX cable and when we tried to play some videos on YouTube while churning out the volume to the fullest, it stopped playing. We tried this few times, but the result was same. Other than this, whenever we clear all the background apps from the recent button, the phone freezes minutely, which can be an eyesore.

Coming to the performance, the device is seriously not meant for heavy use. We tried opening several applications at the same time in order to check the multitasking and the result was underwhelming. The moment we tried to switch between the different apps, the phone showed some signs of choke.

On the gaming front, the performance came out to be a mixed bag. Although it fairly handled casual gaming like Temple Run 2, Angry Birds and Danger Dash, but when it came to graphic-intense games like Asphalt 8: Airborne, Hitman Sniper and Warhammer 40,000: Freeblade, we countered many lags and frame drops during our testing period. The fingerprint sensor is particularly slow and sometimes it gave up to unlock the smartphone on multiple occasions. 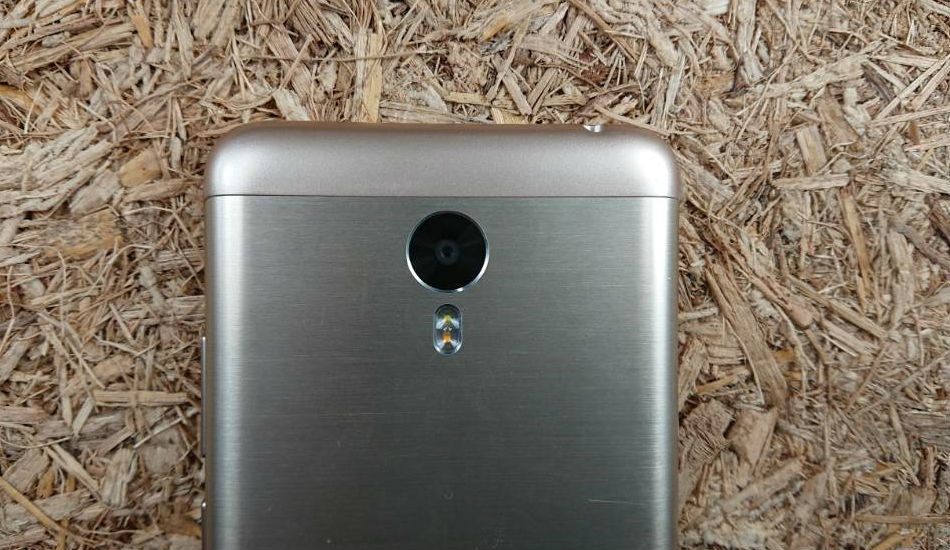 The camera performance is sluggish as well. The device takes a noticeable amount of time while processing the images, which is not a good thing. Photos taken under low light conditions were noisy and lacked detailing. This was also reflected in daylight condition. Though it took some good photos under well-lit conditions but detailing was particularly missing.

To sum up, it is high time for Micromax to look on the software part of its smartphones. The half-baked UI has spoiled the overall performance of the device. The phone can be considered as an underperformer when compared to the likes of Xiaomi Redmi Note 4, Lenovo K6 Power and Coolpad Note 5, which gives you superior performance as compared to this one.