The device has some interesting features like an SOS button, latest Android Nougat and more, but will it enough to create a breathing space for the device in this highly competitive segment?

LG has today refreshed its budget-centric K series with the launch of K10 (2017) smartphone in India. The device comes with a price tag of Rs 13,990 and will be available from offline and online channels in coming days. The device has some interesting features like an SOS button, latest Android Nougat and more, but will it enough to create a breathing space for the device in this highly competitive segment? We spend some time with the device and here is our first impression of the LG K10 2017. 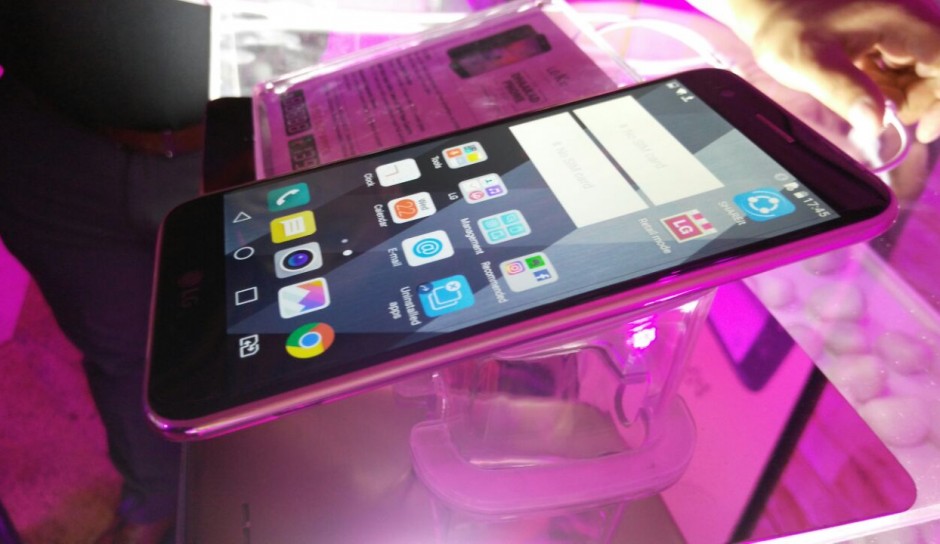 Starting with the design part, the device comes with a compact form factor. The back panel comes with an ergonomic design, which makes it comfortable to hold. The phone has a plastic build and you have a textured finish at the back, which surely gives a distinct look, but it is somewhat similar to what we have seen in Yu Yunicorn. The plastic doesn’t feel cheap, although, considering the price point where every other manufacturer is coming with a metal unibody, the company has gone plastic-y way, which be a turn off for some. But it is surely lightweight with just 142 grammes and is slim with 7.9mm thickness.

Giving a quick overview, there is a 5.2-inch screen at the front with on-screen navigation buttons at the base, while at the top there is a front-facing camera coupled with an earpiece. The right is blank, while on the left there are volume controls. At the back, there is a primary camera along with a LED flash and just beneath it sits a fingerprint sensor, which also acts like a home button, similar to the one present in the LG G5. The back is removable, you will find a removable battery coupled with dual-SIM slots. At the bottom, you will find a 3.5mm audio jack coupled with a micro USB port and speaker grille, while at the top there is a microphone. Overall, if you ask us, the device is sleek and lightweight, but all thanks to a lot more premium design offered by other players, the phone seems to belittle when compared to the likes of Honor 6X, Xiaomi Redmi Note 4 and Coolpad Cool 1.

Coming to display department, the smartphone comes with a 5.3-inch HD display with a screen resolution of 1280 x 720 pixels. At a time when the Full HD display is coming a standard as this price range, the company is stuck with a lower resolution display. Although it might help in prolonging battery life, but when it is seriously an underdog when compared to other players. But still, during our initial testing, we found out that it has some good viewing angles, though colours seem to be a bit on the warmer side. 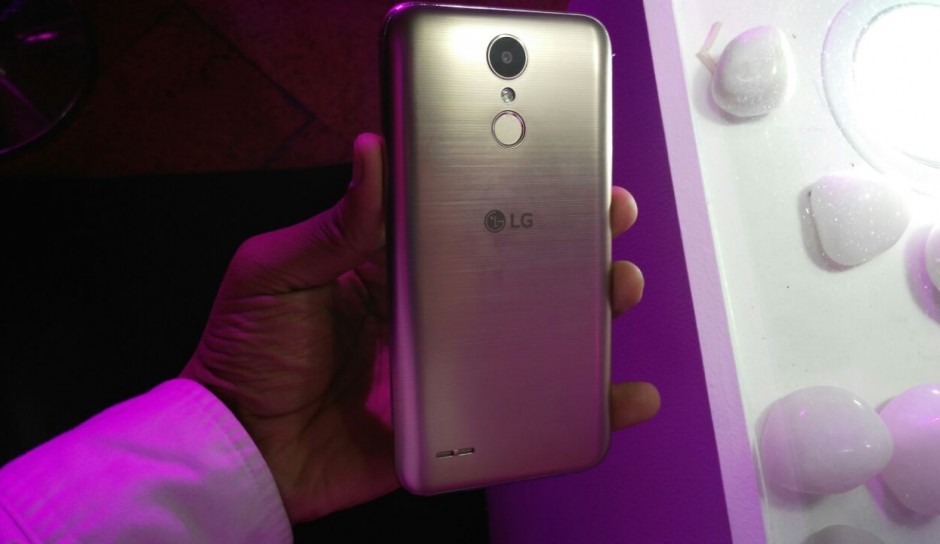 The LG K10 2017 is powered by an octa-core MediaTek MT6750 processor clocked at 1.5GHz along with 2GB of RAM and 16GB of internal storage. However, it would be interesting to see how the device will perform during our testing period, but seeing the specification it can be considered as an underdog in terms of processor and RAM it uses. We have seen some amazing devices like the Redmi Note 4 and Huawei Honor 6X which offers superior specs sheet and performance at this price point.

However, it has one advantage over its competitors. The device comes with an Android 7.0 Nougat pre-installed with company’s UI running on top of it. During our brief testing period, we found out that the device is smooth to use and it would be interesting to see who well it performs during our testing period. 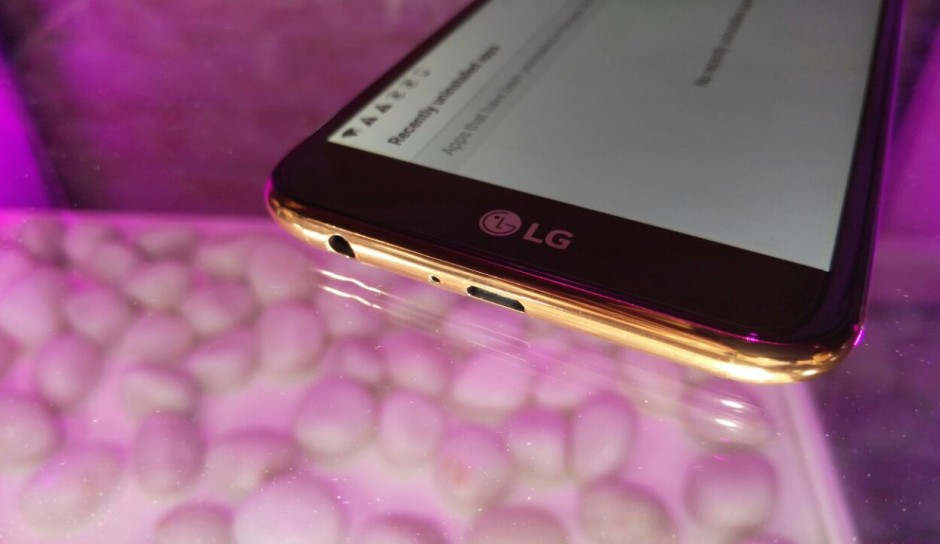 Coming to the camera department, the LG K10 2017 sports a 13-megapixel rear camera with aperture f/2.2 autofocus along with a LED flash. On the front, there is a 5-megapixel shooter with 120-degree angle selfie lens. During our brief testing period, the performance of the camera was above average, as it was able to handle glares effectively, but the detailing was not up to the mark. However, we suggest you hold your horse and wait for our detailed camera test before making a final judgment about the device. 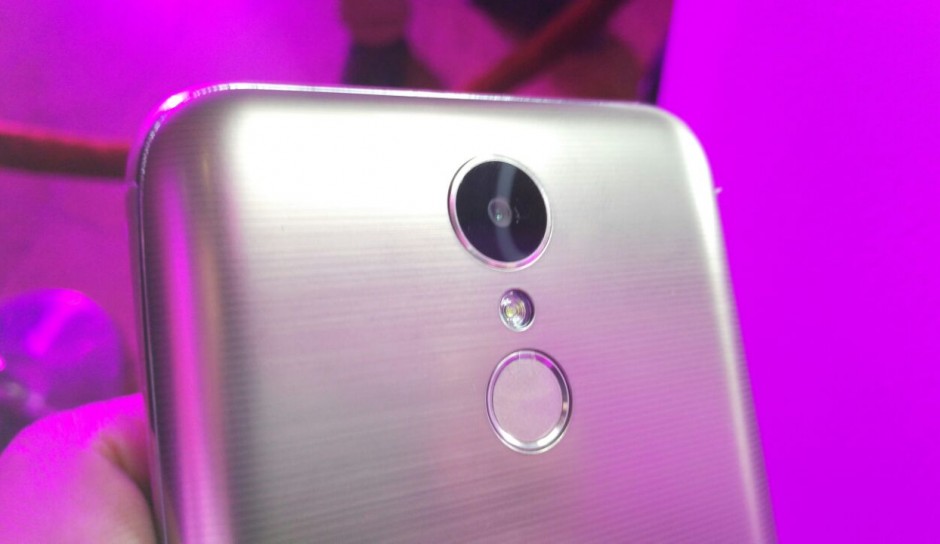 The smartphone is juiced up removable 2,800mAh battery and on the connectivity front, the device support 4G LTE, Wi-Fi 802.11, Bluetooth 4.2, USB 2.0, NFC, OTG and dual SIM. Overall, it would be interesting to see the battery performance of the device and whether it will be able to last a full day or not.

To conclude, the LG K10 2017 has a compact and sleek design coupled with some above average display and has an advantage of running on Android 7.0 Nougat. However, looking at the sheer specs sheet, the device falls flat when compared to the likes of Xiaomi Redmi Note 4, Coolpad Cool 1, Honor 6X, which offers superior performance, coupled with some premium design language.