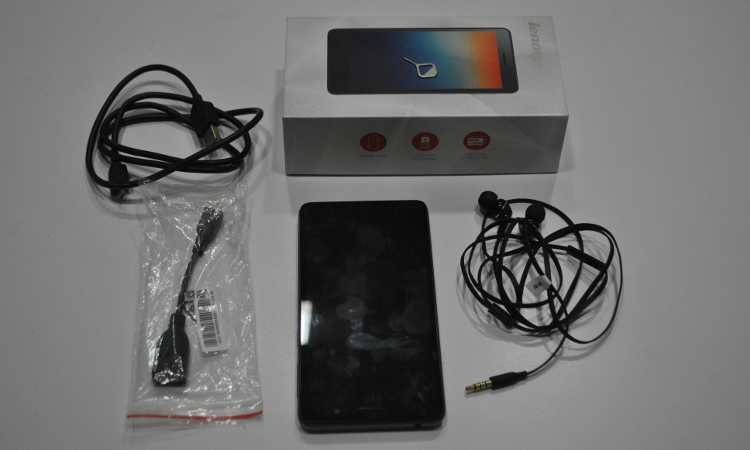 The stylish Lenovo S860 offers great battery back up for uninterrupted smartphone experience for a long time.

Lenovo has a range of Android based smartphones in its S Series including the Lenovo S860 which was announced at the Mobile World Congress 2014 in February this year and was subsequently launched in India towards the April end. 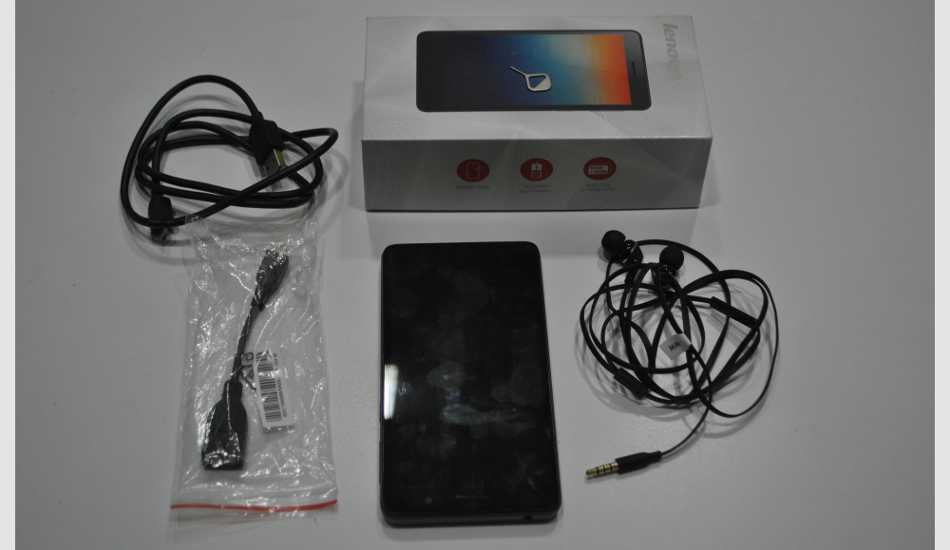 Priced at Rs 21,500, the Lenovo S860 competes against many other popular devices such as Samsung Galaxy Grand 2, Motorola Moto X, Micromax Canvas Knight, and so on. Here is our detailed analysis of the Lenovo S860 smartphone.

Lenovo brings the S series of smartphone labelling them as the devices with style and substance (hardware). The new S860 appears to be a sturdy device and offers unibody chassis design. Offered in Titanium colour option, Lenovo S860 features a metallic unibody chassis with brushed aluminum look. In the front, the S860 has a glass surface with a thin bezel. 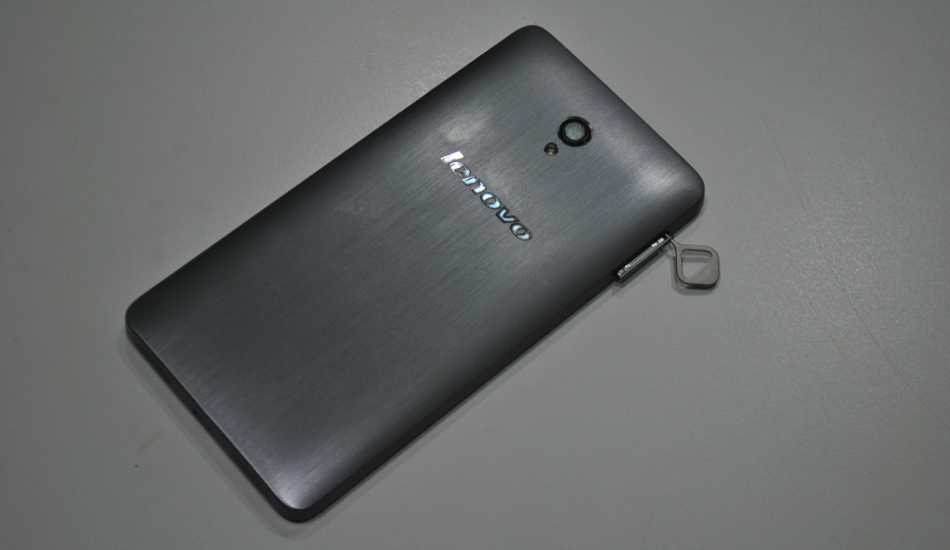 Its metallic unibody frame certainly makes it resistant to fingerprint and normal scratches. However, it will certainly retain the dents and scratches from sharp objects. The S860 certainly feels good in hand and offers premium feel. In the front are the three capacitive backlit Menu buttons which almost like non-existent in terms of visibility. On the left of the device is the dual-SIM tray which needs to be taken out with the SIM Ejector Tool bundled along. On the right side are the volume control button and the power key. At the bottom of the phone is the speaker mesh resembling to the one also found in the Apple iPhone 5S.

At the end of the day, Lenovo S860 does feel fairly premium in hand and offers decent grip too. However, it does feel a bit heavy at 190 grams.

Lenovo has loaded the S860 with a quad-core 1.3 GHz MediaTek MT6582 mobile chipset which is coupled with Mali-400MP2 GPU for graphics. This chipset is fairly common among the sub-Rs 20,000 devices. Lenovo has also added 2 GB RAM to make the system, user interface and apps run smoothly in the S860. 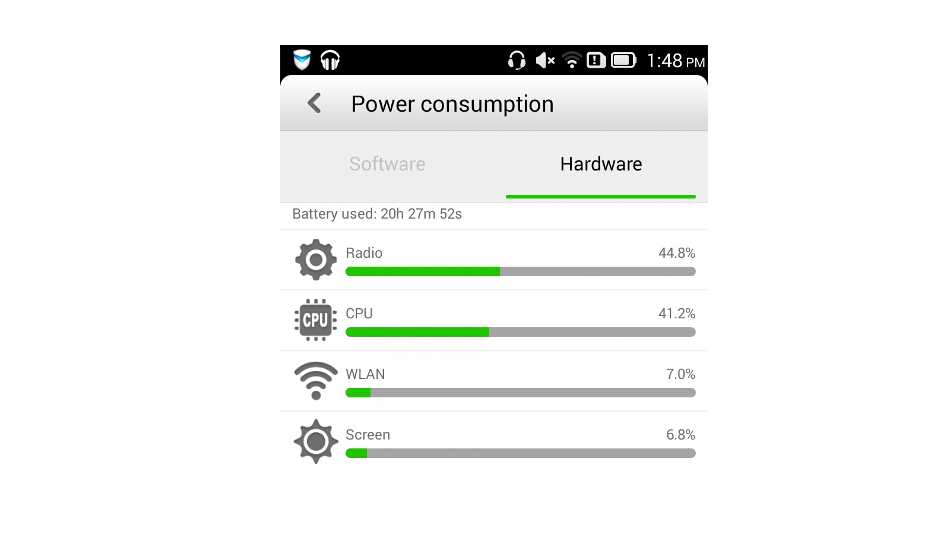 This smartphone features a 5.3-inch IPS LCD touchscreen display that offers great viewing angles and supports multi-touch for up to five fingers. The display supports 1280×720 pixel resolution and pushes pixel density of 277 pixels per inch which is on the lower side considering that recent devices in this price range come with full HD (1080p) resolution. 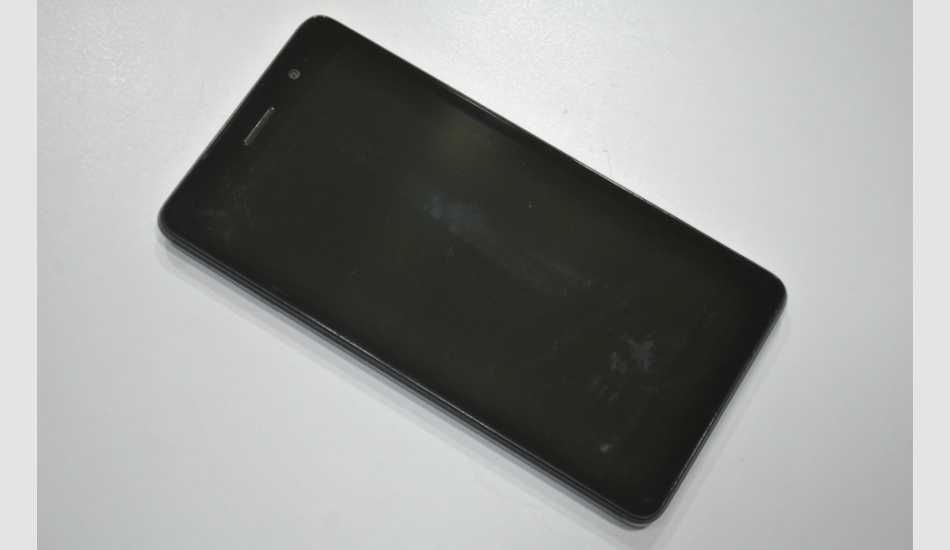 Lenovo S860 comes in dual-SIM configuration – two micro-SIM slots to be specific of which one supports 3G networks. For faster download, S860 offers WiFi 802.11 b/g/n and has WiFi Hotspot support as well. Lenovo has also armed it with Bluetooth 3.0 with A2DP support. Location based services will be aided by GPS with A-GPS. Lenovo has also added the proximity sensor and there is accelerometer to aid with the gaming apps in the S860.

The phone has a dedicated microphone for active noise cancellation. Lenovo has placed a micro USB 2.0 port and also placed the USB on-the-go cable in the total bundle. The retail box includes a charging adapter, micro USB to USB cable, headsets and quick start guide.

The Lenovo S860 offers 16 GB on-board storage but has no memory card slot. Surprisingly, there is no higher built-in storage offering model of S860. So you have to contend with the limited physical storage or have to rely on the cloud storage facilities offered by many such as Dropbox, Box.net, etc.

Though this smartphone was announced couple of months ago, it still ships with Android 4.2 Jelly Bean update with the Lenovo Launcher loaded on top of it. However, the Android 4.4.2 KitKat update has been released for the S860. The new Lenovo Launcher basically the same user interface as the Vibe series of smartphones. 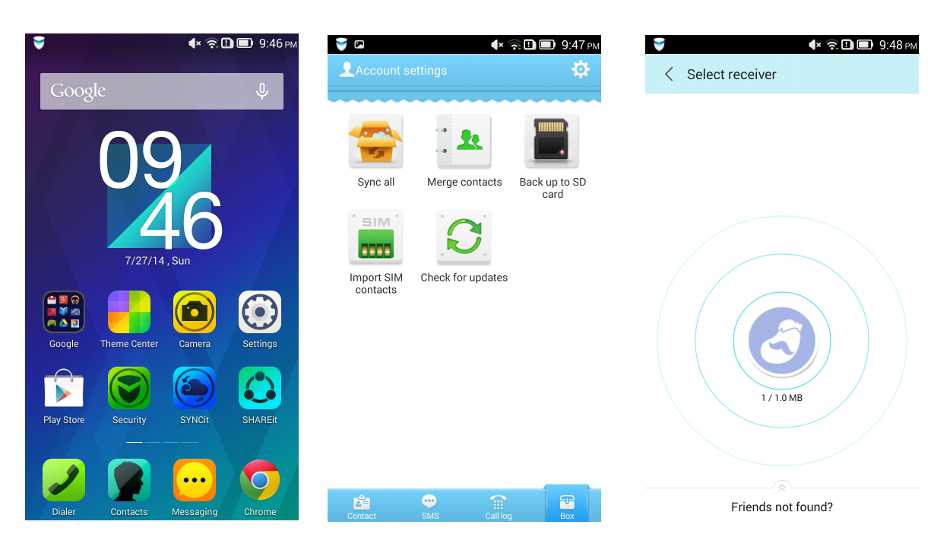 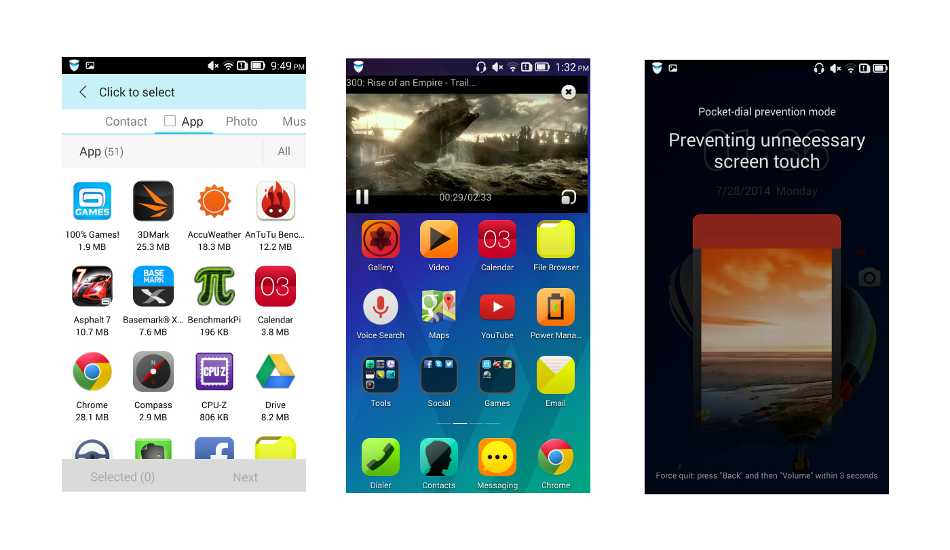 All the apps are distributed on the homescreen and there is no application drawer. In order to fit in several apps, one can always make folders for similar category of apps such as Social or Games. Of course, at any point of time one gets bored, then there are several third party launchers. The user interface is quite simple and resembles the one found in the Gionee Elife series of smartphones. The look and feel can be changed using the Theme Center. 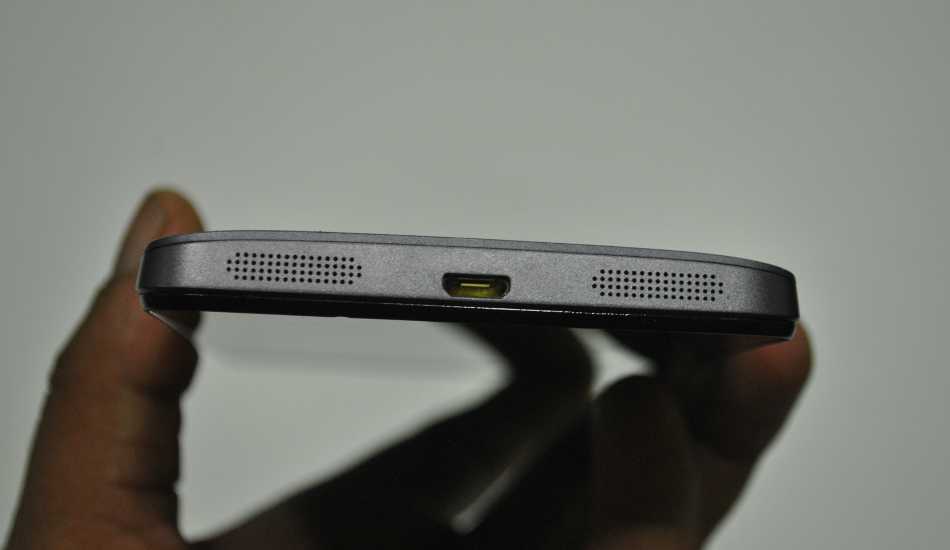 For those used to check the Battery Stats get the Power App to enjoy the Battery consumption based on software and hardware separately. Also, there are multiple controls to play around for getting maximum battery life. The anti-virus comes pre-loaded. Apart from that, the Lenovo offers multi-tasking option where in one has to scroll to check out the running apps. Also, the Cleaner has been integrated in the user interface that removes unwanted notifications at once and frees up some RAM. Themes are the only possible change of the custom skin apart from other important tweaks. Not to forget, Lenovo also armed it with the Premium DOit apps that are meant for sharing content, syncing the devices or taking a backup.

We found the Pocket Dial prevention mode quite useful to avoid random dialing while the phone is in the pocket. Ample options to activate or deactivate features are available in the Feature Settings in the Settings app. There is a default Video app but no native music application as the phone relies on Google Play Music. With changed icons and interface, the overall experience would only make the learning curve bit steeper for the consumers.

Lenovo S860 has an 8 megapixel camera at the back; an LED flash is located below that camera. The camera app has the usual run of the mill modes to enjoy imaging. We were certainly amazed by the results the 8 megapixel camera could produce. The resultant images captured showed superb colour reproduction and managed to retain the details in the images. 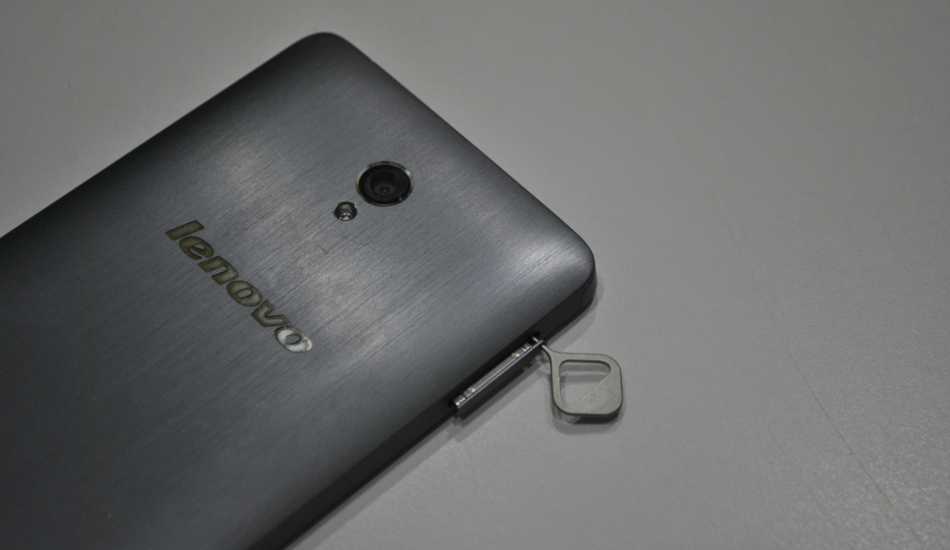 The only issue we faced was while focusing on the subjects; the camera takes its own sweet time for the same. We hope this gets fixed in next update. Even for video recording, the camera worked like a breeze along with the dedicated mic which cancelled out the ambient noise to a fair extent.

Certainly, the S860’s camera gives a tough competition to other smartphones available in the segment offering 10 MP to 13 MP image sensor.

Lenovo S860 has been packaged with decent hardware components. The benchmarks we ran did show some promising results for the graphics. Hence, we did enjoy gaming on the smartphone. The S860 managed to hit the score of 17,897 in AnTuTu Benchmark and managed to rank just below Samsung Galaxy S3 in quick comparison. However in the Vellamo’s Metal benchmark, the S860 scored 743 and managed to leapfrog the Galaxy S3. 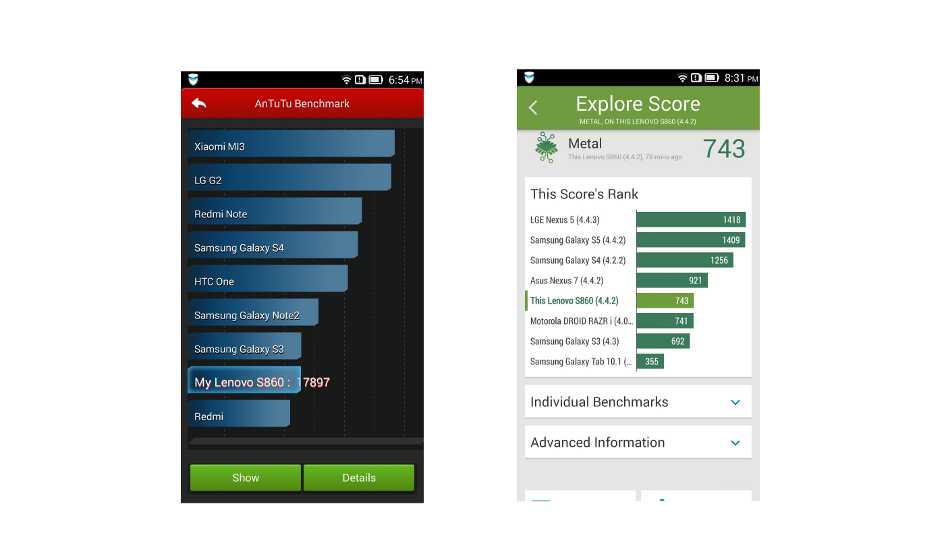 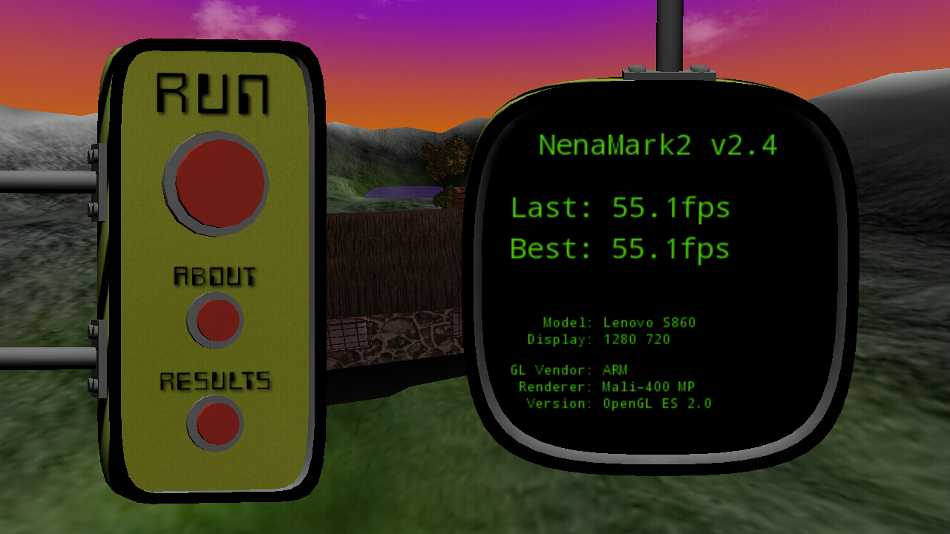 For the graphics, the S860 managed to run 55 frames per second with the Nenamark2 benchmark. The phone scored the 2861 in the Ice Storm Unlimited mode of the 3DMark benchmark which means it will just manage to run the modern graphics intensive games. Finally in the BasemarkX in High Quality mode, the smartphone scored 1690. 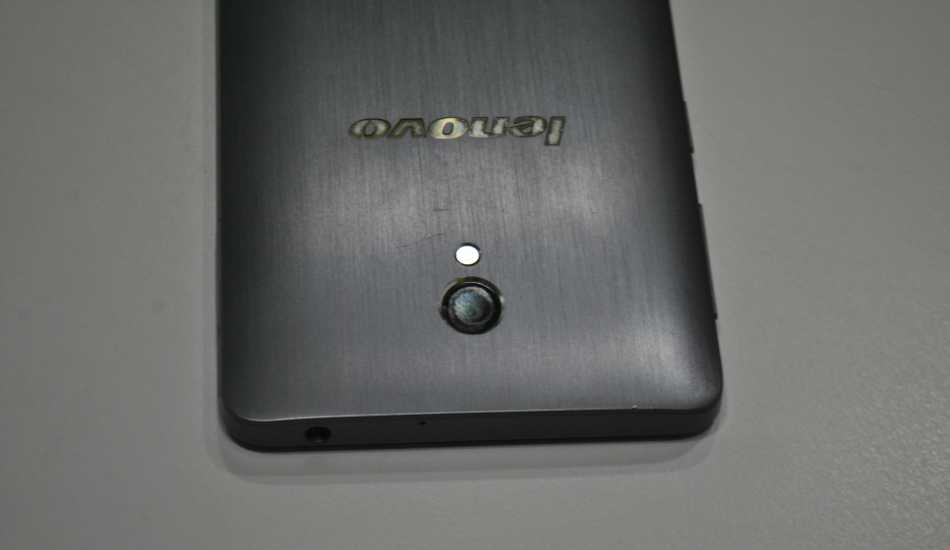 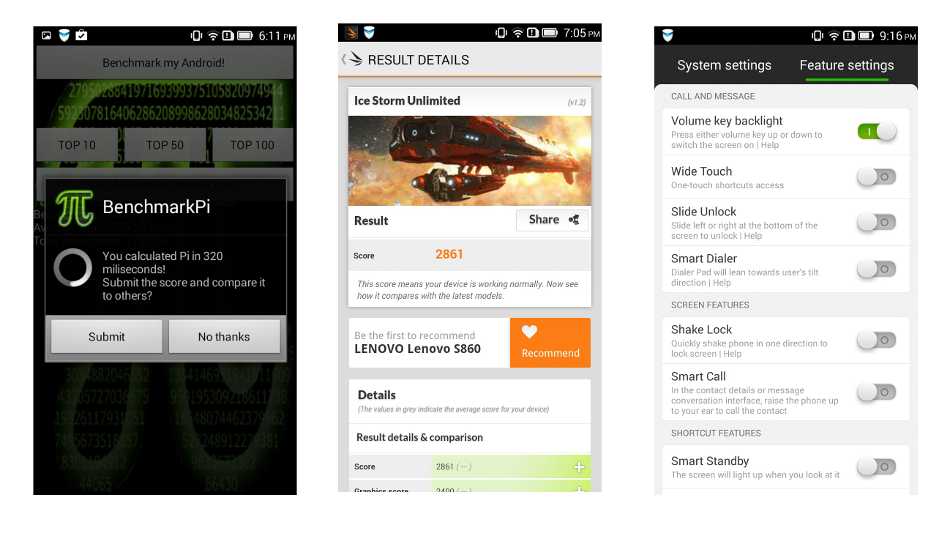 We faced some issue with the network but then realized that the network was patch due to rains. Other than that, the phone delivered clear voice quality for the calls. The full HD videos ran smoothly without any jars unless several apps were running in the background. 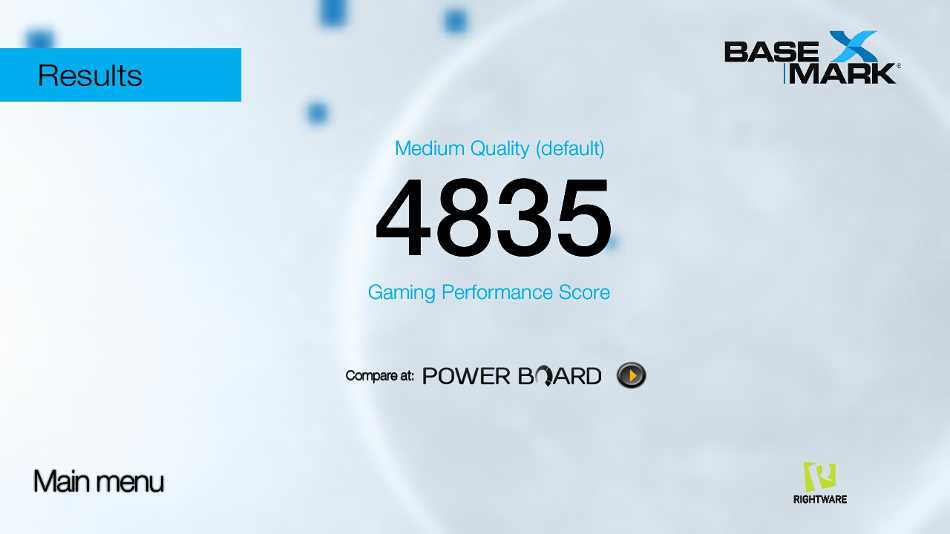 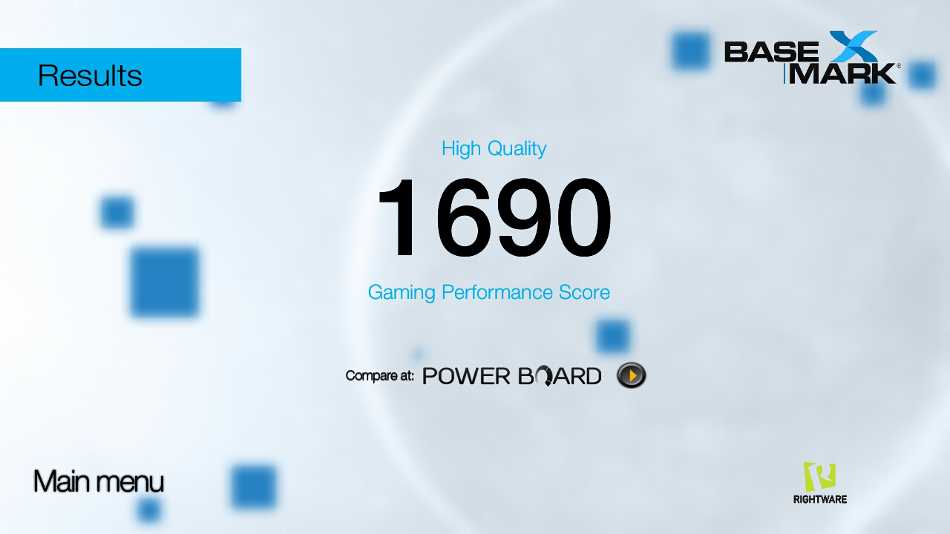 We found the user interface quite interesting and believe that many would be able to enjoy it. However, one would have spend decent amount of time to get accustomed with the user interface and the icons. Overall performance of the Lenovo S860 was just above average.

Lenovo has repeated its strategy to add massive battery in its smartphones. Just like the good old Lenovo P780, the S860 comes along with a 4000 mAh battery. Since the battery is non-removable, one has to deal with that. The massive battery ensures that the phone can go on and on for over a day. In fact, we managed to run the phone for two days and charged it on the third day. 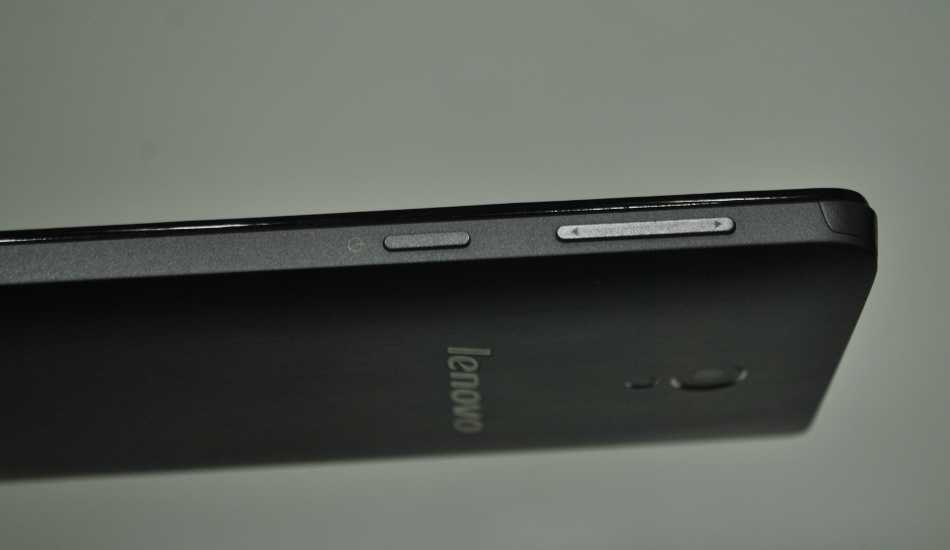 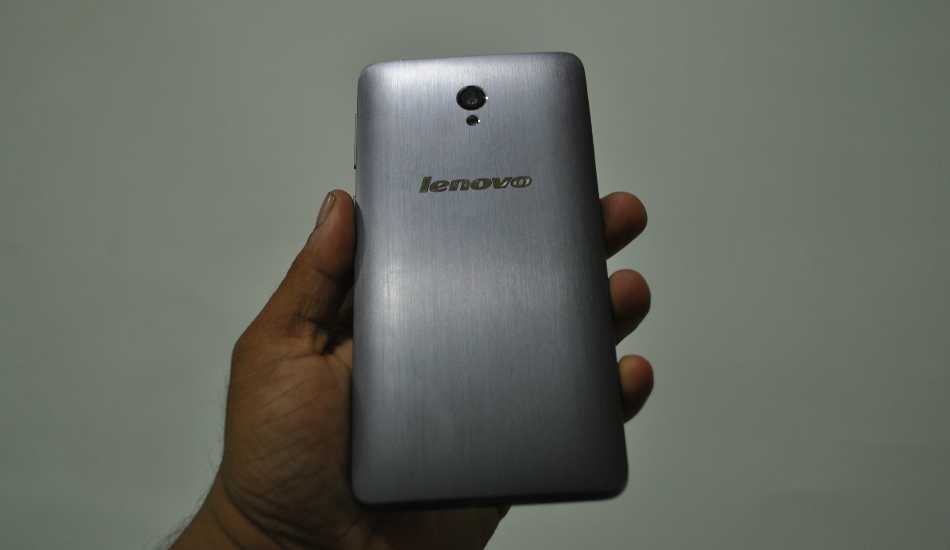 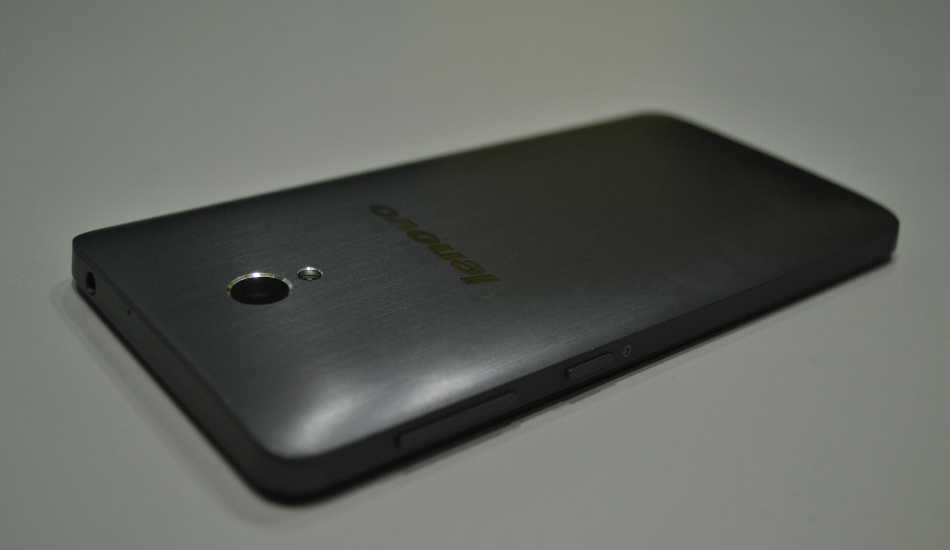 However, to be noted that the usage was very average – watching video for 20 mins roughly, music for an hour or more, couple of phone calls and texts, web browsing and using social networks through out. Being bit stingy on resources, the Location based services – one of the major battery hogs, were not turned on. Even on heavy usage, the phone can manage to run just about a day. Lenovo has done a tremendous job of squeezing one of the most important component inside and thus delivers amazing battery life.

Lenovo S860 was launched for Rs 21,500 but now can be purchased for Rs 19,000 approximately from handful of e-commerce portals online. One thing we would like to point out that Lenovo does not approve the warranty of the products purchased from all e-Commerce websites. So far, there is no clarity on which e-commerce websites are authorised dealers. So if you are considering to purchase this device, you better give a buzz to 1800-3000-9991 Toll Free number to check whether the retailer is authorised or not. The Lenovo S860 brings a metallic sturdiness along with awesome battery life to the table. While the user interface does need a facelift, it can be fixed using third party launchers and icon packs. If you are not one of the benchmark rank brags, the Lenovo S860 can easily impress you. However, take a look at the Lenovo S860's competition - Gionee Elife S5.5, Xiaomi Mi3, Micromax Canvas Knight A350 and Samsung Galaxy Grand 2. All these four smartphones have good enough reason(s) to trump the Lenovo S860 in terms of size, hardware and performance. Nonetheless, the Lenovo S860 still manages to walk a step ahead with the amazing battery life.