Lenovo A5 Review: Is it worth buying? 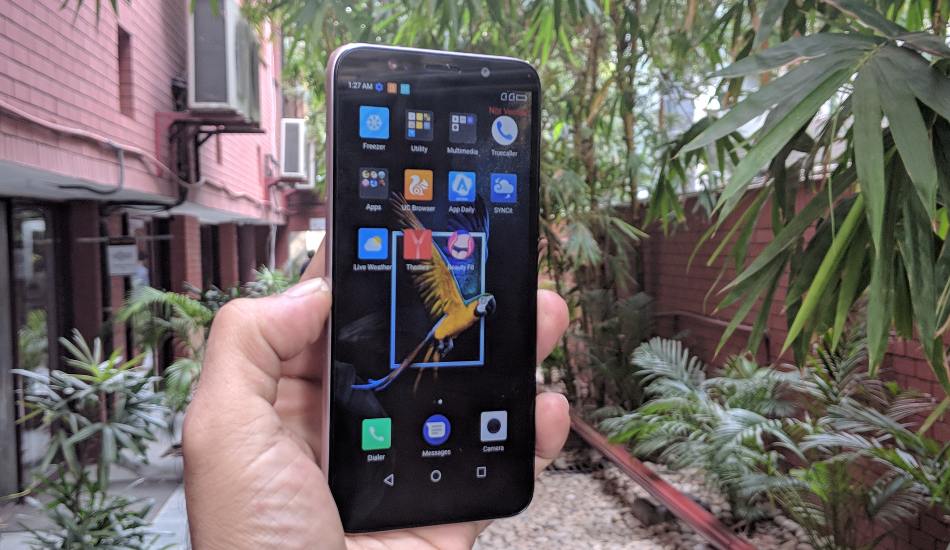 Will Lenovo A5 be enough to make a long-lasting impression on the customers and match the existing smartphones? Let’s find out.

Lenovo has recently launched its latest budget smartphone – Lenovo A5 in India. The smartphone is priced at Rs 5,999 for the 2GB variant while the 3GB variant will cost you Rs 6,999. The smartphone will be available exclusively on Flipkart starting November 1. The device comes in two colour options Black and Gold, both of which look pretty.

With this budget smartphone launch, the brand is trying to disrupt the budget segment which is already ruled by other popular smartphones like Reame C1 and Xiaomi Redmi 6A. But will it be enough to make a long-lasting impression on the customers and match the existing smartphones? Let’s find out. We have been using Lenovo A5 for some days now and this is what we think of it.

Starting with the design, Lenovo A5 comes with a plastic back and a metal frame which seems to be of decent build quality. There are round-edges on the phone and it comes with a curved back which makes the device comfortable to hold in hands. 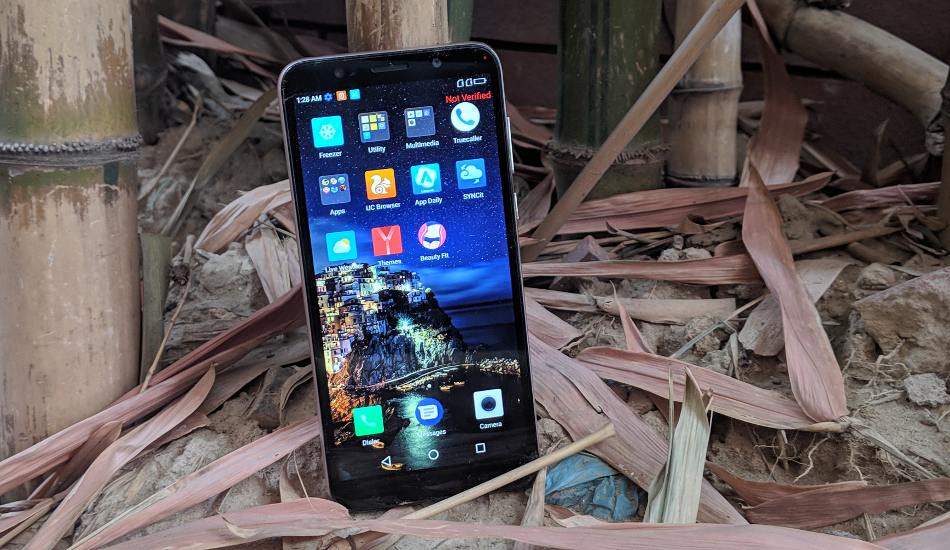 For the quick physical overview, at the top, there is a front camera along with an earpiece and usual array sensors, while at the base, there are onscreen buttons which are given on the front. On top, we have only a 3.5 mm headphone jack and nothing else, while on the bottom, there is a micro USB port and a secondary microphone for noise cancellation. On the right side, we have volume controls and power on/off button with ample space in between and on the left, we have a dual SIM slot.

The rear of the device features a single camera setup with LED flash. There is also a circular fingerprint sensor at the centre and at the base of the back panel, there is Lenovo branding as well. During our review, we found out that though the fingerprint sensor is accurate but is not very fast. It is a tad slow in unlocking the phone as it takes around 0.3 seconds to unlock the phone. 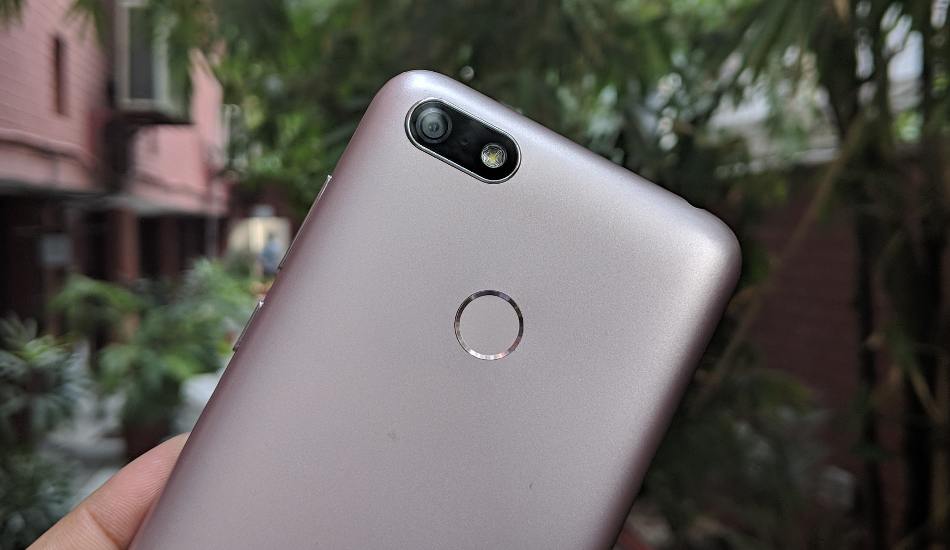 The phone also features face unlock feature which does not disappoint and we found is quite fast as compared to the fingerprint sensor. The phone gets unlocked quite fast on moving the face in front of the device. Overall, the smartphone in this price range was found to be of decent build quality. Due to not its so big display, the phone is easy to use with a single hand and one can feel comfortable while using it due to its compact design. But the device is not meant for those who love watching movies and videos on a large screen. The phone is very light weighed as it weighs just 160 grams.

Talking about the display details, the phone features a 5.45-inch HD+ IPS LCD display with 720 x 1440 pixels resolution. The A5 sports the trending full-screen display with 18:9 aspect ratio. During our testing period, we found out that the display looks compact and the colours look good considering this price point but with an average outdoor visibility. In outdoors, screen visibility is average and readability in bright sunlight can be an issue for some. The viewing angles are also average and there can be some colour variation when you tilt the display. The touch response, on the other hand, is fairly smooth.

On the hardware front, the Lenovo A5 is powered by a 1.3GHz quad-core MediaTek MT6739 processor coupled with 2GB/3GB of RAM. There is 16GB/32GB internal storage and offers a microSD card of up to 256GB. The chipset used here is entry-level and so is the device. For normal usage, the performance of the device is quite satisfactory. When it comes to multi-tasking and it handles most of the daily tasks like surfing, streaming, social media etc. quite effectively and without many instances of lag. We were able to perform basic multi-tasking between apps smoothly and the device did not show any signs of stutters. On clicking, the apps were launched smoothly within around 1-2 seconds. 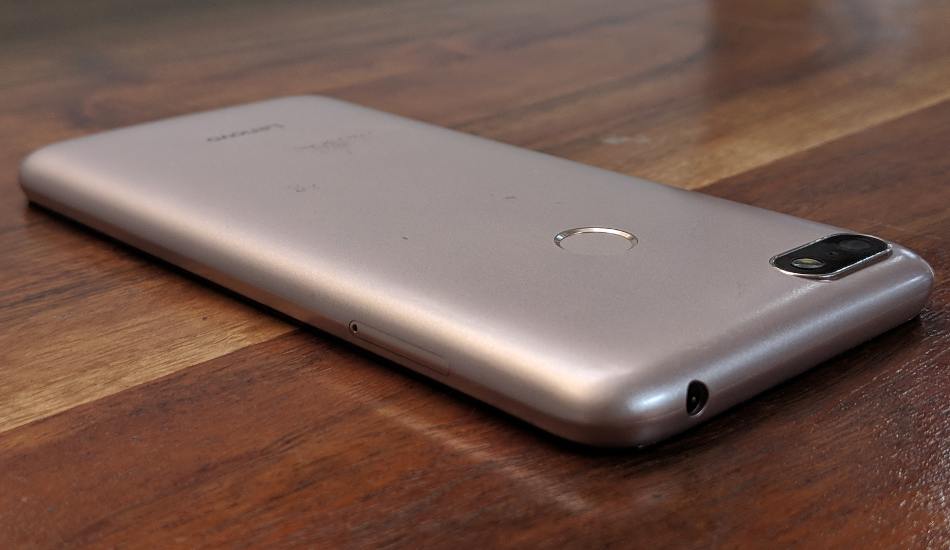 In our testing, we can say that the device handles lighter games pretty well but it hangs and gives minor heating issues when playing heavier games. We were able to play basic games like Candy Crush Friends, Subway Surfers and Temple Run 2 with ease. The MediaTek quad-core processor is good for normal usage but it is not recommended for heavy gamers, so the Lenovo A5 may not be the best option for those users. The day-to-day operations are just fine and you will face not much problem using it as we didn’t face any slowdown. Other smartphones competing in this price range have more or less the same hardware, so there’s nothing distinctive here. Further, during our testing period, the device does get a bit warm during long usage.

Under the software section, the smartphone comes loaded with Android 8.1 Oreo out of the box with the company’s own custom interface ZUI 3.9 on top. The device comes with the set of preloaded apps like UC Browser, Truecaller, Beauty Fit and several games apps like Asphalt Nitro, Bubble Bash 3, a host of Google apps and more.

The user interface does not feature app drawer and all apps are right on the home screen. The software we feel is quite clean with some limited bloatware, the UI is fast and easy to use. We faced no issue while using the device as the transitions were smooth and there was no noticeable lag.

Swiping left from home screen will open Google Assistant page. A swipe from above will open the notification tray and some shortcuts. When you open press the Recent Menu button, you see all the apps and you can drag an app above to enter into the multi-screen mode.

Lenovo A5 features a single 13-megapixel rear sensor with LED flash, f/2.2 aperture that captures sharp and detailed photographs while the front shooter features an 8-megapixel camera for selfies and video calling with f/2.2 aperture. Being an only single rear shooter, the setup is quite a pretty standard in Lenovo A5 and there’s nothing much to expect from a budget camera like this. The rear camera support video up to 1080p while the front camera support video up to 720p.

The camera has various modes like autofocus, geo-tagging, touch focus, face detection and panorama. The camera performance of the Lenovo A5 is just average in outdoor natural condition as well as indoors. Although the smartphone was able to focus pretty fast, the detailing in the photos was not up to the mark in few cases. The phone takes some good macro shots, which is a good thing. 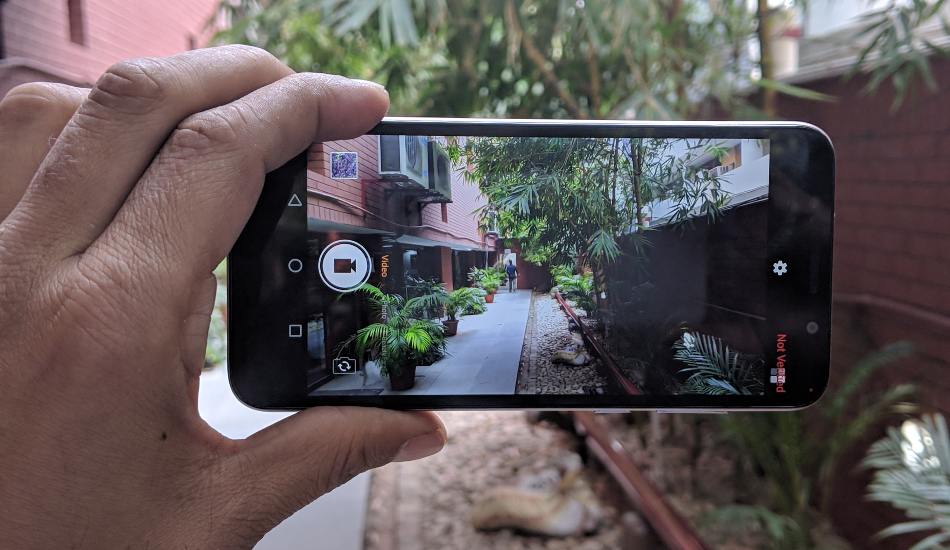 The rear camera also comes with bokeh effect which results in a shot coming good too adding additional blur to the background. The phone was able to take decent photos capturing some good detailed shots in proper lighting conditions but the same can not be said for low-light pictures.

Talking more about the low light conditions, the device performance was above average. However, if LED flash support is taken while clicking pictures they look better. But without any good lighting source, the pictures get a bit grainy. The front-facing camera does a decent job in the good lighting conditions and selfie flash works fine under low-light.

In short, the camera UI is pretty basic and you will find all the prominent settings. You can check out its camera test here and decide for yourself. 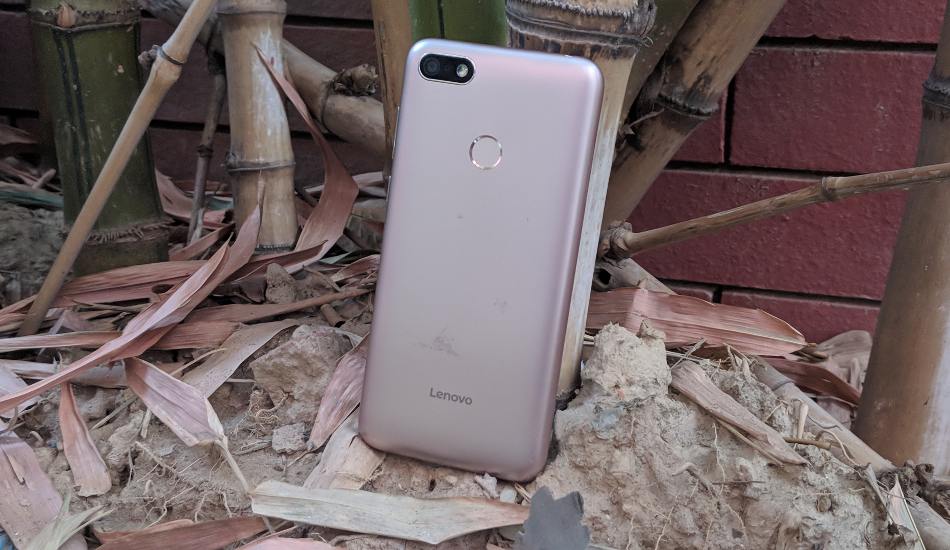 The Lenovo A5 gets its power from a huge 4000mAh battery but it comes without any fast charging support. The battery easily makes through the day on a single charge under normal usage which includes music streaming, surfing the net, using social media, chatting on WhatsApp and taking calls. Depending on the user’s usage, the phone could last an average of one and a half days. However, charging is quite slow. The device takes around three to four hours to charge from zero to 100 percent.

To conclude, the Lenovo A5 comes with an impressive compact form factor, good display, average camera, Android 8.1 Oreo and decent battery life. However, the smartphone does not bring anything new to the table and it lacks in performance too with an old chipset. So, if you are planning to buy a new standard designed budget smartphone with decent specs, then this can be considered as an option. At this price point, the phone faces a stiff competition with the Xiaomi Redmi 6A, Realme C1, Infinix Smart 2, and Yu Ace.