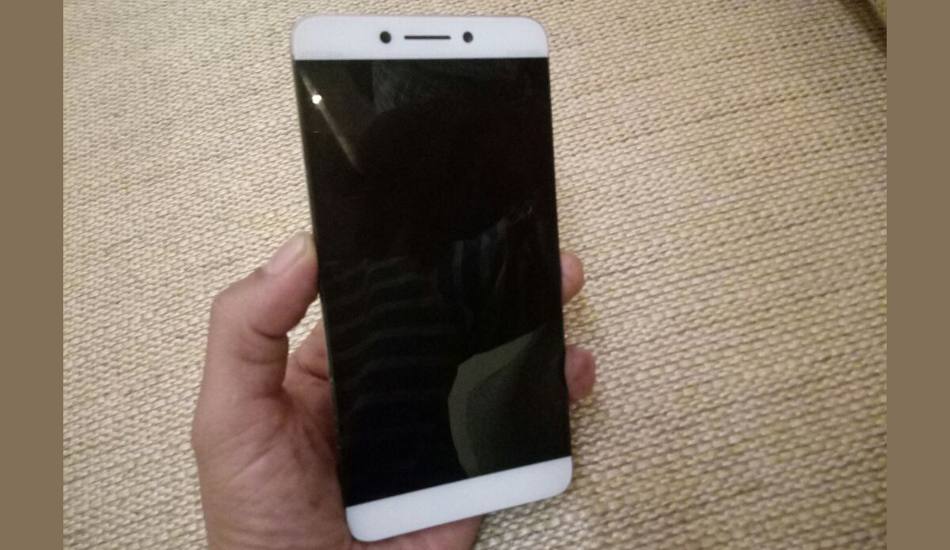 Le Max 2 was announced for the Indian market some time back. It is currently available from both Flipkart and Le Mall. The Le Max 2 comes in 4 GB and 6 GB RAM models which are priced at Rs 22,999 and Rs 29,999 respectively. At present only the 4 GB model is available in India.

The Le Max 2 certainly packs a punch and widely applauded for its features. To start with, the Le Max 2 comes with a huge 5.7-inch touchscreen with superb Quad HD resolution. It is powered by the 2.15 GHz Snapdragon 820 quad-core processor and 4/6 GB RAM. It has 64GB internal storage. The smartphone too runs on Android 6.0 Marshmallow operating system and has a 3,100 mAh battery with Quick Charge 3.0 support.

There is a 21-megapixel shooter in the back panel of Le Max 2 along with a dual-tone LED flashlight. For selfies, it comes with an 8-megapixel front camera. Further, the smartphone offers Dual-SIM slots, 4G LTE with VoLTE, WiFi, Bluetooth 4.1, GPS/A-GPS, USB Type-C port, and a fingerprint sensor on the back. The Le Max 2 comes in Rose Gold and Grey colour options.

If you love phablets, then you will certainly like the Le Max 2. It is big but not unmanageable or heavy. The phone has a metal unibody and feels quite tough. There are very thin bezels on its right and left-hand side, giving an impression that the phone has no bezel and it looks really sexy. The back panel too looks gorgeous with a big camera unit, mirror finished fingerprint sensor and two black threads that break the monotony. Also, LeEco’s logo is perhaps the best logo that has a style statement of its own. The sharp laser cut edges, in silver colour, also adds to its glamour.

So is it tough also?

Well, the Le Max 2 feels quite tough in its metal body. I dropped it once or twice (though unintentionally) from a height of around one meter but there wasn’t any dent on its body nor it behaved oddly after that.

However, the display has no protective glass protection and it did get a lot of scratches during the review. So I would urge you to use some screen guard or a tempered glass on its display. Resolution wise though I had no complaint thanks to its Quad HD (2560×1440 pixels) resolution and high brightness. The display is also quite responsive and offers really great colour output.

The Le Max 2 has a 21-megapixel rear camera that has optical image stabilisation, F2.0 aperture and phase detection autofocus features. So is it good as it seems?

Well, it is a good camera phone but I would not call the best in the segment.

The 21 MP rear camera can capture Quad HD videos as well as slow motion HD videos in 120 fps. There was no issue with resolution or colour reproduction but it has issues in focusing on close objects. Otherwise, the phone has no issues in capturing decent pictures either in low light or in bright daylight.

The front 8-megapixel camera, which has an F2.2 aperture, also suffers from focusing issue but offers good colour output and detailing.

Here are three more pictures which were clicked through the rear camera in 16 MP resolution. You can check out more sample pictures of Le Max 2 here.

The Le Max 2 has the 64 bit Snapdragon 820 processor which is the best processor of Qualcomm at the time being. For graphics, the phone has the powerful Adreno 530 GPU. Note that the 4 GB RAM model of Le Max 2 is currently available in India at Rs 22,999. While another model of the phone has 6 GB RAM and is priced at Rs 29,999. We have got the 6 GB RAM version of the phone (LeEco has not revealed when it is launching this model in India).

The 6 GB version which I was reviewing, expectedly offered the best performance I could have imagined. In fact, the device never had to use more than 4 GB of RAM, no matter how many apps I had opened in the background. Note that I had three mail accounts syncing in the background apart from Whatsapp, Facebook. So in my view, 6 GB is sort of overkill for any smartphone at present if they are running on a high-end processor like Snapdragon 820. So in my opinion 4, GB version of Le Max 2 would be a better value for money device and it would offer an equally smooth operation.

I have read many reviewers praising the Le Max 2 for its battery life. To recall it has a 3100 mAh Li-Polymer battery and a USB Type-C port with Quick Charge 2.0 technology. But I was initially apprehensive of its battery back up as it has a huge 5.7-inch display with QHD resolution.

But the phone during our review managed to offer a battery backup of 5-6 hours on intensive usage that involved surfing on WiFi and continuous camera usage for most of that duration. Also, do not forget that I had three emails and Whatsapp running in the background all the time. On normal usage with two active SIM cards, active WiFi, it managed to stay for 10-12 hours.

The Le Max 2 does not have FM radio – a big omission in my view. Also, the phone has no 3.5 mm jack, instead the USB Type-C port has been tweaked to be used as the audio port. Thankfully, the phone comes with a free CDLA earphone which is perhaps the best headset I have come across in mid-range and budget phones till now. But the problem is that you cannot charge and listen to audio files at the same time in Le Max 2.

Other than that I faced no issued in Le Max 2 vis a vis calling, internet connectivity or navigation.

If you have a budget of Rs 20,000 to Rs 25,000, then Le Max 2 should be on your list for sure. The 4 GB RAM version offers the most bang for the bucks. However, I wouldn't say the same for the 6 GB RAM model which seems like overkill.