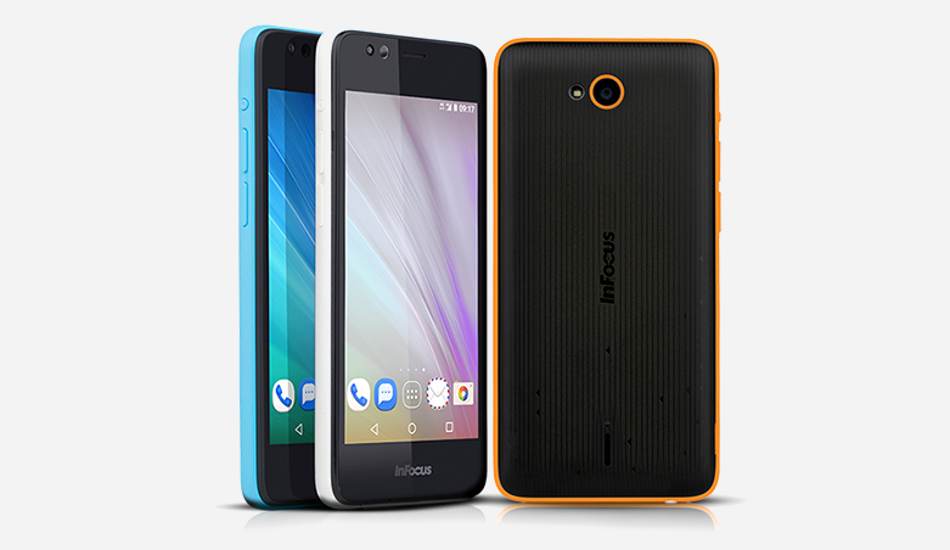 Apart from looks and camera, the InFocus Bingo 21 impresses in all other areas. 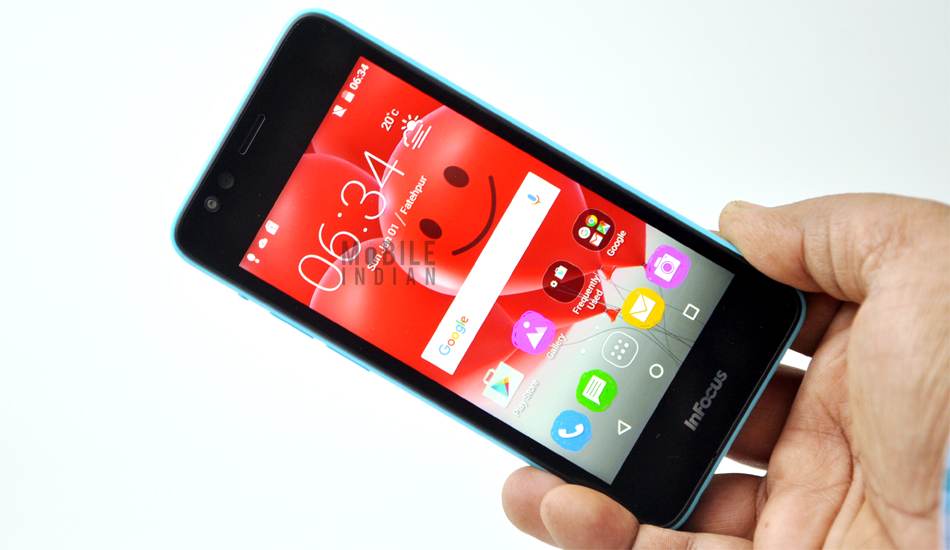 It offers an 8 megapixel rear camera with F/2.2 aperture, autofocus and LED flash. For selfies, it comes with a 5 megapixel front camera. The Bingo 21 comes with an 8 GB in-built storage which can be expanded to upto 64GB through a micro SD card. It has a 2,300 mAh battery. 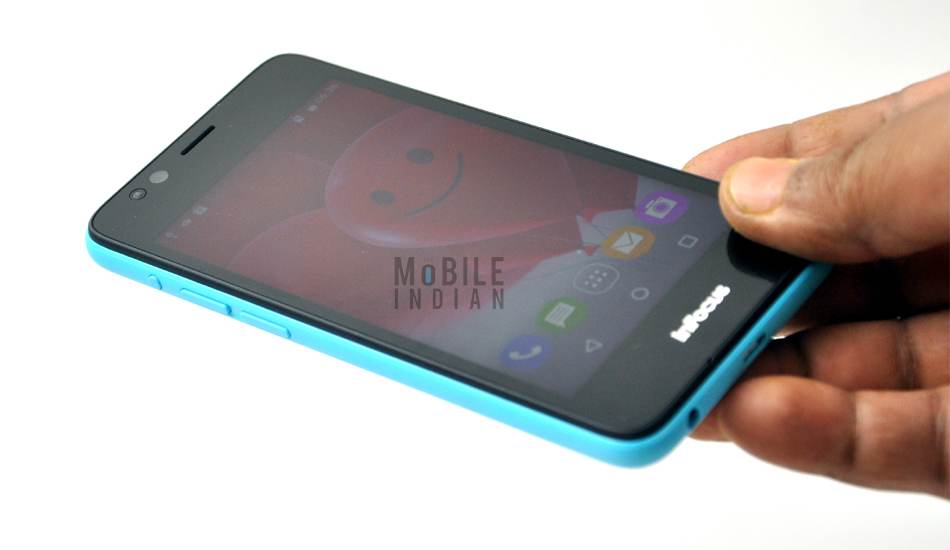 InFocus Bingo 21 will appeal to those who want to have a colourful smartphone. Unlike its rivals who are being offering in regular black and white colours, the Bingo 21 is available in White, Blue and Orange colours. 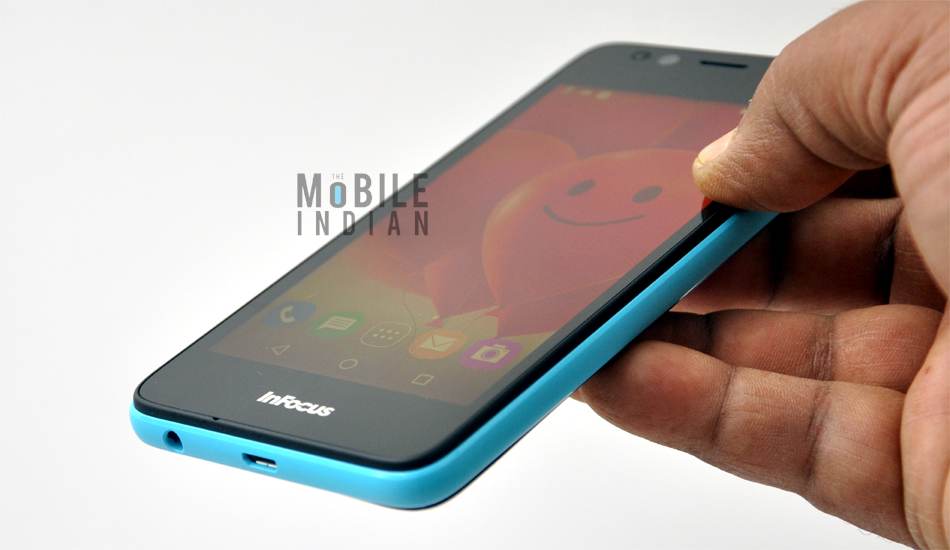 The phone is quite thick (10.95 mm) but is quite compact which was expected from a device with a 4.5 inch display. The back panel comes with a textured finish and offers great grip. Even if you have sweaty palms, you can use it comfortably. 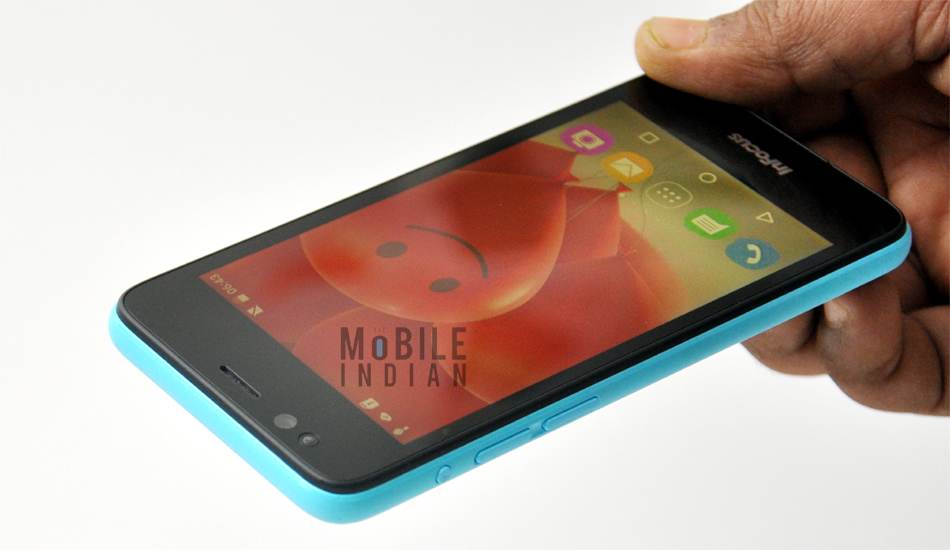 The phone though feels quite sturdy. Underneath the back panel lies the removable 2300 mAh battery, two SIM card slots and a micro SD card slot.

The InFocus Bingo 21’s 4.5 inch display has 854×480 pixels resolution. The resolution is just sufficient but it would have been much better if it had HD resolution as many of its competitors. Many of my colleagues also felt that the display’s touch response a bit on the lower side. 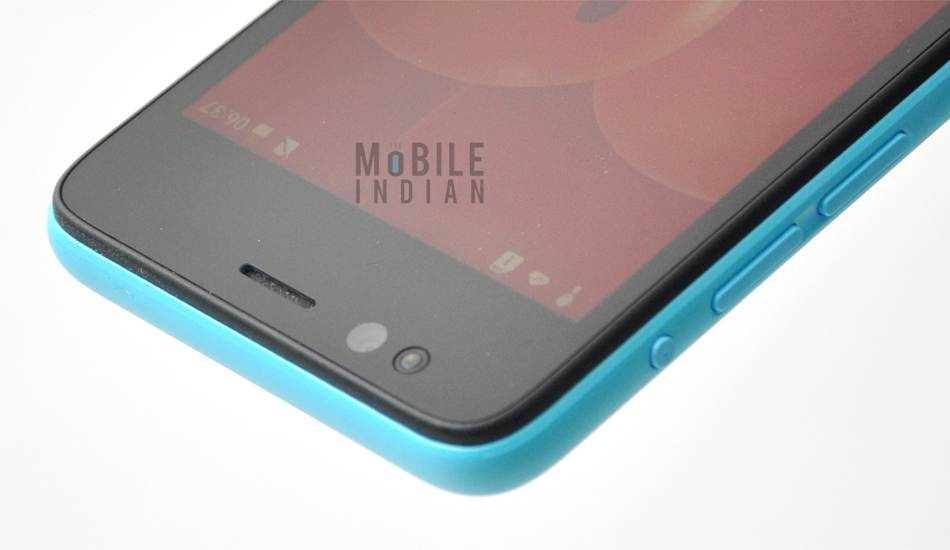 As I said earlier, the Bingo 21 has 8 GB of internal storage and it has a dedicated micro SD card slot as well which has capacity of 64 GB. For a phone priced at just Rs 5,499, so much amount of storage is definitely worth appreciating. 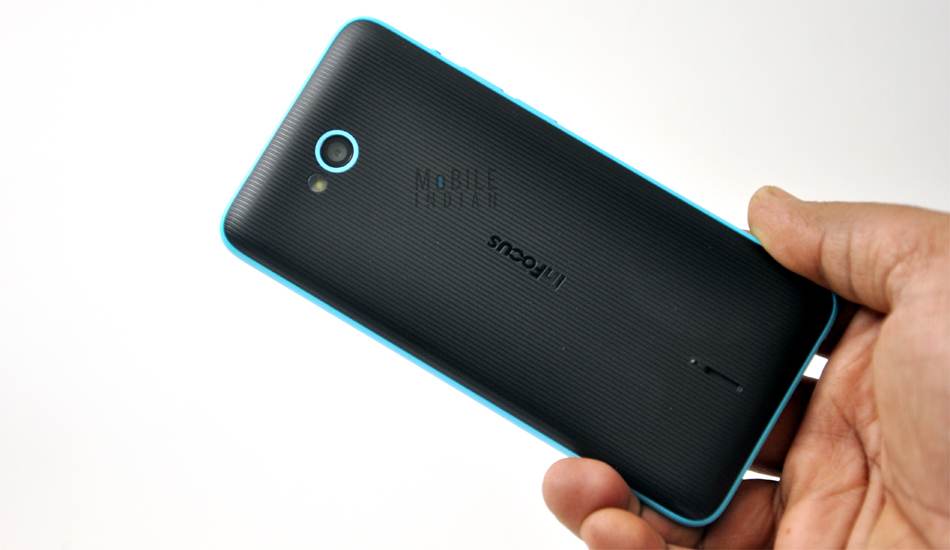 Connectivity wise it is rich as well. The phone not only has two dedicated SIM slots, it offers 2G/3G/4G, WiFi, GPS/AGPS, Bluetooth and micro-USB port as well. 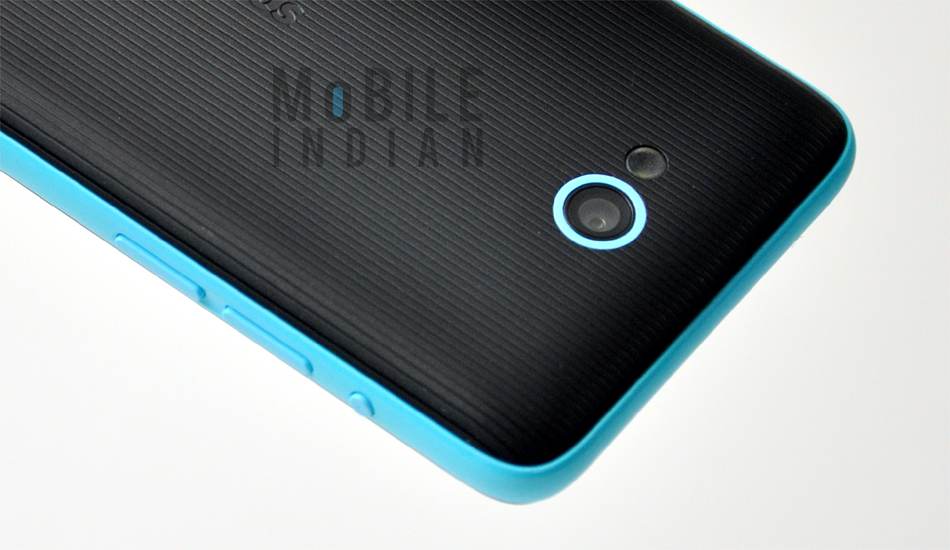 Another highlight of the Bingo 21 is its chipset that has a 1.5 GHz quad-core Spreadtrum SC9830 processor and 2GB RAM. The phone thus managed to play Dead Trigger 2 with ease. I did not saw any lag while playing the game either. 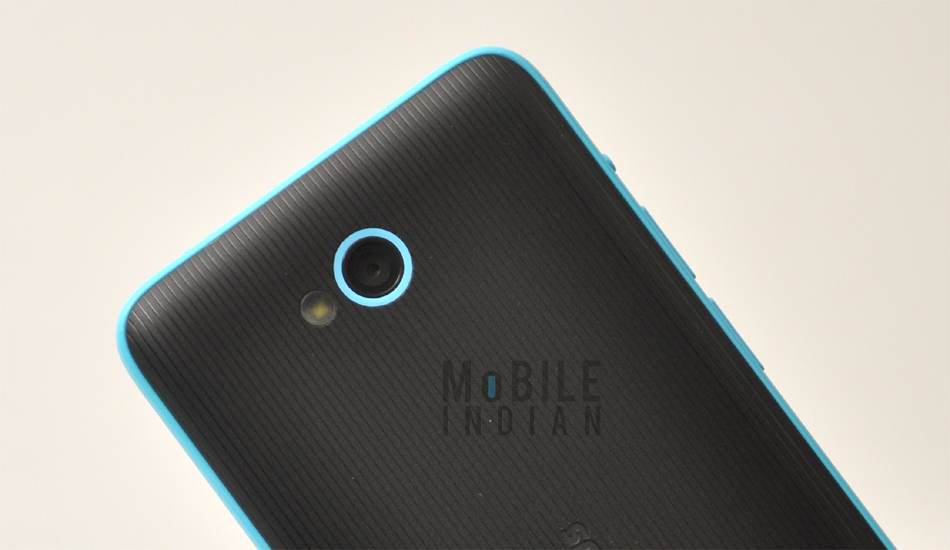 The phone comes with the Android 5.1 Lollipop operating system and has a customised UI called Inlife which enhances the UI a bit but not drastically. The Inlife UI infact looks much like the default UI and is simple and easy to use. 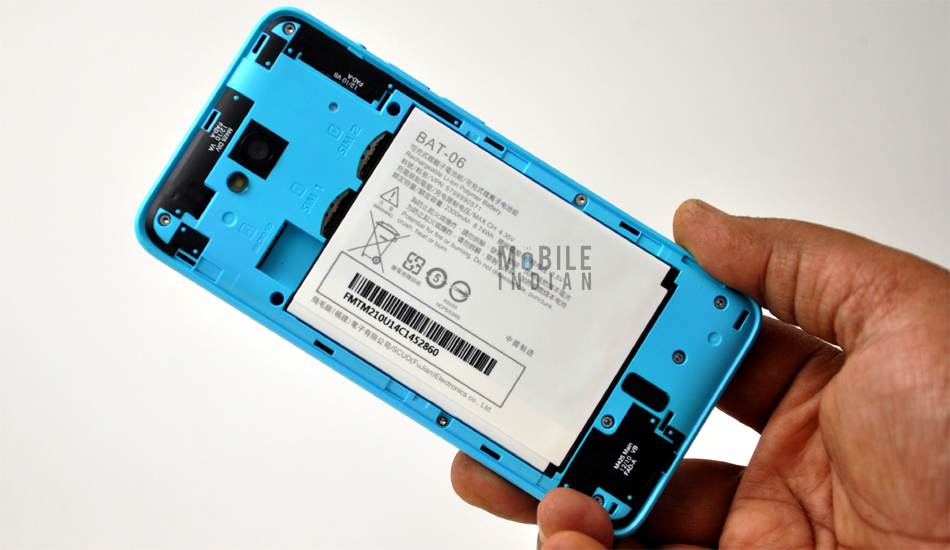 The 2,300 mAh battery of Bingo 21 also manages to offer enough power for a day’s usage which was expected as it has a smaller display and thus has less power requirement. 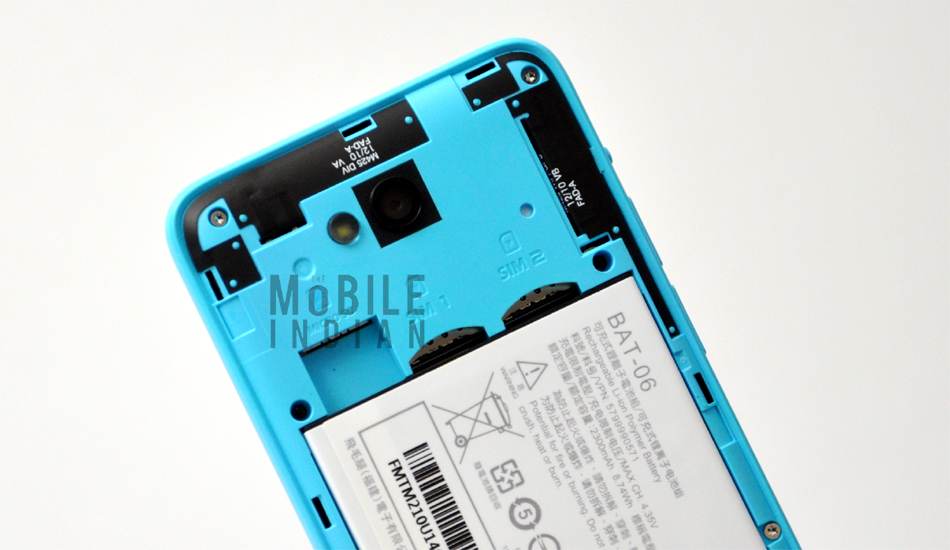 However, both of its cameras are pretty useless and are below standard even for a phone priced at Rs 5,499. You can check out its camera samples here.

At Rs 5,499, the InFocus Bingo 21 gives more than what you can ask for. And it performs in the real world as well unlike few of its rivals which are mere paper tigers. However, I was less impressed with its looks and camera quality.