Infinix Zero 5 Review: Does it have everything to be your next smartphone? 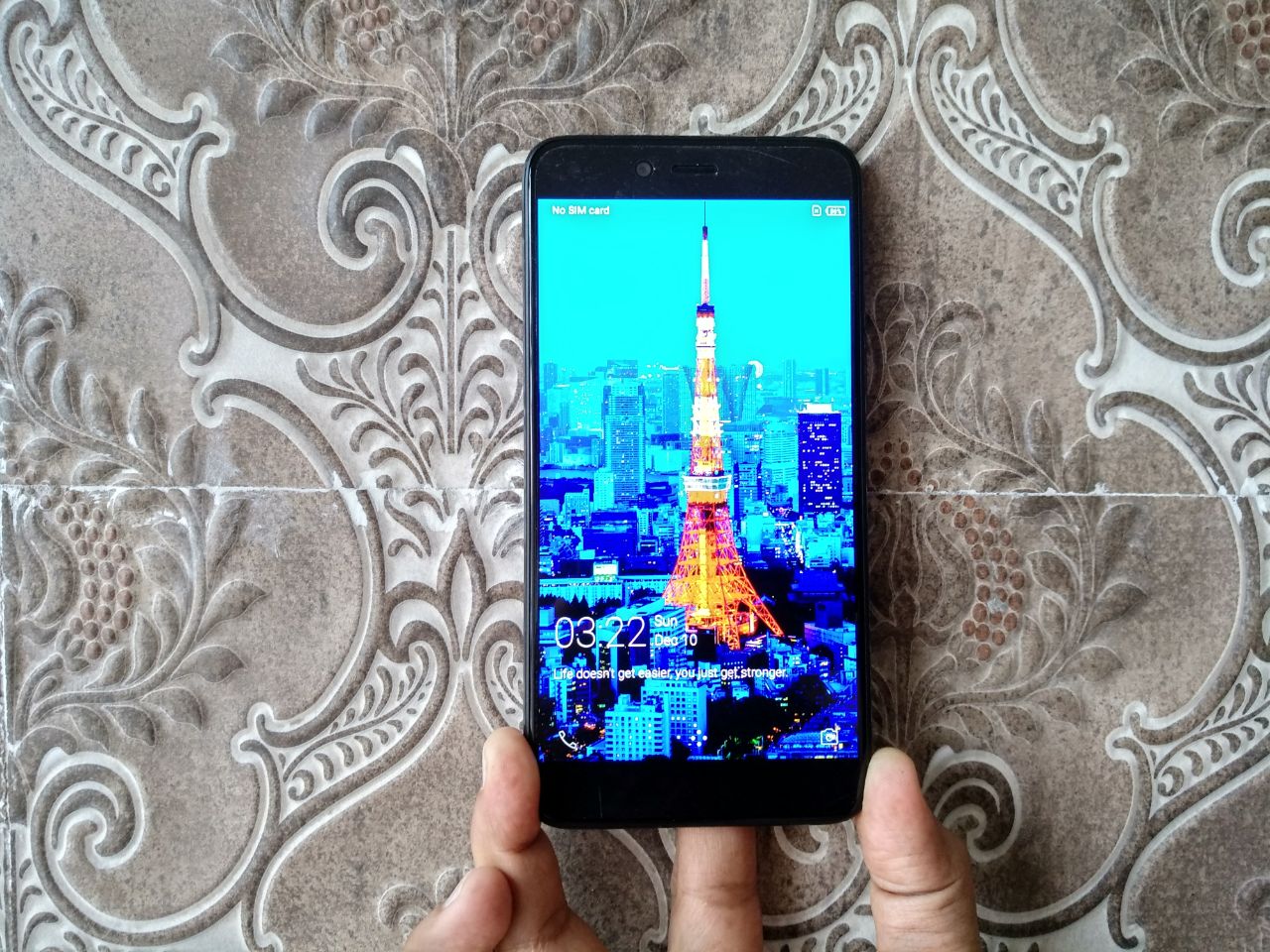 Does it justify its price tag? We have been using the device for a while now and this what we think about the Infinix Zero 5.

Infinix, yet another smartphone manufacturer based out of Hong Kong has recently launched its new smartphone in India.Called the Infinix Zero 5, this comes at a starting price of Rs 17,999. It comes in two internal memory variants – 64GB storage one is priced at Rs 17,999, while the Zero 5 Pro ships with 128GB storage which will cost you Rs 19,999. This is the company’s third smartphone in India after Infinix Note 4 and Infinix Note 4 Pro which were launched in India in August this year. It is now available on Flipkart for purchase.

The phones mark the debut of the Zero brand in India. In other countries, the company has already been selling the Zero 4 and Zero 4 Plus smartphones. Straight up, it must be said that the relative freshness of the brand could backfire here due to low awareness and the poor experience with previous flameouts like LeEco. 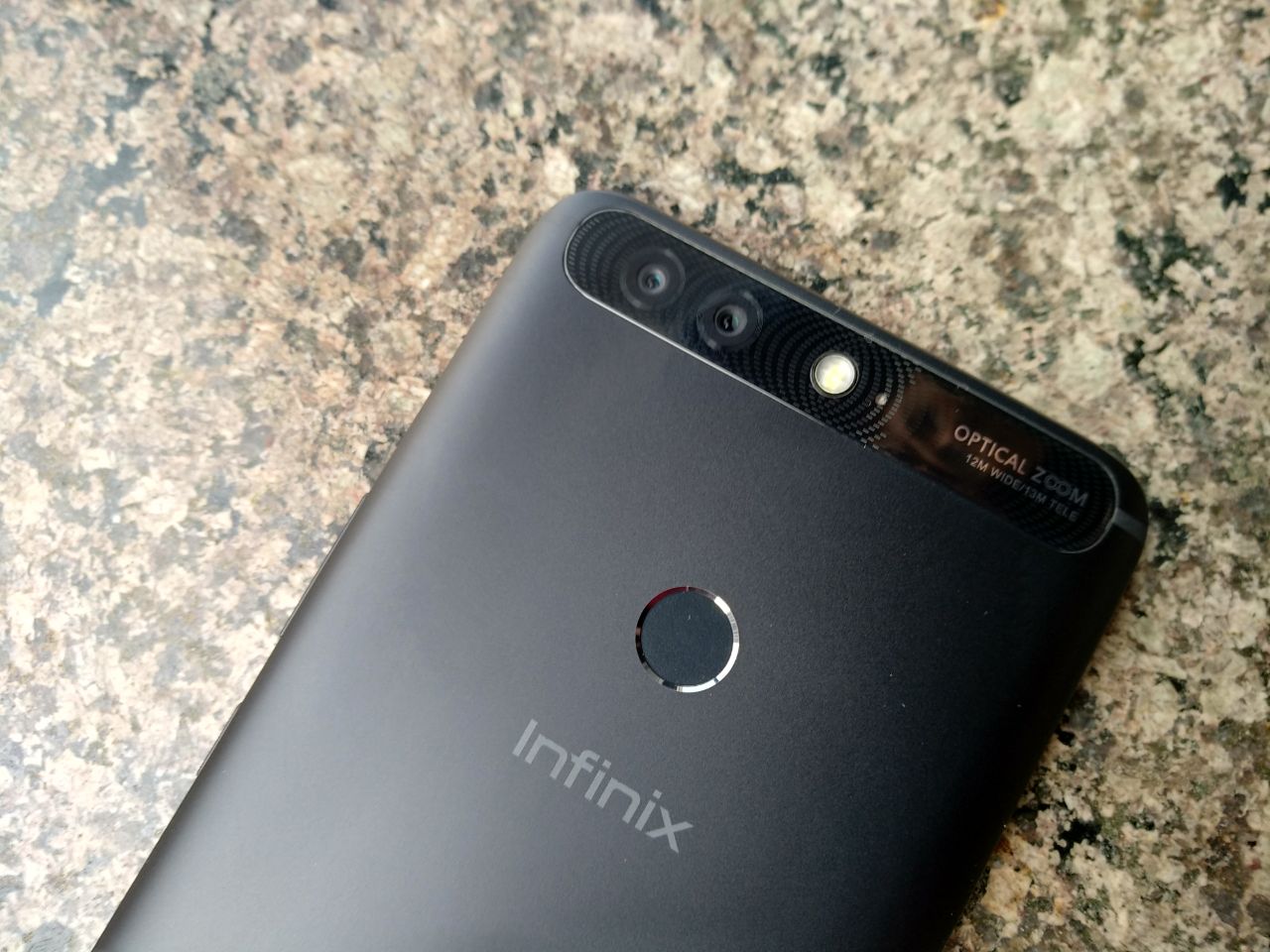 On the other hand, on an objective evaluation, Infinix has added some neat features to its new smartphone – Infinix Zero 5 which we are reviewing today. This phone comes loaded with a dual-camera setup, which is considered to be a standard feature in most smartphones over Rs 5-16K now. So, the big question, does it have enough to match the existing Honor, Xiaomi and Motorola smartphones who have already established themselves in the market in this price range? Does it justify its price tag? After an extended test run with the brand, this is what we think.

The smartphone comes loaded with a metal unibody design offering a good grip. For the quick physical overview, the rear of the device features a dual-camera setup with a dual tone LED flash. Just beneath it, there is a circular fingerprint sensor at the center and at the base of the back panel, one will find the Infinix branding. There are two antenna lines near the top and the bottom. The fingerprint sensor is quick and accurate.

On the right, you will see volume controls and power on/off button with ample space in between and a dual-SIM slot. The left side houses a dedicated micro SD card slot. The top is bare while the on the front, the top houses a selfie camera along with an earpiece and LED flash. At the base, we have 3.5 mm headphone jack, microphone coupled with Type C port and the speaker grill. However, navigation button on the bottom is not given rather onscreen buttons are given on the front. Overall, the smartphone is a well-built phone and it does conform to the present vogue in premium looks. The fingerprint sensor at the back does not disappoint either. It can be used to operate various tasks like locking apps, browsing photos and more. 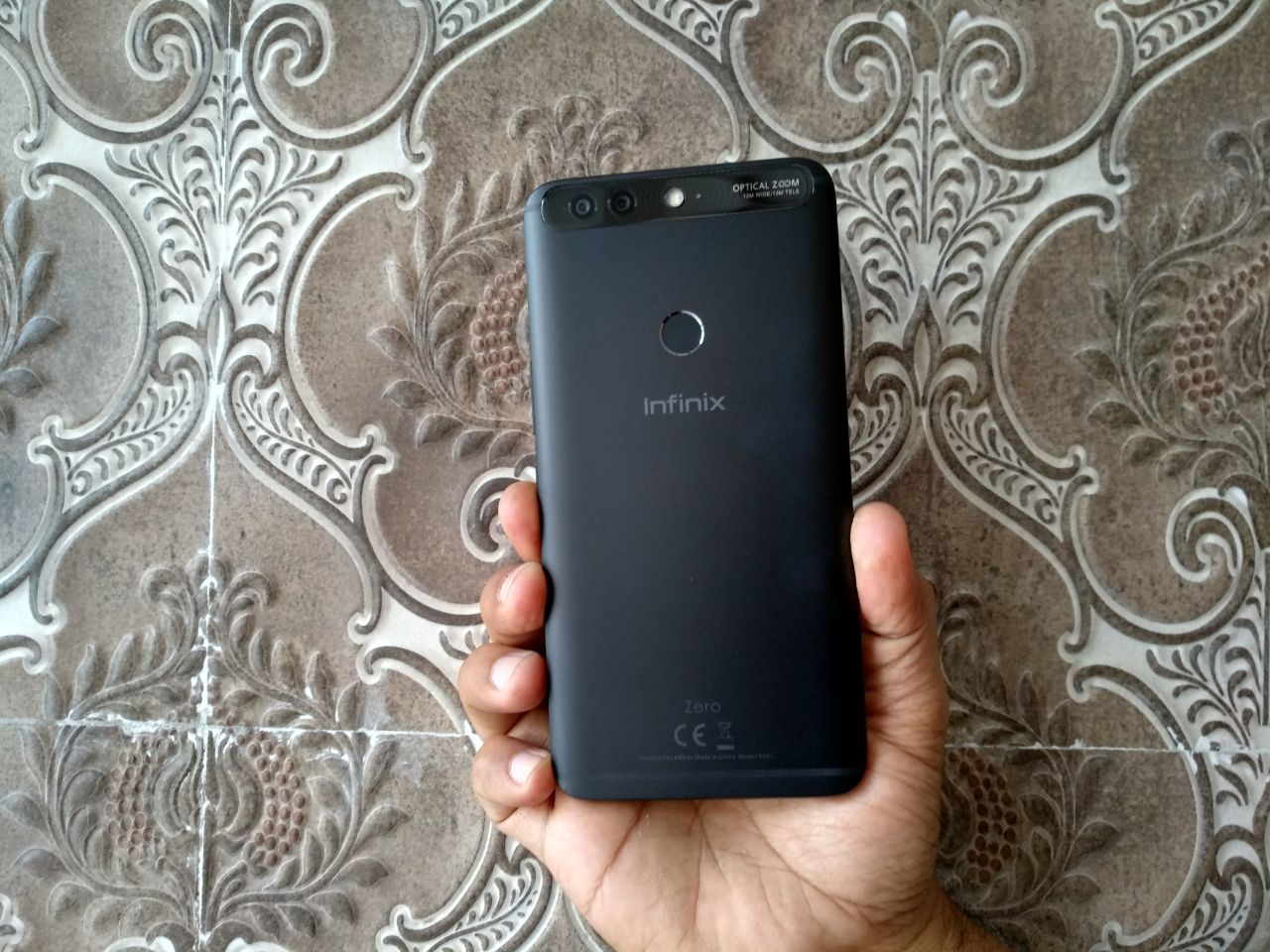 On the display front, you get a 5.98-inch Full HD display with a screen resolution of 1080 x 1920 pixels with Corning Gorilla Glass 3. During our review period, we found out that the large display has good viewing angles and colours were quite punchy, crispy in nature, vibrant and colourful. In outdoors, screen visibility is good and readability in bright sunlight was not an issue. The viewing angles are really good and there is no colour variation when you tilt the display. Also, the touch response feels pretty smooth.

On the hardware front, the device is powered by a 2.6GHz Octa-Core MediaTek Helio P25 processor along with Mali T880 GPU. It’s definitely not the best chipset around but the multi-core performance of this chipset is quite good though devices using the Qualcomm Snapdragon processor range would like to think they are ahead here.

With 6GB of RAM and 64GB/128GB of internal storage, which can be further expandable to 256GB via MicroSD card, the phone exceeds competition at these price points. As far as performance is concerned, we didn’t find any flaws in the day to day experience. The Zero 5 also handled multi-tasking with ease, thanks to the 6GB of RAM on board. The performance is smooth and can handle heavy tasks with ease.

During our review period, we were able to play HD games and high-resolution games without any problems. The device did not hang while playing session but it did heat up a bit while playing. The device did not face any stuttering or lag issue for the heavy gaming, but occasionally some drop in framerate was there. So, if you are a very extreme game user, you might have to reconsider this one as the MediaTek processor is possibly not up to complimenting the adequate RAM. But overall, the performance of this device is generally quite smooth and we can say that the performance is decent at this price point.

On the software front, the phone runs on the Android 7.0 Nougat with the company’s own XOS Hummingbird v3.0 and not the latest Oreo operating system. But the company has promised just one more OS upgrade but when it will be rolled out is not known yet, so we expect the Infinix Zero 5 to be upgraded to Android Oreo in the near future. In XOS, the company has added inbuilt features like an anti-theft system, split screen mode and smart interactions. The software we feel is quite clean with some limited bloatware, the UI is fast and easy to use. 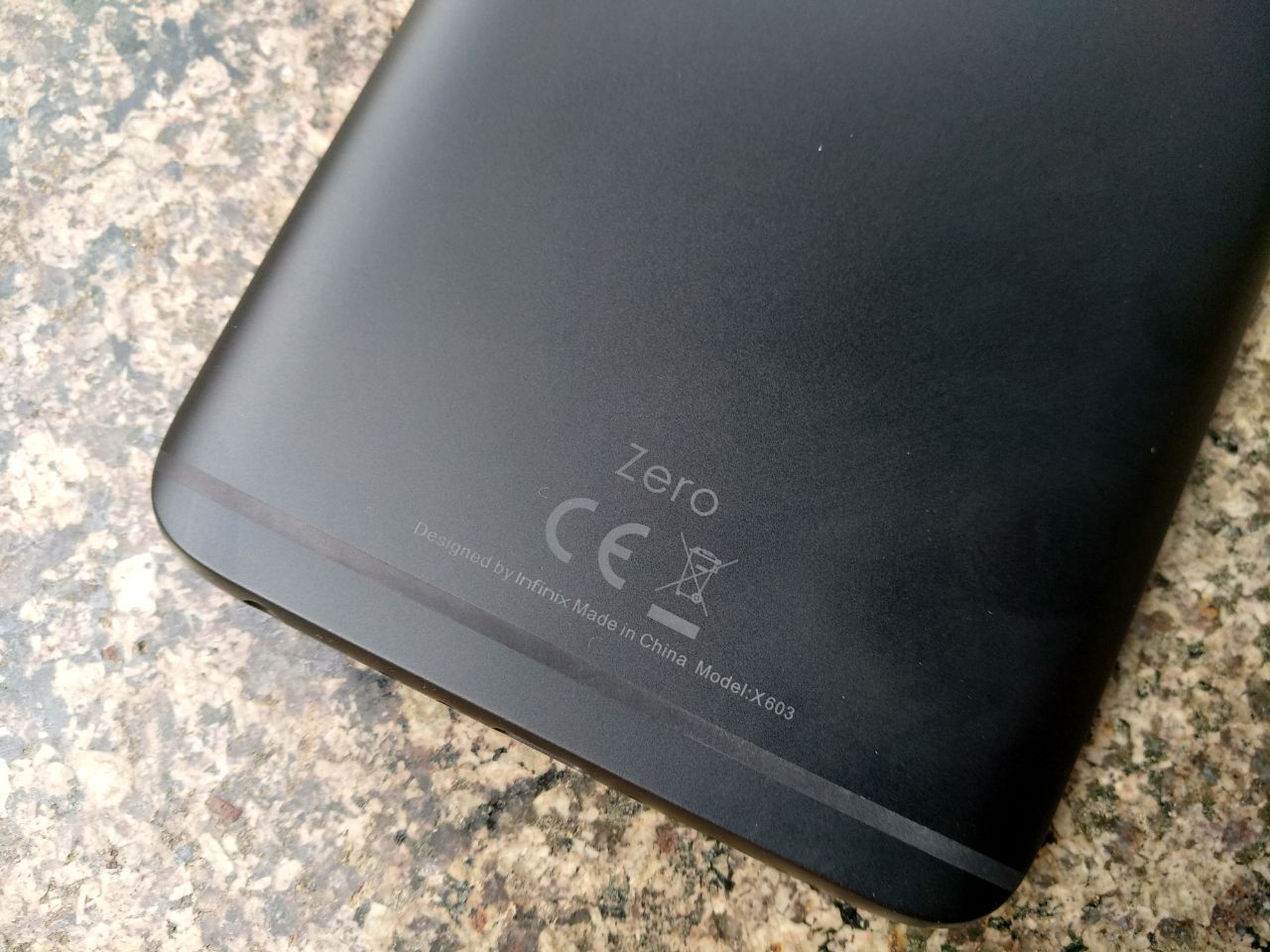 Infinix has, however, a few in-house applications like XTreme for themes and wallpapers, XHide that will let you hide apps, videos, pictures, X Share to share files and docs with friends through a QR code, and XClub, which is a sort of Reddit-like social platform for XOS users. These add-ons apps cannot be deleted and will consume unnecessary storage. Xclub, in particular, is clearly an app too many, and we wish it was optional.

This smartphone comes with all the necessary sensors which are required to offer a great smartphone experience like G-sensor, Proximity sensor, compass sensor, light sensor, gyroscope and fingerprint sensor off course. All the popular apps like Facebook, WhatsApp, Chrome, Gmail, Youtube worked like a breeze.

This is where the device makes major pitch to move ahead. The major highlight of the device is the dual rear cameras. The phone comes with a 12-megapixel primary camera with wide-angle lens, Sony IMX386 sensor, f/2.0 aperture, 1.25 µm pixel size and dual LED Flash and a 13-megapixel secondary camera for depth sensing with a telephoto lens, Samsung S5K3M3 sensor, f/2.6 aperture, 1.0µm pixel size and 2x optical zoom. When combined, the camera delivers a quality bokeh effect. For the front, there is a 16-megapixel sensor with aperture f/2.0, LED flash and Samsung S5K3P8 sensor for selfies and video calling.

In our initial camera review of Infinix Zero 5, we found the image quality to be brilliant in the daylight, the colours are punchier, natural and delivers well to the expectations but in low light, the camera struggles a bit in order to maintain good shots and overall quality suffers in low light plus we could see some minor noise in the images. One of the important aspects of this phone is the portrait mode. It does a really good job in the portrait images as well with good colour reproduction. 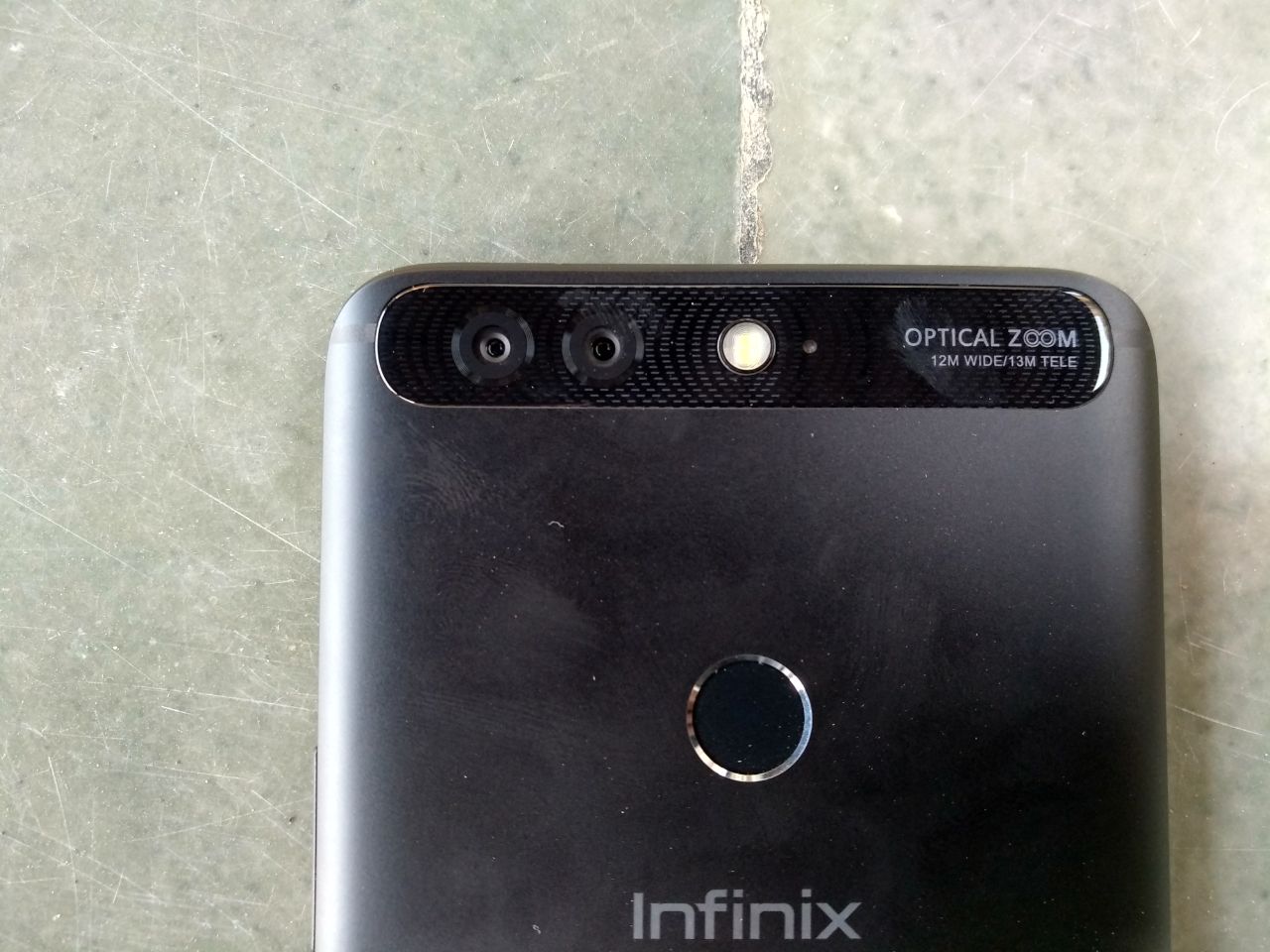 The front camera also offers bokeh effect and delivers good selfies with good colour reproductions. Both the front and rear camera support video up to 1080p but the video as well struggled a bit in the low light condition. The rear camera in Infinix Zero 5 supports OIS which works perfectly fine and the video is not shaky when shooting while moving. All in all, the camera is a definite asset on this one.

The Infinix Zero 5 packs a non-removable 4350mAh with a quick charge feature which lasts for more than a day with normal usage. The battery comes with 18W fast charger and it gets up charged fully in around 2 hours from zero to 100 percent. On the connectivity front, the smartphone supports 4G VoLTE, WiFi, GPS/AGPS, micro USB, 3.5 mm audio jack and Bluetooth 4.1. It measures 150.5 × 74.4 x 8 mm.

To sum up, the Infinix Zero 5 comes loaded with some impressive hardware that delivers real value. The dual-camera setup and the big battery stand out but it misses the current trend of the bezel-less display which is seen in the latest Honor 9i. As far as competition is concerned, the device faces a tough competition with the likes of recently launched Oppo F5, the Honor 9i, Mi Max 2 and Moto X. If you are looking for a phone with a big screen, huge RAM, fast charging and dual camera phone, you can definitely go for this for a price of Rs 17,999. Assuming you have done your homework on the after sales support and deal combo here, as this is an exclusive online offer .