Infinix Zero 5 First Impressions: Will it create an Impact?

Whether it has all the arsenal to defeat the existing smartphones with dual cameras in this price range or not?

Infinix a Chinese smartphone manufacturer based out of Hong Kong recently launched its new smartphone in India named as Infinix Zero 5 at a starting price of Rs 17,999. It comes in twointernal memory variants – 64GB storage one is priced at Rs 17,999, while the Zero 5 Pro ships with 128GB storage which will cost you Rs 19,999. It will be available for sale on Flipkart starting from November 22. 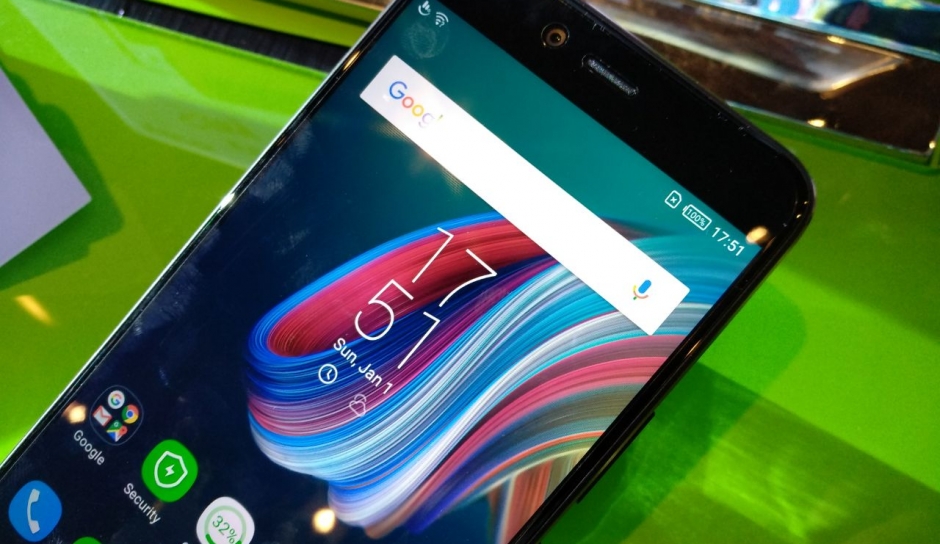 The smartphone comes loaded with a big battery and a rear dual-camera setup, which is considered to be a standard feature in most smartphones today. So, the real question is, whether it has all the arsenal to defeat the existing smartphones with dual cameras in this price range or not? We spent some time with the device and here is our first impressions.

Let us first start with the design part. The smartphone comes loaded with a premium metal unibody design. For the quick physical overview, the rear of the device features a dual-camera setup with a dual tone LED flash. Just beneath it, there is a circular fingerprint sensor at the centre and at the base of the back panel, one will find the Infinix Zero branding. There are two antenna lines near the top and the bottom. 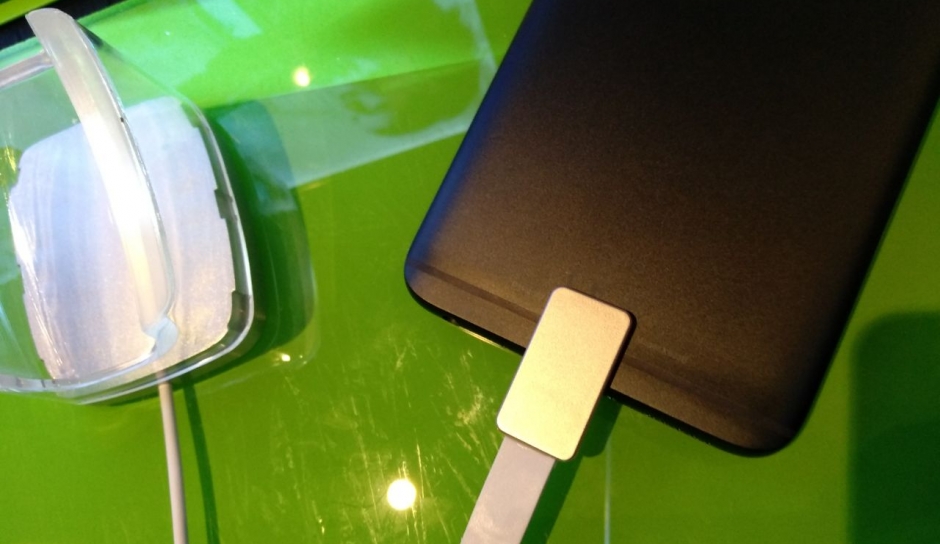 On the right, you will see volume controls and power on/off button with ample space in between and a dual-SIM slot. The left houses a dedicated micro SD card slot. The top houses a selfie camera along with an earpiece and LED flash. At the base, we have 3.5 mm headphone jack, coupled with Type C port and the speaker grill. Overall, the smartphone does gives a premium look.

On the display front, you get a 5.98-inch Full HD 2.5D curved display with a screen resolution of 1080 x 1920 pixels. This display comes with 500 nits brightness and is protected by Gorilla Glass 3. During our brief testing period, we found out that the display has good viewing angles and colours were quite punchy and crispy in nature. However, it would be interesting to see how well it will perform during our review period. The large display goes with some good viewing angles, and it is meant for those who loved to watch movies and videos on a large screen and also for those who have a big hand. The display seems to be sharp and readability in bright sunlight is not an issue. The device is slightly heavier at 197 grams may be due to its large display and huge battery.

On the hardware front, the device is powered by a 2.6GHz Octa Core MediaTek Helio P25 processor along with Mali T880 GPU. It has a 6GB of RAM and 64GB/128GB of internal storage, which can be further expandable to 256GB via MicroSD card. All the simple apps like Facebook, WhatsApp, Chrome, Gmail, Youtube opened quite easily and the device did not show any signs of stutters. However, at this price point, we think the company could’ve offered a Snapdragon 625 processor instead of MediaTek. 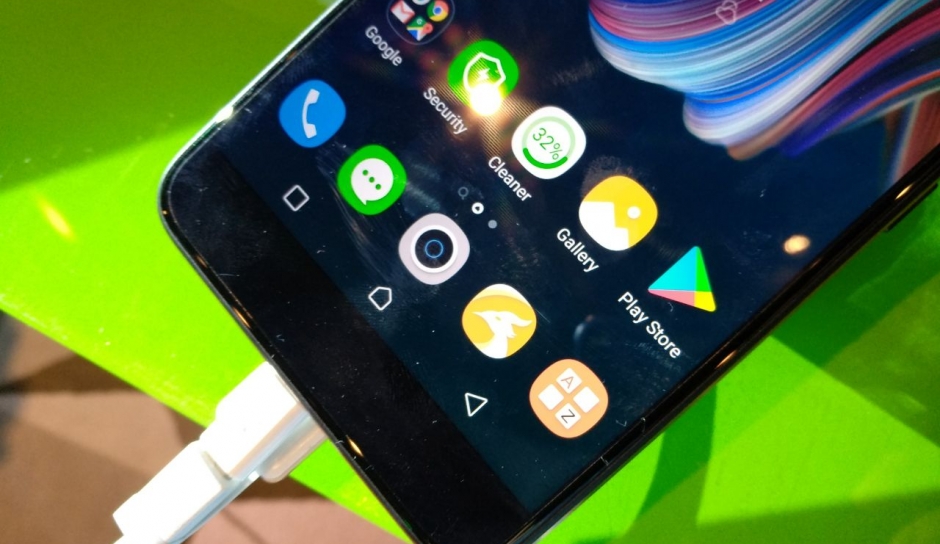 On the software front, the phone runs on the Android 7.0 Nougat with company’s own XOS Hummingbird v3.0 and not the latest Oreo operating system. But the company has promised just one more OS upgrade ( phew..), so we expect the Infinix Zero 5 to be upgraded to Android Oreo in the near future. The user interface has its hits and misses and we will be discussing it thoroughly in our review, so keep a tab on this space.

The major highlight of the device is the dual rear cameras. The phone comes with a 12-megapixel primary camera with wide-angle lens, Sony IMX386 sensor, f/2.0 aperture, 1.25 μm pixel size and dual LED Flash and a 13-megapixel secondary camera for depth sensing with a telephoto lens, Samsung S5K3M3 sensor, f/2.6 aperture, 1.0μm pixel size and 2x optical zoom. When combined, the camera is expecte dto deliver bokeh effect. The company has kept camera UI pretty clean. For the front, there is a 16-megapixel sensor with aperture f/2.0, LED flash and Samsung S5K3P8 sensor for selfies and video calling. 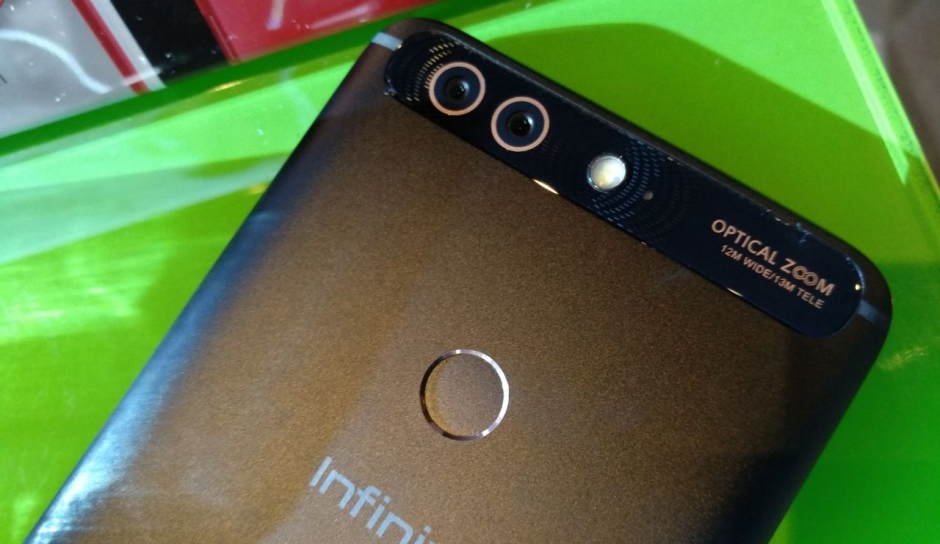 During our initial review, we found out that the camera took decent photographs in broad daylight. The selfie also was decent job in our initial testing. We will be testing the Zero 5 thoroughly over the next few days and will let you know the quality of camera shots in a detailed full review.

The Infinix Zero 5 packs a non-removable 4350mAh with fast charging that should provide sufficient uptime even through heavy usage. On the connectivity front, the smartphone supports 4G VoLTE, WiFi, GPS/AGPS, USB Type C, 3.5 mm audio jack and Bluetooth 4.2. It measures 166.38 x 82.38 x 7.95mm. The battery backup surely looks promising and it would be interesting to see how long it will last.

To sum up, the Infinix Zero 5 comes loaded with some interesting features but seems to be a bit overpriced. The dual-camera setup and the big battery surely adds some brownie points. As per the competition is concerned, the device will face a tough competition with the likes of recently launched Moto X4, the Honor 9i, Mi Max 2 and Vivo V7 Plus. Now the only thing that needs to be further probed is that does Zero 5 gives a trouble-free performance and battery life. Stay tuned for our detailed review.