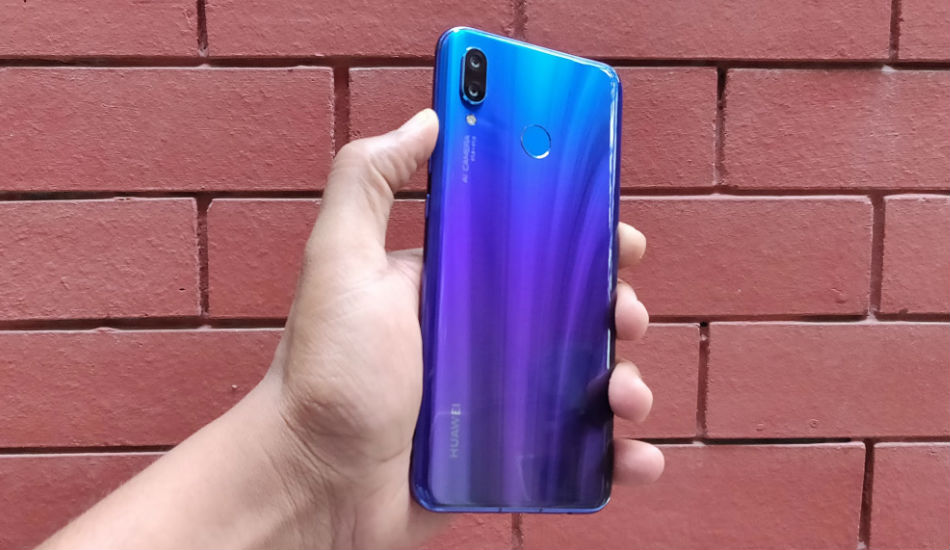 Nova 3 is the second smartphone which comes with the quad-camera setup - dual camera set up at the rear as well for the selfies, which are equipped with the artificial intelligence. The handset is loaded with the top-notch specifications and features, but will it give the much-needed breakthrough in the flagship segment against the OnePlus 6 and Asus Zenfone 5Z? Let’s Find Out!

Chinese smartphone manufacturer, Huawei has recently introduced its Nova 3 flagship handset for the Indian market. It is the first mobile from the brand’s Nova series, which is exclusively available on Amazon India at a price tag of Rs 34,999.

Nova 3 is the second smartphone which comes with the quad-camera setup – dual camera set up at the rear as well for the selfies, which are equipped with the artificial intelligence. The handset is loaded with the top-notch specifications and features, but will it give the much-needed breakthrough in the flagship segment against the OnePlus 6 and Asus Zenfone 5Z? Let’s Find Out!

The first thing which you will surely be impressed by is the design. Similar to the other handsets available in this price category, the Nova 3 also comes with the glossy glass back design. However, todifferentiate itself from the herd, the smartphone features a unique blended combination of Blue and Purple. Further, if you wish to know the placements of the power button, volume rockers and more, the users may visit our first impression of the Nova 3 or the Picture Gallary. 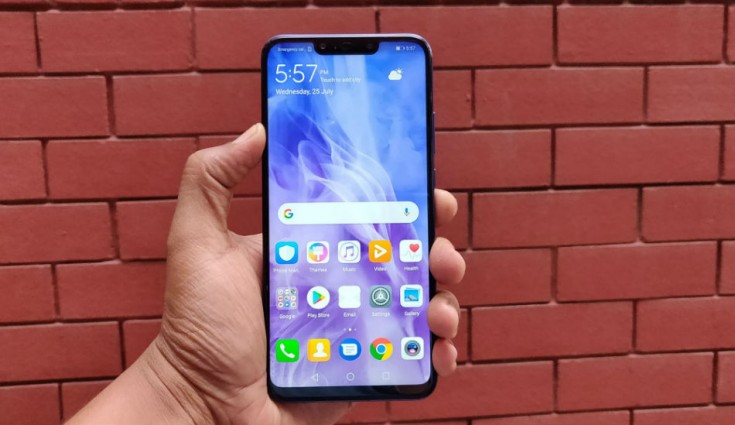 In terms of palm feel, the smartphone fits perfectly in hand and with the addition of curved edges, it is comfortable to hold for a longer period of time. Though the phone comes with a glass-body, it still provides the much-needed grip and confidence – that it’s not going to easily slip out of the user’s hand.

On the front, the smartphone features a stunning 6.3-inch Full HD+ display which comes with a screen resolution of 2340×1080 pixels. Following the latest notch trend, the phone comes with a screen aspect ratio of 19:5:9. The bezel on the phone is kept minimal on the sides and especially at the bottom, unlike the recently launched Poco F1 (First Impression) which gives you a feeling of owning something premium.

As far as the display quality is considered, the Nova 3 some amazing viewing angles without any colour shifting issues. After testing the device in the various condition like playing games, video streaming and even texting, the handset’s display was easily able to impress us with its colour output of brighter whites and deeper black contrast. 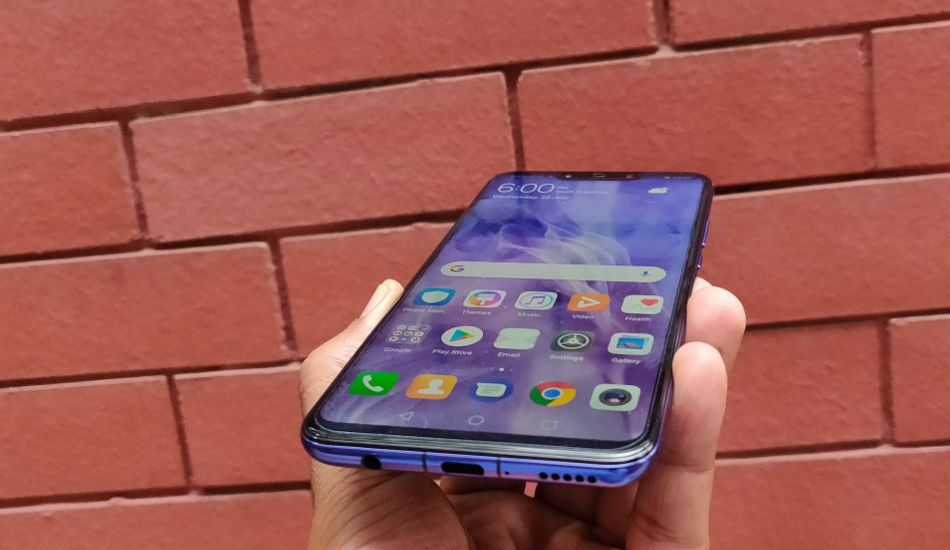 In outdoor conditions under the sun, the visibility struggled due to reflection on lower brightness levels, however, on maximum level, there were no issues. Further, similar to other Huawei handsets, this mobile phone also comes with the option of downgrading the display resolution, which comes handy when you want to save some battery.

Huawei Nova is powered by the top-notch specifications, which includes the Kirin 970 processor, Mali-G72 MP12 GPU, 6GB of RAM and 128GB internal storage which is expandable via a microSD card slot. With these listed specs, you must have got an idea, that day-to-day tanks, multi-tasking and casual games will be a piece of cake, but what about the high-end performance.

During our review period, we found out that the phone was fluently able to run the graphics intensive games like PUBG, with no signs of freeing, frame drops, heating or lagging.

On the battery front, the Nova 3 houses a 3750 mAh battery with quick charging technology. The battery was another department, were the device did a really fantastic job. During our review, we found that the smartphone easily lasts throughout the day under heavy usage, which includes average 4 games of PUBG, decent amount of streaming videos, calls, audio playback and other day-to-day work. 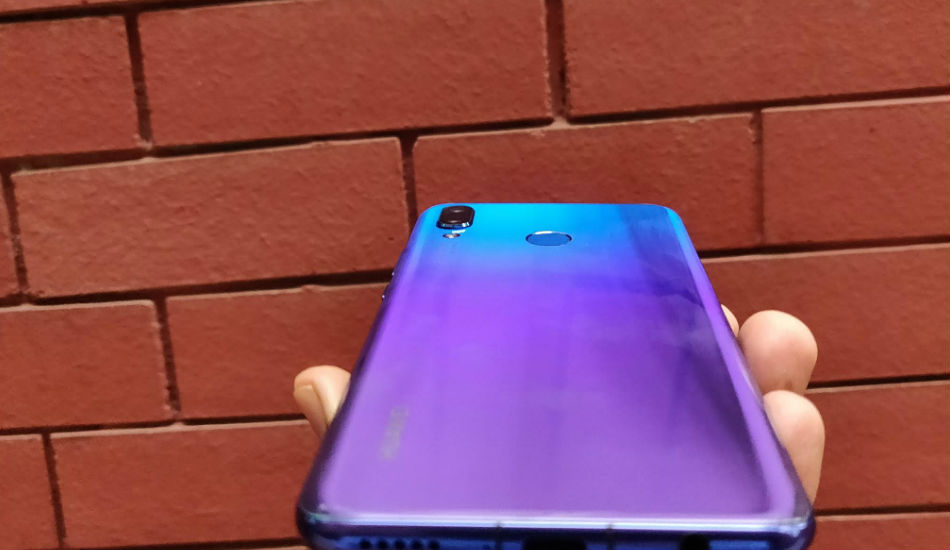 Now coming to the fast-charging capabilities, we were really disappointed to see that it usually takes approximately 2 hours to charge from zero to 100 percent, while other devices like OnePlus only take an hour to fully charge its 3300 mAh battery.

The Huawei Nova 3 comes with a great set of dual-camera setup on both the ends, which makes it a quad camera device. On the rear, it is equipped with a 16-megapixel + 24-megapixel sensor with f/1.8 aperture, while for the front, it gets the 24-megapixel with f/2.0 aperture + 2-megapixel sensors.

Photo quality was impressive, however, we believe that the quality of low light pictures could have been better. Shots taken in good lighting condition were amazing, with colours close to the subject and accurate. The phone comes with the AI camera capabilities, which often makes the picture more colourful. As you can see in the pictures below, using the AI mode the wall colour seems to be in neon colour while toggling off the AI mode, actual colour was visible. In low light shots, the noise was visible and sharpness dropped considerably, further, the phone generally takes a few seconds to focus, especially in the low light conditions. 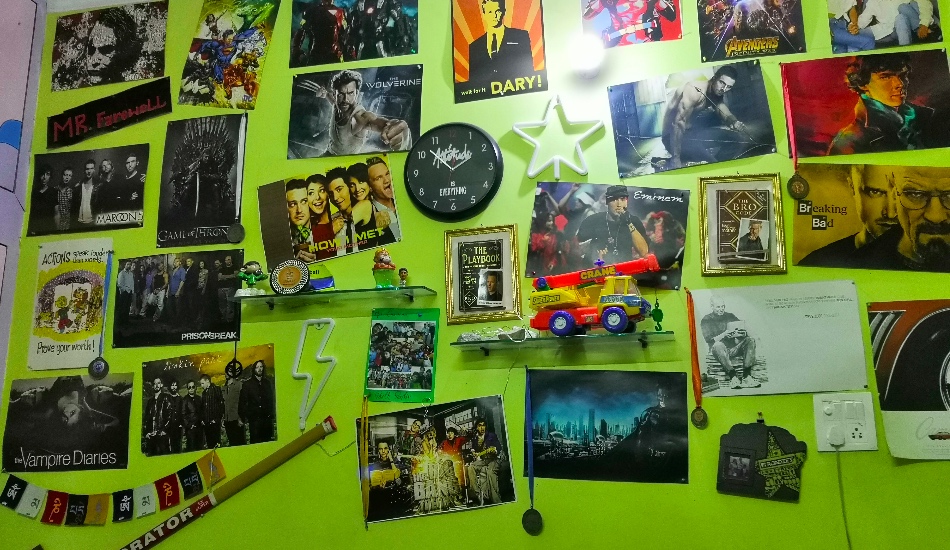 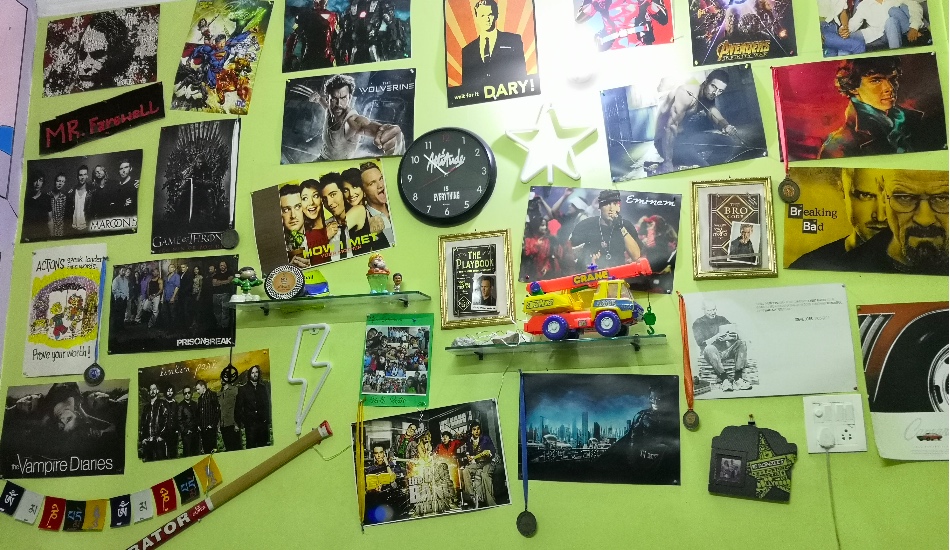 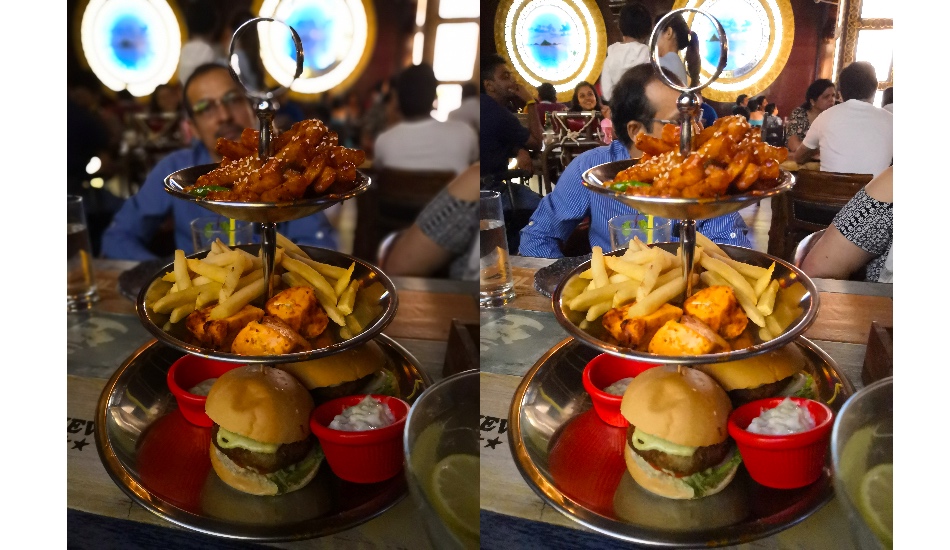 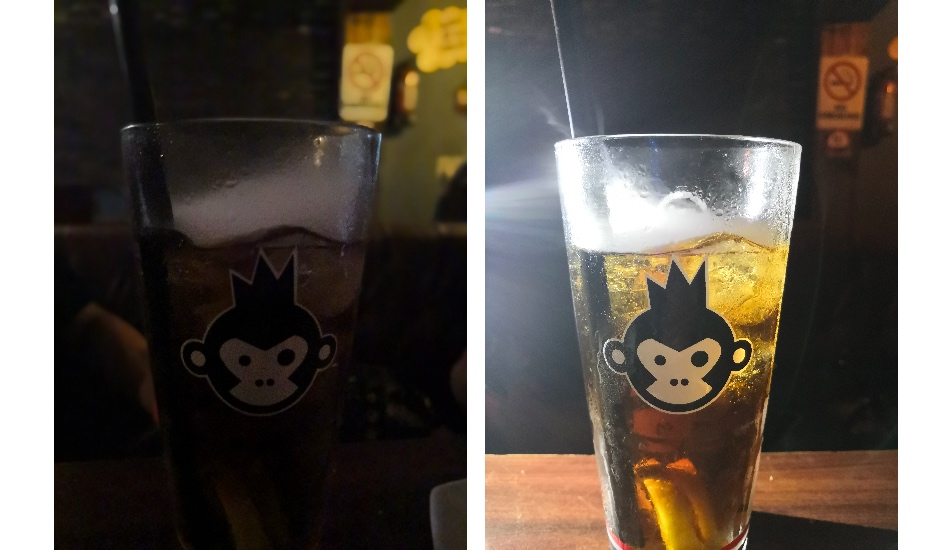 In case of selfie camera, the sensors were easily able to amaze us with its performance in daylight. However, at night the pictures were a little disappointing, as you can see in the picture below, the detailing of the picture is totally off, colours are dull andwhile the subjects in the background were fuzzed from the pictures. 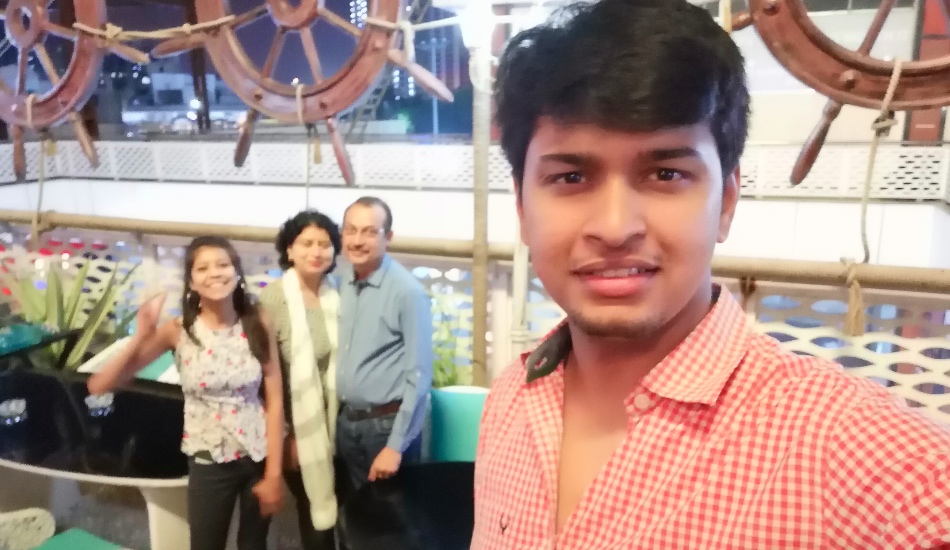 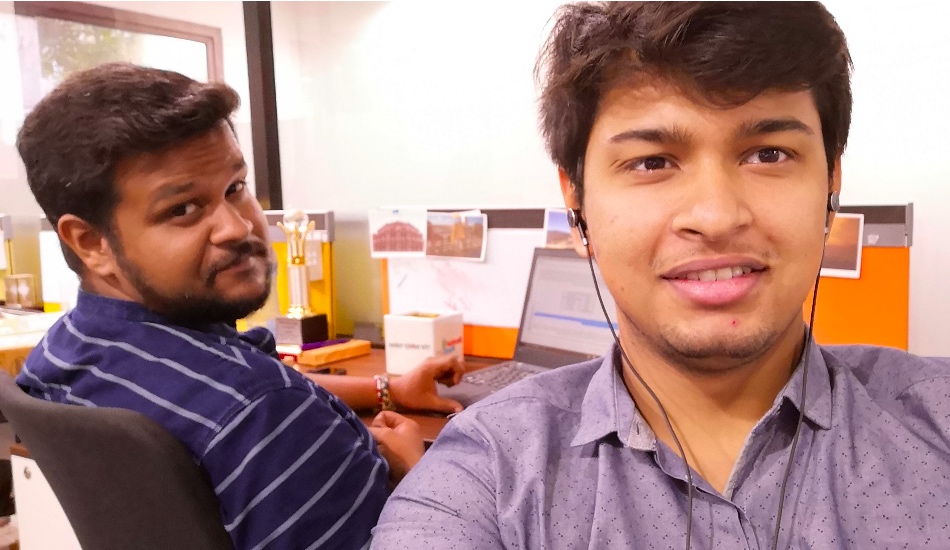 On the software front, the Nova 3 runs on the Android 8.1 Oreo, which is further based on the brand’s customised skin, EMUI 8.2. The UI is smooth, responsive and highly customisable, however, it is loaded with a dozen bloatware applications, which the user probably won’t be using. 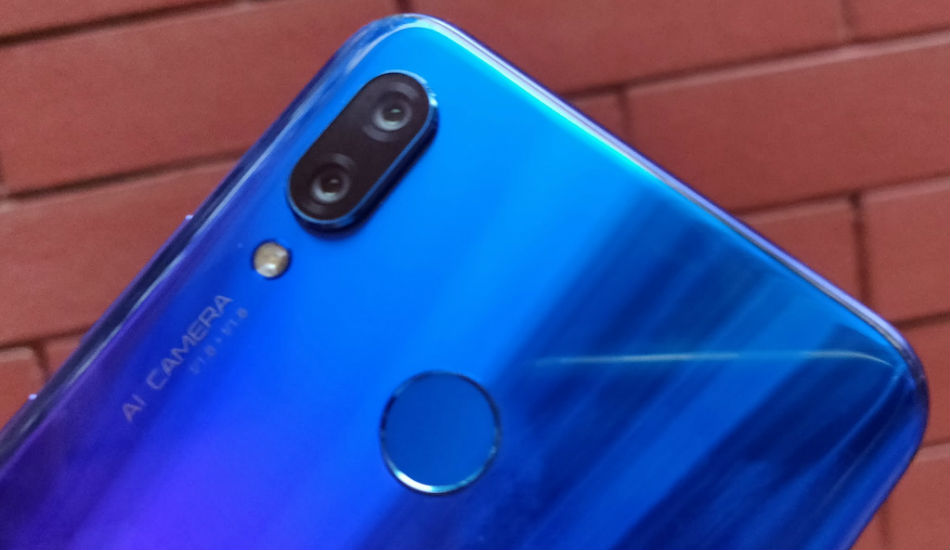 Furthermore, similar to the other flagship devices available in the market, the Huawei also comes with the fingerprint and face unlock security features. The fingerprint sensor of the phone is highly responsive and there were no noticeable lags or errors, while face unlocks has various issues. Users with spectacles are advised to register their face with the glasses on, and later while using contact lenses you will have to use the fingerprint sensor as the face ID would not work at that time.

Huawei Nova 3 comes with the quad-camera setup, which makes it unique in this price category. In daylight conditions, the cameras performed really well. The only issue which we had was in terms of focus, as the device takes a few seconds to properly focus the subject, which often leads to mixed results in low light conditions. However, once the focusing part is done, the Nova 3 can take on the OnePlus 6 and Aus Zenfone 5Z. Apart from the cameras, it features some of the best specifications, the display surely looks promising and the device's overall performance, including the battery life, is impressive.