Priced at Rs 39,990, HTC U Play seems to be a decent device overall, but we are not so sure if it can justify the price.

Along with the U Ultra, HTC also launched its younger brother, the U Play at an event in Delhi. The device is priced at Rs 39,990 and will be available for purchase starting mid-March. The U Play borrows the same all glass unibody design from the U Ultra and also skips on 3.5 mm headphone jack for USB Type-C. Here are our first impressions of the device.

Design and Display
The U Play comes in a much compact design with the same design language as the U Ultra. It looks like a younger sibling to the U Ultra. The device is extremely thin at 7.99 mm and weighs only 145 grams. It has a liquid surface in which colours are infused into the glass making it extremely reflective. The back curved around the edges making it, even more, easier to hold the device in one hand. It comes in Iceberg White, Indigo Blue, Black Oil and Cosmic Pink Gold colours for the Indian market. 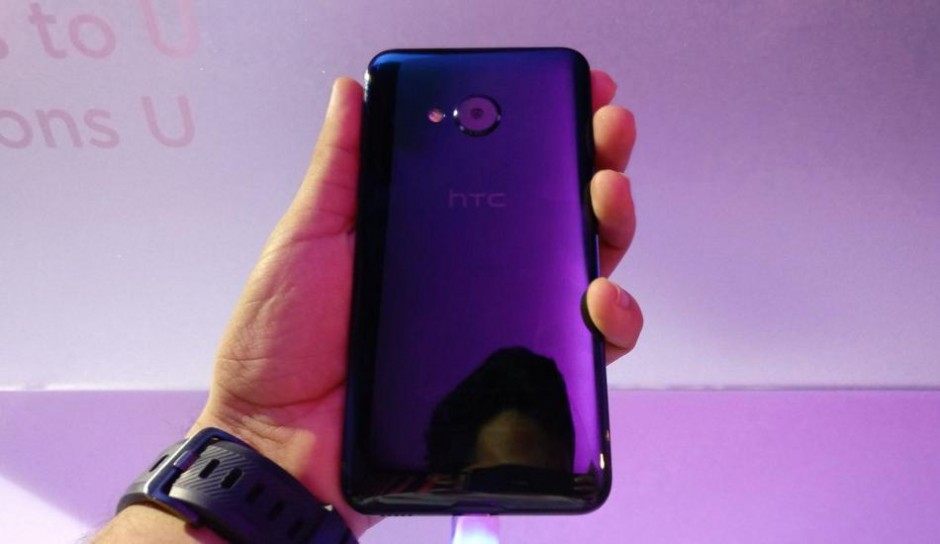 Quickly overviewing the device physically, at the right we get the volume rocker and the power button which is texturized. There is nothing on the left, up top we have the SIM tray along with the secondary microphone. At the bottom, we have the USB 2.0 Type-C port along with the speaker grill. The fingerprint scanner is situated at the front, just below the display and the selfie camera, earpiece along with some sensors is located at the top of the display. At the back, we get the primary camera module which is circular this time along with the LED flash. In terms of design, the U Play feels premium in hands, thanks to an all-glass built, however just like its elder brother U Ultra, this device is a fingerprint magnet. It also follows up the U Ultra for being one of the most slippery phones in the market. That aside, it is a treat to hold the U Play in hands.

In terms of the display, the U Play boasts a 5.2-inch Full HD Super LCD display with Corning Gorilla Glass protection. Full HD screen on a 5.2-inch screen is as good as it gets and the display appeared on par with any other 1080p device. 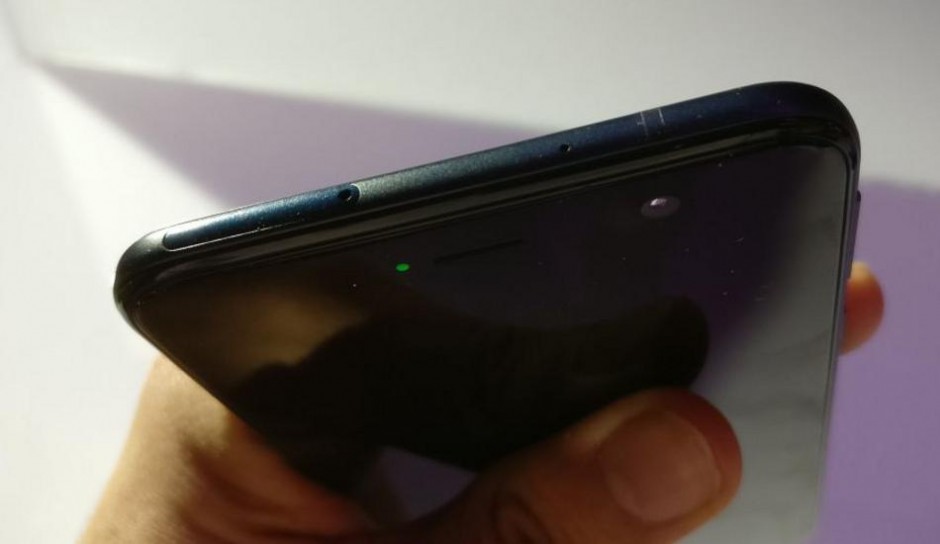 Priced at Rs 39,990, HTC U Play comes with a 64-bit Octa-Core MediaTek Helio P10 chipset coupled with Mali-T860MP2 GPU. For the memory, we get 4GB of RAM and 64GB of internal storage which is expandable up to 2TB via microSD which sits in a hybrid Dual SIM card. Unfortunately, the device still runs on Android 6.0 Marshmallow but the latest Sense UI saves the day here. In the brief time, we had the device with us, the U Play didn’t pose any issues. Navigating through different menus was a breeze of a task and even the fingerprint scanner was pretty snappy. Setting it up was a slice of cake as well. In other words, you will not find much of a difference in terms of UI as both the U Ultra and U Play essentially wear the same HTC Sense UI skin. To sum up, the U Play looks to be a promising device in the performance department based on specs but we will have to see if the price tag coming with it goes with the performance it delivers or not. 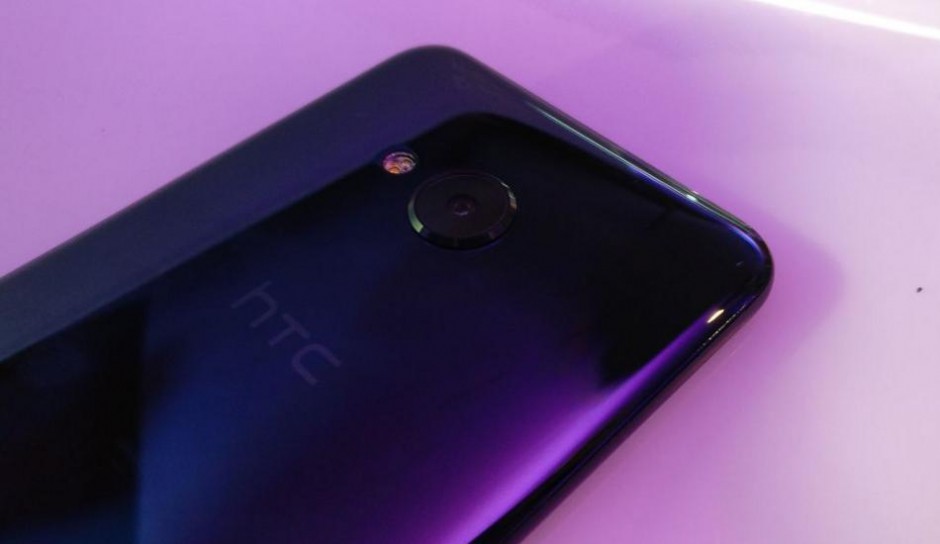 The HTC U Play sports a 16-megapixel rear camera along with PDAF, Optical Image Stabilization, f/2.0 aperture, Dual-tone LED flash, Full HD video recording etc. While on the front, we get a 16-megapixel selfie camera with f/2.0 aperture, Full HD video recording etc. The camera interface is similar to the U Ultra or any other latest HTC smartphone. For the camera performance, we wouldn’t like to comment just yet as we tested the device in extremely low-light conditions. Still, the front-facing 16-megapixel shooter appeared to be a pretty impressive dose of hardware in the first instance. Some other camera modes we get on the U Play are Live Makeup, Auto HDR, Auto Selfie, Voice Selfie, Selfie Panorama, Video Pic etc. Stay tuned for our detailed camera test and review of the HTC U Play before making any judgement for the camera and the overall performance.

Battery, Connectivity and Audio
Now for the battery, the U Play doesn’t look that impressive on papers. The device comes with a 2500 mAh battery inside which is non-removable. HTC claims that this battery can give up to 427 hours of standby and 15.21 hours of talk time in one full charge, however, which should translate to an easy one-day usage. However, we will have to track the battery performance, once we review the device for a decent amount of time. 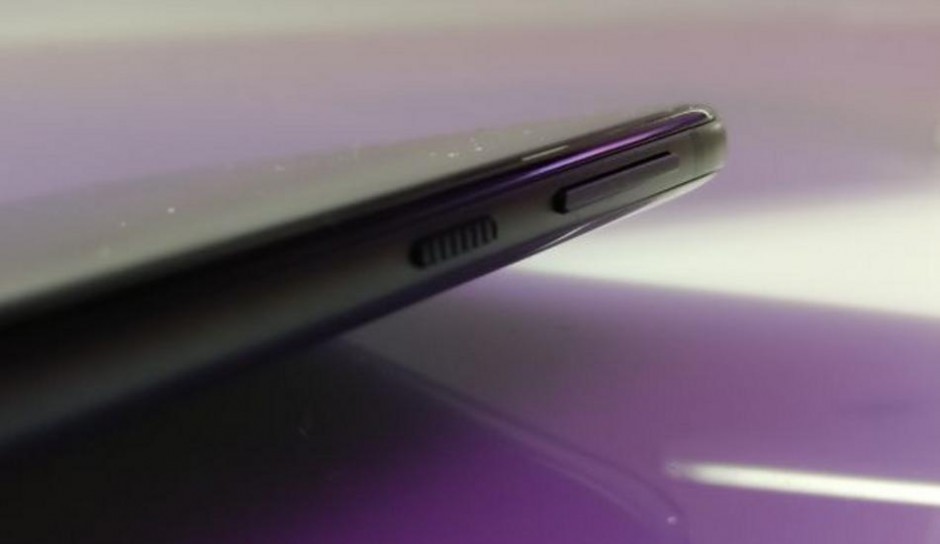 Meanwhile, in terms of connectivity, 4G LTE with VoLTE, GPS, Bluetooth 4.2, Wi-Fi 802.11 a/b/g/n/ac, NFC, DLNA, Miracast, HTC Connect and USB 2.0 Type-C. For the audio, we get the new HTC USonic technology while HTC seems to have missed the BoomSound in the U Play. Also, Sense Companion is something which is yet to be tested so stay tuned for that as well.

HTC U Play highlights the fact that compact premium devices still exist in the smartphone industry today. However, while the device does come with a premium design and somewhat premium specifications, the premium price along with it is surely a gamble here from HTC. Priced at Rs 39,990, HTC U Play seems to be a decent device overall, but we are not so sure if it can justify the price.