The device will be available in Grey, Gold and Silver colour options.

Huawei’s sub-brand Honor has announced an upgraded version of the Holly 4 smartphone, dubbed as the Holly 4 Plus in India. The smartphone comes with price tag of Rs 13,999 and is available at select retail stores across the country.The major highlight of the phone is its battery life and 12-megapixel rear camera. The device is available in Grey, Gold and Silver colour options.

Starting with the design, the Holly 4 Plus sports a unibody design, which is pretty much standard and similar to the Xiaomi devices. On the sides, the smartphone comes with curved edges finish, which provides it with the needed grip in hand. The 5.5-inch screen makes it quite compact and easy to hold.

At the back, the device features a single tone metallic finish. Theprimary camera and the LED flash are placed at the upper porting of the smartphone. And just beneath it, you will find a fingerprint sensor. Overall, the smartphone does gives a premium look and the compact form factor does make it easier to fit into your palm.The right houses volume rockers and power on/off button, while the left sports a dual-SIM tray. The bottom comes with a micro USB port, speaker and 3.5mm audio jack. 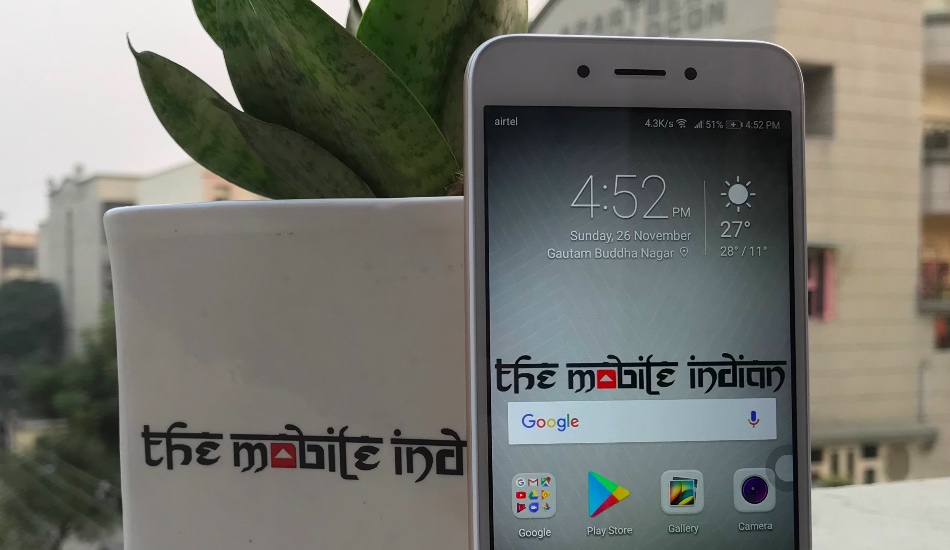 Coming to the display, it features a 5.5-inch HD screen with a resolution of 1280 x 720 pixels. However, other competitors companies like Xiaomi and Lenovo are now offering Full HD display in the same price segment, but Honor decided to stick with the HD only. The low-resolution screen is sometimes noticeable while streaming high-quality videos on the phone. The display offers good colour output and decent viewing angles. The screen is reflective, which sometimes makes it difficult to read some messages under direct sunlight, although the problem can easily be solved by slightly tilting the screen. Further, within a week of use the Holly 4 Plus has encountered some major scratches and marks, so we suggest you use a screen guard or tempered glass from the very first day.

The performance of the device is quite average. As Honor is using the Qualcomm’s Snapdragon 435 processor, at the time when Xiaomi is offering Snapdragon 625 processor in the same price segment. For the day-to-day usage, the smartphone works just fine, but during multitasking, it starts to lag. 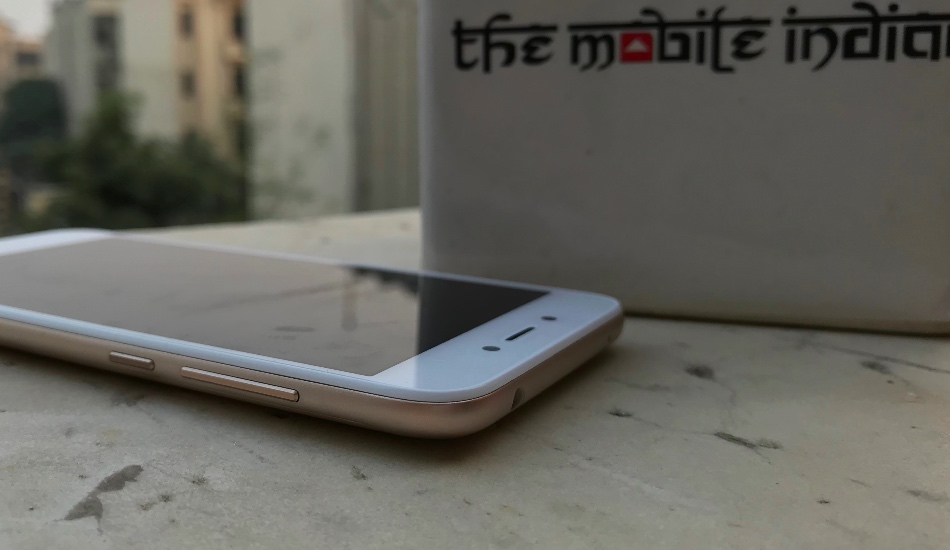 On the gaming front, the phone handles most of the casual games like Temple Run 2. But when it comes to high graphics games like Asphalt 8: Airborne, it shimmers, lags and sometimes even hang during the gameplay. On the plus side, there is no noticeable instance of overheating on Holly 4 Plus, during our gaming experience.

The major highlight of the device is the 4000mAh battery, almost lasts up to 2 days normal usage. Including music streaming, surfing the net, using social media, chatting on WhatsApp and taking calls. However, on heavy duty, the battery manages to last around 36 hours(1.5 days). The only drawback is that the smartphone does not come with fast charging option. In our experience phone took around 2.5 hours to charge completely from zero percent to 100 percent.

On the camera front, the device sports a 12-megapixel rear camera with aperture f/2.2, 1.25-micron pixel size and 8-megapixel shooter for the front with beauty mode. In our review period, the camera showed some mixed results. The smartphone was able to take some excellent photos during the broad daylight with colours being close to the source and the detailing was acceptable. However, in low light or indoor shorts, we found out the device takes a bit longer to lock focus on the subject and sometimes captures blurred/faded images. 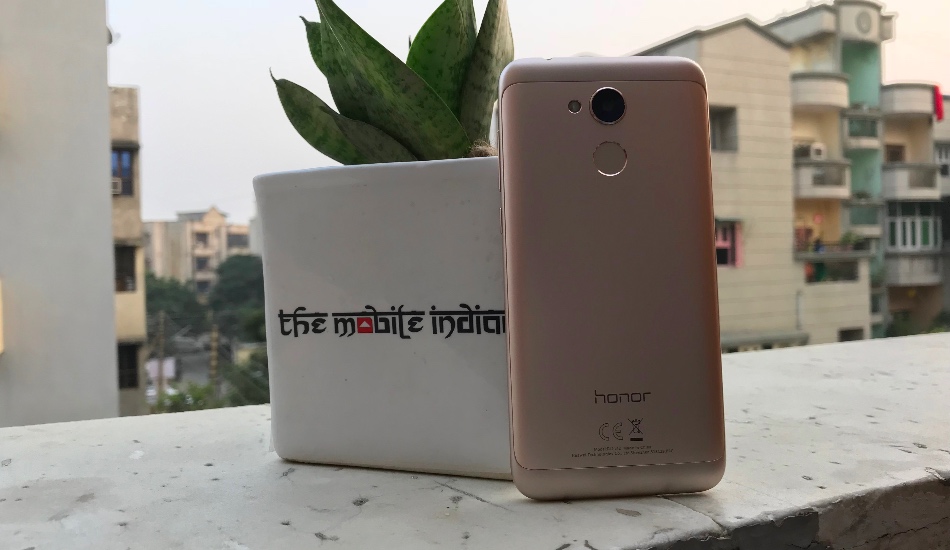 Coming to the selfie camera, the 8-megapixel shooter does a decent job in most of the conditions, but does not capture natural-looking selfies. Even when the beauty mode is disabled, the camera shoots less faded images. Other than this, while enabling the beauty mode, the camera produces some unnatural blur to give a fair and spotless face in selfies. However, the pictures look pretty decent and nice, but theyare not natural. 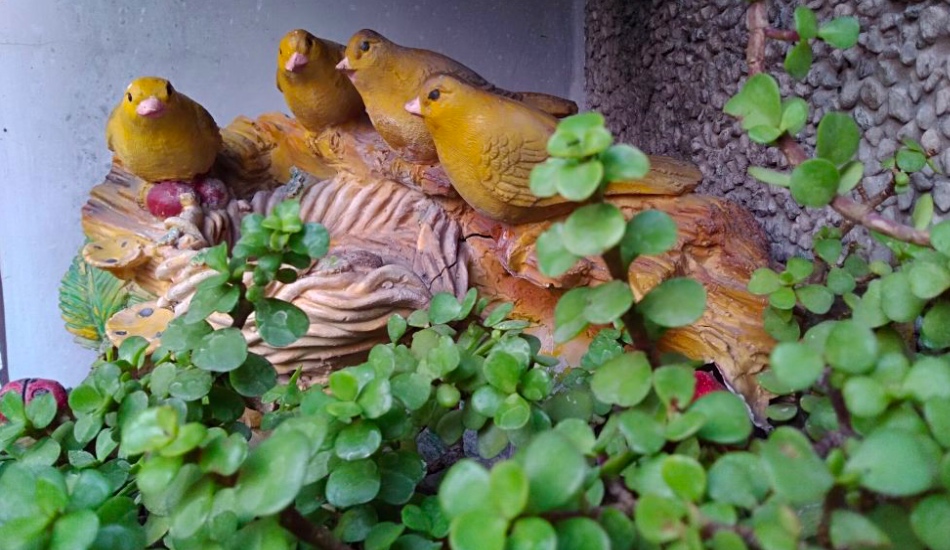 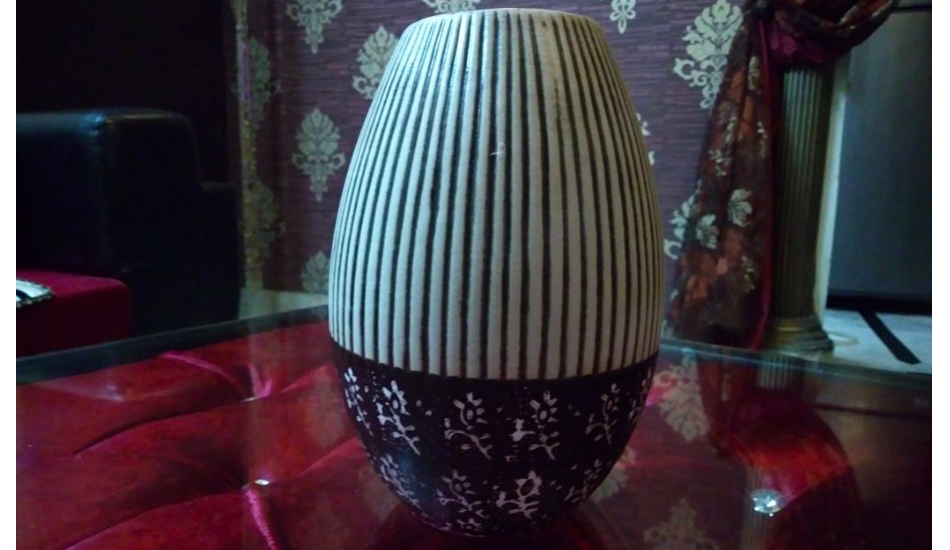 The Honor Holly 4 Plus runs on Android Nougat with new EMUI 5.1 on top. Unlike Xiaomi’s MIUI, the Huawei has given the option to choose between standard layout and an App Drawer. A good move, indeed.

The EMUI 5.1 also allows one to change the navigation keys according to their wish. The company has also added a floating dock, which makes it easier to navigate, while can also use it to lock screen and clear memory. 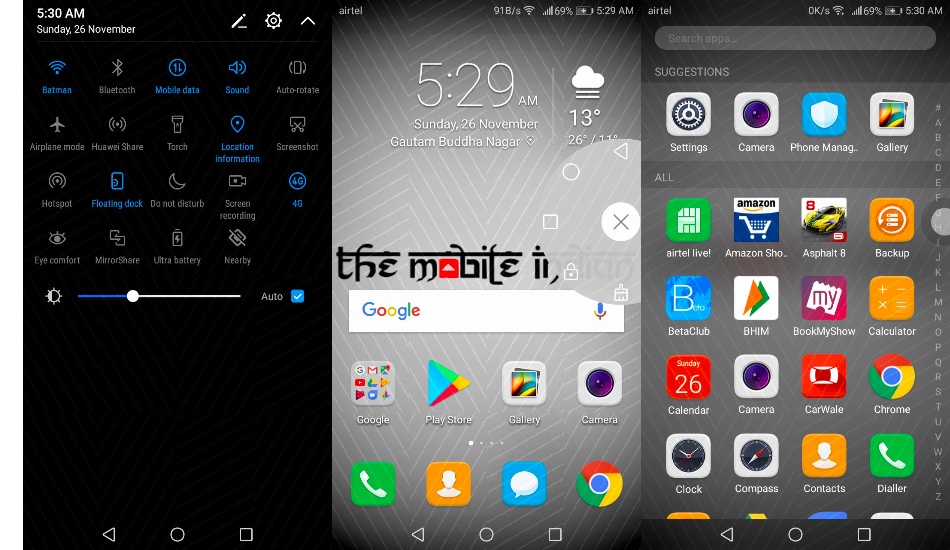 There are some handy fingerprint gestures as well. One can take a picture, answer a call and stop the alarm by touching the fingerprint scanner. Other than this, the smartphones with a Phone Manager app, which takes care of all the optimisation of your device. With the app, one can manage permissions of certain apps, scan for a virus, setup app lock and more.

The Honor Holly 4 Plus is a bit pretty average device at this price point. The phones need some major improvement in the selfie camera and performance departments. As for the competition is concerned, the phone looks like an underdog when you compare it with the likes of Xiaomi Redmi Note 4 and Lenovo K8 Plus.