Coolpad Note 5 Lite First Impressions: Battery and Processor may be a concern 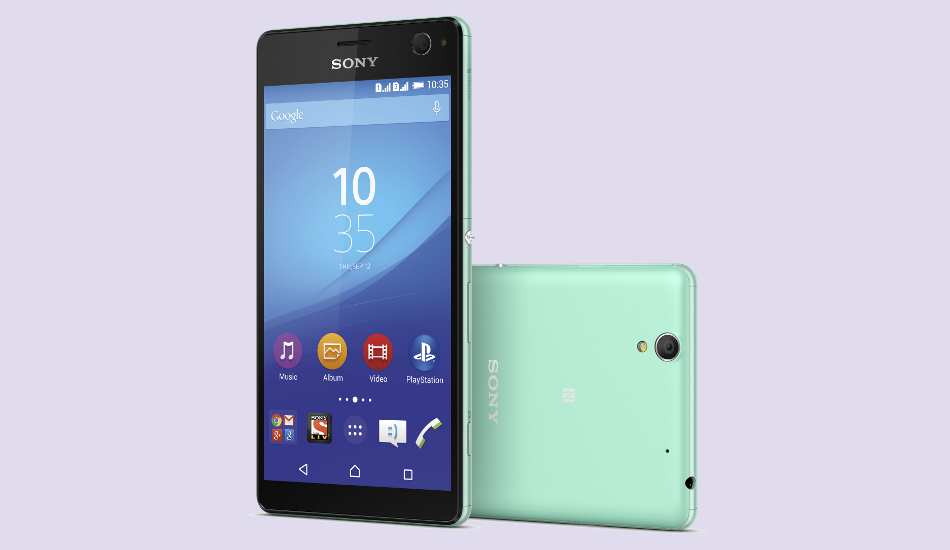 With this price, the Note 5 Lite straightaway heads up one on one against the Xiaomi Redmi 3S Prime. Not only this, Xiaomi is expected to unveil its new Redmi 4 series of smartphones in India next week which will further spice up the competition.

At an event in New Delhi today, Coolpad announced a new smartphone ‘Coolpaad Note 5 Lite’ targeting the budget oriented audience yet again. The device is priced at Rs 8,199 and will be up for sale starting 21st March exclusively on Amazon India. With this price, the Note 5 Lite straightaway heads up one on one against the Xiaomi Redmi 3S Prime. Not only this, Xiaomi is expected to unveil its new Redmi 4 series of smartphones in India next week which will further spice up the competition. Nevertheless, we were at the launch of the Note 5 Lite and got to use the device for some time and here is our first impression. 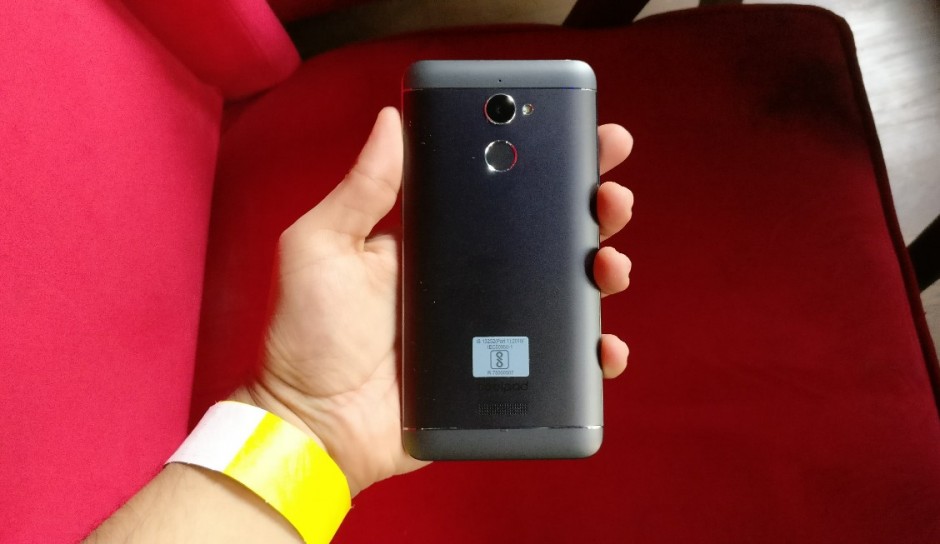 Coolpad hasn’t been that bad in terms of design and the Note 5 Lite is no exception for that matter. The device comes with a metallic unibody design which curves around at the edges to give it a comfortable feel in hands. When I first picked the device, it appeared a lot similar to the Redmi Note 4, apart from the size, of course. The Coolpad Note 5 Lite comes in two colours – Gold and Grey. In the Grey variant we used at the event, we get some silver lining for the antennas and around the edges including the camera module and fingerprint scanner. Briefing you about the device physically, we get the power button on the right, the volume buttons on the left, microUSB port along with the primary microphone at the bottom and a 3.5 mm headphone jack on top. Apart from this, we also get our hybrid Dual SIM tray slot on the right just above the power button. At the back, we have the 13-megapixel primary camera along with LED flash plus the fingerprint scanner. Up front we have the 8-megapixel selfie camera along with a front-facing LED flash and some sensors. At the bottom of the screen, we get three capacitive touch type buttons namely – Back, Home and Recent which are not backlit. Overall, Coolpad Note 5 Lite doesn’t offer anything new but also doesn’t do anything wrong. To sum up, Coolpad has played pretty safely on the design, in our opinion. The device measures at 145.3 x 72.3 x 8.7 mm and weighs at 148 grams. 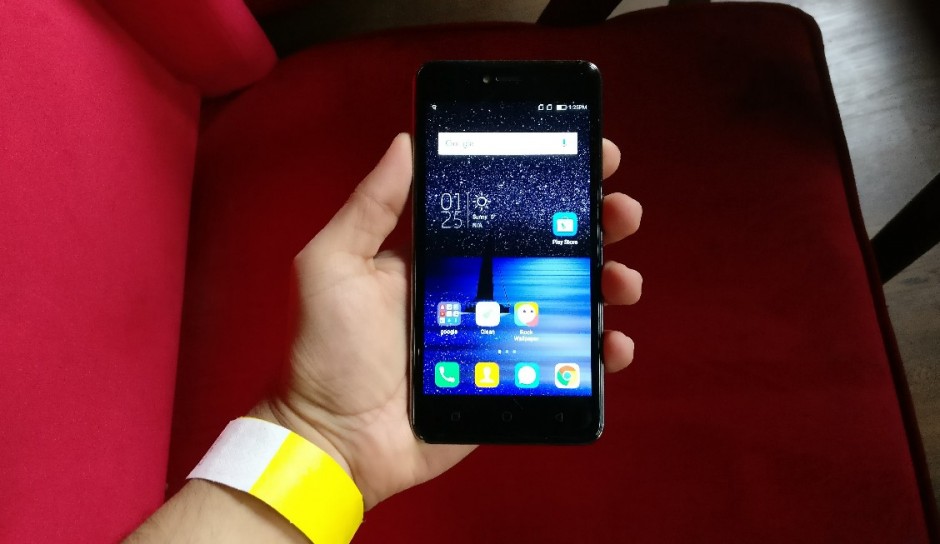 Coming to the display, we get a 5.0-inch IPS LCD display with a resolution of 1280 x 720 pixels and screen to body ratio of 70.6 percentage. In the brief time, we had the device with us, the display looked decent. The colours were accurate and adequately saturated although we can’t comment on the visibility outdoors because we tested the device indoors at the launch. A 720p display on a 5-inch display gives us a pixel density of 294 ppi which will not bother most of the people buying a device in this price segment. 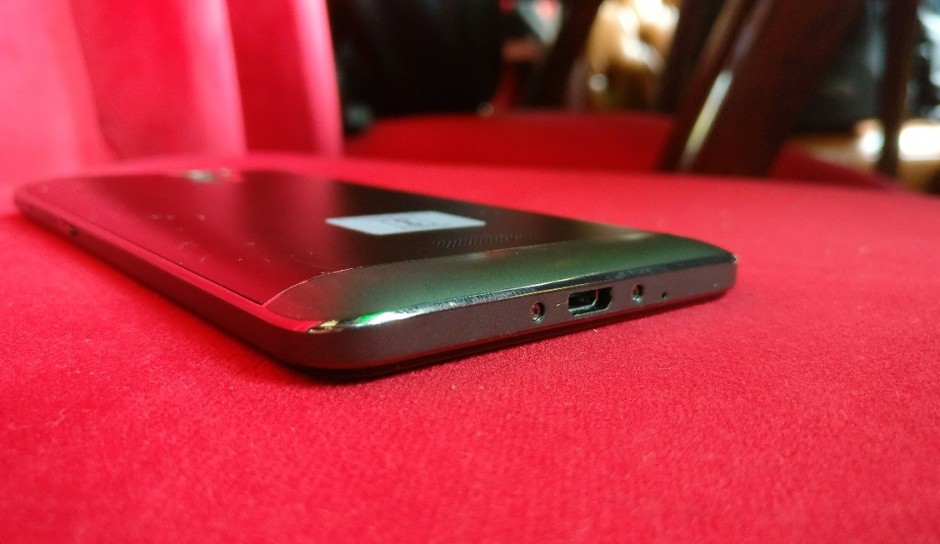 Before we get into the performance, let’s just quickly pull up the internals. The Coolpad Note 5 Lite comes with 1 GHz MediaTek MT7635 chipset which is Quad-Core processor along with Mali 720 GPU for the graphics. The device runs on Android 6.0 Marshmallow with Coolpad’s own Cool UI 8.0 on top. Further, the device comes with 3GB of RAM and 16GB of internal storage which is further expandable up to 64GB via microSD card. Well, though 64GB is a little less for expansion when compared to other devices priced around Rs 8,000, however, not a lot of people in India buy a 128GB microSD card. Nevertheless, Cool UI is not the lightest of Android skins and will certainly eat up quite a bit of RAM. For the internal storage, we get about 9.99 GB as user accessible. In the brief time, we had the device with us, we didn’t face any issues at all. The device was responsive and pretty smooth while navigating across the whole user interface. We do get a bunch of pre-loaded apps (bloatware), of which only of a couple of apps are removable. Coming to the fingerprint gestures on which the company emphasized a lot at the event. The fingerprint sensor (at the back) on the Coolpad Note 5 Lite can take pictures inside the camera app, send and receive calls, open applications and of course unlock your device. We did test out the fingerprint scanner and found it pretty quick even in the standby mode. Rest of it in the performance department will be analyzed once we have the device with us for the review. 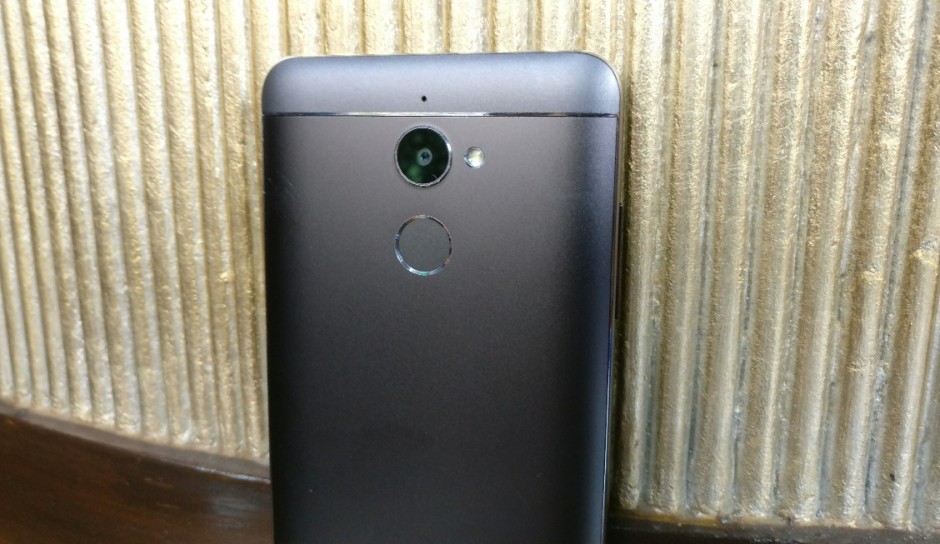 Cameras is something which not a lot of companies focus, at this price range. Now although Coolpad Note 5 Lite is on par in the megapixel game, but we would recommend you to wait for our detailed camera testing before making any sort of judgment about the same. For the specifications, the Note 5 Lite comes with a 13-megapixel rear camera with LED flash and Autofocus while on the front we get an 8-megapixel selfie camera along with another LED flash at the front. Inside the camera menu, we get a GIF mode which enables you to record a video in GIF format, a Pro mode which allows you fiddle with different manual controls and a beauty mode which basically softens the overall pictures (in selfie camera mode). We did snap a couple of images with both front and back camera and based on those shots, the camera looked average at the best. However, this may be just because of lack of testing so wait until we are out with a detailed review. 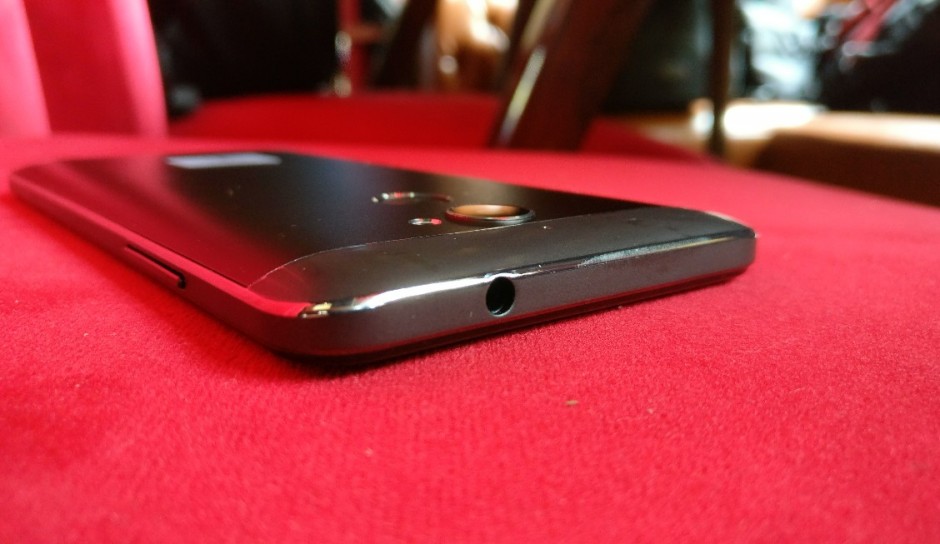 On the connectivity front, the device sports Wi-Fi 802.11 b/g/n, Bluetooth 4.0, GPS and Dual-SIM functionality. The device supports 2G, 3G and LTE network along with VoLTE support for your Reliance Jio SIM. For the sensors, we get an accelerometer, proximity sensor, light sensor and a fingerprint sensor which is mentioned above.

Coolpad Note 5 Lite does hit most of the good points, however, it will surely have a tough time at this price with the likes of Redmi 3S Prime sitting in the same category. Coolpad has had a mixed response with some of the recent devices though the Note 5 Lite is surely a step forward. As a first cut verdict, the Note 5 Lite could have been better in terms of battery and the chipset front and we hope to be proved wrong when we come out with our detailed review.