At around Rs 5,700, the BSNL Penta Smart comes as a nice option with decent performance for entry level Android users.

Design is quite attractive Camera is decent for Rs 5,000 smartphone Performance is good 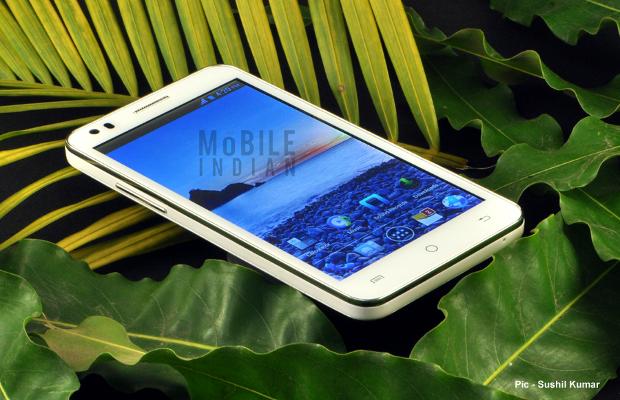 We had this phone in our possession for about two weeks during which we used the phone extensively and tried to explore its features. Here is a detailed account of the phone which would give you a decent idea about its performance and whether you should buy it or not.

The BSNL Penta Smart comes with a 5 inch touchscreen. This display has 480×854 pixels resolution which means it has 240 ppi pixel density. At a time when full high definition becoming a common feature of new generation smartphones, WVGA resolution does not sound good but I never felt the pinch of it. Pictures look good on the phone and it manages to produce every colour with all the intensity. It has also wide angle viewing that is necessary while watching videos and games. 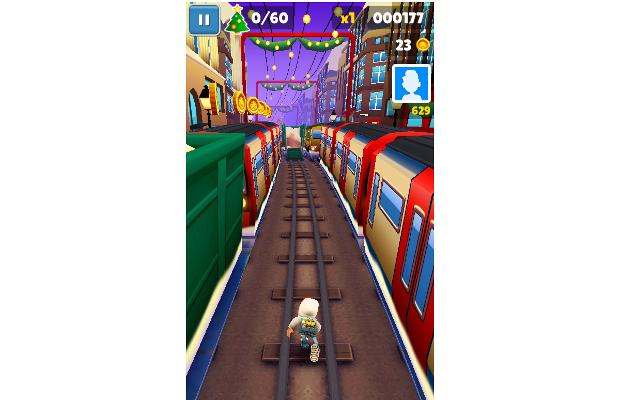 The touch response is a bit erratic; while playing blood and glory, there was an instance when the phone just did not recognised our touch no matter how hard I tried (the phone was not hanged then, its just the screen was not responding). 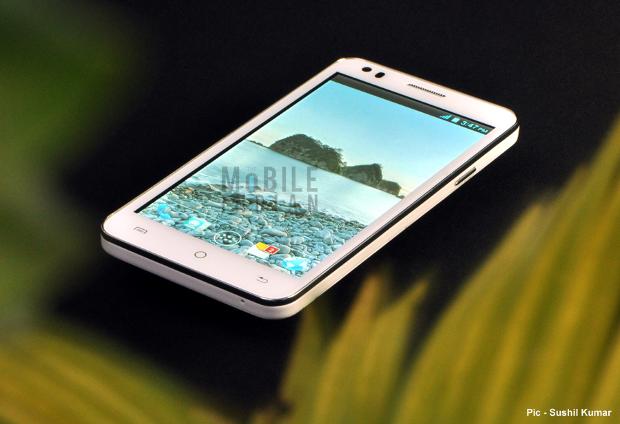 However, the phone lacks enough brightness for outdoor conditions; indoors, you can though operate it even at minimum brightness. 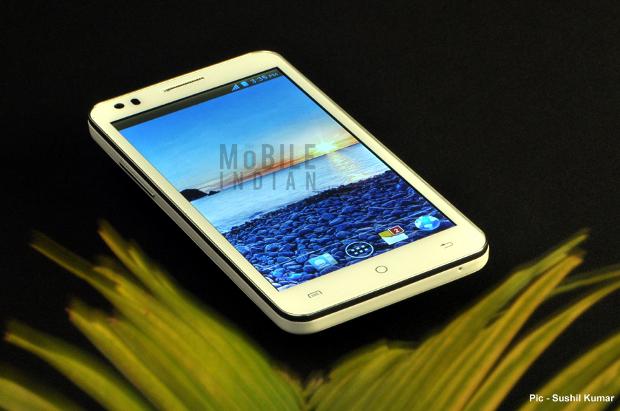 The Penta Smart is decent in its looks. Its glossy back panel and thin chrome strip around the display gives the necessary spark. The brand names, BSNL and Penta, are carved in the back panel and are not easily recognisable in the white colour variant. 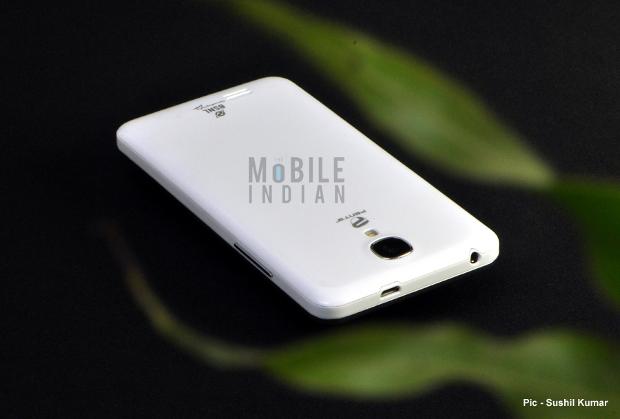 The exact dimensions of the phone has not been revealed by the company but it feels a bit heavy in hands. Its manufacturers have rightly placed the volume rocker in the left hand side while the power button on the right; thus both of which are easily reachable while operating with one hand.

The BSNL Penta Smart PS510 has a 5 megapixel rear camera which is assisted by an LED flash. There is a 0.3 megapixel front camera in the phone as well. Though auto focus feature is available for the rear camera but it takes a lot of time to focus. However, once it manages to focus, the 5 megapixel camera manages to capture decent images. In low light though, images look grainy and is not definitely what I had expected from a 5 megapixel unit. 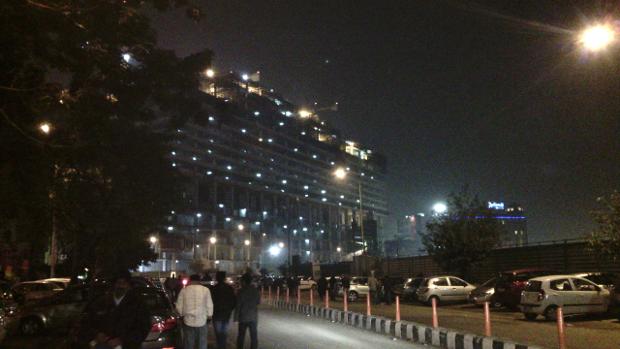 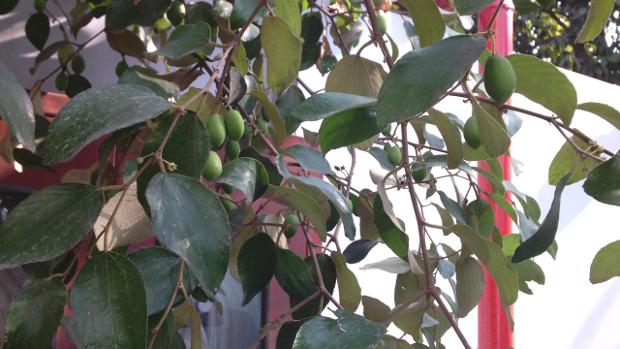 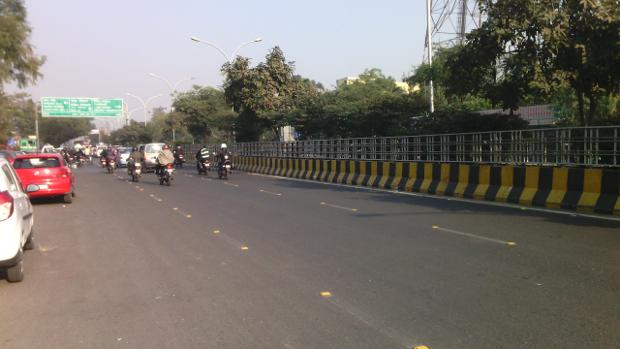 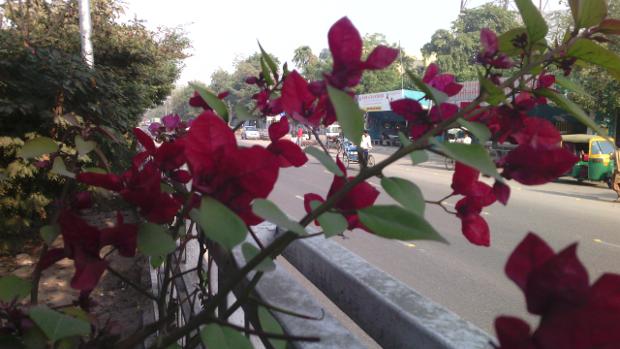 As expected, the front camera should be used for video calling only. Below are few images which would give you certain idea about its camera quality.

The BSNL Penta Smart has only 4 GB of ROM of which 1.3 GB is available internal storage. Though 4 GB ROM is quite common, in most handsets you get atleast 2 GB of internal storage. So you have to utilise its 32 GB expandable to the fullest extent. However, there are many apps which cannot be installed in the SD card (nor can you move them to SD card). So you have to be vigilant all the time about what you are installing on this phone.

The handset has Android 4.2.2 Jelly Bean operating system and comes with a 1.2 GHz dual core processor which is assisted by Mali 400 graphics processing unit and 512 MB RAM. 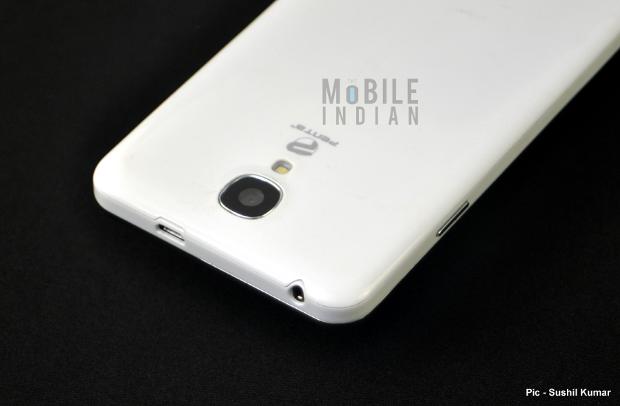 At a time when quad core processors and 1 GB RAM is becoming common, such specification does not enthuse much but the phone despite its lowly appearance managed to play games like Tiki Kart 3D, Subway surfer, Temple Run 2, Benji Bananas etc without much fuss. 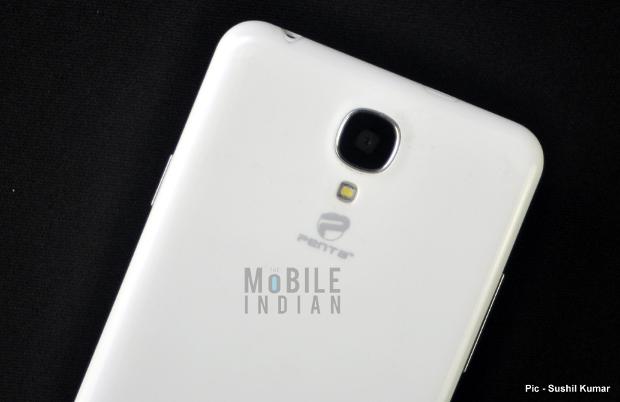 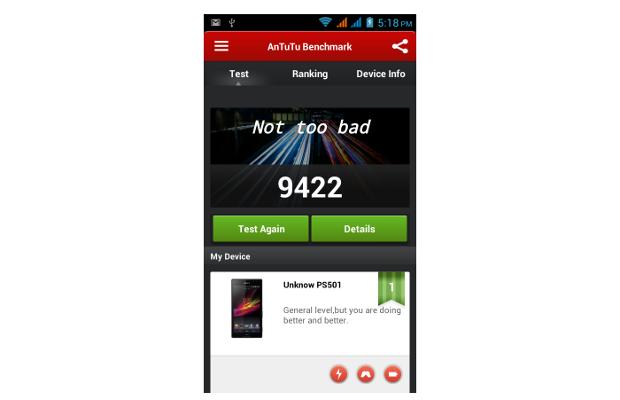 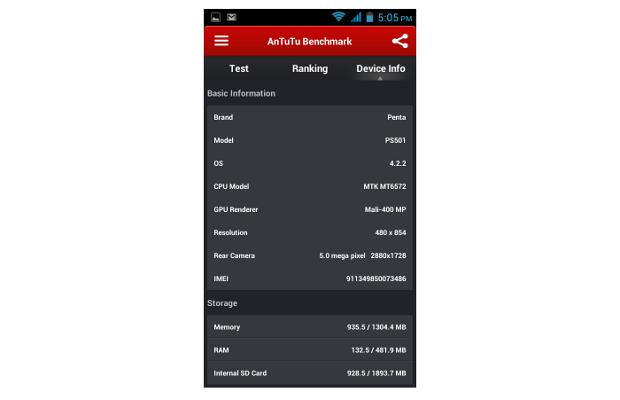 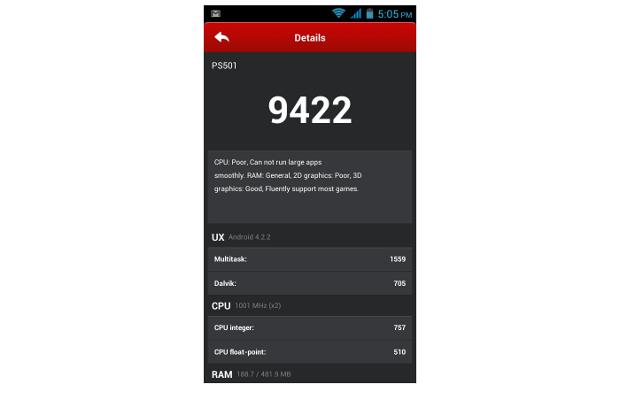 We faced no issues while typing or making phone calls. It has the stock Android user interface without any customisation. Though it cannot run very high end games like Blood and Glory or the Modern Combat but one should not even expect it to do so considering its price.

The Penta Smart has an 1800 mAh battery which barely manages to stay alive for a day with normal use involving half an hour of gaming, an equal time in web browsing and calling. To be specific, it gives around 4 hours of WiFi browsing (with auto brightness); you can also get an equal time for gaming at auto brightness. 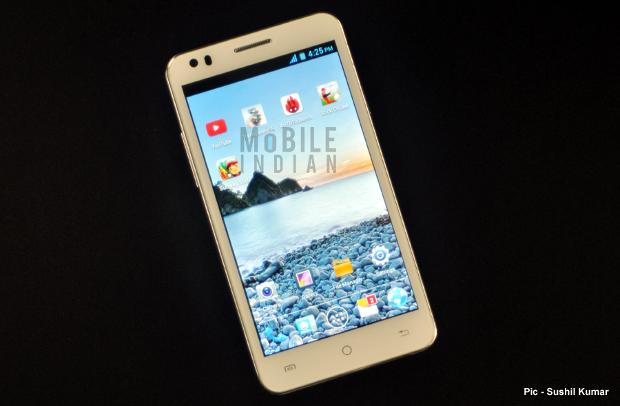 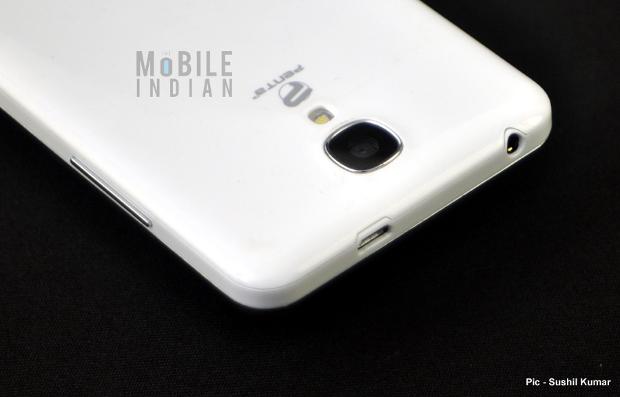 This sort of batter back up is just average, neither good nor bad.

The handset comes with dual SIM connectivity. It has also WiFi and Bluetooth for file transfer. You can use its micro USB port to transfer files as well.

As the above mentioned AnTuTu screenshot says, the BSNL Penta Smart is not too bad for its price of about Rs 5,700. It comes with decent design and provides decent performance. Penta Smart's rear camera also provides a decent output, though its touch focus is not great. However the phone is low on internal storage and battery backup is just average. But for a handset costing Rs 5,700, such performance is really appreciable.