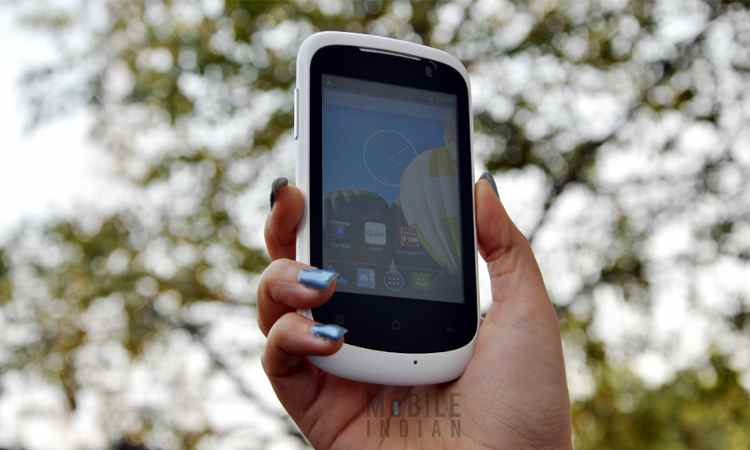 If you are looking for a cheap Android smartphone than you should read this review.

The phones looks quite attractive in its glossy finish Compared to other small screen handsets, typing is quite easy despite the small screen Loud and clear sound 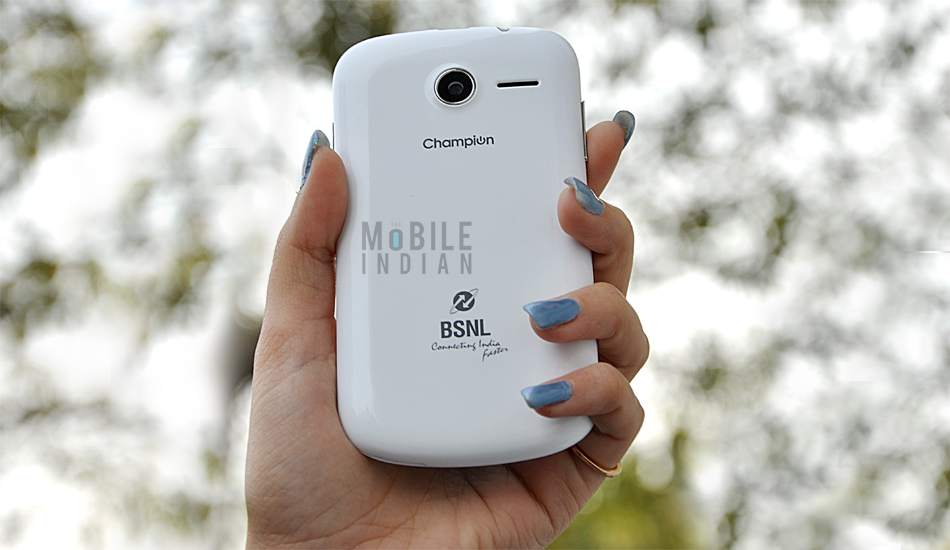 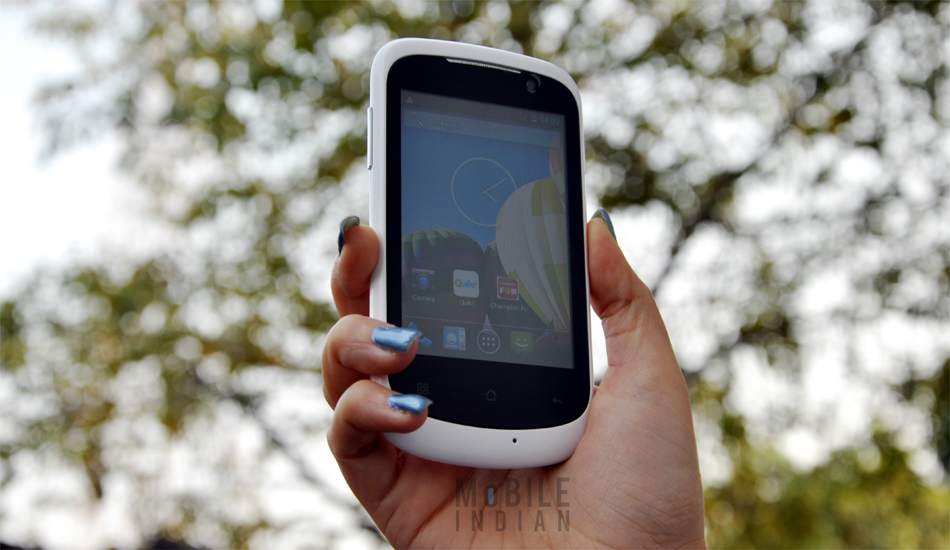 This time we have the BSNL Champion SM3513 Android smartphone which costs only Rs 5,499. Note that it is made by Champion Computers and is marketed by BSNL.

The BSNL Champion SM3513 is a cute little handset that even a child could carry with ease. Its curved side panels makes it easy to hold. To give it the much needed glamour, Champion has armed it with a glossy cover. It comes in both black and white colour variants. We got the white colour version which looks quite adorable. 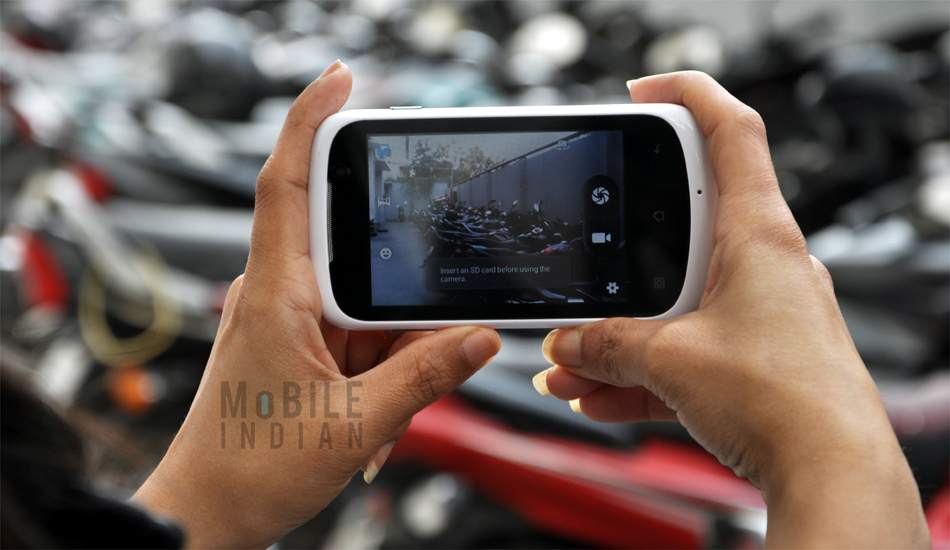 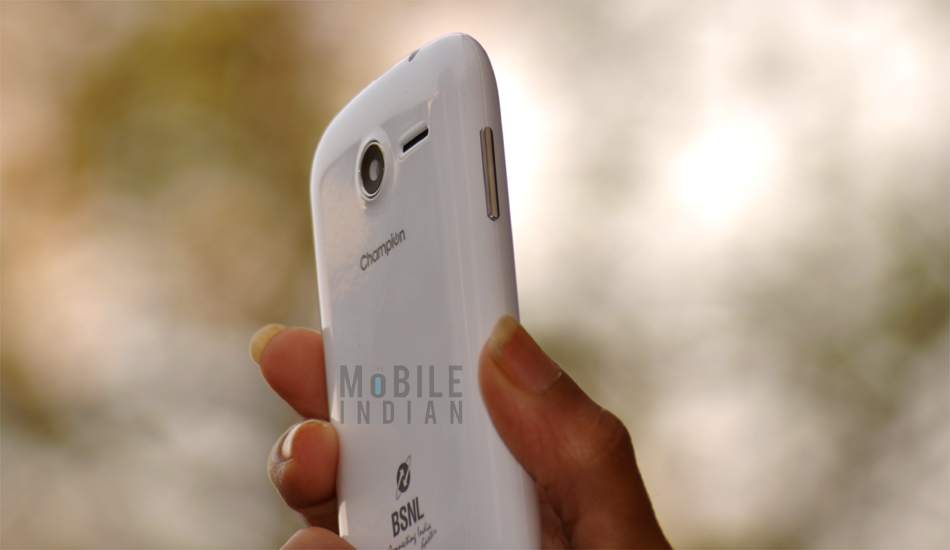 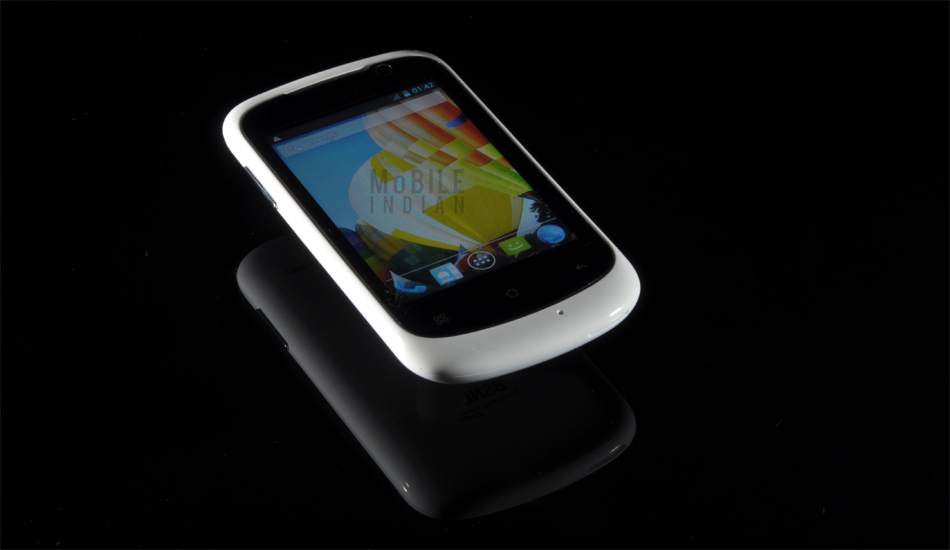 The BSNL Champion SM3513 has a 3.5 inch touchscreen which is capacitive in nature. Below the display, there are three touch buttons (menu, home, return) as well. The response of the screen as well as the touch buttons is quite good most of the time but while playing games, the screen sometimes do not respond. However, typing is quite easy on this screen.

The BSNL Champion SM3513 comes with a 3.2 megapixel rear camera and a VGA front camera. There is no LED flash to assist the rear camera. Such combination is quite common to handsets priced around Rs 5,000, barring few models. 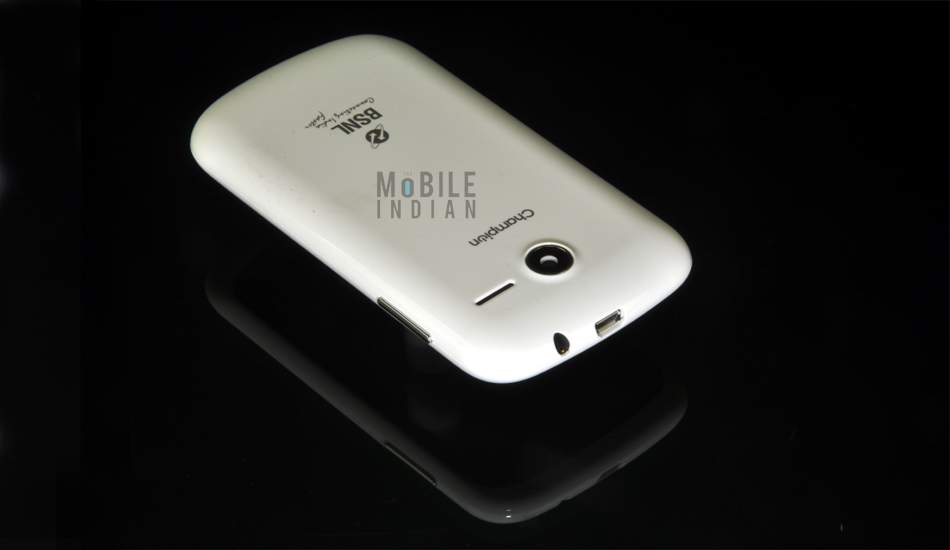 The rear camera does able to capture images as a 3.2 megapixel unit should do and the front camera is also quite good for video calls.

The Champion SM3513 has a 1300 mAh battery which itself looks quite big for a 3.5 inch display bearing smartphone. Being a small device, it has low power requirement. 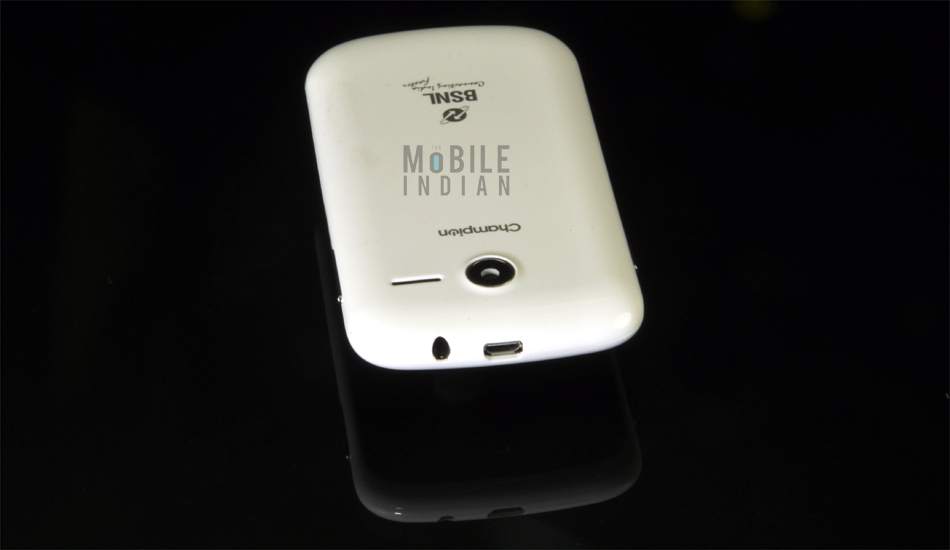 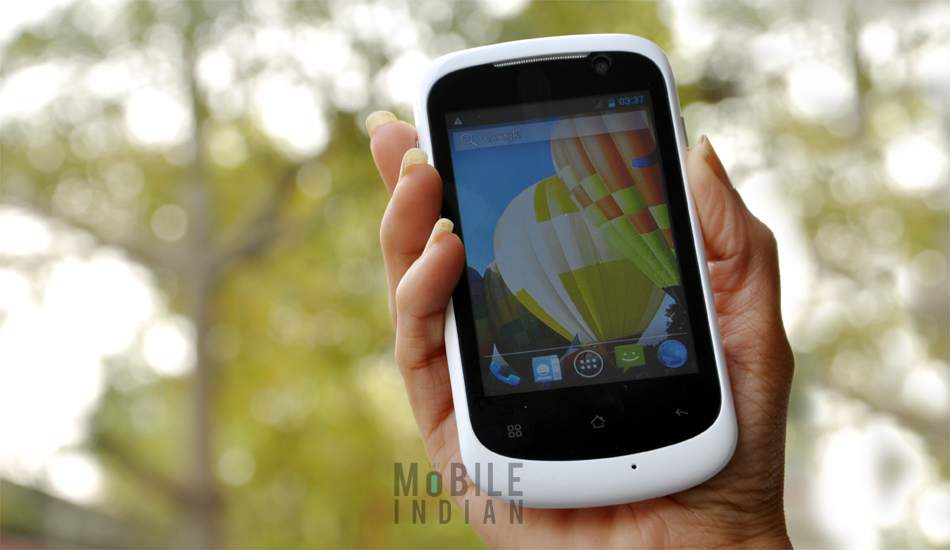 As per the company, the provides 350 hours of standby and it does able to keep the charge for days together (3-4 days comfortably). And as claimed by the company itself, it provides about 5-6 hours of talktime. 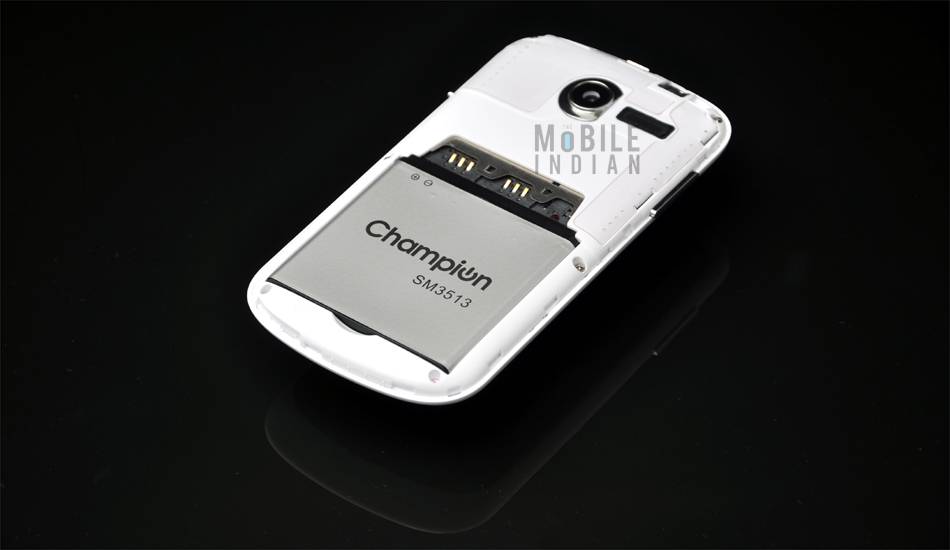 This handset has two SIM slots. Also, this is a 3G smartphone. Besides, it has WiFi for faster connectivity as well but it never gave us a faster WiFi experience though other handsets managed to run even HD YouTube videos with ease on the same WiFi network. You can also create WiFi hotspots using this phone. There is Bluetooth in the Champion SM3513 for faster file transfers. It also comes with USB internet feature that allows sharing the PC’s internet with the mobile. 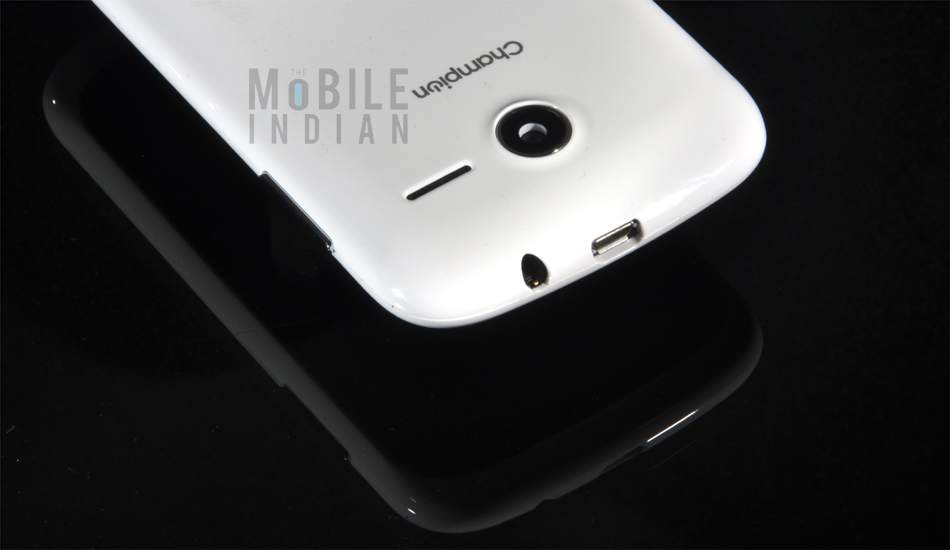 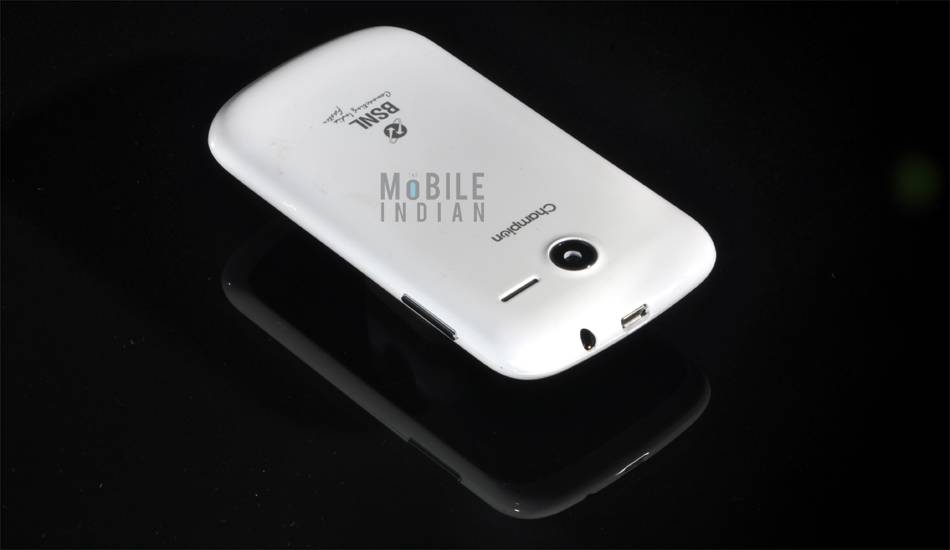 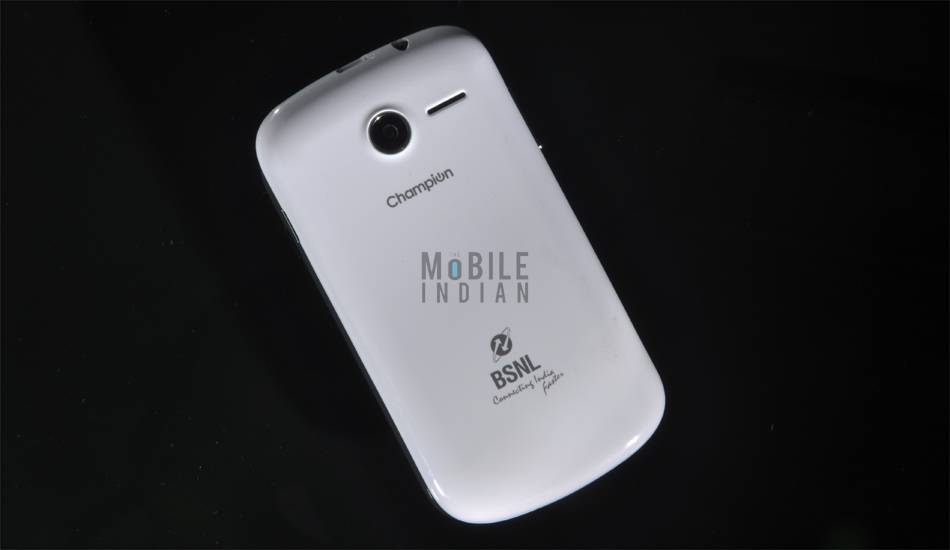 The Champion SM3513 has Android 4.2.2 Jelly Bean operating system which is again appreciable for a budget smartphone as even mid-range handsets also come with the same Android version. It is armed with a dual core processor. It has 512 MB RAM which helps in giving decent performance for most of the tasks other than gaming. It manages to play basic games like Hill Climb, Angry Gran Run, Bike Mania etc but it wasn’t a flawless performance. The phone hangs while opening games and sometimes while playing games. 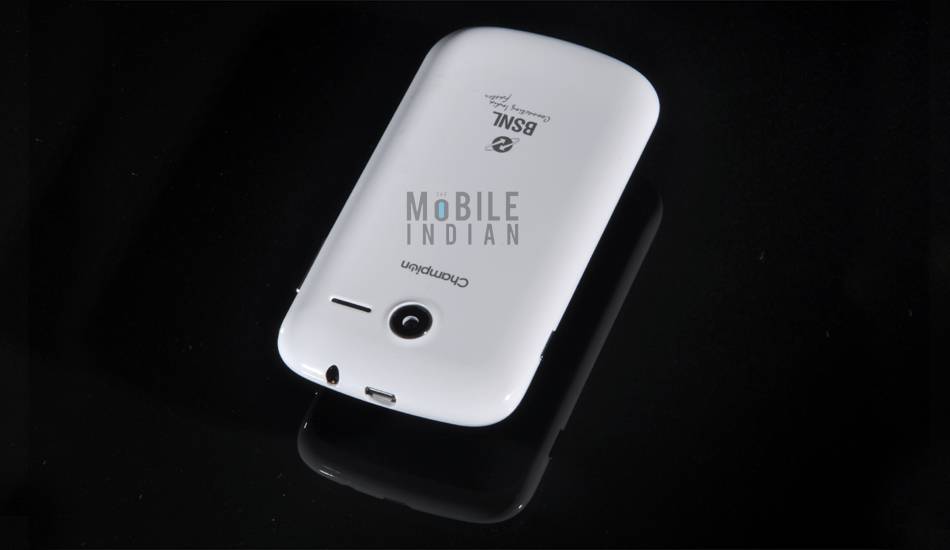 BSNL Champion SM3513 is a decent looking handset but it is just average in most aspects. You will find similar features bearing smartphones even in handsets which are about Rs 500 - Rs 1000 cheaper than this. If you are a BSNL customer and looking for a cheap smartphone then it makes sense to purchase the Champion SM3513 as the teleco is offering 500MB free data and 50 minutes of On-Net voice calls per month for 6 months.