Looks smart and works smarter the M100 from Plantronics keeps the tradition alive.

Since the day of its inception, the name Plantronics has been synonymous with communication aides, be it wired or wireless Bluetooth devices. Its innovative products, such as the Discovery and the Voyager, have their own unique characteristics for which it is known and appreciated and followed by people.

Plantronics has recently added the M100 Bluetooth headset for mobile phone users in its product line. This headset carries a price tag or Rs 4,199.

It features knacks like active noise cancellations and a sleek design. So how well does its proves itself on the given price point, let’s find out.

The M100 has a sleek look and a unique design that gives it an exciting and sophisticated look, which suits both executive and casual attires.

The M100 comes in a dual colour graphite and blue colour tone with a glossy outside and a matte finish in the inside surface.

In a nutshell, the look and design of this device is great and with a slim profile it can be worn every day without any hassles. 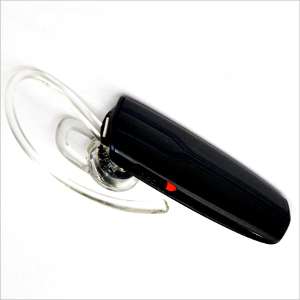 The M100 weighs nine grams and is very appropriate for long time wearability. All thanks to the gel based ear supports and the comfortable ear harness, it stays put in its place and hardly bothers the user while in use. The ear gels also feature a notched design to avoid the ear gel from rotating while wearing, ensuring a comfortable and a care free wear.

Along with the Bluetooth version 2.1, the M100 features Quick Pair technology that eliminates the need to input any passwords to connect the device to the mobile phone.

Also the M100 can be paired to two or more devices simultaneously, making it easier for people to use a single headset with multiple devices.

But it would have been certainly better if it supported simultaneous device connections as well just like the Jabra JX 10. For charging it uses the new USB mini port and has the provision to be charged via PC also.

One of the best features of the M100 is its voice alerts. Users are alerted when the device is switched on, paired, connected and even the battery level, making it a virtually vision less operation.

M100 is even better for iPhone users as it gives the exact battery level on phone’s screen.

The supplied ear gels come in three different sizes so that user can adjust it according to need and use.

There are three buttons in it. The main button is placed on the front side for accepting and disconnecting calls, while the other two to control volume placed on the side of the headset.

This is one department where the M100 shows its real talent. The dual microphone design gives it a fabulous noise cancellation. We tried the M100 while traveling in the Delhi Metro that too during the morning rush hour. Quite amazingly, the audio on the recipient’s side as well as from my side was absolutely flawless. 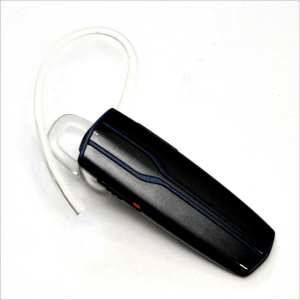 In windy conditions too, the M100 provides noise cancellation to a great extent but the threshold is soon surpassed by strong winds so all of you who were planning to use it while riding a motorcycle would be disappointed and for the good as it is banned to talk over phone while driving.

M100 provides five hours of talktime, almost close to the company’s claim of six hours. Remember, the higher the volume level the lower will be the talktime.

To sum it all up, Plantronics M100 is a great looking Bluetooth headset and a good performing one too. In a sentence it would be beauty with brains. Noise cancellation, Dual microphones for clear voice, Quick pair, multi connect and many such useful features make this a must have accessory for cellphone users, but the only concern is that the price of this will restrain many users from just go and buy this headset.

The price tag although might be more but there are many places like Croma store and online stores like ebay where this is available for a much affordable price tag of around Rs 3,000 or so.

If you are looking for a top notch Bluetooth headset with advanced features and looks, then look no further but while buying just make sure that you check out the price at a couple of places to get yourself the best deal possible.