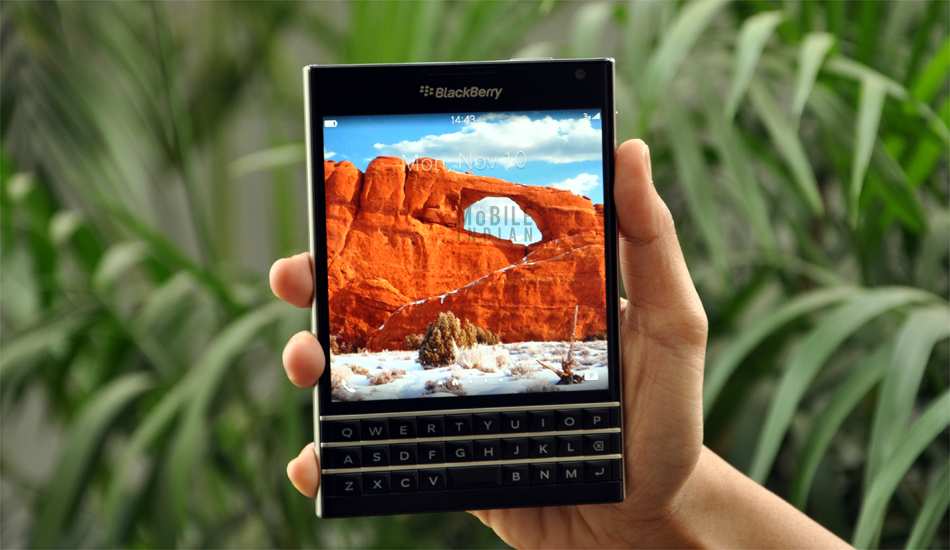 Passport runs BlackBerry's latest operating system, BB10.3, and will have access to Amazon as well as BlackBerry app store

Blackberry today launched its latest smartphone, the BlackBerry Passport, in India for Rs 49,990. The first thing that will grab your attention in this device is its unusual shape which resembles like passport. Also, according to BlackBerry, this device is meant for ‘power professionals’ rather than masses. By power professionals they mean people like doctors, lawyers, chartered accountants and so on. 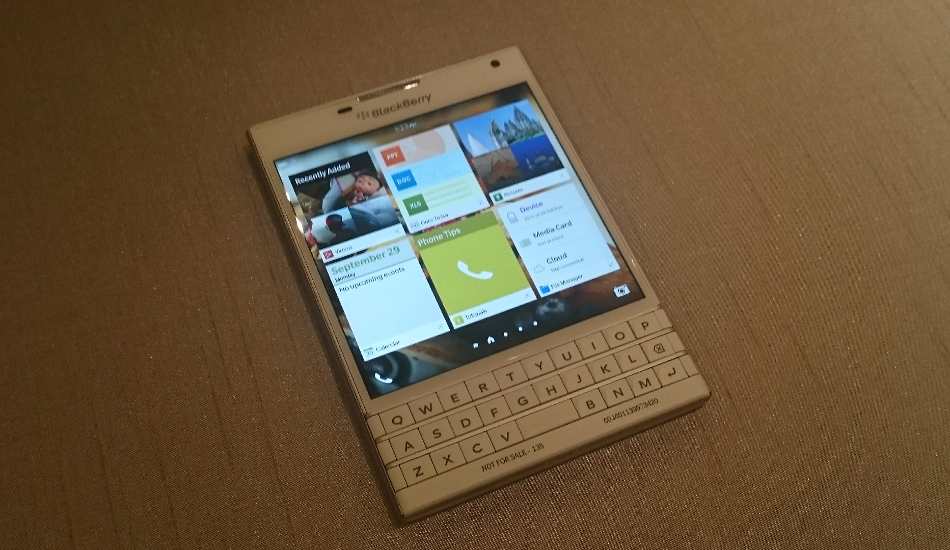 Yes, BlackBerry Passport has an unusual design and may appear quite awkward but when you hold it your hands you will definitely say ‘not that bad’. 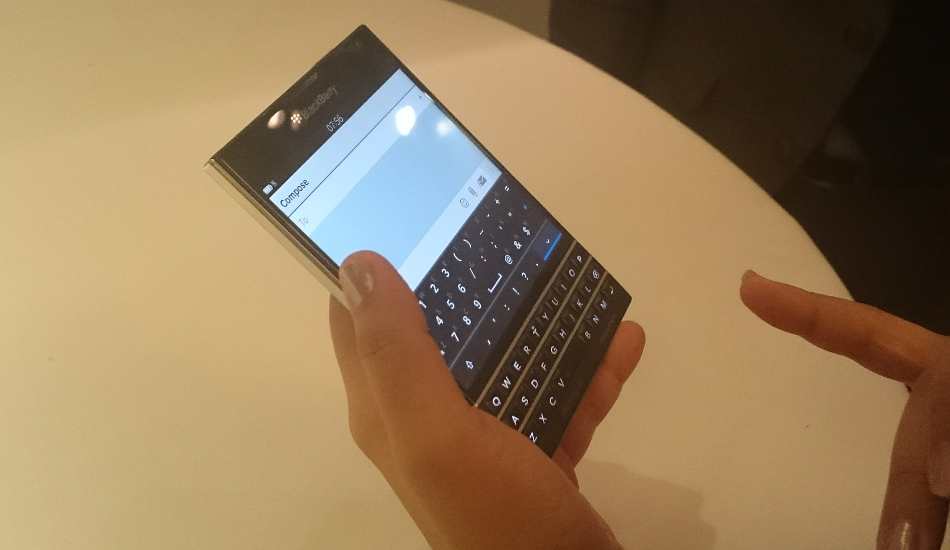 BlackBerry has said that the phone will be available for prebooking from Amazon.in from September 29 (today) till October 10 (next month). Customers who pre-booked the phone will get a gift voucher worth Rs 5,000 which can be redeemed during future purchases from Amazon.in. Frequent fliers with Jet Airways would also receive 5000 complimentary miles to their existing JP account. 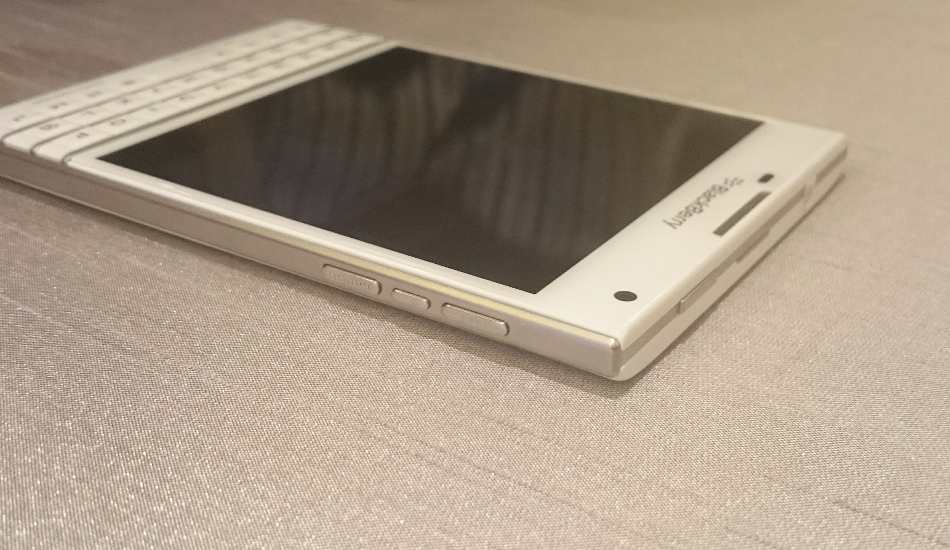 BlackBerry Passport comes with a 4.5 inch IPS LCD display. It is powered by a powerful Snapdragon 800 quad core processor, Adreno 330 GPU, and huge 3 GB RAM. The smartphone also has impressive 32 GB internal storage and an expandable storage slot that can accommodate a micro SD card of up to 64 GB. 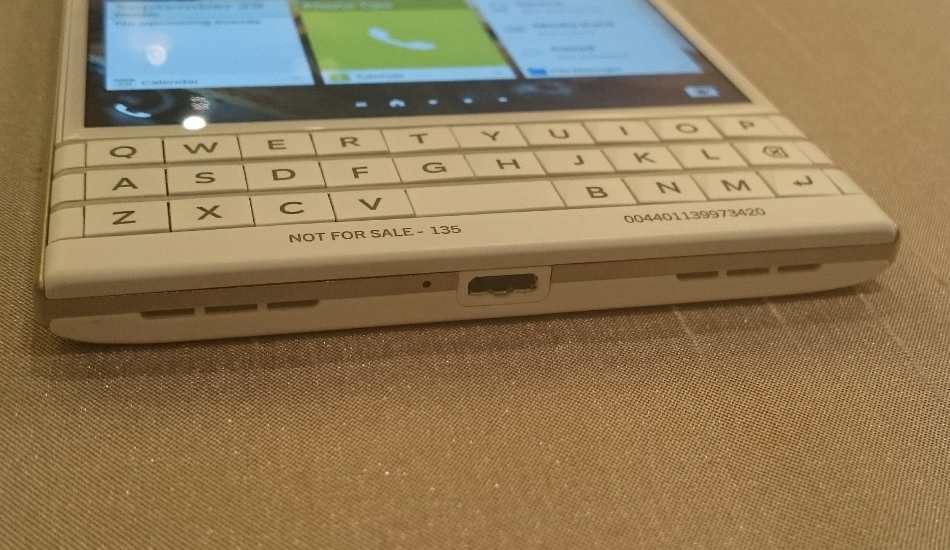 It has a slot for nano SIM and offers plenty of connectivity features including 4G compatibility, Bluetooth 4.0, NFC, dual band WiFi, WiFi Direct, DLNA, WiFi hotspot, and micro USB 2.0 port. Besides, it comes with some nifty features like BlackBerry Assistant, a Siri like software. It also comes preloaded with BlackBerry browser which is said to be much faster than others and can show a full desktop webpage. 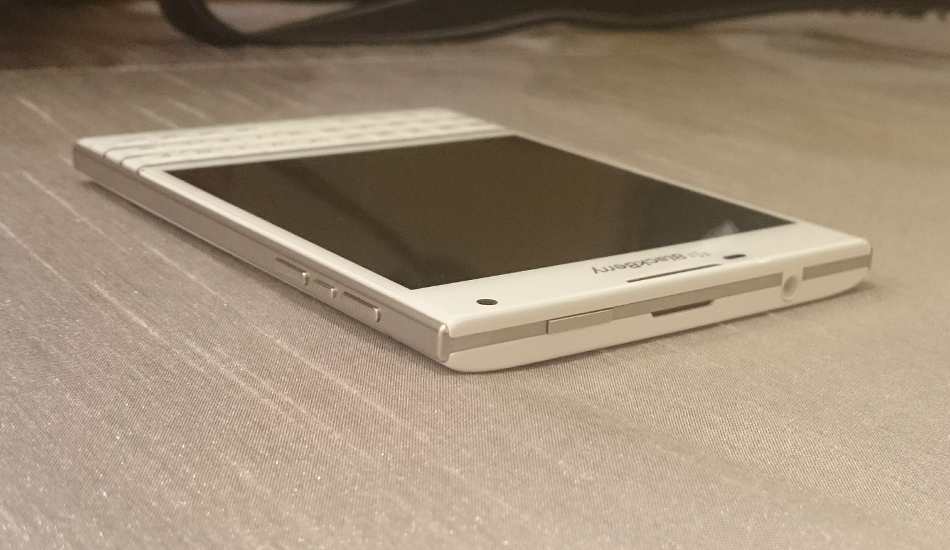 A couple of things that you can take for granted in Blackberry Passport because of the company’s legacy are security and power back up. Though we haven’t checked the power backup of the device but we can safely assume that 3450 mAh battery will not disappoint. 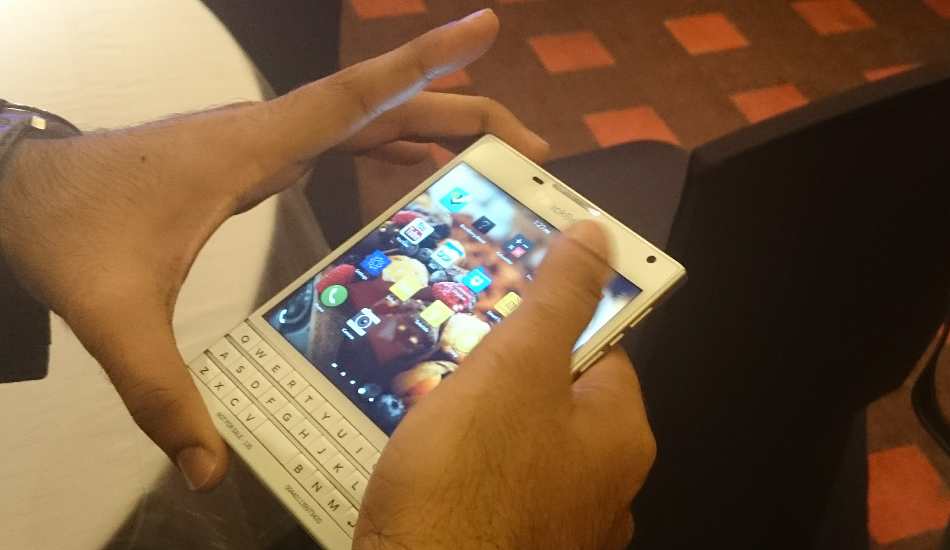 Passport runs BlackBerry’s latest operating system, BB10.3, and will have access to Amazon as well as BlackBerry app store. In the brief time we spent with the device, we couldn’t test how the apps appeared and behave on device. We share our views on that when we do detailed review of the device.

BlackBerry Passport sports a physical key pad which also doubles up as a cursor and a scroll and during my initial usage I found it satisfactory. One has to use both the hands to type on the device. I guess one needs to get hang of it before labelling it as good or bad move. So we will hold back our judgement till we do an in-depth review. 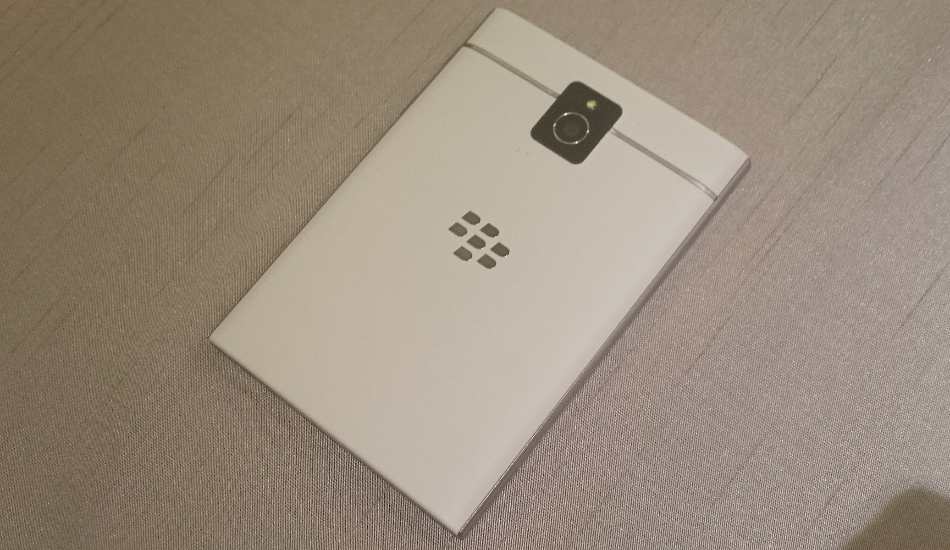 The BackBerry Passport has the “hubâ€ feature that consolidates all of your mails, messages, social media feeds and so on into the one place for collective viewing. 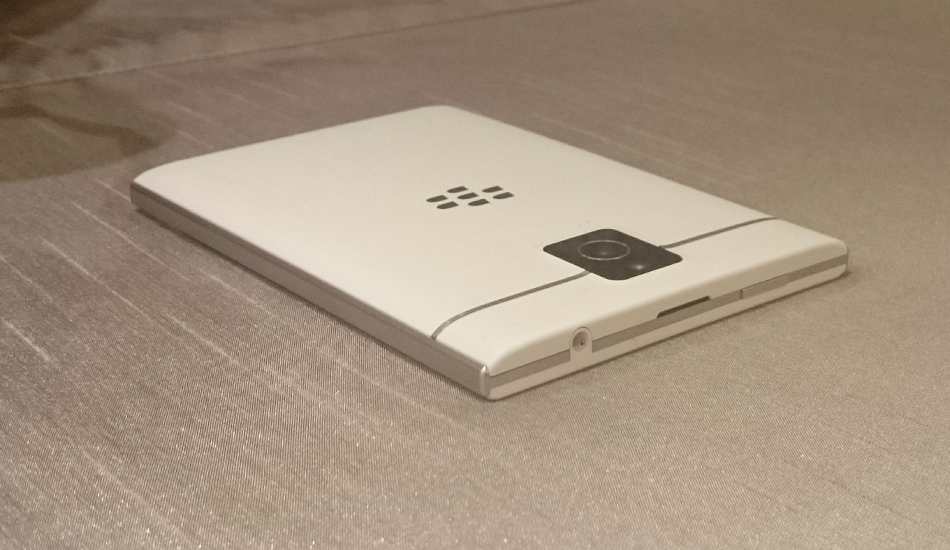 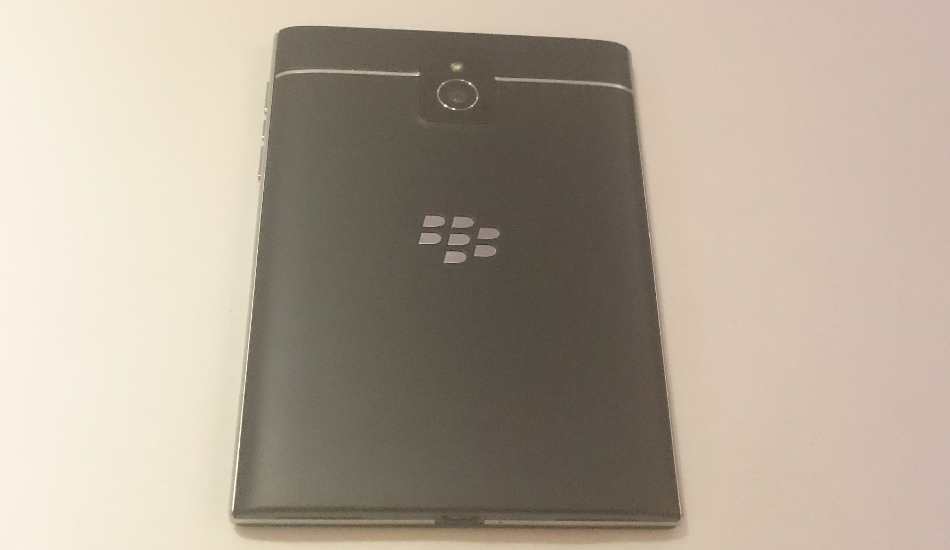 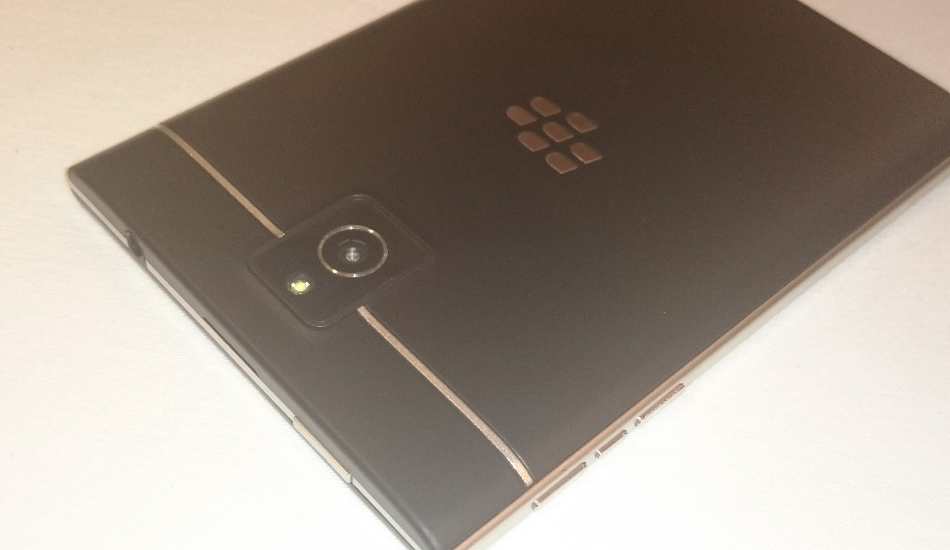 As far as the camera is concerned, its 13 megapixel rear camera was quite good but the front camera was found wanting as the shots or sefies taken with it lacked clarity.

Overall, our first impression of Passport is that it looks like a solid device which can't be bent and I would recommend it primarily for hardcore professionals and not general consumers. To really understand how good this device is one has to use and explore it. Since we have not reviewed the device in totality we will reserve the verdict till the time we do its complete analysis.