Asus ZenFone Zoom has an unibody aluminium frame with a chrome finishing that looks impressive and provides easy gripping.

Asus, as a handset brand, has never shied away from doing experiments with different permutations and combinations with its handsets in order to add a new element to its smartphone lineup. 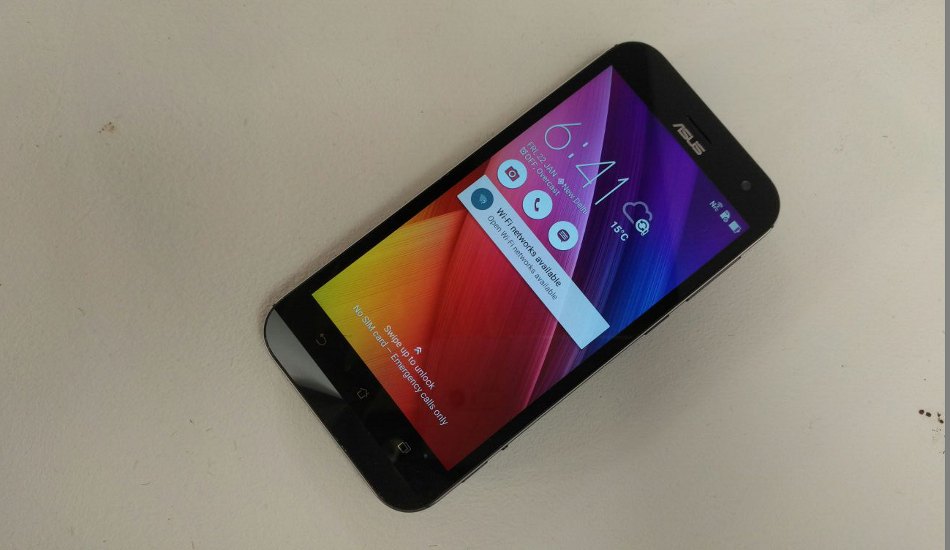 The ZenFone Zoom is another attempt of Asus to offer something different to the people. The Asus ZenFone Zoom is the company's first attempt to create a smartphone-camera hybrid. It is one of the few phones in the world that come with optical zoom facility. Do not confuse it with digital zoom that you will find in most smartphones these days. 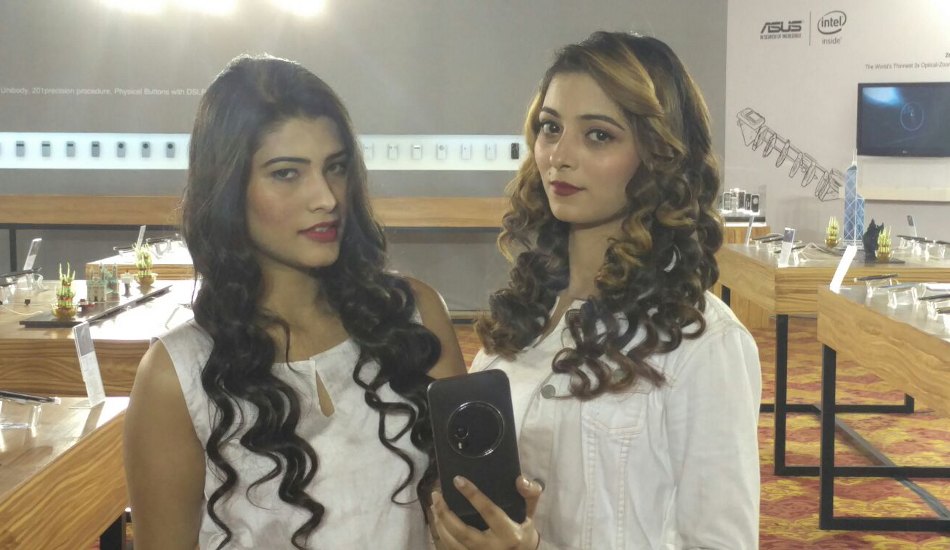 We have here discussed all the properties of Asus Zenfone Zoom including its optical zoom facility in detail. Read on. 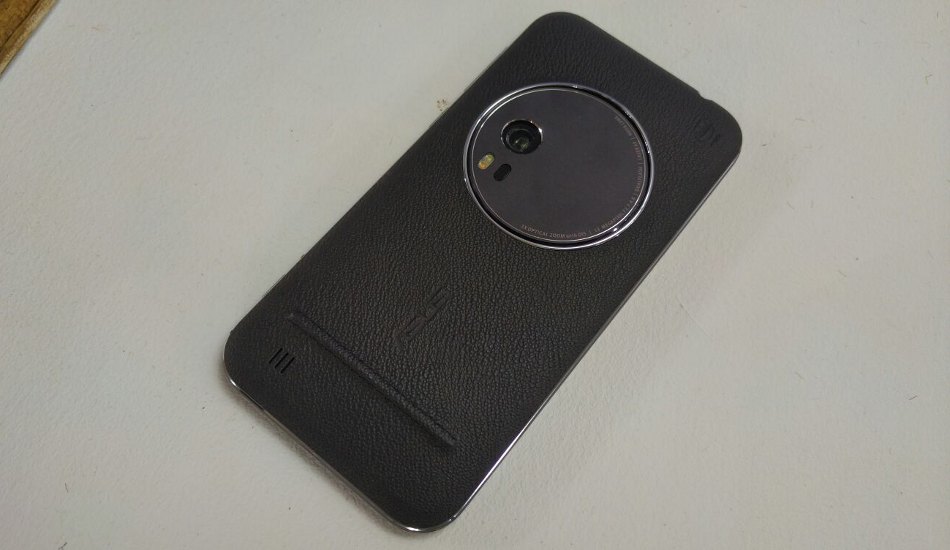 Besides this, Asus ZenFone Zoom features a 5.5-inch FHD display (1920 x 1080 pixels) along with Corning Gorilla Glass 4 and has anti-fingerprint coating too. It is powered by a 2.5 GHz quad-core Intel Atom Z3590 processor and 4GB RAM. The Zenfone Zoom comes in two variants - one has 64GB internal storage and another has 128GB inbuilt memory. Both the versions have expandable storage slot that can hold a micro SD card of 64 GB. The handset runs on Android 5.0 Lollipop operating system with ASUS ZenUI on top and is packed with 3000 mAh non-removable lithium-polymer battery along with ASUS BoostMaster technology that charges the battery from zero to 60 per cent in just 39 minutes.

Asus ZenFone Zoom has an aluminium frame with a chrome finishing that looks impressive and provides easy gripping. The back panel, which is a removable one, is made of plastic and has leather finishing on top of it. There is also a big dial on the back panel with a chrome ring around it that houses a camera unit. It gives a feeling of a standalone digital camera. Under the back panel, there is a single SIM slot, a micro SD card slot, and a non-removable battery.

The front panel houses a 5.5-inch full-HD IPS display that has thick bezels around it. It looks a bit odd because nowadays most of the smartphones have thin or negligible bezels. There are three capacitive navigation buttons at the bottom of the display which though are not backlit. 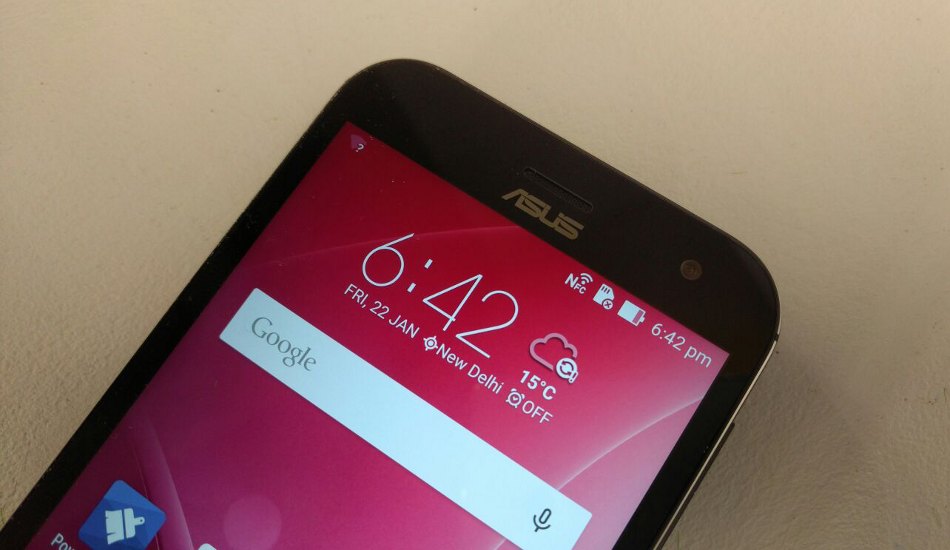 On the side panel, there is a dedicated camera shutter and video recording physical buttons and in the same panel, there is volume rocker and power button as well. There's a standard Micro-USB 2.0 port at the bottom along with a lanyard loop to its left and 3.5 mm audio jack on the top.

Overall, the Asus Zenfone Zoom has good look and feel, it feels quite sturdy as well. As the company has put in an optical zoom lens into the body of the smartphone, it doesn't sport a slim and lightweight profile as most other smartphones available in the market.

The Asus Zenfone Zoom has the Android 5.0.2 Lollipop operating system but it has a heavily customised UI, called ZenUI. It comes with the ZenUI 2.0 version which is so much customised that you may find a very little resemblance with the vanilla Android UI. 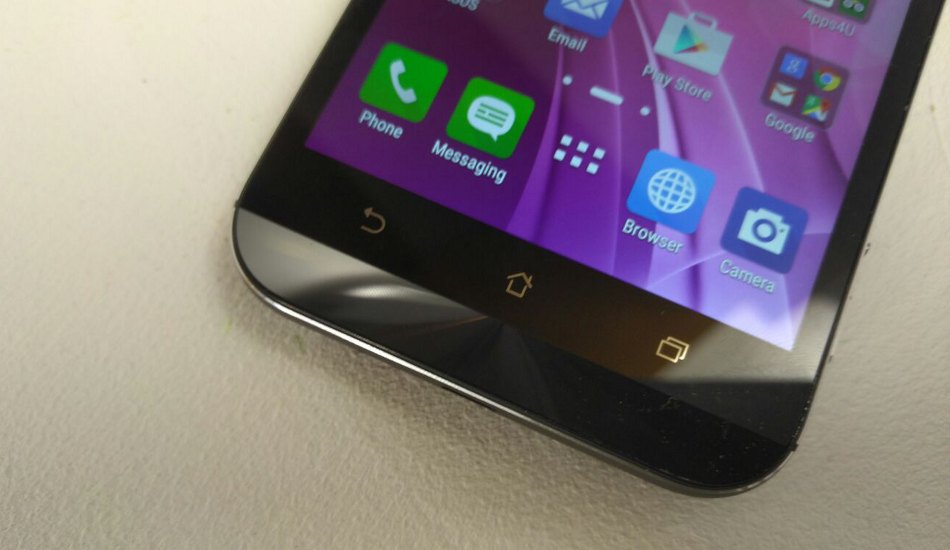 The interface has plenty of icon packs, themes, wallpapers to choose from. Asus continuously offers themes and wallpapers for different occasions as well. Besides, it has useful features like power saving mode, kids mode, one hand use mode, movie maker, photo collage, file manager, and a social network like an app called ZenCircle.

In short, there are so many things on the phone that you need months to explore those. However, the downside is that sometimes it seems a bit cluttered and for many these would seem like unnecessary apps or bloatware.

When it comes to performance, the ZenFone Zoom is able to undertake any task thrown at it with ease. Be it gaming, surfing or multitasking. During the prolonged gaming and video watching session the device tends to get a bit warm but it is not alarming. 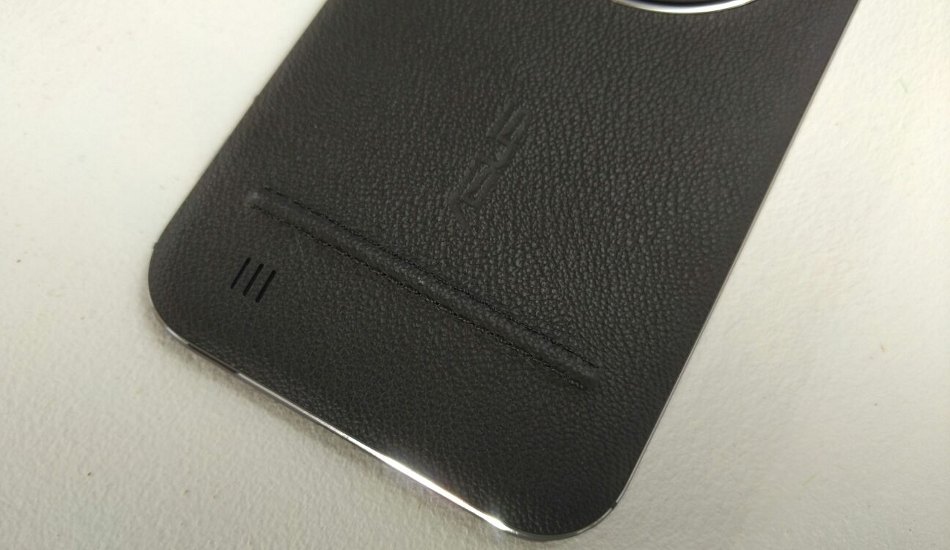 What I didn't like in Zenfone Zoom is that its battery charge depletes quite rapidly while playing games and while using the phone on roaming. Also it supports only one SIM. 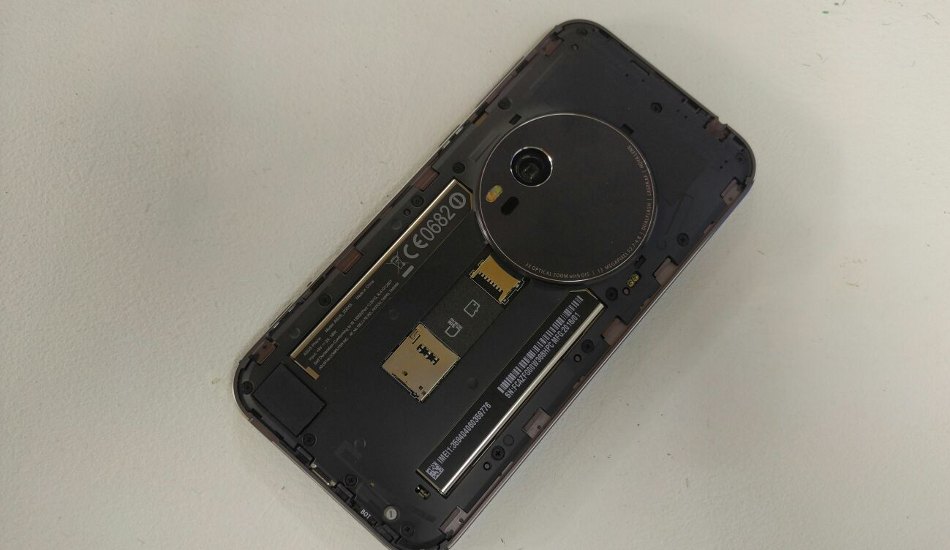 On an average usage - that is half an hour of calling and surfing, 15 minutes of gaming and around 15 minutes of photography - Asus ZenFone zoom will last around 6.5 hours. On heavy usage, it deteriorates further. The battery backup is a major pain point in the device.

Now is the time to discuss the X factor of the device, i.e. its camera capabilities. Any type of shot taken in natural lighting comes out pretty well. Shots taken with maximum zoom are decent but lack sharpness and in some cases, detailing is also missed out. In low lighting condition, the pictured are just decent but they usually have lot of noise. 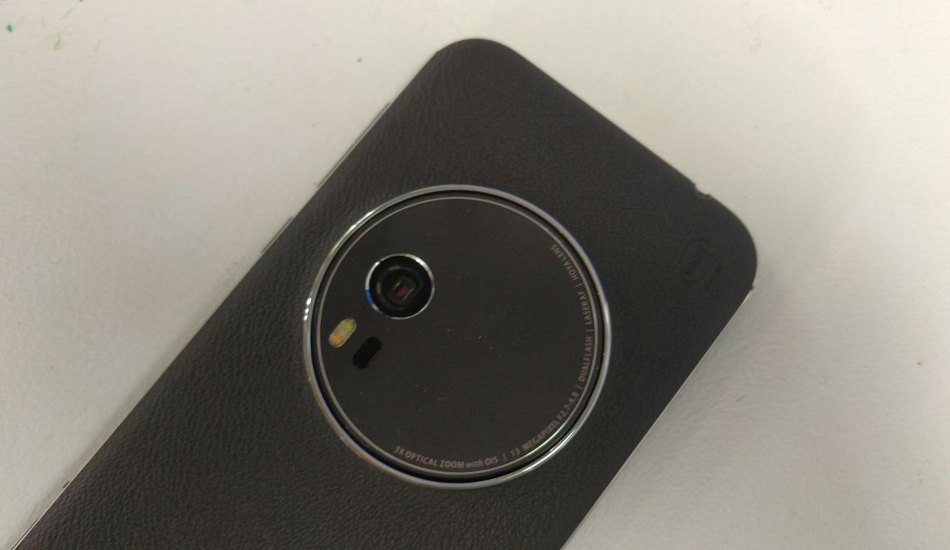 Anything that is captured in good lighting and with maximum 50 per cent zoom has a good amount of detailing. 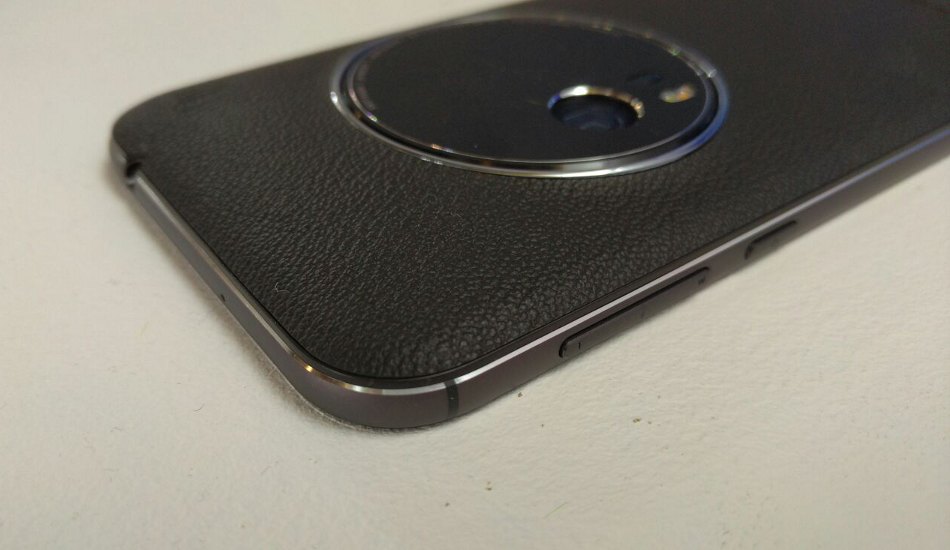 The Zenfone Zoom is quite quick to focus but the speed of zooming is a bit slow. The physical camera and video buttons deliver what they are meant to do. The dual LED flash is good for close up shots but for long shots it is insufficient.

The Asus ZenFone Zoom has a premium price tag of Rs 37,999 which is may not go well with a lot of people as having an optical zoom is not a necessity in the phone. It terms of experimentation, Asus has done a decent job with ZenFone Zoom but there are miles to cover before they stop. The battery department needs a serious relook and UI needs to be freed of the clutter.