Asus Zenfone 6 First Impressions: This is probably the best innovative smartphone from Asus!

The phone is loaded with top-notch performance and hardware, making it the contender of the flagship of the year.

Asus has today announced the launch of its latest flagship smartphone, the Zenfone 6. The smartphone has been launched in Europe and it will soon hit Indian shores as well.

Asus was probably one of those brands that implemented the latest technology quite effectively to this smartphone range, though it was not at the forefront when it comes to some unique innovations. However, with the Zenfone 6, the company has managed to turn the tables. The company has introduced a new flip camera mechanism, which is quite unique. The phone is loaded with top-notch performance and hardware, making it the contender of the flagship of the year. We spent some time with the device and there are our first impressions. 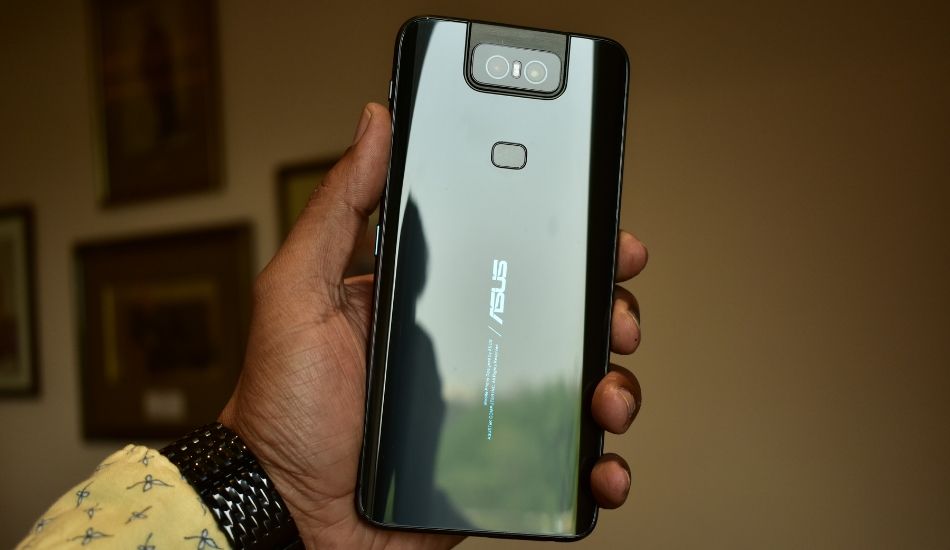 Starting with the design, the Asus Zenfone 6 looks quite premium with the combination of glass and metal body. The back panel comes loaded with a glossy finish and the gradient finish looks quite attractive in our opinion. The front panel features a bezel-less screen and there is no notch. This makes provides an immersive experience. The phone feels solid when you hold in your hand, though smudges will be a major problem with this. But you escape the smudges in today’s world. Can you?

Giving some brief about ports placement, the right side houses power on/off button along with volume controls and there is a smart key at the top. The smart key is used to invoke Google Assistant and the good thing here is that the company has given you an option to re-map it. So, for example, you can select the different sound mode with a single press, flashlight for double press and with press and hold, you can take a screenshot. Neat isn’t it! The left side houses SIM slot with triple SIM slot. The base of the device features a 3.5mm audio jack along with USB Type-C port and speaker grille. 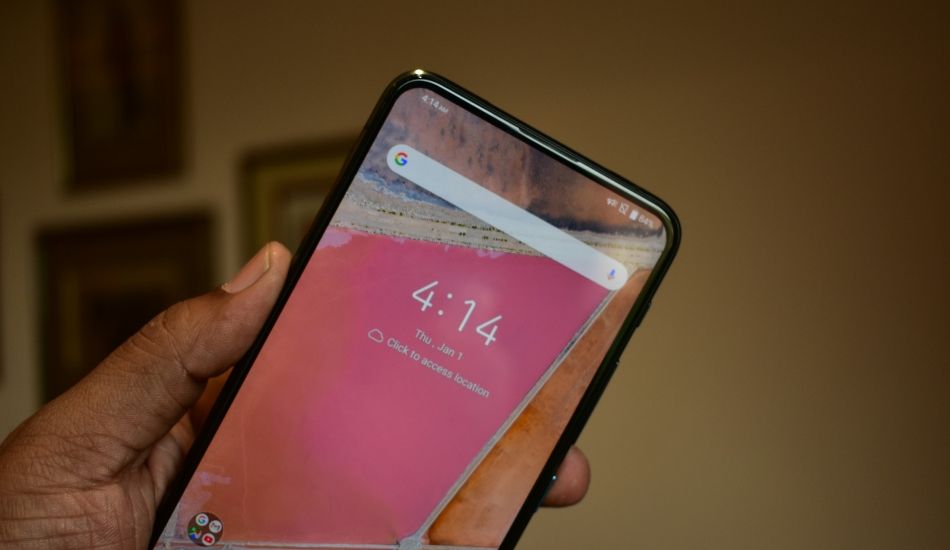 Coming to the display, the Asus Zenfone 6 is equipped with a 6.46-inch Full HD+ AMOLED NanoEdge display with a screen resolution of 2340 x 1080 pixels. During our brief testing, we found out that the display delivered some crisp details and the colours look quite vibrant. The brightness is up to the mark and you can thank 600nits for this. The screen is quite impressive in nature and surely looks interesting. 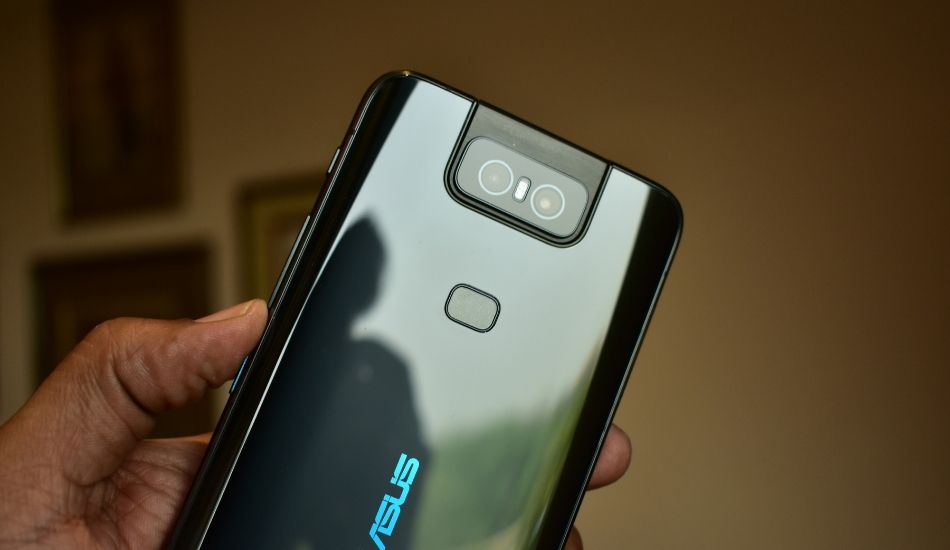 Coming to the major highlight of the smartphone, the Zenfone 6 features a dual-camera setup. The phone is equipped with a 48-megapixel primary lens with Sony IMX586 sensor, f/1.79 aperture, laser autofocus and LED flash, while the secondary camera is a 13-megapixel wide-angle lens with 125-degree field of view.

Now, let’s talk about the flipping mechanism of this smartphone. The camera basically flips when you press the camera switch button, which can be found just adjacent to the shutter button. The moment you hit the switch, the camera flips and turns into a selfie camera. This means you get a 48MP selfie camera along with a 13MP wide-angle lens. This is not it. The mechanism can be manually controlled with the help of the switch button. All you need to do is tap and swipe up the switch button and the module will move accordingly. 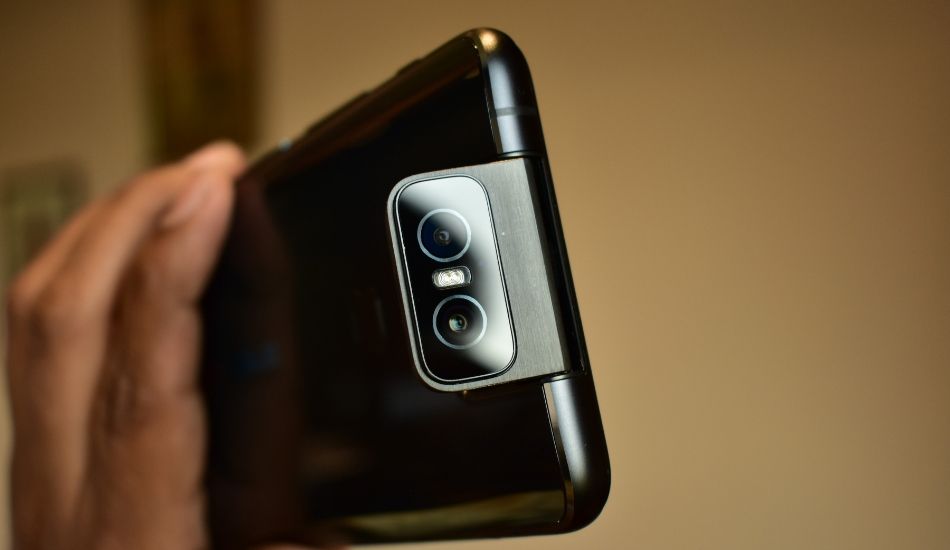 This provides great freedom for shooting photos at different angles, which is otherwise not possible with a normal smartphone. This mechanism comes handy when you are taking panorama shots. The bonus here is that you can both horizontal and vertical panoramas, which is quite interesting in our opinion. We are yet to test out the performance of the camera so we will discuss in when the phone will hit the Indian markets.

On the hardware front, the Asus Zenfone 6 is powered by the latest Qualcomm Snapdragon 855 processor along with Adreno 640 GPU. The phone comes in different memory configurations including 6GB with 64GB, 8GB with 128GB storage and 8GB with 256GB storage. The memory can be further expanded up to 128GB via microSD card slot. The phone is equipped with face unlock. There is also a fingerprint sensor at the back panel. We wished the company could have used an in-display fingerprint sensor, which is becoming a new standard in this range. With this kind of specs, the phone gives a stiff competition to the likes of the OnePlus 7 Pro, Samsung Galaxy S10e and Google Pixel 3a XL. 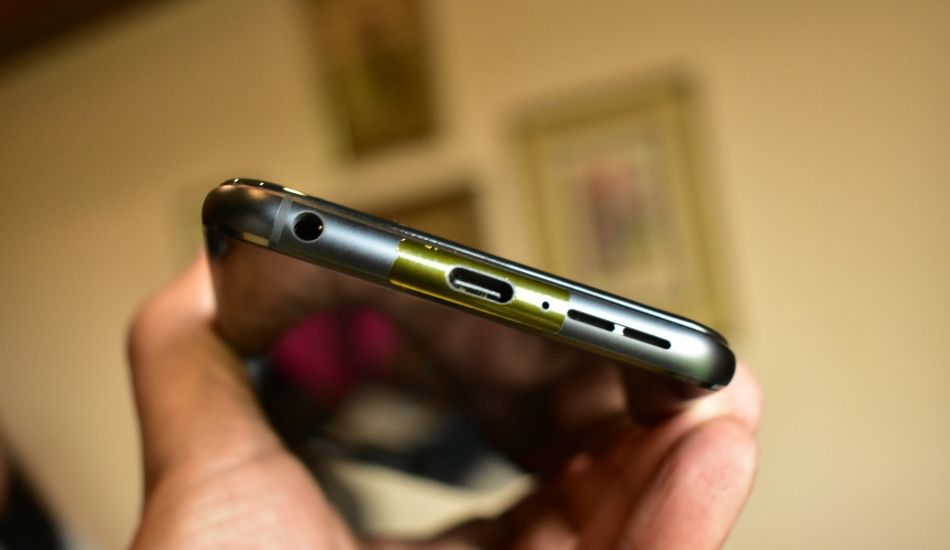 On the software front, the smartphone runs on ZenUI, which is based on ZenUI 6. The company has made some major improvements in the ZenUI and it now features near-stock experience. The company has also cut down the bloatware to just 11 pre-installed applications and it has introduced a new system-wide Dark mode, which is quite decent in our opinion. The company claims that it has an optimised Android framework, which results in faster loading up of apps and it makes the user interface smoother and faster as compared to previous generations of ZenUI.

On the battery front, the smartphone is a powerhouse. The phone is juiced by a massive 5000mAh battery, which is a rarity in this price band. It is quite impressive to see Asus managing to put so much battery power in a compact form factor. Furthermore, you get an 18W QuickCharge 4.0 fast charger, which would be interesting to test in our review. On the connectivity front, the phone is equipped with dual 4G VoLTE, Bluetooth, WiFi, NFC, GPS, GLONASS, dual-SIM and USB Type-C port

The Asus Zenfone 6 is probably one of the best offerings from Asus. The phone is equipped with a premium design and the display looks sharp in our opinion. The hardware is top-notch and the camera innovation is probably one of the best we have seen in a smartphone. The battery is impressive as well and the user interface looks quite clean as compared to the previous generations. As for the competition is concerned, it will face stiff competition with the likes of OnePlus 7 Pro, Google Pixel 3a XL and Samsung Galaxy S10e.