Asus Zenfone 4 Selfie Pro Review: The Force is not too strong with this one! 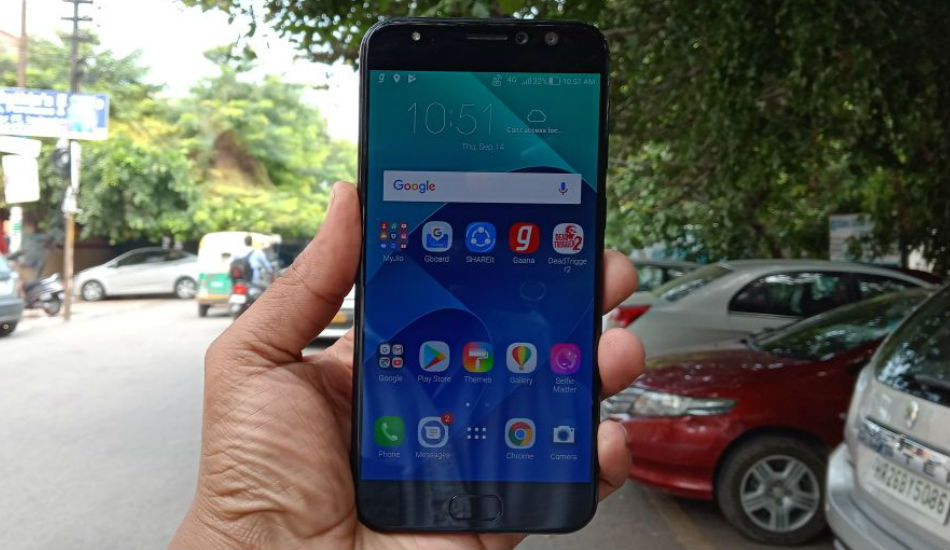 Will it be able to make its place in this heavily competitive market? Let's find out.

Mediocre battery life Selfie cameras could have been better

All the devices come loaded with some interesting specs, but it is Zenfone 4 Selfie Pro, which offers better selfie camera. The smartphone gives a pretty slim look and dual front cameras have a lot to offer. But will it be able to make its place in this heavily competitive market? Let’s take a closer look.

The first thing you will notice about the Zenfone 4 Selfie Pro is the sleek look. The phone is just 6.85mm thin and weighs 147 grams, making it one of the slimmest smartphones available in the market. The edges are chamfered, which again adds some brownie points to it and there is gentle curve around the corners, which makes it easier to hold the device. To be honest, this is one of the best-looking smartphones from Asus till now. The front sports a 5.5-inch display with some minimum side bezels, while the top and bottom bezels are respectively low as compared to other smartphones at this price range. 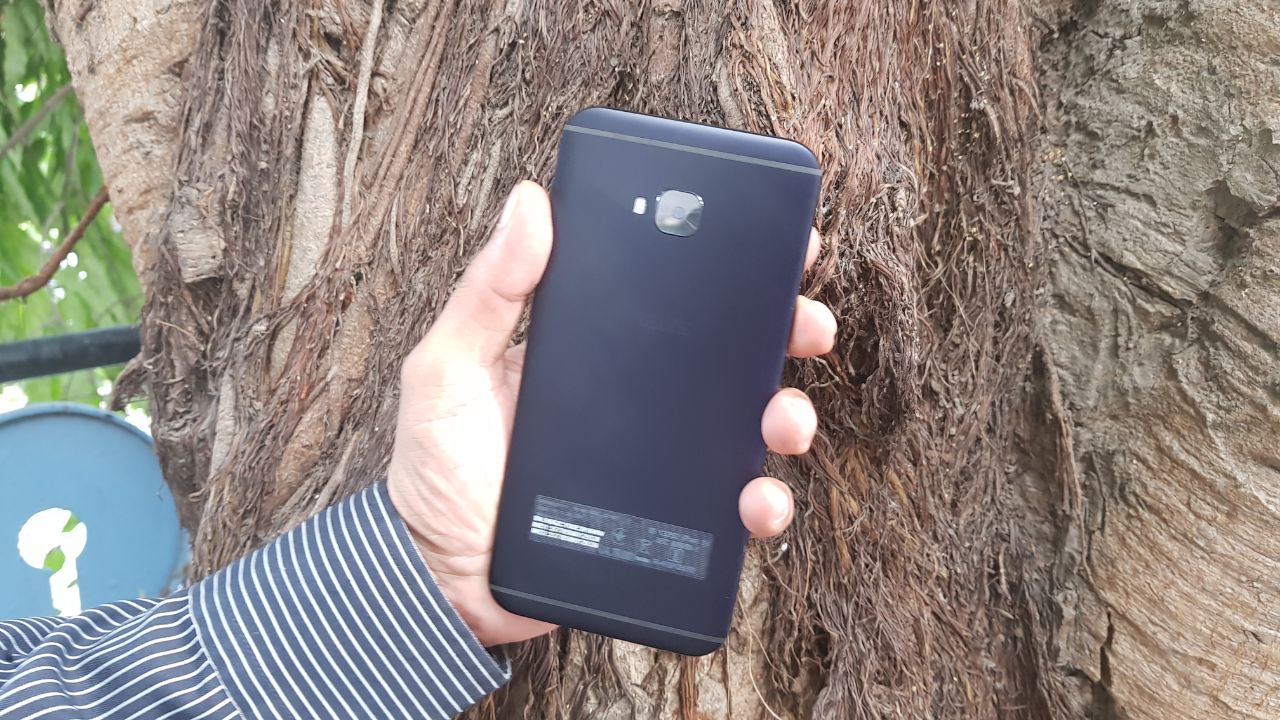 You will see the dual front cameras at the top of the front panel, while the bottom houses a home button which is flanked between a recent menu and back button. The home button also acts as a fingerprint sensor, which is quite fast for unlocking the device and we were quite impressed with it. The right houses a power on/off button, which offers some good feedback, but the volume controls are situated a bit on the upper side that sometimes makes it difficult to reach it. The back is flat and you will find primary camera situated at the top-center position, which is accompanied by a LED flash. The top of the device is bare, while at the base, you will see a headphone jack, micro USB port, and a speaker grille. Overall, the smartphone does give distinct looks and it surely is lightweight when you hold it.

Coming to the display department, the Asus Zenfone 4 Selfie Pro sports a 5.5-inch Full HD AMOLED display with a screen resolution of 1920 x 1080 pixels, which is protected with 2.5D curved glass and features 500nits brightness. During our testing period, there were no major scratches, which is a good thing and the display is bright enough for outdoor conditions. Being an AMOLED screen, it offers some vivid colours output with some deep blacks making the whole viewing experience a pleasurable one. However, there was a warmer tint all over the display, which can be easily adjusted by choosing a cooler tone from the display settings. 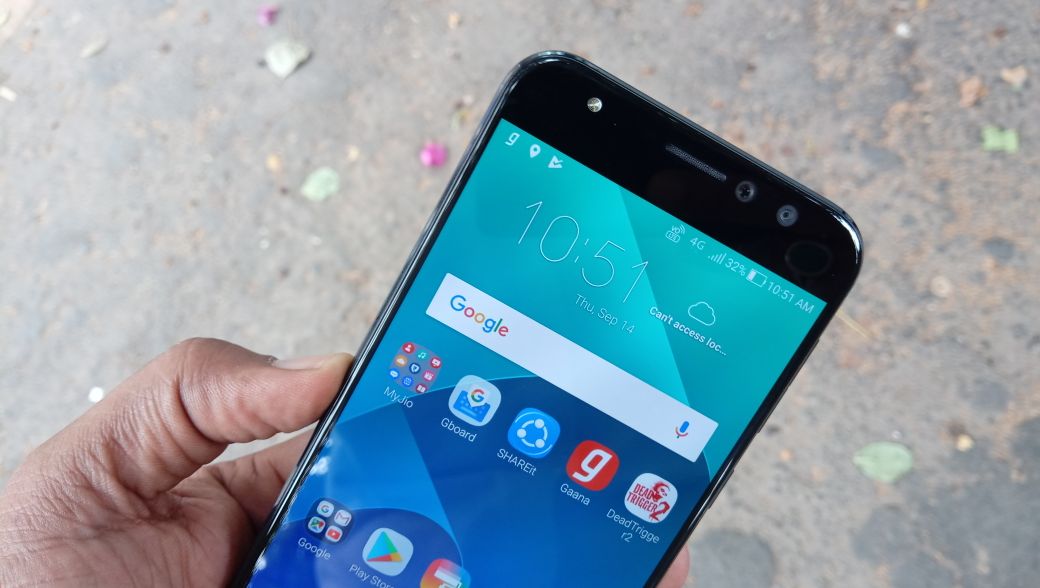 The phone also comes with Always-On display, which is a nifty addition. However, there are limited clock styles, which comes pre-installed on this one. Further, we also found out that sometimes there was a difference of time shown on the AOD panel and actual timing. Also, we would have liked if the company could have some more features on it like Motorola did with its Moto Display.

A not-so-Pro in taking selfies

The Asus Zenfone 4 Selfie Pro 24-megapixel DuoPixel main selfie camera with Sony IMX362 image sensor, ƒ/1.8 aperture, 1.4µm pixel size and ASUS SuperPixel Engine enabling 2X light sensitivity. The secondary camera is a 5-megapixel sensor with 120-degree wide angle lens. On the rear panel, there is a 16-megapixel rear camera with dual-tone LED flash and PDAF. That said, the performance of the selfie camera came out to be a mixed bag one. Basically, the primary camera sensor is of 12-megapixel and it can take up to 24-megapixel photo with DuoPixel technology.

There were some consistency issues during our review period. In some lighting conditions, the selfies came out to be pretty decent, but in some, there was a loss of quality. Further, there was a drastic loss of quality when you switch on the wide angle lens. The photos taken from the wide angle lens came out to be a bit blurry and grainy in nature, which is not a good thing. In some cases, we found out that the camera was overexposing the image, which is not a good thing. However, the beautify mode does a good job of smoothing and blemishing the skin tone. 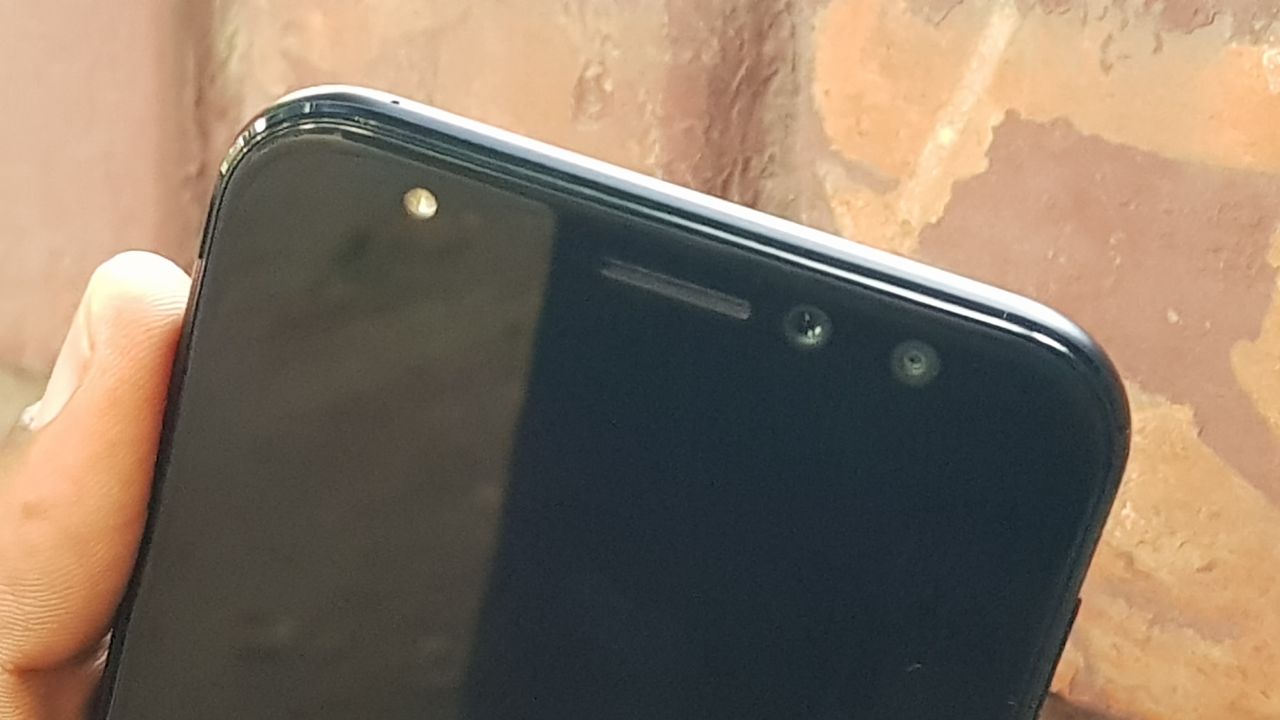 Further, we found out that during the DuoPixel mode, which can be activated by going to the settings menu, we were not able to access the front flash feature. We think this is a mere software glitch, which can be fixed via an update.

Coming to the rear camera, the phone does a decent job in most of the scenarios. The phone was able to capture some good photos with colours being close to the source and well-detailed shots in broad daylight conditions. However, same cannot be said for the low light shots as there was a noticeable amount of grains and noises.

Standard specs and a decent performer

On the hardware front, the Asus Zenfone 4 Selfie Pro is powered by an octa-core Qualcomm Snapdragon 625 processor along with Adreno 506 GPU. The phone is backed by a 4GB of RAM and 64GB of internal storage, which can be further expanded up to 2TB via microSD card slot. The Asus Zenfone 4 Selfie Pro packs 3000mAh battery and carries a fingerprint sensor on the front. On the connectivity front, both the devices support 4G VoLTE, WiFi 802.11 b/g/n, Bluetooth 4.0, GPS and dual-SIM slot. 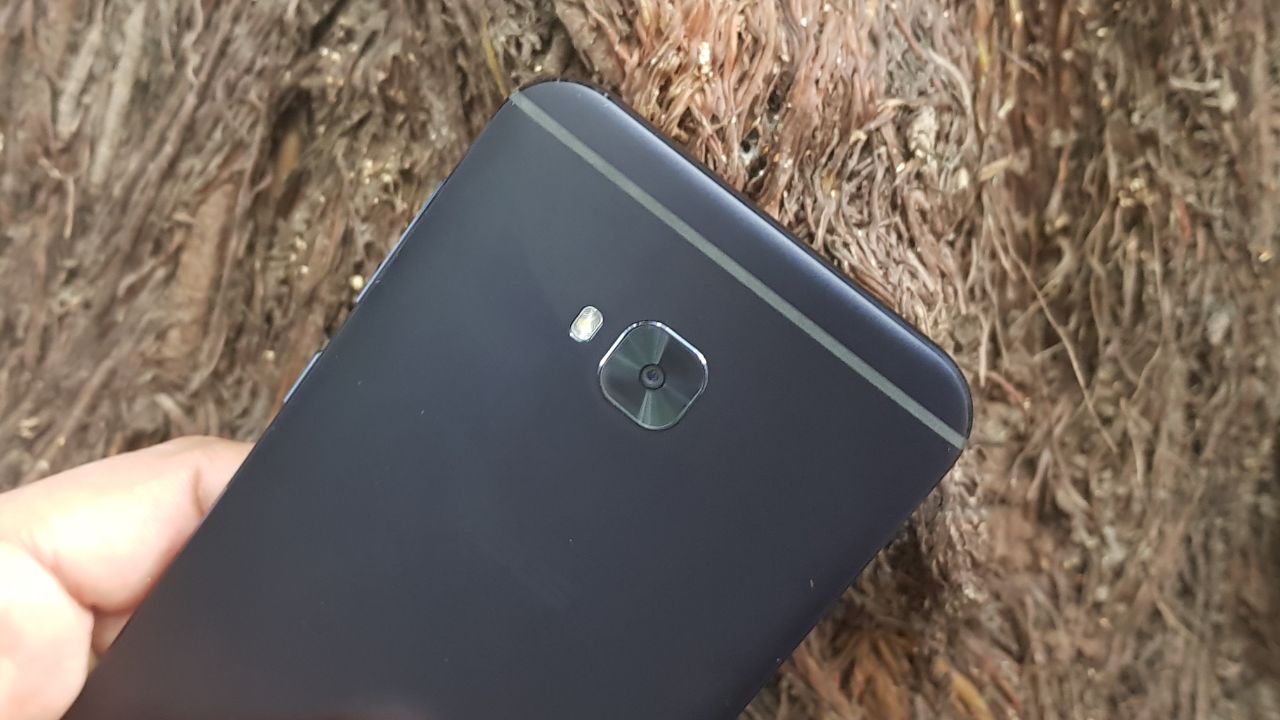 That said, the performance of the device is quite satisfactory. The phone is able to handle most of the daily tasks like social media, browsing and more effectively, while the multi-tasking is up to mark as well. On the gaming front, it handles most of the casual gaming like Stick Cricket, Drifty Chase with such an ease, but when it comes to graphic-intense games like Assassin’s Creed: Pirates, Asphalt 8: Airborne and more, we noticed some minute lags and it runs at a lower frame rate. However, there was no instance of overheating, though it does get a bit warm during the gameplay session.

The battery, on the other, a big disappointment. The 3000mAh battery hardly makes it through the day under normal usage, which is seriously not a good thing. Under power usage, it tends to deplete at a faster rate and we got around 4 to 5 hours backup time during the review period. The phone supports fast charging, but still, it takes a lot of time to get fully charged up. Other than this, the audio quality of the smartphone is quite good and you can thank DTS:X for that. One can change the settings according to their choice, which is a good thing. The call connectivity is good and the earpiece volume is clear to listen.

ZenUI gets a major reshuffling

Another highlight of the device is the latest ZenUI 4.0, which runs on Android 7.1.1 Nougat. The company says that the devices will be upgraded to Android 8.0 Oreo, which is a good thing. Coming to the user interface, Asus has been guilty of adding a hell number of bloatwares to its user interface in the past and with ZenUI 4.0, it is rectifying this mistake. The UI now comes with minimal bloatware, which is a good thing. 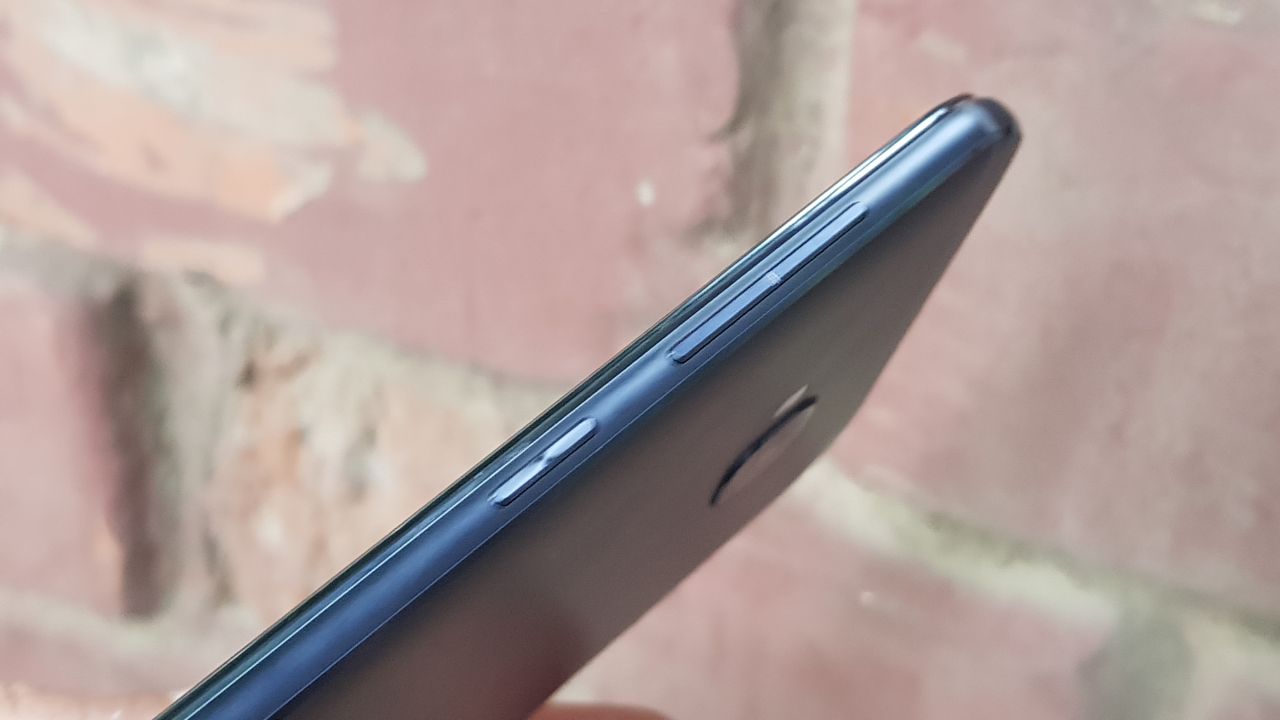 The company has retained the only handful of useful apps and one of them is Mobile Manager. Through this one can clear background apps, clean cache and adjust the power saver mode. Other than this, there is a Go2Pay and WebStorage apps along with usual Google app suites. The overall look and feel of the user interface are more refined as compared to the previous ones. You also get a lot of options to customize it and it can be accessed by a long press on the home screen. There is an app drawer, which can be organised in different preferences. Overall, if you ask us, then the company has done a good job in optimizing its user interface.

To conclude, the Asus Zenfone 4 Selfie Pro does sport a sleek look and it is certainly one of the slimmest smartphone available in the market. However, when it comes it clicking selfies, the phone does a good job when the lighting condition is good, but there is a loss quality when you switch to the wide-angle lens. The rear camera does a decent job as well. Coming to the performance, there isn’t much to complain, but the battery backup is not up to the mark. Considering the price tag and specs and performance it offers, the Zenfone 4 Selfie Pro looks a tad overpriced smartphone, especially when you get the same specs around Rs 15,000 in India.