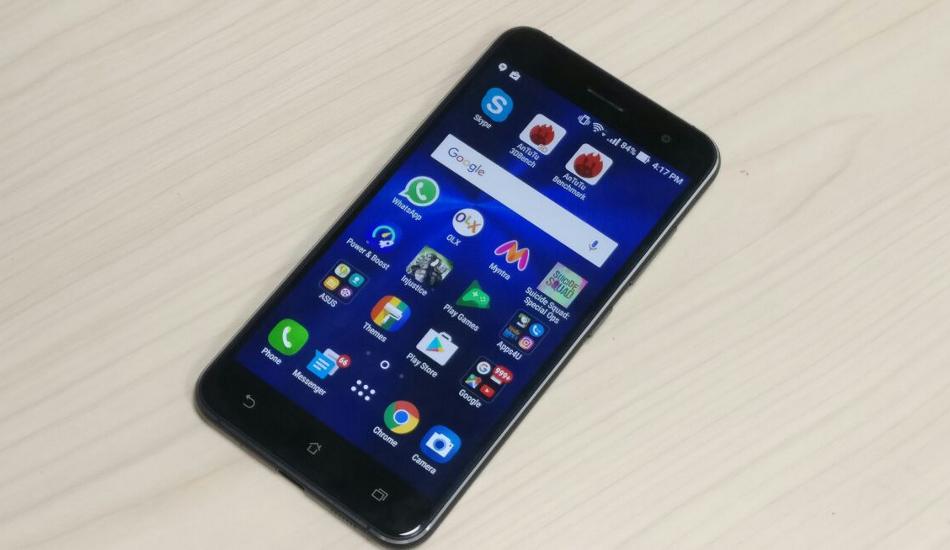 Asus Zenfone 3 is looks stunning in glass body and is pleasing in most departments.

Asus Zenfone 3 landed in India just this August and it instantly attracted its attention mostly due to its price factor which was on the higher side and most were not expecting that.

With Zenfone 3 series, Asus has also adopted a new design language of glass and metal build which was frowned upon earlier years. Manufacturers usually abhorred glass design and it makes devices slippery, delicate and fingerprint magnets. But this year, many handset makers have adopted glass design.

Note that for review, I got the 3 GB RAM model.

The Asus Zenfone 3 comes in white, black and golden colours but as of now only the first two models are available. I have seen the white model in pictures only and cannot imagine how the gold colour looks like but the black model which I got for review is just amazing.

I had reviewed several Asus phones in the past and it was quite difficult to think that this has been made by Asus. In total contrast to plastic, bulky and curvy phones, the Asus Zenfone 3 comes with a refreshing slim and shiny profile. The sharp, wide edges gave way for curved and smooth edges.

Also, despite having a 5.2 inch display and plenty of real estate around the display, the Zenfone 3 is quite compact and can be easily gripped. The glass finishing worried me a bit initially but it wasn’t grave but yes you have to be a bit extra careful while holding it or placing it on a table as on a sloped surface, it slides. Also the phone needs to be wiped clean every now and then as the body attracts a lot of smudges. This is why it should have been made water and dust resistant which would have allowed users to keep it clean and shiny.

However, one thing is certain – it will get you some eyeballs.

The Asus Zenfone 3 has 3 GB of RAM and 2 GHz Snapdragon 625 64 bit octa core processor. Few of its rivals have much better Snapdragon 820 processor. However, that does not mean it is slow or stutters. It has plenty of muscles to run high end games and do multitask.

The ZenUI though could be polarising. The Android Marshmallow based ZenUI 3.0 is stuffed with features â€“ the more you dig, the more jewels you find. But those who want a simple smartphone experience, this could be very irritating. I would suggest Asus to offer an option to its users to either have the Zen UI or a simple Android UI.

With IPS full HD 5.2 inch display, the phone also offers plenty of space to fully enjoy games. The screen has decent brightness and touch response. The display has glove touch support too and the screen showed no sign of problem while using with gloves. However, I think the saturation levels on the Zenfone 3 screen are on the lower side.

The Asus Zenfone 3 has a 3000 mAh non removable battery which comfortably gave me over a days back up on average use and on intensive users, it may give 7-8 hours of back up. Consider this – I started with full charge at 9 AM and watched a full HD video for about an hour, listened to music for about two hour, surfed internet for about half an hour (not in a stretch though) and clicked several photographs. Besides, I was using few calls and was on roaming. I was also constantly checking the phone every now and then. Despite that the phone did not require charging till the next morning.

The Zenfone 3 has a hybrid SIM slot but thankfully, even this model has 32 GB of internal storage which is quite enough for most users. I had extensively used its 4G network and most of the time was satisfied. Though I did not enjoy calling on this device, I cannot blame the Zenfone 3 considering severe call drop issues in Delhi NCR these days â€“ it totally be the fault of my telecom operator. Thankfully,

As far as GPS is concerned, It takes a bit of time to pinpoint location and didn’t give me the best experience.

With 16 megapixel rear camera and 8 megapixel front camera, the Zenfone 3 promises a lot on paper. And it delivered on those promises as well. It was equally good in low and bright lights. Other camera aspects like focusing, colour output etc were as good as I had hoped for. You can check out its camera samples here.

The Zenfone 3 (3GB RAM) model is an all-rounder for sure and it doesn't have much loopholes to complaint. Asus should also be congratulated for moving away from its older curvy and plastic design. But those who are not confident of handling a glassy device or do not like complex interfaces, should stay away from this.