The Asus TUG Gaming FX705DY is priced rs 69,990 and it will be available for purchase from retail stores across the country. The major highlight of this laptop is the new AMD processor like we said earlier. However, the question here is whether it can withstand the competition? Let’s take a closer look.

Asus recently announced the launch of new entry-level gaming laptops for the Indian market with the launch of TUF Gaming FX705DY and FX505DY laptops. The laptops are equipped with the latest AMD processor and feature Radeon graphics.

The Asus TUG Gaming FX705DY is priced at Rs 69,990 and it will be available for purchase from retail stores across the country. The major highlight of this laptop is the new AMD processor. However, the question here is whether it can withstand the competition? Let’s take a closer look. 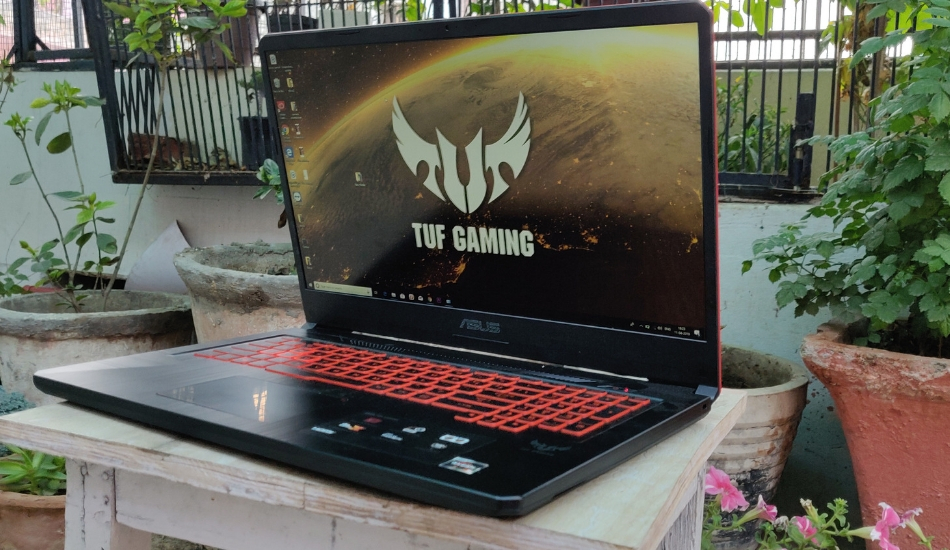 Starting with the design, the new Asus TUF FX705DY laptop is built to be sturdy enough. Despite being a 17.3-inch display, the laptop does not feel too heavy and it is slim as compared to the other gaming laptops present in this price range. You will find it comfortable to carry anywhere you like. The laptop is also military-grade MIL-STD-810G certified, meaning that it is built to be robust and sturdy.

The lid is made of plastic and it features a brushed aluminium feel to make it look premium in nature. Once you open the top, you will notice that the display is immersive with minimal bezels at the side. The full-size keyboard lays at the second half and so is the trackpad. Talking about ports placement, the left features DC-IN port, Ethernet, HDMI, three USB ports and a headphone jack, while the right features Kingston lock. That said, the laptop is majorly made of plastic, but still, it feels sturdy and premium in this price range. 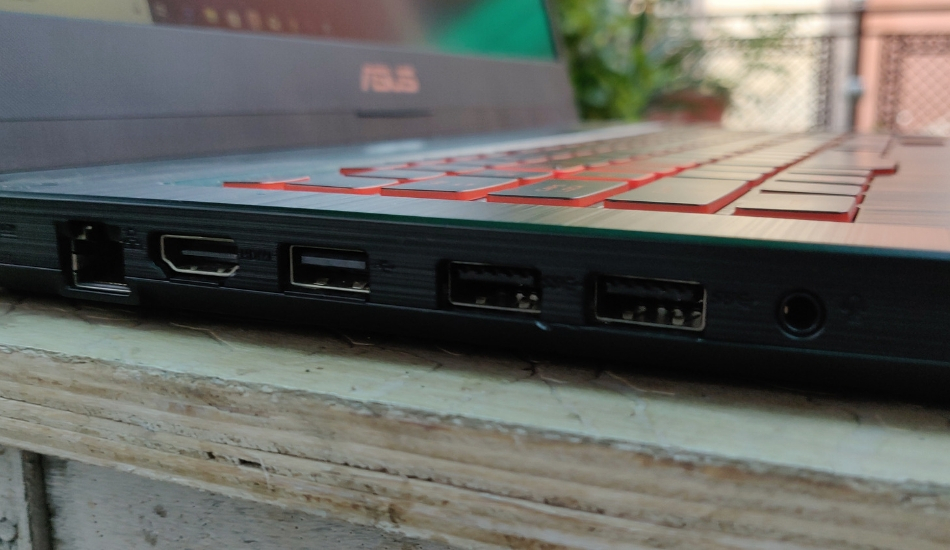 Coming to the display, the laptop features a 17.3-inch Full HD display with a screen resolution of 1920 x 1080 pixels. The laptop offers good colour reproduction and the viewing angles are decent. However, it is a bit reflective andwe also noticed some glitches on the screen, which was quite weird in our opinion. But apart from this, the display is decent, though the 60Hz refresh rate might be a let down for modern graphics games.

Coming to the keyboard, the company claims that it is desktop-inspired. The keyboard offers key travel of 1.8mm and it is backlit. In our testing, we found that the keyboard is comfortable to use for long typing sessions. The company has placed the keys decently and it has also highlighted the WASD keys, which makes it easier when you are playing games. Furthermore, the backlit keyboard is also helpful when you are typing in low light. 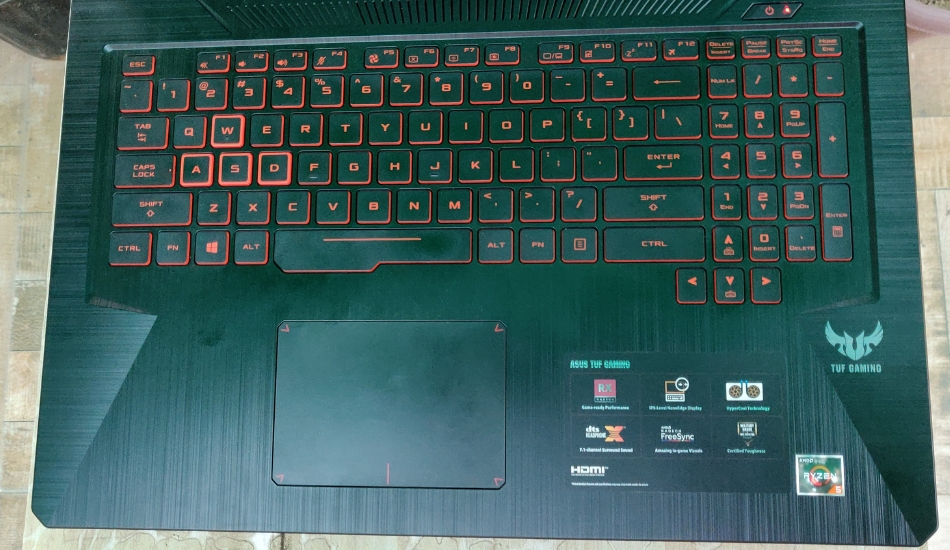 However, we didn’t like the posting of the arrow keys as most of the time we were confused between 0 and upward key. Apart from this, the keyboard is quite comfortable in opinion. Coming to the trackpad, it works fine as well and you will not have much trouble using it. 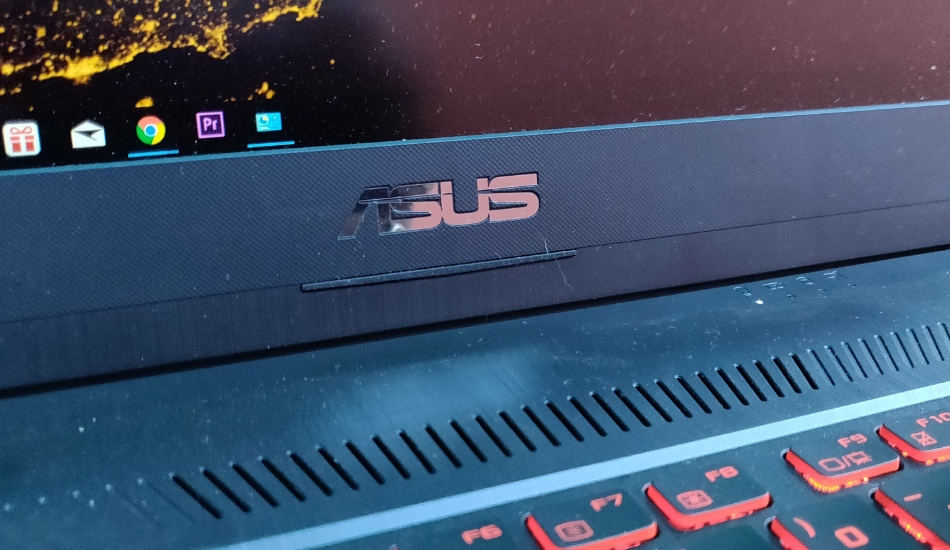 That said, the laptop flies in daily tasking like using it for some browsing, or using Microsoft Office and more. Coming to multi-tasking, you will face no issues as well. We opened more than 20 tabs on Chrome and played a video on Netflix, while using Microsoft Word and switched between the applications. The results were decent, though we noticed some minute lag when you stretch the multitasking part. We also did some light video editing on this laptop and the result was average.

On the gaming front, the laptop is able to handle most of the casual games like a piece of cake. However, when it comes to modern graphics games, it shimmered a bit and the performance is not that great in our opinion. But still, you can play some older titles on this laptop and also some esports games with lower graphics settings as in such games the frame rate matters the most. Coming to the heating part, the laptop is equipped with HyperCool technology with dual-fan design that helps in managing the temperature of this laptop during prolonged gaming sessions. 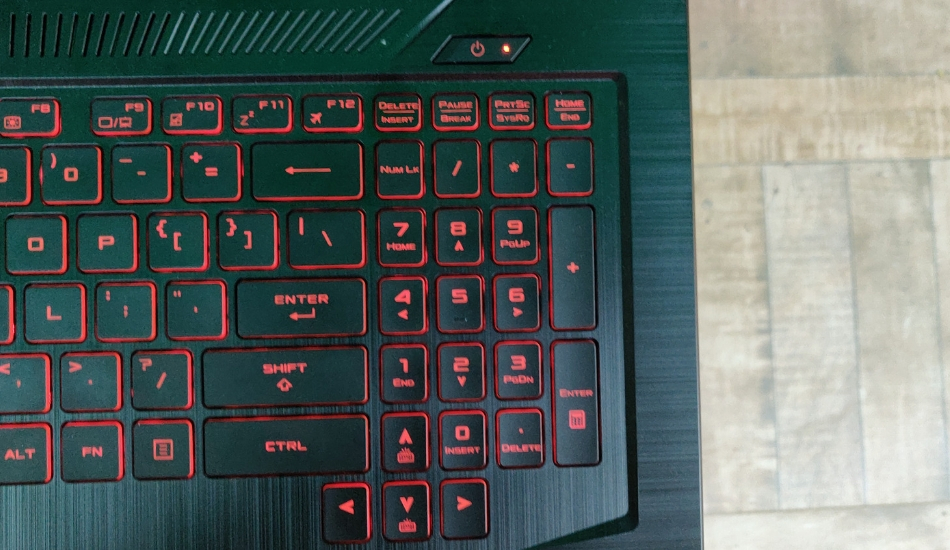 Coming to the battery life, the ASUS TUF Gaming FX705DY offers 4 -Cell 64 Wh Polymer battery. In our testing, we found out that the battery performance was quite impressive on this laptop. Under day-to-day usage, the laptop lasted 7 hours. Under power usage, we found out that it lasted somewhere around 4 hours. The charging speed is good.

On the audio front, it is loaded with stereo speakers with support for DTS headphones. The audio performance is below par of this laptop as it lacked the much-needed bass and the highs are not that great as well. Frankly speaking, were quite disappointed with the audio performance of this device.

The Asus TUF Gaming FX705DY is loaded with some sturdy design and the display looks good, though the glitches were mood spoiler. You will face no trouble using it as a daily driver, however, modern graphics games do not go well with this laptop. That said, if you want to some esports games and want to enjoy the big screen, then you can consider this as an option, otherwise, there are other options available in the market as well.