Air Droid lets you sync your apps, music videos and files with Android device right from the desktop and that too without any wires.

There are several syncing options for Android devices. For instance, one can simply use the data cable to transfer files from a PC to the Android device or vice versa. There are cloud storage services also but none of them allows users to control their Android tablets or smartphones from PCs.

However, there is an application called AirDroid in the Google Play store that not only allows users to transfer files from PC to Android phone and vice versa but it also allows them to do a lot more on their Android devices from their PCs.

For instance, it allows users to receive, send, forward or delete SMSes from their PCs. You can also install and uninstall apps of your smartphone from your computer. Similarly, you can control music, contacts, photos, ringtones etc of your smartphone using a computer. Thus the AirDroid app is ideal for those who spend most part of the day working on their desktops. 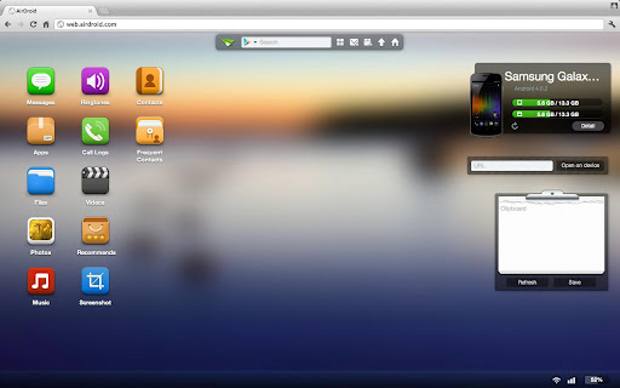 The application, developed by Sand Studios, allows users to connect their PCs with their Android smartphones through internet browser or through WiFi. Not that there are no other similar solutions in the market, but this one is very easy to set up and lets the users work with their usual PC. 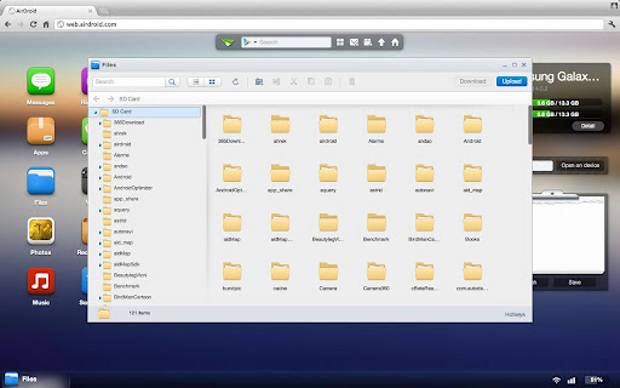 The AirDroid is available for free for Android 2.1 and above devices. However, to make it work, users need to connect both the Android device and the computer to the same network/WiFi. Same network is a must as the application works over local connectivity in order to save data charges too. 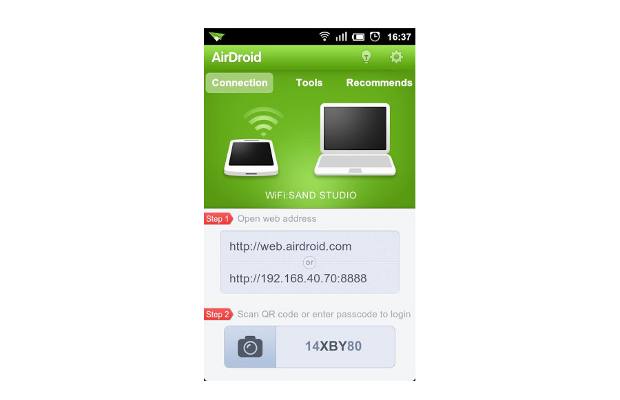 Once the WiFi/connection has been enabled, the app displays an IP address and a password. Users then have to start a browser on their desktop and visit the website (Web.airdroid.com). They can either scan the QR code present on the website or can enter the password to access control of their Android smartphones. Once this done, the connectivity between the computer and Android device takes less than 2 minutes to complete. 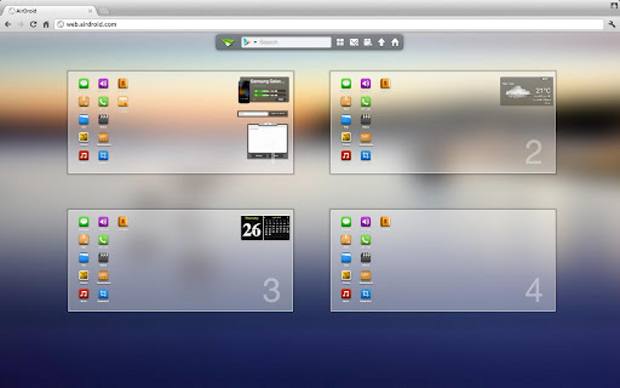 A quick menu and other shortcuts would appear in the browser, which would give users access to the messages, ringtones, apps, contacts, and call logs of their phone. There is a search field on the page as well which the users can use to search apps in the Android Market. A tool on the right side also shows internal storage and SD storage in the phone. The layout of the web interface is simple and allows very easy access and usability.

This neat and free utility makes use of a two way data sync to keep the files updated on the device as well as the computer. Two-way data sync means that any changes made to the content of the folder specified on one device will automatically be replicated in the other device.

Answering SMSes is typically easy with the app as users can access the same on both the screens (PC and smartphone/tablet), so they choose either one of them to answer those SMSes. It has a quick menu which also allows access to five apps, including new contacts, text messages, show desktop, and logging off.