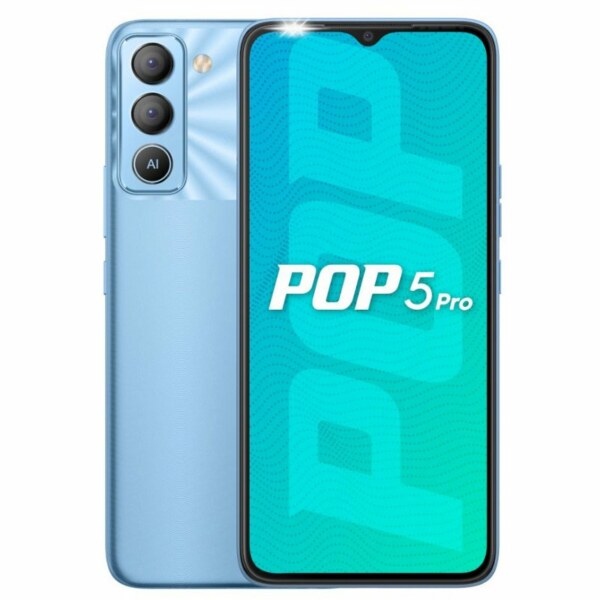 The Pop 5 Pro comes with a 6.52-inch HD+ IPS LCD display with 269ppi pixel density and 480nits peak brightness, and 120Hz touch sampling rate. Further, the phone also supports a touch sampling rate of 120Hz, with a 90 percent screen-to-body ratio, according to the company.

Tecno has not revealed details of the processor powering Tecno Pop 5 Pro, which is paired with 3GB of RAM and 32GB of built-in storage. Users also have an option to expand the storage further up to 256GB via the micro-SD card slot. It is likley to have Quad-Core MediaTek Helio A22 processor.

The Pop 5 Pro comes with a dual-rear camera setup and an LED flash. It has an 8-megapixel rear camera along with a secondary AI lens. handset offers AI portrait mode, HDR mode and supports filters. On the front of the smartphone is a 5-megapixel selfie camera with an f/2.0 aperture lens.