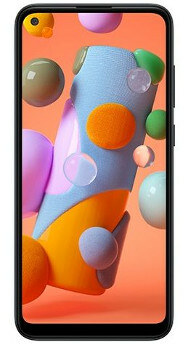 Samsung Galaxy A11 features a 6.4-inch HD+ Infinity-O design display with 720 x 1560 pixels resolution. Samsung did not reveal the name of the processor that powers the Galaxy A11. It has only revealed that the smartphone is powered by a 1.8GHz octa-core chipset.