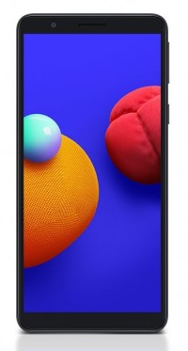 Samsung Galaxy A01 Core features a 5.3-inch HD+ display with a screen resolution of 720 x 1480 pixels and 18.5:9 aspect ratio. The phone features a plastic build with a ridge-like pattern on the back. The phone is powered by Mediatek MT6739 quad-core SoC clocked at 1.5GHz. There is no fingerprint scanner on this phone.

The phone is backed by a 1GB of RAM and 32GB of internal storage. The storage can be expanded up to 512GB with microSD. On the camera front, the phone has a  single 8-megapixel rear camera with f/2.2 aperture and LED flash, while for the front, there is a 5-megapixel shooter with f/2.4 aperture.