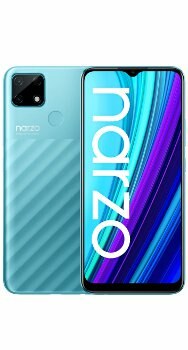 The Realme Narzo 30A runs on realme UI based on Android 10 and it draws power from a huge 6,000mAh battery with 18W fast charging. It has a rear-mounted fingerprint scanner for security.