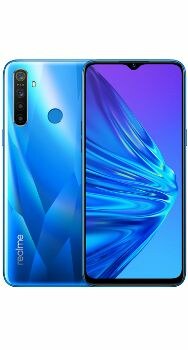 Realme 5 features 6.5-inch HD+ display with a screen resolution of 720 x 1600 pixels with 89 per cent screen ratio and Corning Gorilla Glass 3+ protection. Under the hood, the phone is powered by a 2.0GHz Octa-Core Qualcomm Snapdragon 665 processor coupled with up to 4GB RAM and 128GB storage. The memory can be further expanded up to 256GB via microSD card slot.