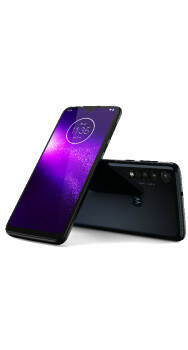 The Motorola One Macro features a 6.2-inch HD+ MaxVision display with a screen resolution of 1520 x 720 pixels. The smartphone is powered by an octa-core MediaTek Helio P70 processor along with Mali-G72 GPU. It is backed by a 4GB of RAM and 64GB of internal storage. The memory can be further expanded up to 256GB via microSD card slot.

The smartphone runs on Android 9.0 Pie and it comes under Android One programme. The phone is juiced up by a 4000mAh battery and the company has bundled an 10W fast charger with the box. The phone comes with a physical fingerprint sensor at the back panel with Moto’s famous batwing logo engraved on it. On the connectivity front, it supports 4G VoLTE, Bluetooth 5.0, WiFi, GPS, GLONASS, dual-SIM and USB Type-C port. The phone measures 157.6 x 75.41 x 8.99mm and weighs 186 grams.