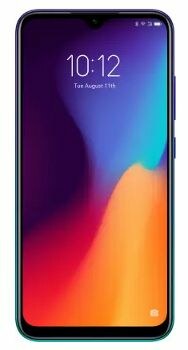 Lenovo K10 Plus features a 6.22-inch dewdrop notch display with 87 per cent screen-to-body ratio and 19:9 aspect ratio. The smartphone is powered by a Qualcomm Snapdragon 632 processor with Adreno 506 GPU. It will have 4GB RAM and 64GB internal storage.

On the camera front, the Lenovo K10 Plus is equipped with a triple-camera setup with a combination of 13-megapixel primary lens with f/2.0 aperture, PDAF along with an 8-megapixel telephoto lens and a 5-megapixel depth sensor. For the front, the phone is loaded with a 16-megapixel selfie shooter.

On the battery front, the phone is loaded with a 4050mAh battery with which the company claims to offer 388 hours of standby time, 130 hours of music playback, 39 hours of calling, 15 hours of video playback and 9 hours of gaming. It comes with Android 9 Pie-based ZUI 11.