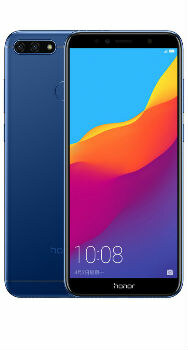 Honor 7A has 2GB/3GB RAM with 32GB internal storage and expandable memory up to 256GB with microSD. The smartphone has a dual rear camera setup which includes a 13-megapixel primary sensor with LED Flash and a secondary 2-megapixel sensor. In its front lies an 8-megapixel camera for selfies and video calls with LED flash, f/2.0 aperture. Besides, a fingerprint scanner also lies on its back panel just below the camera setup.